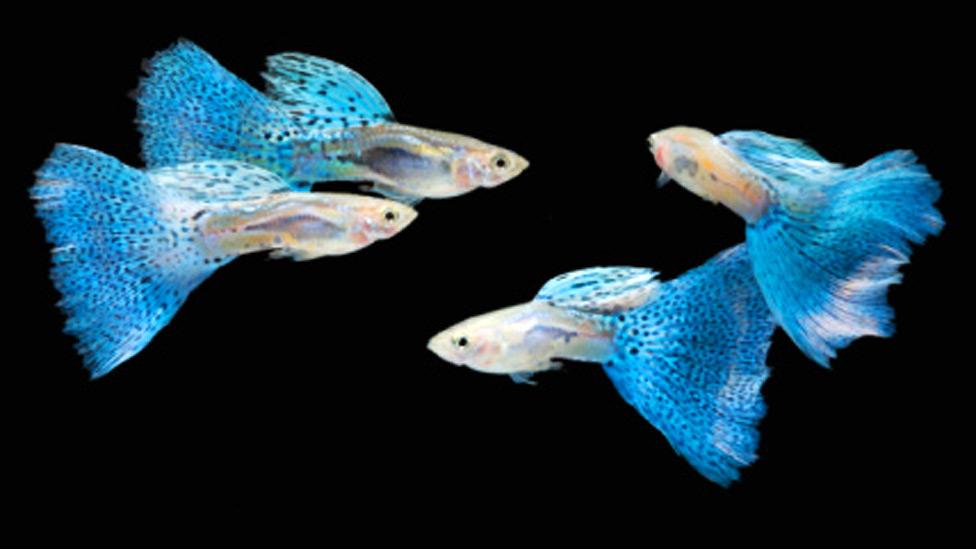 By Philip Ball 29th April 2013
It might seem bizarre, but it raises a deep question about humans – how do we learn to assess and add up things based on what we see?
N

Newborn fish not only can count, but also can be taught to count better. This discovery by a team of psychologists at the University of Padova in Italy, might seem bizarre, even frivolous at first glance, but in fact it bears on a deep and interesting question: how do we assess the number of people, animals or objects based on what we see?

There’s a long tradition of psychological and anthropological research on innate counting systems in humans, which underpins familiar popular notions, such as the existence of cultures whose number system goes “one, two, three, many.” These simplistic ideas can obscure the fact that even some non-human animals recognise that there are different degrees of “many”: that ten objects are not equivalent to a hundred.

Such distinctions matter in the wild. Animals need, for example, to be able to tell which of two food sources is the largest, or to selectively join the largest group of peers so as to maximise their chance of evading predators.

However, there is a difference between seeing that one group is bigger than another, and actually counting the numbers in each group. One suggestion is that animals use a numerical system for very small numbers – up to about 4, say – but use a cruder “this-is-more-than-that” ratio-based system for larger numbers. The two methods aren’t easy to tell apart – there’s only so much that a fish will tell you about its reasoning – but it can be done. For example, discrimination based on the ratio of two quantities should get less accurate as the ratio approaches 1 – better for 1 vs 4 (ratio 0.25) than for 3 vs 4 (ratio 0.75). But if animals are “counting”, the performance should be much the same for all pairs.

On this basis, some fish seem to prefer a number system only up to about 4, and the ratio method thereafter. The ability to make quantitative distinctions based on ratios is something that develops gradually in humans. Six-month-olds can tell apart a 1:2 ratio (not just one and two objects, but, say, 8 and 16), but not until about 10 months do they distinguish 2:3. Pre-schoolers can handle 3:4 ratios, and 6-year-olds can handle 5:6 ratios. In other words, fish are approaching a preschooler’s numerical literacy, and it’s not unreasonable to suspect that studying fish might shed some light on the mathematical competencies of humans too.

For one thing, fish, like children, learn numeracy as they grow. Newborn guppies can discriminate 1 from 2, and even 3 from 4, but the ability to distinguish 4 from 8 or 12 emerges only between 20 and 40 days later. That’s a bit surprising, given that the adult guppies use ratios to judge the larger numbers: you’d think that telling 3 from 4 would be harder than telling 4 from 12. So the newborns seem innately blessed with the capacity to count to 4, but have to learn the ratio method as they grow.

But Laura Piffer and her colleagues at Padova wondered whether newborn guppies already have the mental capacity to learn ratios, or whether that neural hardware develops later? If the ability to distinguish ratios is innate but just needs practice, then perhaps it’s possible to teach this skill to young fish.

But how do you teach maths to a fish? Just offer them food as a reward. The researchers put the fish in a rectangular tank and displayed images of dots at each end, delivering food near the largest quantity. The fishes’ ability to distinguish the two numbers can then be inferred from the length of time they spend near each end: they learn to wait for food by what they think is the larger number of dots.

While newborn guppies couldn’t distinguish 7 dots from 14, after about 20 trials they had learnt to do so. They were then about two weeks old, but still well below the age at which the ratio discrimination system seemed to kick in for untrained guppies. So they seem indeed to be born with this potential ability, and just need to exercise it. This raises the possibility that human babies could have such hidden talents too.

Does this mean fish are smarter than we give them credit for? You could choose to see it that way, but in fact it supports a growing recognition that cognitive processes like counting, which we might imagine to be quite complex, can in fact be achieved with a surprisingly small number of neurons. Counting and comparing numbers might not be as hard as we think.