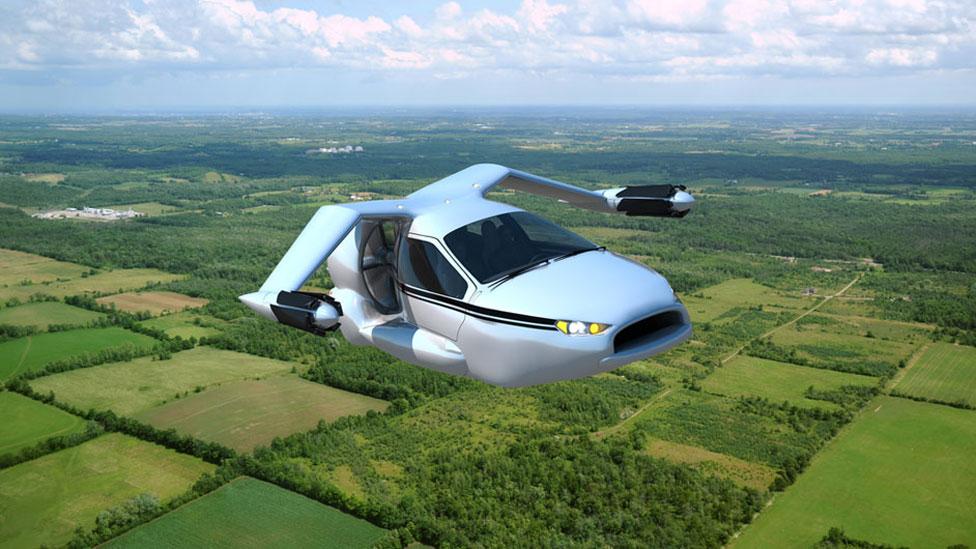 By Jon Stewart 23rd May 2013
An ambitious firm has revealed their plans for a new type of personal air transport vehicle that takes off and lands like a helicopter. Will the idea fly?
I

I received an email this week from a researcher based in Los Angeles, who I wanted to interview. “I hope to be back before 4pm,” it read. “Of course, if I had a flying car I could better negotiate the LA traffic congestion and be back earlier.”

An unusually imaginative response, you might think. In fact it was pretty apt as I wanted to ask him about the future of personal transportation, and the sender was Professor Mario Gerla, who studies traffic congestion, pollution and intelligent transport at the University of California, Los Angeles.

Many of us have wished for a personal flying machine to lift us out of infuriating traffic jams and deposit us on our driveways. With recent advances in materials, power sources, and automation, those dreams may become reality more quickly than many of us realise, as I’ve discussed before. Earlier this month, US aerospace start-up Terrafugia unveiled the TF-X, a concept design for a radical new type of personal air transport vehicle. So I talked to Carl Dietrich, co-founder of the company, to find out how it might work.

“We think this is the right time to start seriously looking at the challenges associated with creating what people call a flying car," he says. "The vision is to try to create the future of personal transportation that people have dreamed about for years." Dietrich believes all the required technology already exists, and that initial discussions with the US Federal Aviation Administration suggest existing regulatory obstacles can be overcome.

Terrafugia is just one of a number of companies proposing personal aviation and it has been taking orders for an earlier design – the Transition, a road-legal aeroplane with foldable wings – for several years. The TF-X design is more futuristic, but is more likely to provide what most of us dream of when we think of flying cars.

One of its main selling points is the ability to take off and land vertically like a helicopter. In car mode, the plug-in hybrid can rely on its electric motors and battery packs. For lift-off it needs extra power from its hydrocarbon combustion engine. Folded winglets are extended. Two huge motor pods on either side of the vehicle are pointed vertically up, and the propellers provide lift. Each pod has 16 independent electric motors, with its own controller and battery pack, meaning a failure is not catastrophic.

When it attains the required altitude the pods start to point forward. A ducted fan at the rear provides thrust and the wings start to operate as a conventional aerodynamic surface to provide lift as it accelerates. At full speed the propellers on the ends of the pods fold back and the vehicle enters “cruise” mode. The TF-X has a maximum speed of 200 miles per hour and a proposed range of 500 miles.

“With electric propulsion we can go to much higher levels of what we call parallel system architecture, so a given failure of a battery, or a motor controller, or even a motor itself, would not necessarily result in total loss of propulsive capability,” says Dietrich. “One of the big advantages of going to electric-powered aircraft is that there is the opportunity to change the system architecture away from what’s been typical in aviation to date where you have one, two, or four engines tops,” he adds.

“It’s definitely an interesting proposition,” says Dr Frank Nieuwenhuizen, Aerospace Engineer at the Max Planck Institute for Biological Cybernetics, and one of the people behind the EU MyCopter project that looks at how the air transport industry might change over the next century. “The vision takes parts of what we think is important for a personal air transportation system, like the vertical takeoff and landing feature for example.”

However Nieuwenhuizen cautions that futuristic visions are not enough to get flying cars off the drawing board. “It’s not just the vehicle, it’s the complete system that has to be set up for something like this to be useful. Acceptance is a big part of it, and that’s where a lot of work still needs to be done in terms of what will actually happen when something like this becomes available. Would people want such a flying vehicle above their homes all the time?”

Mario Gerla likes the idea but warns the concept has significant hurdles to overcome. "We always think how nice it would be if we're stuck in a traffic jam, to all of a sudden, just take off from the road pavement and go where you want," he says. "I can understand the idea of flying from airport to airport, folding the wings and becoming a car. In the air, you're just one more plane. But if you take off from your parking lot and fly a few blocks away, it is more like a helicopter. It becomes much more flexible, and interesting, but maybe dangerous."

Terrafugia originally hoped to be shipping its less radical Transition in 2009, but now says the first customers will take delivery sometime in 2015 or 2016. As for the TF-X, Dietrich acknowledges the concept is a long way from becoming airborne, but he says discussing the idea early is a way to shorten the time it will take to make it a reality, which he currently estimates as between eight and 12 years.

“We’re a small company," he says. "We do have expertise in developing flying/driving vehicles now, but we haven’t developed an electric powered aircraft before. That’s a reason to take the concept public – to find potential development partners.”

Reservations are being taken for the TF-X, although its price tag has not yet been revealed. It's a fair bet that it'll cost more than the quoted $279,000 that the Transition will set customers back by.

But even those of us unlikely to be able to afford the first personal flying cars when they become available will benefit thanks to our early-adopting neighbours, says Gerla, who as a result may be able to get home from his office at UCLA more quickly.

“If you could levitate just some of these cars, fly them through the air and deposit them somewhere else, you could remove some of the major road congestion,” he says. “Just removing 10% or 15% of the cars would help it all flow again.” 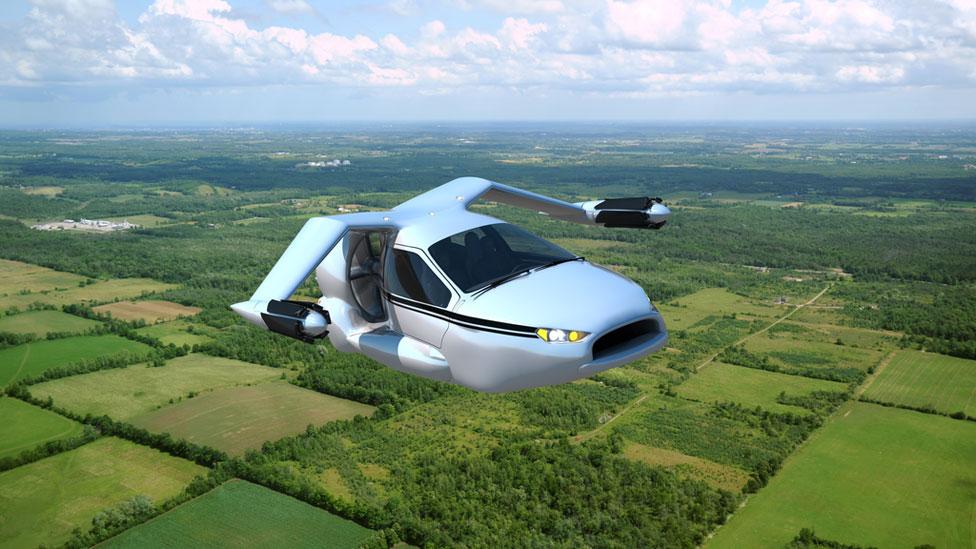 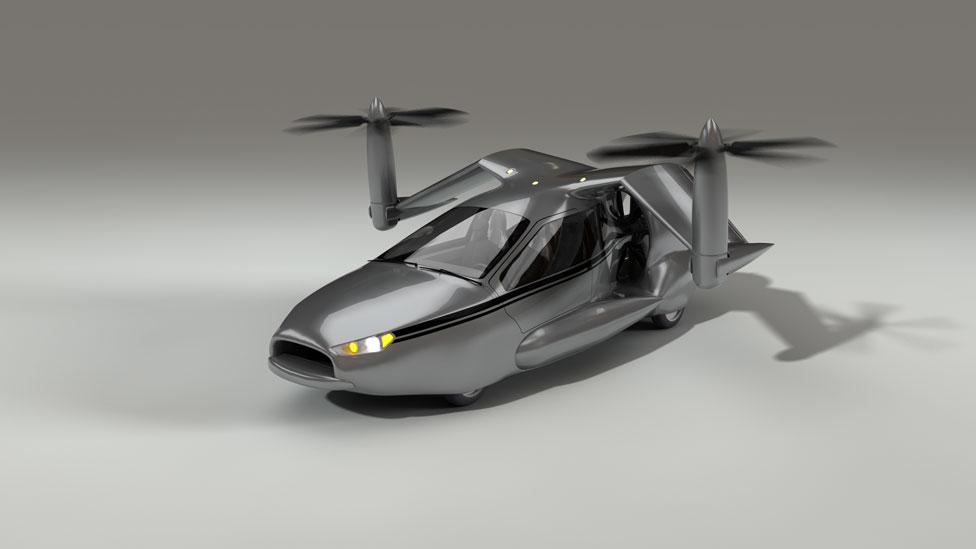 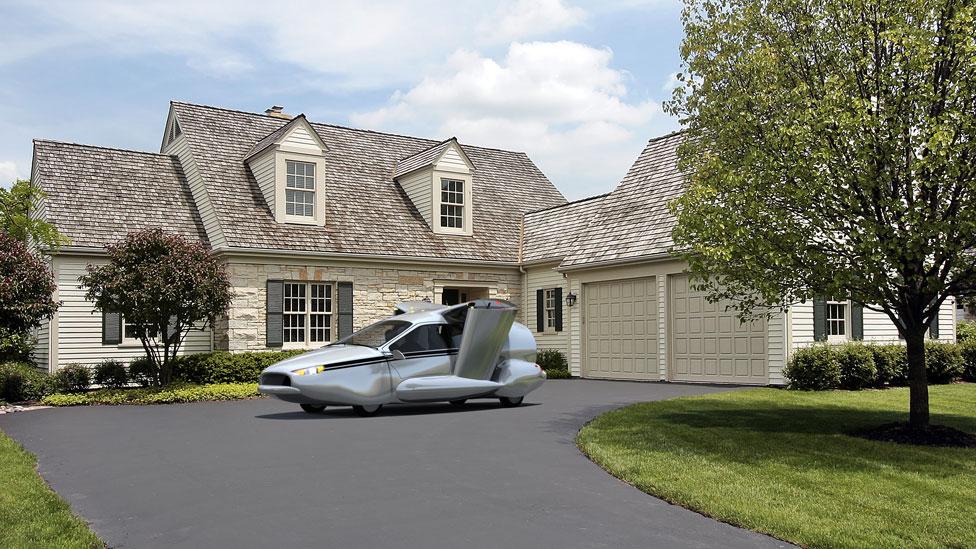 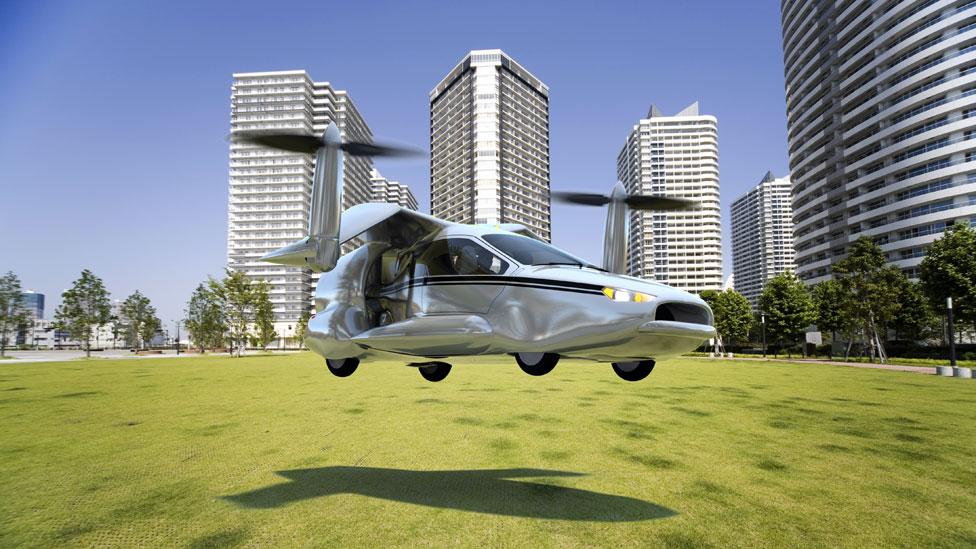 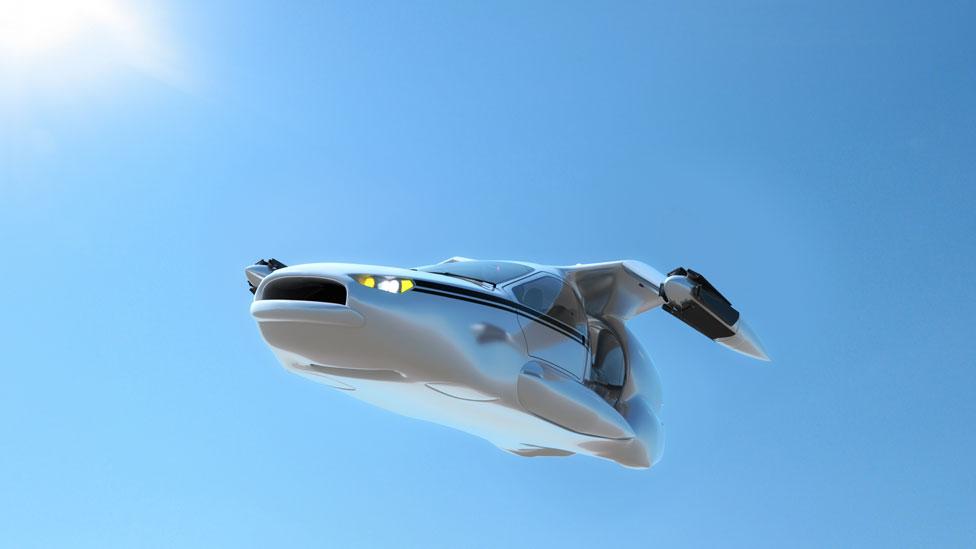