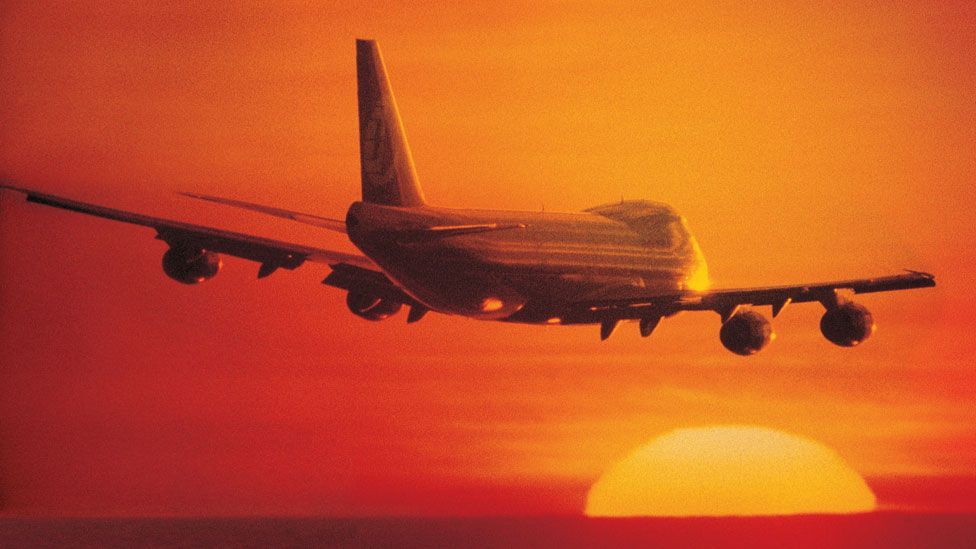 By Katia Moskvitch 5th June 2013
Mobile phones and other gadgets could interfere with sensitive electronic systems, some theories suggest. So why is it still so difficult to prove the truth behind the claims?
I

I have a guilty secret to confess. My plane was preparing for take-off from London’s Heathrow Airport in March when a flight attendant made the usual request for passengers to turn their electronic devices off. Far from complying, I pushed my smartphone deeper into my pocket. I had important work messages to check, and surely my little handset wasn’t going to cause the plane to plummet from the sky, was it?

It seems I'm not alone. A recent survey found around four out of 10 US air passengers admitted they don’t always turn their gadgets off on flights. One notable occasion saw the actor Alec Baldwin reacting furiously on Twitter after being kicked off a Los Angeles-to-New York flight before take off for refusing to stop playing the online game Words With Friends on his phone.

According to regulations, which are pretty uniform around the world, the use of portable electronic devices is not allowed below around 3,000m (10,000ft), even in "flight mode” which stops the transmission of signals. Above this height devices like laptops and music players can be used, but phones must remain off. These rules are important, we are told, to avoid potentially dangerous interference between signals from these devices and sensitive onboard electronic systems. But do these fears have any scientific basis, or is it time to relax the rules?

The fear of interference comes from the fact that gadgets connect to the internet or to mobile phone networks using radio waves. To explain the theoretical dangers, Peter Ladkin, Professor of Computer Networks and Distributed Systems at Bielefeld University, Germany, uses the analogy of holding a blowtorch to your household heating pipes. The central heating system in your house makes changes based on the readings of thermometers within those pipes, so the blowtorch will heat the water, change the temperature readings and trigger the system to make adjustments.

Personal mobile devices could act in a similar way on aeroplanes, on which hundreds of electronics-based systems, known as avionics, are used for navigation, to communicate with the ground and to keep track of the components that keep them in the air. Some involve sensors that communicate information to cockpit instruments. It's not just an issue with mobile phones. Kindles, iPods, laptops, handheld gaming consoles – they all emit radio waves. If these are at frequencies close to those of the avionics, signals and readings could be corrupted. This could affect systems such as radar, communications and collision avoidance technology, and the problem is potentially magnified if gadgets are damaged and start emitting stronger radio waves than they should, or if signals from multiple devices combine.

So much for the theory, but is there any proof that this is a problem? There are no known recorded incidents of crashes having been definitely caused by such interference, but that said the causes of accidents can sometimes remain unknown. A flight recorder may not identify that a critical system has failed because of electromagnetic interference from passengers’ devices.

But while definite proof may be lacking, there is plenty of anecdotal evidence that the risks should be taken seriously. A report summarising 50 cases of safety issues thought to have been caused by personal electronic devices, was published in January this year. These were compiled from the US Aviation Safety Reporting System, a database maintained by Nasa, to which crew members can anonymously submit reports of safety problems. One such case was summarised as follows: "First Officer reports compass system malfunctions during initial climb. When passengers are asked to verify that all electronic devices are turned off the compass system returns to normal.”

A 2006 analysis of the database identified 125 reports of interference from electronic gadgets, of which 77 were defined as "highly correlated". In one incident a 30-degree error in navigation equipment was immediately corrected when a passenger turned off a portable DVD player. This problem reoccurred when the device was switched back on. Fight crew have reported a number of similar cases in which they have watched readings on navigations systems change apparently in response to passengers being asked to turn specific devices on and off. In another report, the International Air Transport Association (IATA) identified 75 separate incidents of possible electronic interference that pilots believe were linked to mobile phones and other electronic devices between 2003 and 2009.

In the competitive world of aviation, some airlines such as Virgin Atlantic and Delta Airlines have started advertising the use of technologies that allow greater use of mobile devices on flights. In-flight mobile phone systems such as OnAir and AeroMobile use miniature on-board base stations called picocells which allow devices to transmit at lower power levels. Transmissions are processed, transmitted to a satellite and then on to the normal ground networks. This, says AeroMobile chief executive Kevin Rogers, enables the use of mobiles “as a roaming service just like when you go to a foreign country, except that in a foreign country you don’t need a satellite link.” Some airlines are now starting to fit AeroMobile equipment during production.

These systems allow you to use your phone while at cruise altitude, but not during take-off and landing. Rogers thinks that this might change one day, but at the moment it is still difficult to “prove categorically that there is indeed no interference – so airlines tend to err on the side of caution and be conservative.”

But as Rogers adds: “Many phones are always left on anyway. If there was a real risk of interference of a mobile phone or an iPad with the aircraft’s systems, people would not be allowed to take them on the aircraft at all.”

Some air authorities remain unconvinced, however. In-air mobile services cannot be used in US airspace, for example. The US Federal Aviation Administration has come under pressure to relax its rules and last year set up a group of experts to study the question. A decision is expected by the end of this year.

Richard Taylor, a spokesman of the UK’s Civil Aviation Authority, believes it is just a matter of time before we see more widespread use of mobile devices on aircraft, but that calls will remain banned during take-off or landing for the foreseeable future.

“When regulators like us are convinced that an aircraft can be used safely even with portable electronic devices being used in the cabin, that the signal being emitted from the cabin at any stage of the flight can be safely absorbed without affecting any of the aircraft systems, of course the rules will be relaxed,” he says. “But it’s up to the manufacturers, and of course to the airlines, to prove that they are operating the aircraft safely.”

Perhaps that day may come soon. However, having learnt how difficult it is to prove definitively that planes are safe from interference, I'll be making sure my phone is properly switched off in future. After all, when I'm en route to my holiday in the sun, I don't want my handset to be responsible for tricking the pilot into landing in some rainy old place. Or for something even worse.

Medical Myths
1Can you use phones in hospitals?
In Depth
2Mobile's dawning signal crisis
In Depth
3Smart networks for smartphones
Technology
4Sporadic signal and crackly calls
Around the BBC