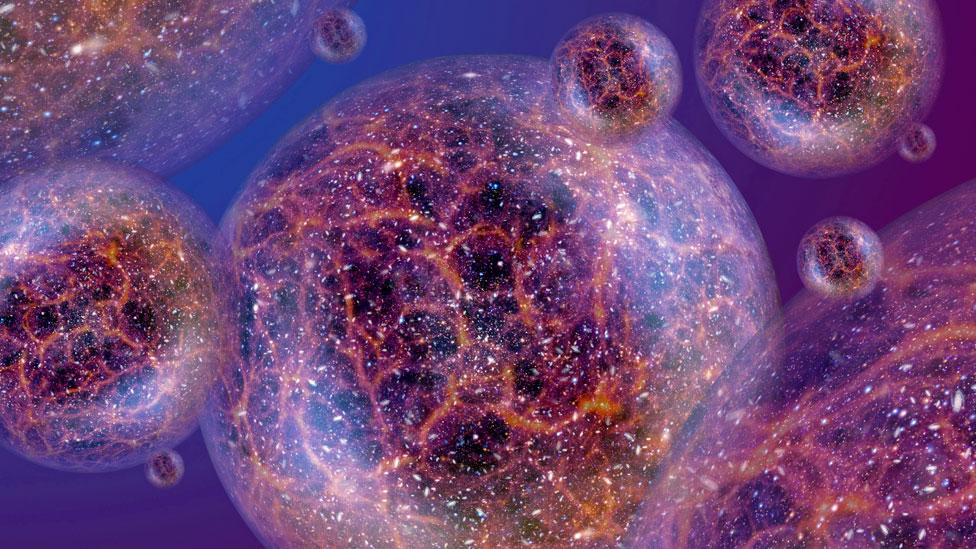 By Quentin Cooper 11th June 2013
There’s a vast amount of fun to be had with the possibilities that other universes exist, so how should we react to claims that some of these might be real?
S

Stand by for something fascinating about mitochondria. Or perhaps the strange properties of molybdenum? Or, better yet, why don’t we dive into the weird world of muon neutrinos?

No, BBC Future hasn’t accidentally published the email of suggestions I sent them. Each is relevant to the subject I am writing about in this article. Just not in this particular universe.

I’m talking about the multiverse theory; the mind-bending idea that there are many if not innumerable other universes beyond our own. There’s a vast amount of fun to be had with the possibilities of multiple universes, and contemplating infinite possibilities soon gets silly. Which isn’t to say serious people haven’t given the multiverse serious thought. Enough of them with enough differing and overlapping hypotheses and terminologies to ensure reality-blurring confusion as you bounce about between “parallel worlds”, “divergent timelines”, “quantum universes” and “n-dimensional branes”.

What’s common to a lot of these theories is that our universe is one of many existing simultaneously with differing contents, even differing physical laws, but which have no relation to each other. And now it’s been claimed that the latest data released from the European Space Agency’s Planck Observatory provides the first “solid proof” that at least some of these other universes could be real.

Such ideas have long bled into popular culture. Although with the bit about having no relation to each other conveniently staunched. HG Wells’ 1923 novel Men Like Gods was one of the first to feature a parallel universe. And whether it’s a transporter malfunction in Star Trek, a dimensional rift in Red Dwarf or the entire premise for series such as Sliders and Fringe, it’s amazing how frequently alternative realities turn up in science fiction. Even more amazing – given that there is nothing I’m aware of in these theories to say other universes must be anything like our own – is that almost invariably they are nearly identical, with just the odd discrepancy. Most often it’s a key historical event having a different outcome, or that all the regular characters have direct counterparts in the alternative timeline only with different moral codes or jobs or hats.

Effectively this just uses the idea of other universes to put a pseudo-scientific gloss on “what if?” stories – making them close relatives of things like Robert Harris’ Fatherland (what if the Nazis won World War 2), It’s A Wonderful Life (what if Jimmy Stewart’s character had never been born) and Sliding Doors (what if I’d never gone to the cinema and wasted two hours). These are tales that make no attempt to pass themselves off as being grounded in science – they’re appealing fantasies – and there is an argument that much thinking about the multiverse should be treated exactly the same way.

Last month I interviewed Lee Smolin, founder of the Perimeter Institute for Theoretical Physics in Canada, one of many big thinkers who have big problems with the multiverse. In his newly published book Time Reborn, he makes the case that although it’s a popular notion our universe is part of a vast or infinite multiverse; it’s based on “a methodological error”. One which he says “cannot lead to any real scientific progress, because we cannot conform or falsify any hypothesis about universes causally disconnected from our own”.

In other words, claiming other universes exist but we can’t observe or detect them is like saying I always dream in Latin: it’s something that’s impossible to prove or disprove, leaving it beyond science and of little practical use.

Smolin isn’t averse to the idea of other universes. He’s even developed a theory of “cosmological natural selection”, where universes give rise to offspring universes with slightly different properties which may make them more or less likely to in turn spawn further universes. But this is different from the popular multiverse idea of all these universes existing alongside each other.

So what about these findings from the Planck Observatory, described by – of all things – Catholic Online as the “first solid proof of other universes beyond ours”? There’s no mention of the multiverse in the latest official European Space Agency data or analysis from Planck. The inference comes from Laura Mersini-Houghton, a theoretical physicist at the University of North Carolina at Chapel Hill, who I met when she spoke recently at a philosophy and music festival in Wales. For years, she’s argued that anomalies in Planck’s map of cosmic microwave background radiation – the aftermath of the Big Bang – can be explained by another universe pulling on our own. Perhaps they can, and some of Planck’s findings do fit strikingly with her predictions. And perhaps in another reality that would be all that’s needed to convince the scientific community that ours is not the only universe. But in this one, for a theory like that to be taken as “solid proof”… that would be, well, unparalleled.

Will We Ever?
1What came before the Big Bang?
Space Station
2Our best hope to find alien life?
Space Station
3Ultimate guide to exploring space
Science/Fiction
4Doomsday delayed... again
Around the BBC