Our best hope for preventing a pandemic threat is to develop a vaccine that protects against all dangerous strains at once. How close are we to achieving this?

It takes just two shots of the MMR vaccine to protect a child against measles, mumps and rubella for life. The same is true for polio and hepatitis B, a few injections grant life-long immunity against these viral diseases. By showing samples of the viruses to our immune system, we teach it to store a permanent memory of these enemies and guard against them in perpetuity.

Influenza is a different matter. There is a vaccine, but we have to take it every year. That’s because flu viruses evolve at tremendous speed. They copy themselves with surprising sloppiness, producing thousands of slightly different daughter viruses. If different strains infect the same cell, they can carry out the viral version of sex by mingling their genetic material to make hybrid daughters. And occasionally, entirely new strains that we’ve never encountered before can spill over into humans from animals.

In order to prepare the immune system in advance for this constantly changing enemy, scientists have to predict the strains that are going to pose the most problems in the coming season. Dead or weakened versions of these viruses are then incorporated into a vaccine, which prepares the immune system for the year ahead. As the viruses evolve, the vaccine must be re-made and the immune system re-educated, at the cost of 2 to 4 billion US dollars every year. This strategy does save lives, but it’s not foolproof. Its effectiveness is much lower in people over the age of 65, and predictions can be wrong, leading to seasons where the vaccine underperforms. Annually, flu kills between 250,000 and 500,000 people around the world, and pandemics have the potential to kill many more. “We can do better,” says Sarah Gilbert from the University of Oxford, UK. “The vaccines we use for flu are really using decades-old technology. There’s nothing else we vaccinate against every year.”

You could argue that we’d be in better straits if it wasn’t for the emergence of another virus that is adept at outmanoeuvring the immune system - HIV. Once HIV was discovered in the early 1980s, “the immunologists who’d done really interesting work on flu in the 1970s started working on that instead,” says Gilbert. “Nothing really very innovative was done with flu for a while.” The presence of the annual vaccine eased some of the pressure and, after all, there hadn’t been a flu pandemic since 1978.

But the last two decades have shaken us out from under this blanket of false security. In 1997, an outbreak in China heralded the spread of H5N1 bird flu into humans. To our knowledge, the virus has so far infected 622 people and killed 60% of them. In 2009, a strain of H1N1 leapt from pigs into humans, triggering the first pandemic for 30 years. And just this year, H7N9 has emerged out of nowhere to infect more than 130 people in China. “We can’t really predict what’s going to come,” says Ian Wilson from the Scripps Research Institute in La Jolla, USA. “But if we had a universal flu vaccine, we could counter all of [those strains] and not worry about a pandemic.”

When flu viruses enter our bodies, they recognise and enter cells using a protein that studs the surface like pins in a cushion called haemagglutinin (HA). When our immune cells see these intruders, they start producing antibodies that recognise HA and stick to it, disabling it and preventing infections. This is why flu vaccines use real viruses - so the immune system can make the right antibodies ahead of time. The problem is that there are 17 different types of HA (an H5N1 virus, for example, carries the 5th subtype) and many different strains within each type. An antibody that neutralises one may not work against another.

There are exceptions though. Some parts of HA are almost always the same, no matter the strain or subtype. They are hard to mutate without compromising the entire protein. But since these conserved regions are found on inaccessible parts of the protein that the immune system cannot reach, it’s hard to make antibodies against them. Hard, but not impossible.

In 1993, Japanese scientists isolated an antibody from a mouse that had been immunised against H2N2 flu. It protected against viruses from the H2 subtype, but also those from H1, H5, H6 and H9. Fifteen years later, other teams found similar “broadly neutralising antibodies” in human patients. The most exciting of these was discovered in 2011 by a group led by immunologist Antonio Lanzavecchia at the Institute for Research in Biomedicine in Bellinzona, Switzerland. Known simply as F16, it’s a super-antibody that binds to all 16 types of HA that were known at the time (the 17th was only found last year).

But F16 isn’t a vaccine in itself. You cannot mass-produce it and inject it into healthy people - their immune systems must learn to make the antibody for themselves. “The good news is that we know where to target and we know human antibodies have done it,” says Wilson. The next step is to design molecules that mimic the part of HA that F16 recognises, to stimulate the immune system into making similar antibodies. “You want it to look like what it does on the virus, but much more exposed,” says Wilson. “You want to focus the immune response on that particular area.”

Another approach might be to display natural HA molecules in a more accessible way. Gary Nabel, formerly at the US National Institute of Allergy and Infectious Diseases, did it by fusing HA molecules to ferritin, a protein that naturally assembles into spheres. Twenty-four of these fused proteins will spontaneously merge into a ferritin ball with eight HA spikes protruding from it. These spikes are far more accessible than they would be on a real flu virus, where some 450 HA molecules are crowded together alongside other proteins. For this reason, the ferritin particles raise 10 to 40 times more antibodies against flu than licensed vaccines, including ones that recognise the HA stem and protect against many strains.

Meanwhile, other scientists are trying to create universal flu vaccines by tapping into a different branch of the immune system. During a bout of flu, our bodies produce swarms of defenders called killer T-cells, which destroy infected cells. These swarms can counter a broad range of flu viruses but they’re short-lived. Once their job is done, they die off. “To a certain extent, we produce universal protection, but it doesn’t last long,” says Gilbert.

But our immune system doesn’t suffer from total amnesia. A type of immune cell called central memory T-cells lurks within our lymph nodes, carrying a record of infections past. They can generate fresh squads of killer T-cells if we get infected by an old virus. Unfortunately, this response is slow and flu is fast. Infections can come and go before T-cell reinforcements are summoned. “The central memory T-cells are very good for mopping up and helping with recovery but they don’t prevent illness,” says Gilbert.

Gilbert’s approach is to rouse the memory T-cells ahead of time, creating fresh T-cell patrols that can guard against incoming viruses. Her vaccine uses two of a flu virus’ most common proteins—NP and MP1. These are smuggled into a cell by a different virus that cannot make copies of itself. The cell never dies, but it looks like it has been infected by a flu virus. In small, preliminary trials, Gilbert’s team showed that the vaccine is safe and boosts T-cell numbers by 10 times. Unlike licensed vaccines, it’s just as effective in older people as it is in the young. “That’s not surprising,” she says. The current vaccines force the immune system to mount a fresh response every year - an ability that falters with age. “We’re trying to boost memory that already exists.” Now, they have to check whether this protects against fresh flu infections, and how long this protection lasts for.

Even if this vaccine works, it won’t last for life. The T-cell army will have to be continually reinforced by stimulating the memory T-cells again and again. You cannot just give someone one or two shots as a child and expect them to be protected indefinitely. “You’d have to get it regularly, but not every year,” says Gilbert. “I think if we got to the point where you needed to vaccinate every 5 years, we’d be doing very well.” 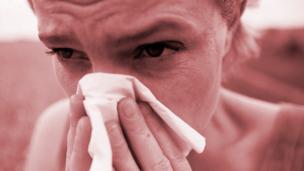 Do flu vaccines give you flu? 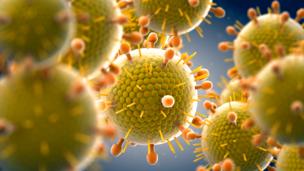 Will we cure all ills? 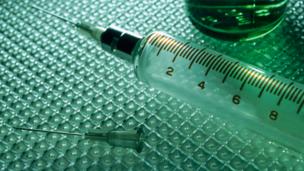 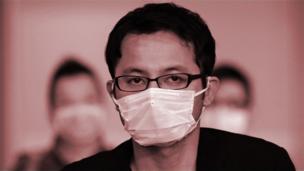 China: The next big flu pandemic?
Around The BBC