Loading
Medical Myths | Human body
Do you lose most heat from your head?
Share using EmailShare on TwitterShare on FacebookShare on Linkedin 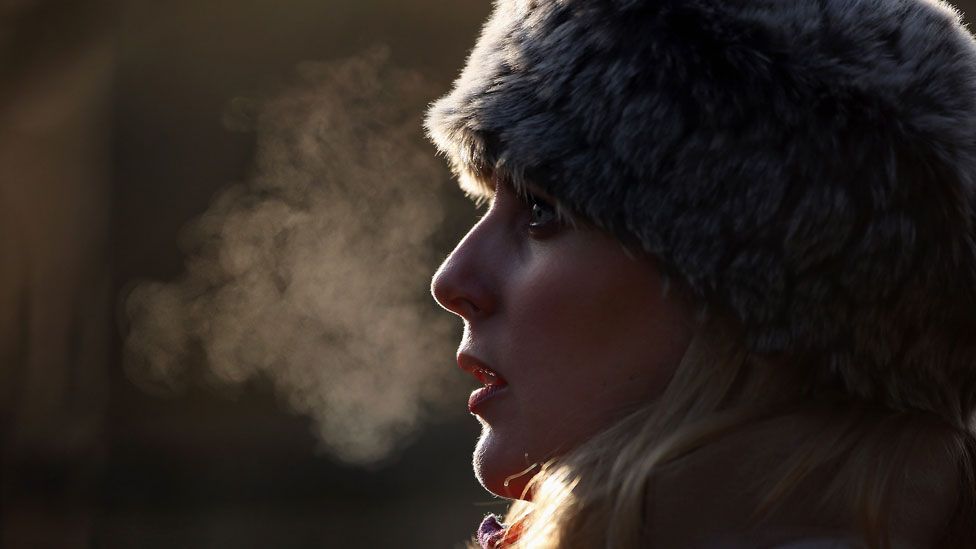 We were told we must not capsize at all costs. If we did, we would have only seconds to get out of the water before the cold took hold. Here in Torres del Paine National Park, in Patagonia, the toothpaste-turquoise icebergs come in every imaginable shape, from grand pianos to rockets. Occasionally, as we paddle the kayak, we hear pistol-shots of ice chunks breaking off them.

Before this trip I’d never spent much time thinking about how the body loses heat. Now everything I do factors in the extreme cold. The nights are bone-chilling, even inside the tent. I sleep in my middle-of-the-range sleeping bag, wearing all of my clothes – four pairs of trousers, three fleeces, two hats and waterproofs. But it’s still not enough. Mariano, our guide, sleeps outside the tent, with nothing but his super-thick sleeping bag to shelter him from the wind. He insists he prefers it that way, and doesn’t even bother wearing a hat. I worry about him: what about the popular myth that you lose most of your body heat through your head?

Over the years, physiologists have tested theories about how people get cold with the help of various crews of human guinea pigs, from hardy students to members of the armed forces. Experiments in this field tend to require people who are prepared to endure a certain amount of discomfort.

Thea Pretorius from the University of Manitoba in Canada uses Scuba equipment to help assess how much heat humans lose from their heads. The volunteers in Pretorius’s studies are not only hardy, but also hairy – at least on top of their heads. Baldness would add unnecessary complication to this line of enquiry.

In one of Pretorius’s studies, volunteers were given drugs to stop them shivering, which the body does involuntarily to stem heat loss. Then they were lowered with a hoist into cold water. In some trials they were entirely submerged. In others they were not lowered as far: their heads were left exposed above the water’s surface. The second variable in this experiment was their clothing. Sometimes they just wore swimming costumes. At other times they were insulated by a rubber dry suit, two pairs of socks and wool gloves. Everyone spent 45 minutes in 17C (62F) water.

As expected, all the volunteers lost heat quickest when they initially entered the water. But the rest of the results debunk popular expectation. The volunteers whose heat loss came almost entirely from their heads (those who were fully submerged whilst wearing insulating clothing) lost only half as much heat as those whose heat loss came almost entirely from their bodies (the volunteers in swimming costumes with their heads poking out of the water). In other words, we don’t lose most heat from our heads. The results show that having your head immersed in cold water only adds 10% to your overall heat loss in a cold pool. And given that the head accounts for 7% to 9% of the body’s surface, that doesn’t seem excessive.

But before you throw your collection of woolly hats in the bin, there’s another finding to bear in mind: when the head is allowed to get cold and the body is effectively insulated, the body’s core temperature drops a lot more rapidly than most people would expect.

One reason seems to be that the scalp contains lots of blood vessels that sit particularly close to the surface of the skin – as evidenced by the copious bleeding that happens when you cut your head. If you are dressed in warm clothes without a hat on a freezing day, the environment cools the hot blood flowing from your warm body as it passes through the scalp. And this blood then travels back down to the warm body, cooling it as it goes. The second reason involves shivering. It is a curious physiological fact that people do not shiver when only their head is exposed to the elements. Because shivering slows your rate of cooling, not shivering makes you cool quicker than you otherwise would.

What matters in an extreme environment like Patagonia, is not so much your rate of cooling as much as the final temperature that your body drops to. Mariano seems to have figured this out. He absolutely needs to keep his body insulated to maintain his core temperature, but not so much his head. Experience had taught him that all he needed was an amazing sleeping bag. Next time I’m getting one.

Medical Myths
1Do your nails grow after death?
Neurohacks
2Why you might prefer more pain
Science & Environment
3The loneliest job in the world
Medical Myths
4Do flu vaccines give you flu?
Around the BBC