Loading
Will We Ever? | Physics
Will we ever... create a black hole in the laboratory?
Share using EmailShare on TwitterShare on FacebookShare on Linkedin 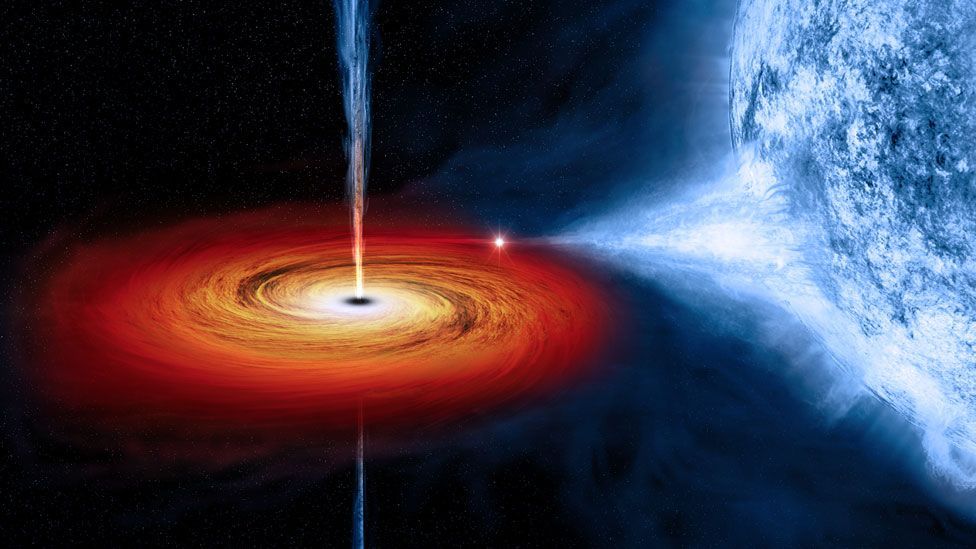 By Matthew Francis 16th July 2013
Fears that the Large Hadron Collider could create a black hole that destroy the world may be unfounded, but if we really wanted to make one, could we actually do it, asks Matthew Francis.
B

Before the Large Hadron Collider (LHC) began operations in 2008, a small but noisy group of people were in uproar. The LHC would be so powerful, they thought, that when it rammed protons together at a significant fraction of light-speed, it could produce exotic particles or small black holes. Earth, they claimed, could be destroyed as a result.

As many physicists quickly pointed out, most of these disaster scenarios were impossible, the remainder being so unlikely as to be unworthy of discussion. For one thing, the Universe has much more powerful accelerators than the LHC – supernovas and black holes – and particles from these hit Earth's atmosphere all the time. We're safe from those cosmic rays, so we're safe from the LHC's experiments.

But let’s turn the question around. What if we wanted to make a black hole, and we knew that there would be no danger in doing so – could we do it?

All black holes, great and small

Black holes have a gravitational field so intense that nothing can escape them, not even light. The ones that we know of were born from the deaths of stars much more massive than our Sun (the stellar-mass black holes), or through processes during the early Universe we don't yet fully understand that form the supermassive black holes found at the centre of most galaxies, including our own. In both of these cases, we observe the black holes via telescopes indirectly, through the behaviour of matter swirling around them, and through their gravitational influence on other bodies.

As befits astronomical objects, every black hole yet seen is massive; however, that doesn't automatically rule out the possibility of very low-mass black holes – especially if they can be produced by other means than the deaths of stars. The principle behind the LHC is that high-energy collisions can produce new particles, as governed by the rules of the fundamental forces: electromagnetism, the weak force, the strong force, and – if the energies involved are astoundingly high – gravity. For example, the famous Higgs boson doesn't exist under ordinary conditions because its lifetime before decaying to other particles is infinitesimally brief. However, interactions with sufficient energy involving the weak force can generate it for long enough for LHC scientists to record it.

From a particle physics point of view, we can think of tiny black holes as a new type of particle, governed by gravity. Gravity is by far the weakest of the fundamental forces; the reason it governs planets and stars is because any two masses attract each other, while electric charges either attract or repel, averaging out to zero. Gravity becomes stronger not only when two masses grow bigger, but also when two masses get closer together. At a very small distance it reaches the same strength as the other forces. In fact, “very small” is a profound understatement: the distance, known as the Planck length, is approximately 1020 times smaller than an atomic nucleus. (In numbers, the Planck length is about 1.6 × 10-35 metres, compared to the 1 x 10-15 metre size of a nucleus.) The difference in scale between the Planck length and that of particle physics is much greater than the comparison between particles and everyday objects.

To make matters worse, there's a kind of reciprocal relationship between scale and energy: probing small scales requires a very large amount of energy. The relevant energy scale to the Planck length – the Planck energy – is about 1015 times greater than the LHC can manage. An obviously insurmountable problem, one would naturally assume.

But one idea lurking around the edges of standard physics is the notion that our reality consists of more than the four dimensions of space-time. Various physicists over the last century have added one or more extra dimensions to the mix for a variety of reasons: unifying the forces of nature, solving some tricky problems in particle physics, or even explaining why gravity is so weak compared to other forces. Superstring theory is probably the best known of these ideas, with seven additional dimensions curled up tightly together. However, the scale of standard-issue superstrings physicists refer to is still the Planck length, so that won't bring us any closer to creating a laboratory black hole.

Unfortunately there are too many of these theories to describe them all, but we can split them into two major categories: ones in which normal matter – quarks, electrons, etc. – is confined to our normal four-dimensional space-time, and ones in which those particles can traverse the dimensions too small for us to see directly. The first category is particularly interesting because the extra dimensions can be as large as a millimetre, while the second requires the scale of new dimensions to be very small.

There are several big “ifs” in this discussion: if large extra dimensions exist and if they are sufficiently large to bring them within reach of what the LHC is powerful enough to create, it may be possible to make a black hole with mass comparable to elementary particles. If we were somehow successful at this, then we would still have to detect the black hole, which wouldn’t necessarily be straightforward.

According to a widely-accepted (albeit untested) theory, black holes decay via a process called Hawking radiation, named after physicist Stephen Hawking who discovered this. The rate of radiation and decay depends on the size of the black hole, with the massive black holes decaying very slowly and the smaller ones evaporating quickly. That's a major reason why we don't need to fear creating a black hole at the LHC: if physicists managed the trick, the black hole would so small that it would vanish in a fraction of a fraction of a second. That's too little time to pose a danger to particles in the detection chamber, let alone the world around it.

But the result of the evaporation would be a burst of particles, and their numbers, types, and masses would be the spoor or ‘signature’ of the black hole, much as the observed decay products at the LHC were the signature of the Higgs boson. However, specific predictions of Hawking radiation’s signature depend on some unknowns, as well as which version of large extra dimensions is the correct one – that is, if any of them correspond to reality in the first place. In other words, the theorists aren't being helpful: they're providing too many possibilities of what kinds of particles to look for in particle detectors.

When theory is cacophonous, experiment can reveal the missing melody. The detectors at colliders could provide the all-important clues if they detect particle signatures that are difficult to explain with the standard particles that we know of today. Similarly, the current absence of black hole detections at the LHC places limits on the maximum size of extra dimensions, and this, in turn, reduces the list of plausible more-than-four-dimensions theories.

That doesn’t necessarily give us a black hole. But even a failure to find a miniature black hole will tell us something about the nature of gravitation.

Will We Ever?
1What came before the Big Bang?
Will We Ever?
2Will we catch gravity’s waves?
Space Station
3Bold effort to catch space waves
Science/Fiction
4Mind-bending multiverse mysteries
Around the BBC