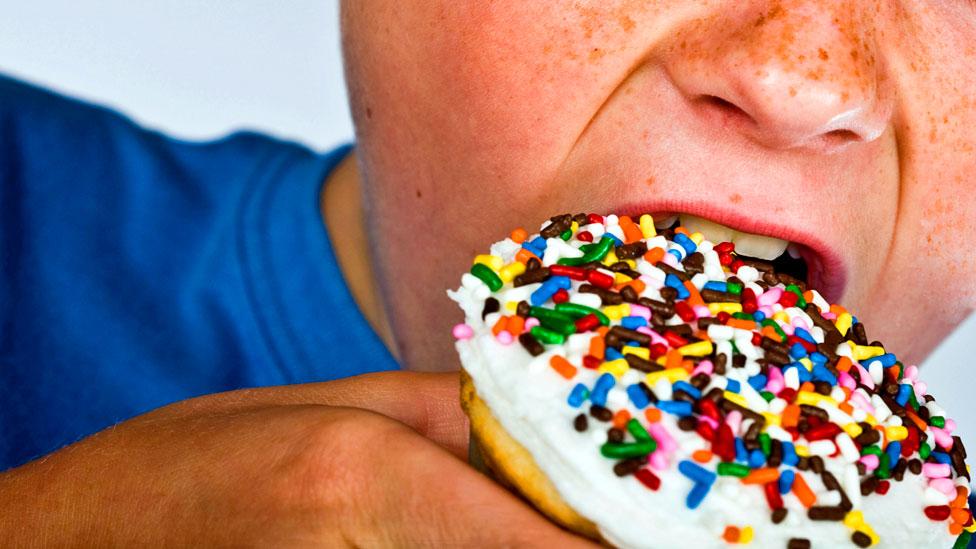 By Claudia Hammond 23rd July 2013
Dread birthday parties because of the effect cakes and drinks will have on your child? Evidence shows this actually affects parents’ behaviour, not the child’s.
M

Many of us have watched children arrive at a party as reasonable, polite human beings, eat copious amounts of cakes and sweets and then transform into over-excited, over-energetic little devils – so how do we account for this?

If you’ve ever been to a children’s birthday party and noticed how they tear around the room, getting more and more excited the longer the party goes on, you’ve probably also heard an adult remark that the increasingly rowdy behaviour is due to the amount of sugar they’ve consumed. In an attempt to hold calmer, more relaxing parties, some parents hold sugar-free events, swapping fairy cakes and fizzy drinks for hummus sandwiches and water.

The idea that sugar affects behaviour is widely believed and there are various hypotheses that attempt to explain how, including some children might have an allergic response to refined sugar, or have abnormal patterns of blood glucose levels.

But the evidence for a link between sugar consumption and hyperactivity is surprisingly slim. The most comprehensive study is a meta-analysis carried out in 1995, where the authors searched for the best-designed studies on the subject, combined the data and re-analysed it. There are two main types of research: some studies gave children either sucrose or an artificial sweetener, such as aspartame, and then monitored their subsequent behaviour without children or parents knowing whether they ate real sugar; others focus on children with a diagnosis of attention deficit hyperactivity disorder (ADHD), or another condition to see whether sugar affects them particularly.

Between them, the studies covered age ranges from two to thirty, and were well-designed though fairly small. All but one of the sixteen studies had fewer than fifty participants and one had just five. But the results of the meta-analysis were clear: sugar could not be shown to affect behaviour or cognitive performance.

Yet so many of us have watched children arrive at a party as reasonable, polite human beings, eat copious amounts of cakes and sweets and then transform into over-excited, over-energetic little devils – so how do we account for this? As the party goes on children play more games, and inevitably get more excited and then over-tired, when of course their behaviour deteriorates. We see kids get more unruly, notice how much sugary food they’ve had, and then assume there must be a link.

One study set out to test the expectation of parents who believed that sugar had a bad effect on their sons. In the experiment half the mothers were led to believe their sons were drinking something sugary. The other half were told the drinks really contained an artificial sweetner, not sugar. When the mothers were then asked to observe and rate their children’s behaviour, those who thought their sons had been consuming sugar said they were more hyperactive than the mothers who knew they had drank a placebo. But there was another twist to the study. While the mothers were observing their children, the researchers were observing them. They noticed that the mothers who thought their sons had drunk too much sugar not only criticised them more, they also stayed closer to them and watched them more. So the supposed sugar had not changed the boys’ behaviour, but their mothers’.

So, at the moment there isn’t good evidence that the quantity of sugar consumed at parties makes children more hyperactive. Far fewer studies are published on this topic these days, but some researchers are still looking for a link between high sugar consumption over a long period and ADHD. They point out that sugar intake in the UK and the US has risen over the past two hundred years and that more recently the diagnosis of ADHD has as well. But this is still only a correlation, and the study authors do stress that far more research is needed before any causal link can be proven. Despite their better efforts, the precise causes of ADHD are still unknown.

There are, of course, plenty of other reasons for children not to consume too much sugar, chief among them being rotten teeth and weight-gain. But it seems that the risk of over-excitement isn’t one of them. That will happen anyway.