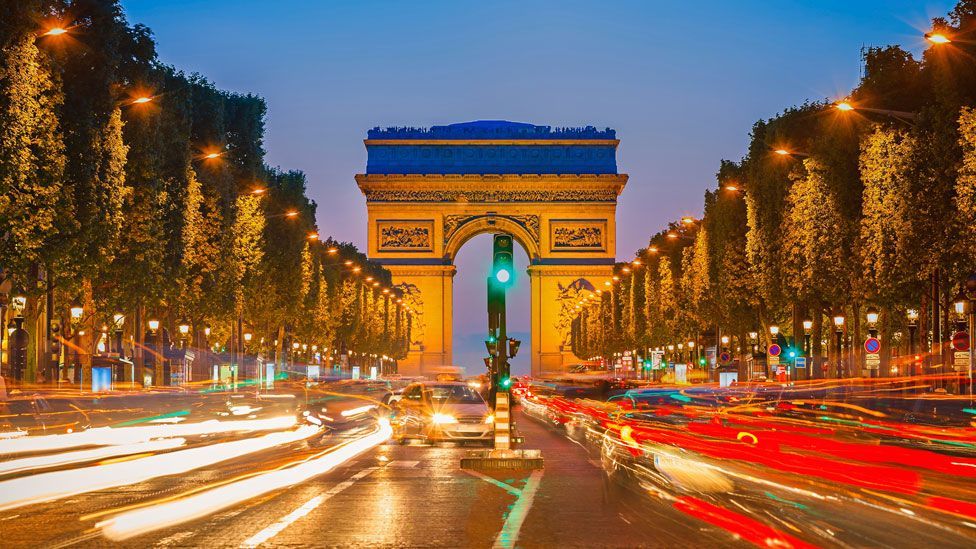 By Philip Ball 22nd July 2013
The French capital is one of the most striking examples of rational urban planning – a new study tries to explain how exactly it changed the city.
T

They are what make Paris so distinctive: the grand, wide boulevards that march in straight lines through the city, lined with bustling cafés and tempting patisseries. But this isn’t how Paris looked at the time of the Revolution in the late 18th Century. The city is one of the most striking examples of rational urban planning, conducted in the middle of the nineteenth century during the “Second Empire” of Napoleon III to ease congestion in the dense network of medieval streets.

It’s not hard to see how the redesign, conducted by Baron Georges-Eugene Haussmann at the emperor’s command, transformed Parisian life. You only have to compare the cityscape today with the narrow, convoluted passageways of the Marais district, one of the few parts of Paris largely untouched by Haussmann’s plans. But what exactly did these so-called “Second Empire reforms” really do to the properties of the road network? How did they alter the way residents navigated the city?

Until recently, these questions relied largely on the subjective impressions of urban theorists. After all, we can’t make measurements to compare today’s traffic flow with that from the days of Robespierre. But a new study by a collaboration of mathematical physicists and social historians in France shows that, simply by analysing old and new maps of the city, it’s possible to quantify what effect Haussmann’s plans had on the shape and life of Paris. The results offer a case history of how cities may evolve through a combination of spontaneous self-organisation and top-down central planning.

Marc Barthelemy of the CEA Institute of Theoretical Physics in the Parisian suburb of Gif-sur-Yvette and his colleagues have analysed maps of the city road network at six moments in time since the Revolution began: 1789, 1826, 1836, 1888, 1999 and 2010. They looked at some basic properties of the networks, such as the numbers of nodes (intersections) and edges (roads between intersections), as well as using more sophisticated concepts from the modern theory of complex networks, such as the quantity called “betweenness centrality” (BC) that measures the importance of individual nodes to navigating the network.

The results are revealing. Whether or not Haussmann made a difference depends on what you look at. For example, between 1836 (before the changes) and 1888 (when they were essentially complete), the total number of nodes and their total length both increase very sharply – more or less doubling – while changing rather little thereafter. You might say that Haussmann added a lot of ways of getting from place to place. But this growth is mirrored by a steep rise in the city’s population, suggesting that this factor, rather than planning in itself, drove the increases: they might have happened anyway, albeit not necessarily in the same way.

What’s more, changes in the average BC values of the network also suggest that there was nothing unusual about the Haussmann developments, compared to what came before and after. Rather, the web of streets just got steadily denser, as has been found for some other cities.

A quite different picture emerged, however, when the researchers looked at the spatial patterns of change. When they plotted maps of the nodes with the largest BC values – the intersections that are most important for finding a shortcut between any two other nodes – the results look quite different up to 1836 and after 1888. In the earlier period, most of the high-BC nodes are clustered around the city centre, although between 1826 and 1836 an important traffic channel opened up in the Saint Martin region in the east of Paris, where several large properties owned by the church or aristocrats were sold and divided up to create new houses and roads.

But after Haussmann, the high-BC nodes form a more open, widely spaced system of key channels, somewhat like the vein network of a leaf. In other words, Haussmann’s avenues and boulevards helped to prevent routes becoming funnelled through the congested city centre, and gave Paris space to breathe.

The new roads also altered the typical shape of blocks. It’s been found previously that many urban road networks tend to intersect at right angles, dividing up the space ever more finely into square or rectangular blocks a bit like the crack networks of ceramic glazes. That’s what Paris looked like before the 1850s. But the new boulevards sliced boldly through this grid, creating a wider variety of block shapes, especially triangles and elongated rectangles.

So whether the Second Empire reforms transformed the face of Paris is a subtle question. Some of the changes over the 19th Century, such as higher street density and increase in intersections, might have happened anyway thanks to the growth in population. In other ways, Haussmann stamped a “non-natural” geometry on the city’s evolving network. Although Haussmann’s plans were criticised both at the time and by architects later, it looks as though they did a pretty good job, making the city centre less congested in a way that Parisians still benefit from today. London, in contrast, missed its chance: the grand new streets proposed by Christopher Wren after the Great Fire in 1666 weren’t built in time to prevent the city’s natural, spontaneous evolution from reasserting itself.

All the same, using the tools that Barthelemy and colleagues have developed, it might now be possible to probe Haussmann’s scheme more closely. One question, for example, is how close it came to finding the very best solution to the problems it tackled.