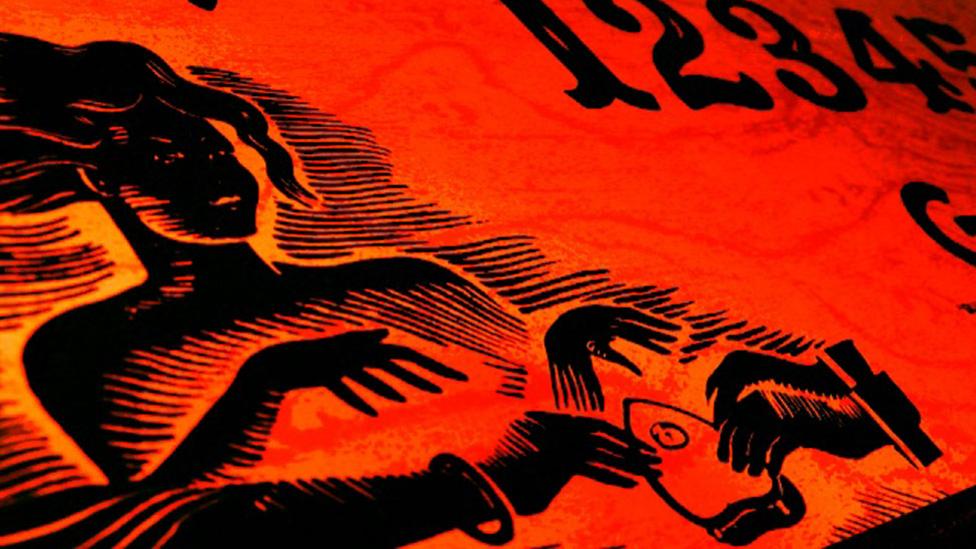 By Tom Stafford 30th July 2013
The mystery isn’t a connection to the spirit world, but why we can make movements and yet not realise that we're making them.
O

Ouija board cups and dowsing wands – just two examples of mystical items that seem to move of their own accord, when they are really being moved by the people holding them. The only mystery is not one of a connection to the spirit world, but of why we can make movements and yet not realise that we're making them.

The phenomenon is called the ideomotor effect and you can witness it yourself if you hang a small weight like a button or a ring from a string (ideally more than a foot long). Hold the end of the string with your arm out in front of you, so the weight hangs down freely. Try to hold your arm completely still. The weight will start to swing clockwise or anticlockwise in small circles. Do not start this motion yourself. Instead, just ask yourself a question – any question – and say that the weight will swing clockwise to answer "Yes" and anticlockwise for "No". Hold this thought in mind, and soon, even though you are trying not to make any motion, the weight will start to swing in answer to your question.

Magic? Only the ordinary everyday magic of consciousness. There's no supernatural force at work, just tiny movements you are making without realising. The string allows these movements to be exaggerated, the inertia of the weight allows them to be conserved and built on until they form a regular swinging motion. The effect is known as Chevreul's Pendulum, after the 19th Century French scientist who investigated it.

What is happening with Chevreul's Pendulum is that you are witnessing a movement (of the weight) without "owning" that movement as being caused by you. The same basic phenomenon underlies dowsing – where small movements of the hands cause the dowsing wand to swing wildly – or the Ouija board, where multiple people hold a cup and it seems to move of its own accord to answer questions by spelling out letters.

This effect also underlies the sad case of "facilitated communication", a fad whereby carers believed they could help severely disabled children communicate by guiding their fingers around a keyboard. Research showed that the carers – completely innocently – were typing the messages themselves, rather than interpreting movements from their charges.

The interesting thing about the phenomenon is what it says about the mind. That we can make movements that we don't realise we're making suggests that we shouldn't be so confident in our other judgements about what movements we think are ours. Sure enough, in the right circumstances, you can get people to believe they have caused things that actually come from a completely independent source (something which shouldn't surprise anyone who has reflected on the madness of people who claim that it only started raining because they forget an umbrella).

You can read what this means for the nature of our minds in The Illusion of Conscious Will by psychologist Daniel Wegner, who sadly died last month. Wegner argued that our normal sense of owning an action is an illusion, or – if you will – a construction. The mental processes which directly control our movements are not connected to the same processes which figure out what caused what, he claimed.

The situation is not that of a mental command-and-control structure like a disciplined army; whereby a general issues orders to the troops, they carry out the order and the general gets back a report saying "Sir! We did it. The right hand is moving into action!". The situation is more akin to an organised collective, claims Wegner: the general can issue orders, and watch what happens, but he's never sure exactly what caused what. Instead, just like with other people, our consciousness (the general in this metaphor) has to apply some principles to figure out when a movement is one we've made.

One of these principles is that cause has to be consistent with effect. If you think "I'll move my hand" and your hand moves, you're likely to automatically get the feeling that the movement was one you made. The principle is broken when the thought is different from the effect, such as with Chevreul's Pendulum. If you think "I'm not moving my hand", you are less inclined to connect any small movements you make with such large visual effects.

This maybe explains why kids can shout "It wasn't me!" after breaking something in plain sight. They thought to themselves "I'll just give this a little push", and when it falls off the table and breaks it doesn't feel like something they did.