What’s true for horses may not be true for us, as Claudia Hammond explains. And watch the video above to discover what happens if you don't brush your teeth for a week.

The phrase “long in the tooth” comes from the practice of gauging a horse’s age by the length of its teeth. Nineteenth century horse-traders were not a particularly trustworthy bunch, so a wise buyer would often check inside the animal’s mouth. If the teeth looked long it meant its gums had already receded, suggesting the potential purchase might be older than claimed. This might have served people well when it came to buying horses, but what about humans?

Gingival recession, as it’s formally known, is more common amongst the elderly. A US study of almost 10,000 people found that 38% of people aged 30-39 had some degree of the condition, compared with 71% in the 50-59 age group, and 90% for those aged between 80-90. However that doesn’t mean ageing in itself is the cause. It’s a long process that can start in your teens, and one that can be triggered by various factors.

In some cases, there is nothing people can do to reduce their chances of developing the condition. Some people inherit thin and fragile gums which recede more easily. Others have teeth which are overcrowded or stick out, meaning that there’s not enough jawbone to cover the root of the tooth.

Dental hygiene also plays a big role. Plaque, consisting of a sticky film of bacteria, is constantly forming on our teeth. Failure to clear the build ups through brushing and flossing can lead to gum disease. If left untreated, one possible complication is the destruction of the bone around the teeth and the gum tissue in which they sit. As the tissue recedes, the root of the tooth is exposed, making it appear longer.

Then there’s the way you brush your teeth. If you use a sawing action with a hard brush, there’s a danger of gradually wearing away the gum. For this reason dentists tend to advise brushing in small circles with a soft brush or using an electric toothbrush to prevent you from pressing so hard. The damage accumulates over time, causing the gums to recede imperceptibly, until one day you look in the mirror and realise you’ve changed. As this transformation can take decades, many people assume it’s a natural part of the ageing process.

Research on receding gums often relies on asking people what kind of toothbrush they use, the brushing motions they use and how hard they brush. Some argue that due to a lack of controlled studies, there’s no definitive evidence that hard brushing does anything more than cause temporary abrasions, but many dentists do consider there to be a link. The condition is also more common in smokers.

With so many different factors involved, controlled studies are difficult to do. Many are cross-sectional, meaning they take a snapshot in time. Participants have their teeth examined and then are asked to describe their tooth-cleaning habits. But intriguing research from Spain studied not the general public, but a group of people who should know exactly how to look after their teeth – dentists. Their teeth and dental habits were examined in their final year at dental school and again ten years later. Surprisingly 7.5% of the dentists admitted they only brushed their teeth once a day. After a decade, the proportion with receding gums was the same, but among those with the condition an average of 6.5 teeth were affected compared with 5.1. So in a group likely to have good dental hygiene on the whole, the passage of time saw receding gums get progressively worse but did not increase the numbers affected.

The condition is worth taking seriously and not just for cosmetic reasons. The root of the tooth isn’t protected by enamel in the same way as the crown, so once it’s exposed it causes sensitivity and is more prone to decay. Treatments range from dealing with any tooth decay present, to crowns and even surgery, whereby tissue from another part of gum or the roof of the mouth is grafted onto the problem area.

So if you’re looking to buy a horse it might be worth their checking their teeth, but ageing is not a direct cause of receding gums. It’s simply that the damage accumulates and becomes more obvious over time. 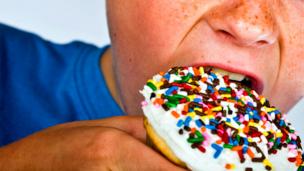 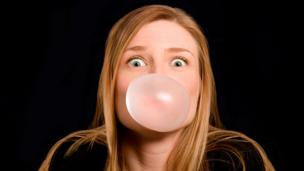 Does gum take years to digest? 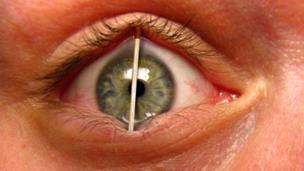 Can you get by on less sleep? 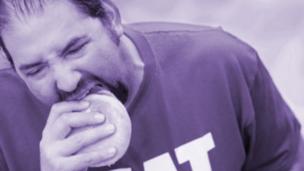 Is eating on the run bad for you?
Around the BBC