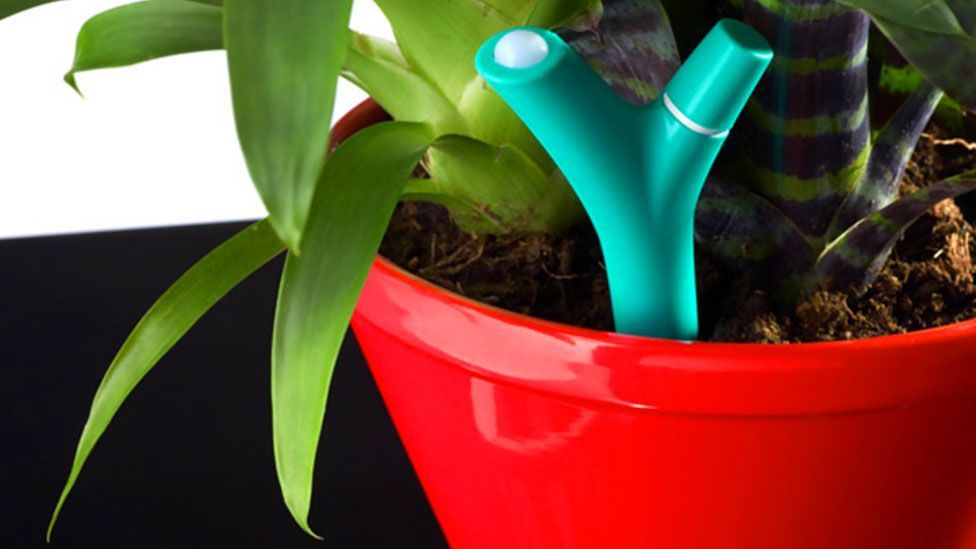 By Jonathan Kalan 5th September 2013
From Star Trek-like medical devices to crop monitors, the cheap, wireless signal is quietly playing an ever more central role in our lives.
B

Bluetooth has been with us for around 15 years. Named after Denmark’s King Harald "Bluetooth" Blatand, who reigned in the 10th Century AD, it is a technology that everyone is aware of on their computers and phones, yet not many people choose to use. As a means of allowing devices to talk to each other cheaply and wirelessly over short distances, it has tended to stay largely in the shadows, leaving the limelight to the technologies it connects.

Now however, with the rapid growth in the use of mobile and sensing technologies, along with the release of an updated version of the system, means the list of its applications is growing steadily. From health and agriculture, to business and electioneering, it is quietly playing an ever more central role in many of our lives.

These costs have dropped further, in some cases significantly, thanks to recent advances. Bluetooth Smart, launched in 2011, includes a smarter power management system that allows it to turn on, transmit data and shut down more quickly – in just a few milliseconds in some cases. Depending on the devices being connected and the data being transmitted, this updated system consumes anywhere between half and 1/100th of the power of the previous version. As a result, machines using Bluetooth that previously ran for a few months on a coin cell battery, can now run for years.

“Bluetooth classic is for sending steady streams of voice and audio,” says Suke Jawanda, Chief Marketing Officer of the Bluetooth Special Interest Group (SIG), which owns and licenses Bluetooth technology. “Bluetooth Smart is about sending packets of bits and data to applications.”

Healthcare is frequently cited as one area that hasn’t witnessed the radical transformations underway elsewhere as a result of the ongoing digital mobile revolution. The growth of novel personal medical sensing technologies, many of which use Bluetooth, could soon change this. Earlier this year, a Silicon Valley-based start-up called Scanadu sought to raise $100,000 on the crowd-funding site IndieGoGo. In fact donors pledged over $1.6 million, making it the most funded project in the site’s history. The product description may have helped: the Scanadu Scout is perhaps best described as something approaching a real version of the medical tricorder wielded by Star Trek doctor Leonard “Bones” McCoy.

"With recent advances in technology such as Bluetooth, we are now able to build medical devices that weren't possible just a decade ago…. at an affordable price [using] existing infrastructure of smart phone telecoms” says Scanadu’s CEO Walter de Brouwer. “For people who live far from hospitals, in places like Africa, this could be life changing.”

On the other side of the Atlantic, a group of researchers at the Ecole Polytechnique Federale de Lausanne, Switzerland, is working on BlueCell, a half inch-long device that, once embedded under the skin monitors substances in the blood such as glucose and cholesterol so that chronic diseases like diabetes or the effects of treatments such as chemotherapy can be monitored. The raw medical data, which is sent wirelessly via Bluetooth to an Android app, can be forwarded automatically to doctors. BlueCell is still a few years from commercialisation.

“We chose Bluetooth because of its wide distribution in consumer devices,” says Jacopo Olivo, one of the researchers. “It’s an interesting way that Bluetooth can interact with the biotech industry.”

Other personal health sensors that use Bluetooth include the Cardiopad, an electrocardiography (ECG) machine developed to monitor heart activity in patients in remote areas of Cameroon, and Monobaby, a device being developed to prevent Sudden Infant Death Syndrome, also known as cot death, using an accelerometer attached to baby clothing.

Bluetooth can improve health prospects beyond humans too. Flower Power, a device due to be launched towards the end of this year by Paris-based wireless tech company Parrot, measures sunlight, soil moisture, temperature and nutrient levels in plants, and sends that information directly to an iPad app via Bluetooth.

By cross-checking this data against a database, the app provides information about the health of plants, when and how much to water them, and whether they should be moved to change sunlight levels.

Flower Power and related technologies could be vital in developing countries with dry climates. Sensors could be linked via Bluetooth to sprinkler systems to automatically optimise moisture levels. The ability to use just the right amounts of water and fertiliser to produce a good harvest without wasting resources can improve crop yields and rural incomes.

Bluetooth is also being used to help those in agriculture in other ways. Kenyan mobile tech company Virtual City has developed AgriManagr, an app designed to speed up and automate the flow of information and reduce costs for farming businesses. Small, rural tea farmers in Kenya, for example, complain that unscrupulous buyers routinely under-weigh their produce by 10-20%. Using AgriManagr, electronic scales are used to transmit the weight of produce via Bluetooth to a mobile phone which records this in farmers’ accounts on a cloud-based server. Hard copy receipts are also printed out.

“When [payments] used to be a paper-based system, farmers would get conned on the weight,” says Virtual City chief executive John Waibochi. “Buyers would tamper with the weight scale.” Going digital and printing receipts “cuts out fraud… and increases the value to farmers 9-13%,” he adds.

This system could of course be done without Bluetooth, but being wireless makes it easier. “Out in the rural areas, cables would not survive,” claims Waibochi. “And I need my devices to go to sleep immediately after they are used. With Bluetooth, our devices do that, and can work for 12 hours without electricity.”

Bluetooth can also provide new ways of communicating in rural settings where internet access is unavailable or out of reach for the poor. Gary Marsden, a computer scientist at the University of Cape Town, developed Big Board, an electronic notice board that disseminates information wirelessly and for free.

The system displays a series of icons representing information on various topics on a screen. Users take a picture of an icon they are interested in with their phone and send it via Bluetooth to a nearby device which sends them the information they want. Files can be pictures, text, video or audio. Potential applications include distributing information on health, job offers or entertainment.

In a pilot project Big Board was used to inform voters about the manifestos of politicians standing in the 2007 Kenyan presidential election. People could take a photo of a candidate and receive an MP3 of that person speaking. Marsden is currently working with NGOs and government agencies to develop new applications.

He also developed Com-Me, a collection of hardware and software components to help people with limited access to electricity and the internet create and share content. This includes a solar-powered phone charging station and a Bluetooth-based local version of Dropbox, designed to allow off-grid communities to share and store information in a variety of formats.

Bluetooth Smart, like its older sibling, may be a relatively straightforward radio wave-based transmission technology. But as we devise more and more ways to benefit from ever greater connectivity between the people, other living organisms, objects and our environments, it seems to be getting smarter by the day.

Technology
1How to turn a phone into a robot
Matter of Life & Tech
2Helping the deaf to ‘see’ sound
Neurohacks
3Why you feel phantom phone calls
Technology
4Are phones safe to use on planes?
Around the BBC