Studies show booze won’t stop most treatments from working properly or cause unpleasant side-effects. However, the story isn’t quite that simple.

Women who are in the early stages of pregnancy, and who are not ready to share the happy news, know that turning down an alcoholic drink at a social occasion can be a dead giveaway. Telling friends and colleagues they are on antibiotics is the perfect excuse because they are so commonly used. Even the nosiest of acquaintances is unlikely to ask what they are being taken for.

But is it really true that you need to abstain from alcohol when on a course of antibiotics?

Some people assume that alcohol will stop antibiotics from working properly, while others believe that it will cause side-effects. When staff in a London genitourinary clinic surveyed more than 300 patients they found that 81% believed the former assumption, with 71% believing the latter.

For most antibiotics neither of these assumptions is true. The fear for doctors is that these erroneous beliefs might make patients skip their medication over a glass of wine. Anything that encourages people to miss doses of antibiotics adds to the serious problem of antibiotic resistance.

In fact, the majority of the most commonly prescribed antibiotics are not affected by alcohol. There are some exceptions. The antibiotic cephalosporin cefotetan slows alcohol breakdown, leading to a rise in levels of a substance called acetaldehyde. This can cause a host of unpleasant symptoms including nausea, vomiting, facial flushing, headache, breathlessness and chest pain. Similar symptoms are caused by a drug called disulfiram, sometimes used in the treatment for alcohol dependency. The idea is that the moment a patient has a drink, they experience these unpleasant symptoms, and this dissuades them from drinking more. The symptoms are unpleasant, so it is important that people abstain from alcohol while they’re taking these particular antibiotics, and for a few days afterwards.

Another type of antibiotic that comes with a specific warning not to take alongside alcohol is metronidazole. Used to treat dental infections, infected leg ulcers and pressure sores, it’s thought to cause the same list of symptoms as the previously mentioned cephalosporins. This link has been disputed since a 2003 review of studies found a lack of evidence to support it, and a very small controlled study in which Finnish men given metronidazole for five days suffered no side effects when they consumed alcohol. The authors concede that this doesn’t rule out the possibility that a few individuals are affected, and the current advice is still to avoid alcohol when taking it.

There are a few other antibiotics for which there are good reasons to avoid drinking alcohol while taking them, including tinidazole, linezolid and erythromycin, but these interactions are so well-known that doctors give patients specific warnings.

This leaves a long list of other antibiotics that can be mixed with alcohol. Of course getting drunk is not going to help your recovery when you’re ill. It can make you tired and dehydrated, but it’s not because of any interaction with your medication.

It’s possible that the isolated cases led to the myth that all antibiotics don’t mix with alcoholic drinks, but there are two more intriguing theories. One is that because antibiotics are used to treat some of the most common sexually transmitted diseases, doctors in the past were somehow punishing the patients for becoming infected by depriving them of their favourite tipple.

Or there’s the explanation given to one of the authors of the London genitourinary clinic survey. James Bingham met the late Brigadier Sir Ian Fraser, who introduced the use of penicillin for injured soldiers in North Africa during World War II. At the time penicillin was in such short supply that after a patient had taken it, the drug was retrieved from his urine and recycled. Recuperating soldiers were allowed to drink beer, but unfortunately this increased the volume of their urine, making it harder obtain the penicillin and, according to the Brigadier, led commanding officers to ban beer.

It's a good story, irrespective of whether or not it is the true source of the popular misconception. Dispelling the myth is something of a double-edged sword. Encouraging those on the antibiotics who cannot resist a glass or two to complete their courses of treatment could help counter the spread of antibiotic resistance. However greater public understanding of the true picture may mean that women wanting to keep their early pregnancies to themselves in social situations may have to be a little more inventive in future. 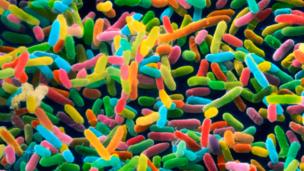 The beasts inside you 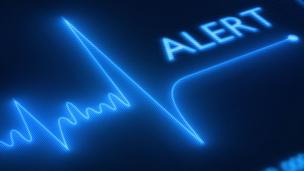 Can you use phones in hospitals? 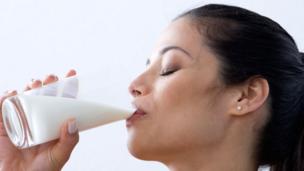 Does milk calm an upset stomach? 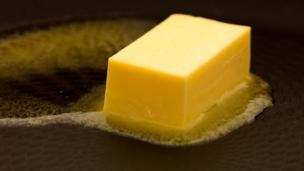 Should you put butter on a burn?