Loading
Under the Radar | Space
Space: How cold does it get when we leave Earth?
Share using EmailShare on TwitterShare on FacebookShare on Linkedin 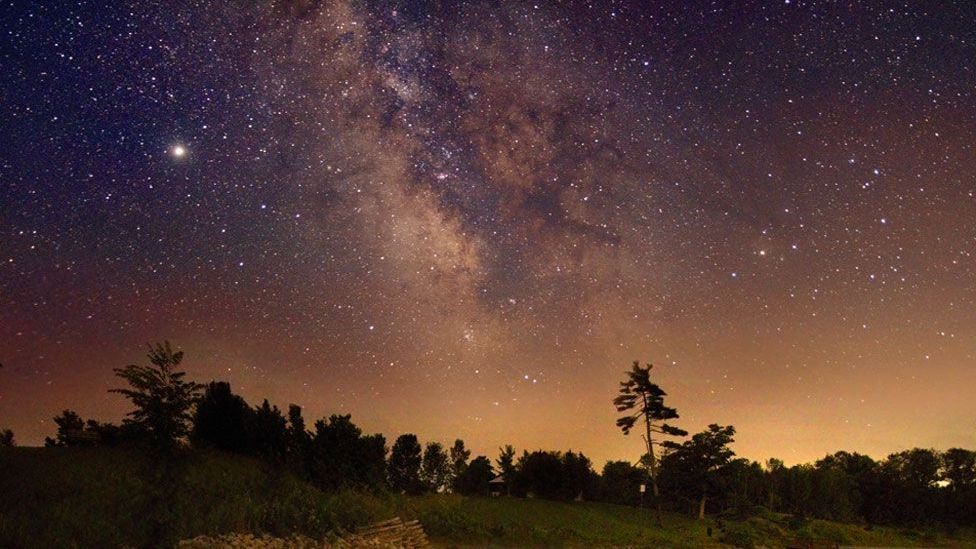 By Philip Ball 20th September 2013
This isn’t an idle question, if you’re thinking of sending spacecraft and people up there. Or if you want to test fundamental theories in quantum physics.
H

How cold is it in space? That question is sure to prompt the geeks among us to pipe up with “2.7K”. For 2.7 Kelvin, or 2.7 degrees above absolute zero, is the temperature produced by the uniform background radiation or “afterglow” from the Big Bang.

But hang on. Evidently you don’t hit temperatures that low the moment you step outside the Earth’s atmosphere. Heat is streaming from the Sun to warm the Earth, and it will also warm other objects exposed to its rays. Take the Moon, which has virtually no atmosphere to complicate things. On the sunlit side the Moon is hotter than the Sahara – it can top 120C (248F). But on the dark side it can drop to around minus 170C (–338F).

So just how cold can it go in our own cosmic neighbourhood? This isn’t an idle question. If you’re thinking of sending spacecraft up there, let alone people, you need to know the answer. You also need to know the answer if you want to carry out low-temperature physics experiments in space precisely because you think it is that cold.

Of course, you can do low-temperature physics experiments on Earth if you want to ,say, study particle behaviour at the atomic level – liquid-helium coolant sends temperatures below 4K (–269C/–452F) in the lab, and some experiments have come to within just a few billionths of a kelvin of absolute zero. But some planned studies also demand zero gravity. You can get that on Earth for a short time in freefall air flights, but for longer than a few seconds you need to go into space.

One such experiment, called MAQRO, hopes to test fundamental features of quantum theory and perhaps search for subtle effects in a quantum picture of gravity – something that physicists can so far see only in the haziest terms. So the scientists behind MAQRO have now worked out whether it will in fact be possible to get cold enough, on a spacecraft carrying the equipment, for the tests to work.

MAQRO was proposed last year by Rainer Kaltenbaek and Markus Aspelmeyer of the University of Vienna, and their collaborators. The experiment aims to study one of the most profound puzzles in quantum theory: how or why do the rules that govern fundamental particles like electrons and atoms, give way to the “classical” physics of the everyday world? Why do quantum particles sometimes behave like waves whereas footballs don’t?

No one fully understands this so-called quantum-to-classical transition. But one of the favourite explanations invokes an idea called decoherence, which means that in effect the quantum behaviour of a system gets jumbled and ultimately erased because of the disruptive effects of the environment. These effects become stronger the more particles the system contains, because then there are more options for the environment to interfere. For objects large enough to see, containing countless trillions of atoms, decoherence happens in an instant, washing out quantum effects in favour of classical behaviour.

In this picture, it should be possible to preserve “quantum-ness” in any system, no matter how big, if you could isolate it perfectly from its environment. In principle, even footballs would then show wave-particle duality and could exist in two states, or two places, at once. But some theories, as yet still speculative and untested, insist that something else will prevent this weird behaviour in large, massive objects, perhaps because of effects that would disclose something about a still elusive quantum theory of gravity.

So the stakes for MAQRO could be big. The experimental apparatus itself wouldn’t be too exotic. Kaltenbaek and colleagues propose to use laser beams to place a “big” particle (about a tenth of a micrometre across) in two quantum states at once, called a superposition, and then to probe with the lasers how decoherence destroys this superposition (or not). The apparatus would have to be very cold because, as with most quantum effects, heat would disrupt a delicate superposition. And performing the experiment in zero gravity on a spacecraft could show whether gravity does indeed play a role in the quantum-to-classical transition. Putting it all on a spacecraft would be about as close to perfect isolation from the environment as one can imagine.

But now Kaltenbaek and colleagues, in collaboration with researchers at leading European space-technology company Astrium Satellites in Friedrichshafen, Germany, have worked out just how cold the apparatus could really get. They imagine sticking a “bench” with all the experimental components on the back of a disk-shaped spacecraft, with the disk, and several further layers of thermal insulation, shielding it from the Sun. So while the main body of the spacecraft would be kept at about 300K (27C/80F), which its operating equipment would require, the bench could be much colder.

But how much? The researchers calculate that, with three thermal shields between the main disk of the spacecraft and the bench, it should be possible to get the temperature of the bench itself down to 27K (–246C/–411F). Much of the warming would come through the struts holding the bench and shields to the main disk.

That’s not really cold enough for the MAQRO experiment to work well. But the test particle itself would be held in free space above the bench, and this would be colder. On its own it could reach 8K (–265C/–445F), but with all the other experimental components around it, all radiating heat, it reaches 16K (–257C/–430F). This, they calculate, would be enough to test the decoherence rates predicted for all the major theories which currently propose that intrinsic mass (perhaps via gravity) will enforce decoherence in a large object. In other words, MAQRO should be cold enough to spot if these models are wrong.

Could the experiment discriminate between any theories that aren’t ruled out? That’s another matter, which remains to be seen. But simply knowing that size matters in quantum mechanics would be a major finding. The bigger question, of course, is whether anyone will consider MAQRO – a cheap experiment as space science goes – worth a shot.

Science & Environment
1How many alien worlds exist?
Will We Ever?
2Can we travel faster than light?
Under the Radar
3Can the laws of physics change?
Will We Ever?
4Will we ever get quantum theory?
Around the BBC