Loading
Life:Connected | Mobile phone
Seven rules to stop your phone taking over your life
Share using EmailShare on TwitterShare on FacebookShare on LinkedinShare on Whatsapp 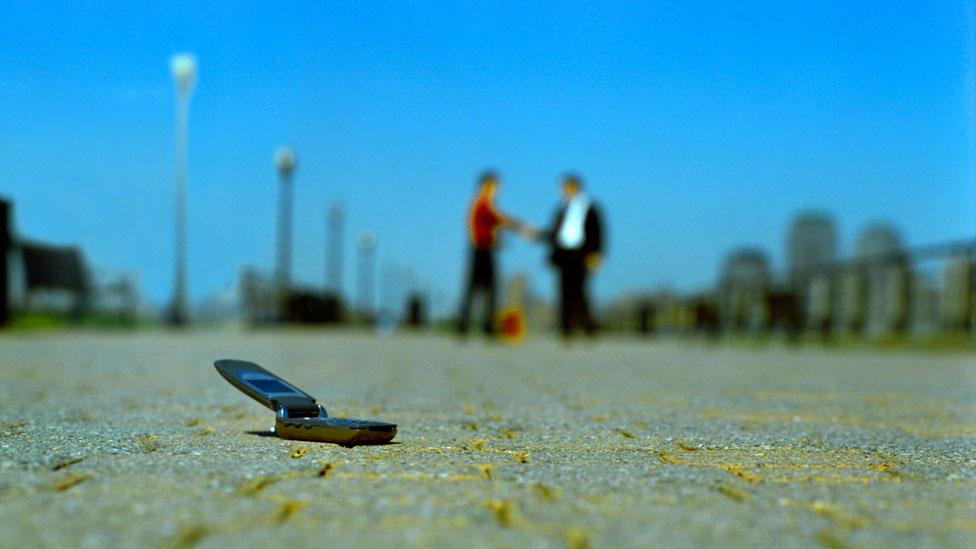 By Tom Chatfield 10th October 2013
Transform your relationship with your phone with these rules, and prepare to enjoy life’s greater pleasures.
H

How often do you check your phone when you’re out and about? I’ve been reflecting on this question while writing in a rented cottage in Scotland, without internet access or phone signal. I counted the number of times my hand twitches towards my pocket, where a smartphone usually nestles. The tally was at least once an hour.

These frequent little checks of personal devices are known among human-computer interface researchers as “micro-interactions” – rapid glances at email, social media and apps, often lasting only a few seconds.

If it’s disconcerting that checking my smartphone has become a habit, there’s a particular irony for me: for the last few months, I’ve been involved in a project to design a “code of conduct” for smartphone usage on Australia’s Sunshine Coast. The code comes in seven parts, and aims to help holidaymakers stop their smartphones taking over time they’ve set aside for leisure, each other and the place they’re in. Behind it, though, lies something that applies to us all: the need for new etiquettes in an era where shared notions of acceptable behaviour lag years, if not decades, behind the tools we’ve incorporated into our lives.

Here, then, are seven “smarter smartphone” rules, designed to stop technology getting in the way of other experiences.

Or tweet later. Or email later. The list goes on. The thinking behind this is simple enough. Courtesy of the magic screens in our pockets, we can do almost anything online, anywhere, at any time. And so we do – failing along the way to put boundaries around leisure and pleasure, meals and sleep, vacations and intimate moments. We gorge ourselves on digital delights, and obligations, and somewhere along the way fail to savour who or what is right in front of us. Which leads on to…

There’s an uneasy edge to this challenge: shouldn’t we simply learn self-control? Every device has an off button, after all. Yet we can be peculiarly unwilling to use it - a tendency captured in the delightful acronym FOMO, or Fear Of Missing Out. How can we resist the continual dopamine hits of someone “liking” our status, replying to our messages, or retweeting us?

Our conscious minds have a limited capacity for high-quality decision-making, and guard it jealously.  As author Charles Duhigg put it in his 2012 book The Power of Habit, “most of the choices we make every day may feel like the products of well-considered decision making, but they’re not.” We decide once to keep our mobile phone switched on and fitted snugly into our pocket - and then our initial choice vanishes, sliding instead towards something automatic. Habits are those actions where life has crept under our skin and become a part of us.

So, break the routine – and make your habits visible once again. Perhaps the best way is to leave your phone on the bedside table for the day, but you might also try a technique I discovered by accident while travelling: engage “airplane mode”, and breathe in a blissful few uncontactable hours.

Or, of course, you can take a more extreme approach. Take the method employed by author Evgeny Morozov, who routinely locks his digital devices inside a safe with a timer. He even claims to place his screwdrivers inside as well, which prevents him prising the safe open in a moment of weakness.

In other words, forgo maps, search engines, and review websites once in a while – and embrace serendipity instead.

If you must use your phone to explore your surroundings, consider one of various apps that encourage chance discoveries. Plug in a destination to the (somewhat tongue-in-cheek) app Serendipitor, for example, and it will give you directions that encourage wandering rather than speed, or even instructions such as “follow that car”.

Consider how many conversations and encounters might never have taken place if every question in history had been answered by one person staring at a private screen. Getting a little lost and relinquishing control – both literally and metaphorically – is the perfect way to find new questions you didn’t even know you wanted to ask.

Elbows and phones off the table

I’ve written elsewhere about the habit of “phubbing”: snubbing other people by ignoring them and paying attention to your mobile phone instead. It’s a word that caught the world’s attention for a reason: because of a rising desire to push back against the social consequences of indiscriminate, and undiscriminating, technological immersion.

Nowhere does the rudeness of phubbing matter more than the dinner table, where the idea of good manners arguably began. If there’s a difference between dining and merely ingesting calories, it’s this sense of occasion – and of something owed in gratitude and pleasure to those we’re sharing it with. With recent studies suggesting that simply leaving your phone on display while dining breeds a host of negative feelings in those around you, it may pay more than you realize to keep your tech out of sight and mind.

Look before you snap

We are, the philosopher Aristotle argued, what we repeatedly do. Among other things, we are people who take pictures on their phones a lot. This is fine - just ask my new-born son’s doting grandparents. Yet we need to recognize that living life through a lens can damage the very things we’re aiming to capture.

Take my most recent experiences of a gig, which consisted almost exclusively of watching the band refracted through the tiny screens of a thousand smartphones held aloft. Musicians, too, have baulked at this practice: in April, the band Yeah Yeah Yeahs posted a sign asking fans to pocket their phones during their performance.

As the filmmaker Sofia Coppola put it earlier this year, it can feel like “living does not count unless you are documenting it.” Yet the very act of mediation substitutes something prefabricated for the process of laying down and living with a memory.

I treasure the video and images I took around my son’s birth. But I treasure them because they point me towards something else: the experiences I lived, intensely and entirely, in those moments.

Taste before you upload

Sometimes, digital technologies treat us like something a little less than human: as merely eyeballs staring at screens and fingers clicking on buttons. But no matter how many geeks may dream of being uploaded into the Matrix, we remain embodied beings. We exist in particular places at particular times – and we can only make the most of our moments by giving full expression to the gamut of our senses.

Before you share that Instagram snap, then, make sure you pause, taste, breathe the air deeply, fix the present moment as fully as your physical presence permits – and only then give vent to whatever two-dimensional representation of the experience takes your fancy.

As the computer scientist and philosopher Jaron Lanier has pointed out, sensory measures such as taste and aroma are neglected by almost all digital technologies – together with every other quantity that a programmer hasn’t expressly set out to include in their algorithms. This is how our tools work; but it can also breed a fundamental forgetfulness that, if we’re not careful, causes us to count the value only of those things our screens themselves can measure.

Lying on the pillow, it’s tempting to pick your phone up one last time. Yet prepare for your sleep to be disrupted. Why? The screens on electronic devices emit blue light, which your brain associates with daylight. Exposure plays havoc with your body clock, while stimulation – just one more link, tweet, email or text – does the same to your much-abused attention span. You can forget the joys of reverie, too, and the licence that comes with letting your mind wander.

And that’s before we get onto the more intimate possibilities of bedroom time. For the author DH Lawrence, one of modernity’s worst tendencies was to put “sex in the head instead of down where it belongs” – something that surely counts double for glowing screens and late-night games of Candy Crush Saga.

A code of conduct can’t solve every problem. But it can help us to break out of half-acknowledged habits – and to remember that moments well spent are quite different from time merely filled. As the British author Tim Harford concisely puts it, “smartphones are habit-forming, so think about the habits you want to form.”

In Scotland, meanwhile, my useless phone now rests inert on a chest of drawers. In the absence of physical contact, the pangs of internet cold turkey are starting to ease. I’ll need to pick it up soon, though. I’m off for a brisk walk up a hill where, if I’m unlucky, several days' worth of emails will be waiting at the top.

Do you agree? Would you add your own rules? To comment on this article or anything else you have seen on Future, head over to our Facebook page or message us on Twitter.

BritLab
1Can iPhone’s touch ID be hacked?
Matter of Life & Tech
2The silent rise of Bluetooth
Technology
3How to turn a phone into a robot
60 Second Idea
4Drop that phone for safer driving
Around the BBC