Loading
Will We Ever? | Communication
Will we ever... face a wireless ‘spectrum crunch'?
Share using EmailShare on TwitterShare on FacebookShare on Linkedin 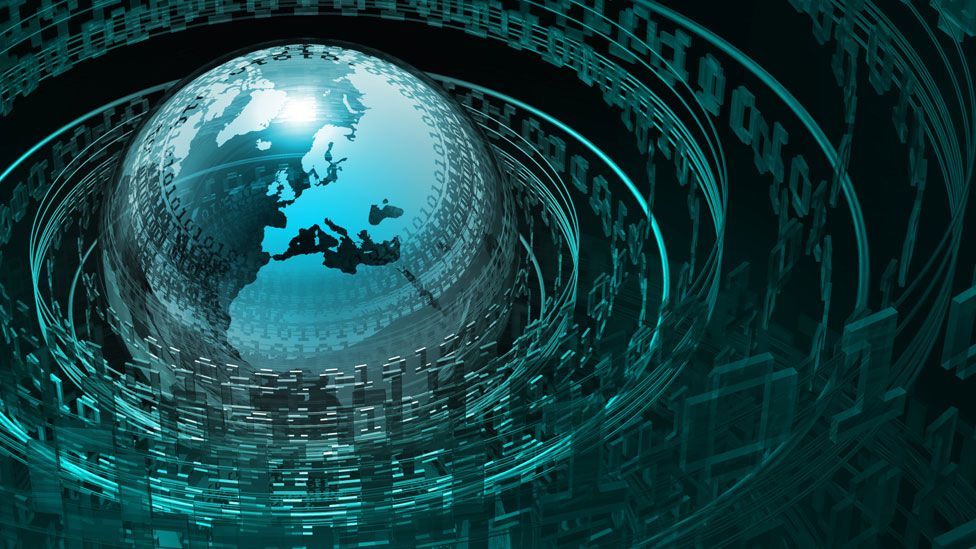 By Frank Swain 15th October 2013
Our hunger for wireless data is threatening to crash our communication networks - but there are ways to avoid disaster.
I

If you think city streets are congested and badly planned, consider the air surrounding them. It is infused with data, pouring forth from phone masts, radio towers, wi-fi routers, bluetooth, taxi radios, airport beacons, even remote control garage doors. Our lives have become so saturated with data the fear is that communication networks could grind to a standstill entirely - it’s known as the spectrum crunch. Yet could we find ways to avoid this looming data-geddon?

The situation for telecoms became so dire that in 2012, London faced the very real threat that its wireless communications network would fail under heavy load. During the 2012 Olympic Games, British communications regulator Ofcom had to borrow part of the military spectrum to ensure the audio, visual and sensor feeds didn’t grind to a halt as the athletes were sprinting across the finish line.

Our demand for data is poised to rise in the coming years, so Ofcom and many other communications regulators worldwide are concerned. “There's a significant risk of a spectrum crunch by 2020,” says Simon Saunders, director of technology at Real Wireless, an independent consultancy based in Pulborough, UK. “If the problem is not addressed, in local areas with intense demand there is a risk everything will slow down.”

Many governments, then, are looking for ways to alleviate the problem before the wireless signal to our electronic devices starts failing. So far, the principle strategy has been to find more spectrum. That’s not easy. As a finite resource, we can no more create extra spectrum than we can create extra land. Instead, spectrum allocated to one party can be reassigned to another, but this process involves evicting the current tenant, and that isn’t something to be taken lightly. Many countries were given much-needed breathing room by the switchover to digital television, which freed up the 800MHz band previously allocated to analogue TV. But this shift required all televisions to be augmented or replaced.

The body responsible for regulating the radio spectrum, the International Telecommunication Union, will meet in 2015 to discuss the problem at the World Radio Conference in Geneva in 2015. There, it’s likely that the assembled parties will flag additional parts of the spectrum they want to see freed up for telecommunications. Some countries are already forging ahead. In the UK, for instance, Ofcom is eyeing up some of the under-used military spectrum to sell off, with the proceeds going to the Ministry of Defence. And in 2012, the US Federal Communications Commission approved a plan to encourage broadcasters to sell under-used parts of their allocated spectrum to other users. The first of those auctions is to be held in January next year, when the 10MHz “H” band is expected to go for at least $1.56bn.

However, there are only so many land grabs and sales available. “Additional spectrum may double capacity in the next ten years,” warns Saunders, “but it will not be enough to feed demand.”
In a report published this month, Ofcom warned that data demand in the UK could increase 80-fold over the next two decades, driven primarily by the increase in mobile broadband.

What other options are on the table? Already, mobile service providers practice intensive and complex traffic management to ensure you get a steady signal. This includes throttling data allowances in real time, but this strategy only works when low impact use such as voice calls can be prioritised over high-resource uses such as streaming video. Throttling preserves a strong connection to a cell tower and avoids dropped calls or blackspots, but at the cost of reducing bandwidth available to each person. This might not be an acceptable compromise if you expect – and pay for – a reliable, high speed data connection.

Arguably the most important strategy in avoiding a spectrum crunch is resource sharing. Spectrum-sensing devices that can automatically detect congestion and switch to a less polluted radio band hold a lot of promise, but this technology is still some way in the future.

A temporary fix to reduce local congestion is to increase the number of mobile towers and thus reduce the size of cells. This allows operators to serve more users without needing any additional spectrum space, much the same way as opening more checkouts in a busy supermarket.  But more towers means more infrastructure to build and maintain, and less revenue per tower. And as more and more data-hungry devices are added to the grid, the number of towers needed grows.  “It will become harder and harder to build more cells to accommodate traffic,” says Saunders.

Another way to shrink the electromagnetic footprint of our digital communications is to piggyback one service on top of another. From the customer’s point of view, streaming video content to a digital television is no different than streaming it to a mobile phone, so it makes little sense that these two services should be forced to operate in different bands. For example, Microsoft has provided broadband to people in rural areas of Africa by using the “white spaces” of the TV spectrum – essentially, the unused frequencies.

This type of doubling up also offers the best chance for a cost-effective development of the much vaunted Internet of Things. So far, no one knows who is going to pay for the infrastructure to connect billions of devices, each of which offers the mobile operator a tiny fraction of the revenue that a smartphone customer would generate. Allowing the Internet of Things to run on the back of another service, rather than in a dedicated spectrum space of its own, might be the only way to finance it.

This kind of spectrum sharing comes with its own problems. US company LightSquared came to blows with the satnav industry over its attempts to roll out 40,000 transmitters to provide blanket wireless broadband coverage to its customers. The powerful transmitters threatened to drown out the weak GPS signals which operated in the adjacent band. Eventually, the FCC ruled that LightSquared could not operate in that part of the spectrum, and the company filed for bankruptcy. (It has since relaunched, intending to move to a different part of the spectrum with more accommodating neighbours).

As our apparently insatiable demand for data continues to grow faster than the space allocated for it, we should expect to see more friction between these neighbouring spectrum bands. “The more densely you pack users, the more problems you'll have with noisy neighbours,” says Saunders. 4G has barely started to roll out in the UK, but it’s already known that it will inflict some interference on digital TV. So far the effect seems to be small, but it’s further evidence that the harmony between different spectrum users rests on strong regulation.

For the spectrum crunch to be avoided, careful management of our electromagnetic space will be required, just as pressures on land fostered an intricate web of laws and regulations that continues to shape our cities today. This is possible, and widespread outages can be avoided, but governments cannot rest idle. “There is enough spectrum for everyone,” says Saunders. “So long as it is in the right hands, in the right place, at the right time.”

Life:Connected
1Lose the phone, reclaim your life
Will We Ever?
2Can we build underwater cities?
BritLab
3How does sat-nav really work?
Technology
4Will smartphones replace cameras?
Around the BBC