A spate of disasters and attacks have spurred the launch of new phone apps that promise to reach loved ones and share vital news in times of need.

Like many residents of Nairobi in Kenya, I learnt about last month’s armed attack of the Westgate Mall from friends and acquaintances. Minutes after the attack began, a flood of text messages, emails and tweets arrived. Messages such as “Are u okay??” or “Stay away from Westgate!” packed my inbox – as they did for many others in the city.

While most people stayed away, I rushed to the scene to report on the unfolding attack. It was impossible to keep up with all the responses, and equally challenging to send out my own queries – to friends, loved ones and acquaintances who could be inside, amid the chaos and confusion. Meanwhile, those inside the mall frantically tried to keep those on the outside updated through text messages and emails – as long as batteries lasted – desperately hoping for rescue, or information on a passage to safety.

Nearly three quarters of humans on this planet are practically tethered to their mobile phones. Yet it is only during emergencies that we realise how precious this connection is to our lives. Perhaps reassuringly, a series of technologies are now emerging that promise to make it easier to reach loved ones and share vital news during emergencies – be it armed attacks or natural disasters.

Early signs suggest that the rise in mobile phone ownership is beginning to mitigate the impact of emergencies and natural disasters. Last year saw the lowest number of deaths and people affected by disasters for a decade, according to the 2013 World Disasters Report from the International Federation of Red Cross and Red Crescent Societies (IFRC). Bekele Geleta of the IFRC admits the number of disasters in 2012 was also amongst the lowest in several years, but argues that technology played a significant role in reducing the human toll – specifically ownership of phones, linked to weather prediction, satellite imagery and mass alert systems.

For example, when Typhoon Bopha struck the Philippines less than a year ago, Galeta explains, “thousands of lives were saved because 99% of the population has access to a mobile phone and could receive early warnings and information on staying safe.” And in the US, Wireless Emergency Alerts from the Federal Emergency Management Agency now warn people of severe weather and other hazards, with a special sound and vibration on their phones. The UK government is also piloting both SMS and “cell broadcast” technology to send emergency alerts to phones in areas at risk of flooding or industrial accidents.

Yet these alert systems tend to focus on issuing warnings or advisories. They won’t tell you if the people you care about are okay during an emergency. “Small groups, families and companies need to quickly check in with each other,” argues Erik Hersman, co-founder of Ushahidi, an information service which enabled citizens to anonymously report incidents of violence via text, twitter, phone or email, during Kenya’s 2007-2008 post-election violence.

During the Westgate siege, Hersman and I texted multiple times – as he searched for his business partner’s wife and children, and I kept my eye on the scene looking for them. Fortunately, the family escaped unharmed. But the intense worry that many people experienced in the hours of chaos was part of the motivation behind a new service from Ushahidi, called Ping.

Ping, still being tested, is a free check-in service for groups during an emergency. It shares some features with apps such as I’m Okay, which allows people to reassure family and friends that they are safe. However, the Ping website also allows one person to send out a mass text message to a pre-programmed list of contacts, saying, essentially, “are you safe?” If there is no response, the same message is then sent via secondary and tertiary channels, like email, Twitter and WhatsApp.

“If it doesn't hear from the primary person, it goes to their next contact and tries them as a backup”, says Hersman, “just in case the guy/gal had a late night drinking session and is just not waking up, their spouse or roommate can check-in for them.”

Ping’s responses are filed into three categories: responded, not responded, and not okay. This streamlining allows groups to quickly and effectively know who might need immediate help.

It’s not the only new app helping friends and family stay connected during emergencies. For times when victims need to reach people discreetly – as was the case for those hiding inside Westgate Mall – an app built by Nairobi-based Usalama Innovative Systems may be more suitable. Usalama is the Kiswahili word for “security.”

Their first product, UsalamaMe App for Android, introduces a digital “panic button” widget to your phone’s home screen that sends a distress message with your exact location to pre-selected contacts. It also initiates a discreet one-way call to these contacts, so that they can listen in without risking your safety.

One advantage of the app is that unlike other similar products such as RedPanic Button for iPhones, it doesn’t require internet connection. If your data signal or GPS is switched off, Usalama pinpoints your nearest location by using your cell service provider, and sends that information via a text message to your recipients.

The company also offers a portable “GPS Panic Button” device, which can fit on a keychain. When activated, it sends an alert to both your family and a private security company, with a location and the discreet “listen in” feature.

Emergency apps like UsalamaMe and Ping are a welcome trend, says Phil Talbot, director of communications at the British Red Cross. “Any means that can increase communication and information sharing is useful.”

In the developing world, exploiting technologies that people can access easily in an emergency makes sense. “As it is clear technology has not reached everyone equally, it’s important to use the most appropriate technology to each locality,” says Talbot.  “Often they are more traditional technologies, like mobile phones.”

It is impossible to prevent many emergencies and natural disasters from happening, but by becoming better connected, there are promising signs that we can cope better in a crisis and lessen their human toll. 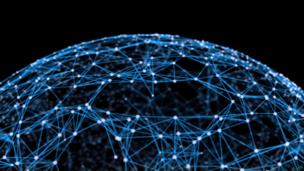 Staying connected in a crisis 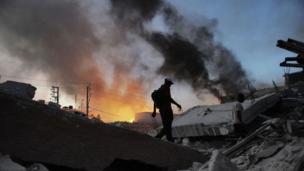 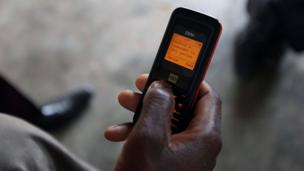 Saving a life in 160 characters 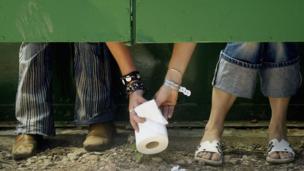 Mobiles answer the call of nature