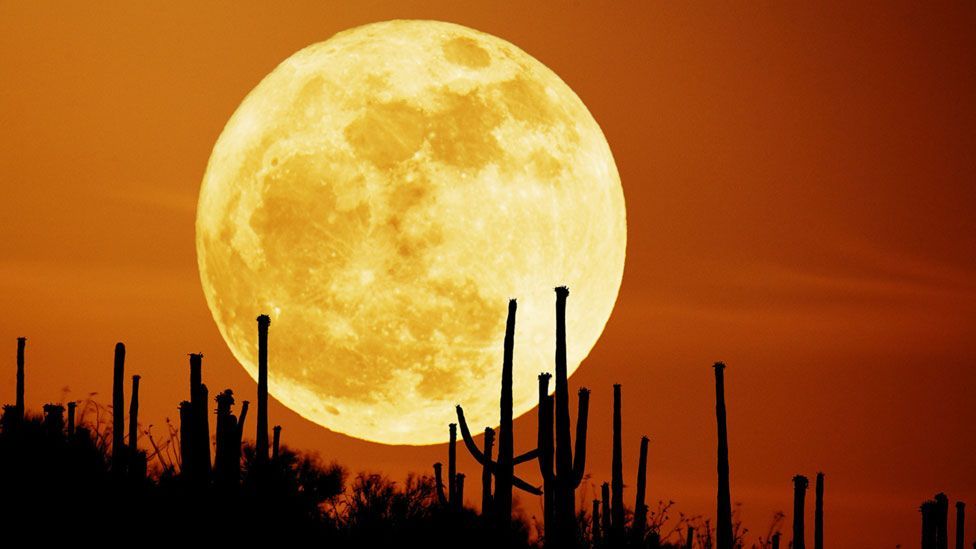 By Claudia Hammond 29th October 2013
Belief in the Moon’s power over us is widespread, and the basis of the word lunacy. Claudia Hammond examines whether science can shed any light on the ancient myth.
W

We all know a full moon is supposed to bring werewolves and vampires out into the open. Belief in its power to drive us mere mortals a little mad is ancient and widespread. Such notions even gave rise to the word lunacy.

Speak to police officers or staff in hospital emergency departments, and some will insist there are more accidents, violent incidents and psychiatric admissions when the Moon is full. In 2007, the police force in the British seaside resort of Brighton even went as far as to employ extra officers during full moons.

The ability of the moon to influence our behaviour is undoubtedly an idea with broad appeal. Beyond folk tales and anecdotal evidence, the theory has been the subject of hundreds of studies. Just this summer there was new research which found that people spending the night in a sleep laboratory rated their sleep quality as 15 per cent lower when there was a full moon, even though they couldn’t see it or any extra light it produced, and they took on average five minutes longer to get to sleep.

This study got a lot of publicity, however there were only 33 people in it and even the authors were cautious about inferring too much from the results. Combining the results of multiple pieces of research in a meta-analysis is one way to ensure findings have stronger statistical foundations. US psychologists James Rotton and Ivan Kelly took this approach in 1985, combining the findings of 37 studies on the effects of the lunar cycle. They concluded it was unrelated to the numbers of psychiatric admissions, murders, car accidents, suicides and crimes.

When they looked at the individual studies that did find links, they found there were often other explanations, such as the full moon happening to coincide with a holiday or a weekend when more trouble occurs anyway. For every study that revealed more problems when the Moon was full, another showed there were fewer. Rotton and Kelly found that if you were trying to use these statistics to predict people’s behaviour, the strength of any association was very weak. Knowing the Moon’s phase only made their predictions marginally better – to the tune of 1%.

Since then, further studies have been carried out, again with mixed results. A 1992 review of 20 studies on the relationship between the phase of the Moon and the number of people contemplating suicide concluded there was no evidence for a link. Once again researchers who believed they had identified a link had often failed to take account of variations linked to the days of the week on which they happened to fall.

One difficulty that may have helped give the influence of the full moon unwarranted legitimacy is the so-called “file drawer” problem, where journals are more likely to accept studies for publication where an effect was found, than those where it wasn’t. So no one knows how many studies which found the Moon had no influence might be languishing in filing cabinets.

Then there’s the question of how the Moon could influence our behaviour. One theory is that just as it affects the tides, it exerts its influence on the water in our bodies. But the Moon is smaller than the Earth, so its gravitational pull is correspondingly less powerful. What’s more it exerts the same force on us regardless of whether it’s new or full. Others have proposed that it’s the light from a full moon that affects people, yet it has the luminance of just a quarter of that of a candle.

But, say believers, what about the strange case of the biting animals? When doctors at the Bradford Royal Infirmary in the north of England examined two years of medical records, they found twice as many patients were admitted with dog, rat, cat and horse bites when there was a full moon than when it was new. What we don’t know is why. Did these bites even happen at night? It has been suggested that the full moon might not impact the behaviour of the animals directly, but the mites that feed off them. However in the same issue of the journal in which the Bradford work was published, researchers who analysed records of patients admitted to Australian hospitals for dog bite injuries over 12 months found that once they take into account the day of the week the bites happened, then the full moon made no difference.

So if the evidence for any link is so slim, why are so many people convinced it’s a real phenomenon? It could be an example of the confirmation bias, where people are more likely to notice and remember information which fits in with what they already believe. Police or medical staff look up one night, notice how bright it is, and see the full moon. They then make a connection between this and the busy night they’re having. But of course when there’s a crescent moon they’re less likely either to notice it or to make any connection.

How might this idea so entrenched in legend have caught on in the first place? One interesting suggestion is that before we had outdoor lighting there might have been a link because homeless people susceptible to mania and seizures might have been more likely to suffer them when deprived of sleep by the brightness of full moons.

Some argue the full moon’s power only affects some people, and as a result it is not surprising that studies examining its influence on the general population usually fail to find an effect. The way forward, they say, is to study the individuals who claim to be affected.

Who knows, perhaps such an approach will reveal that the full moon really does bring out the wild side in some of us. But for the moment, for those interested in sober assessment of evidence, it’s an idea that’s hard to stand up.

All content within this column is provided for general information only, and should not be treated as a substitute for the medical advice of your own doctor or any other health care professional. The BBC is not responsible or liable for any diagnosis made by a user based on the content of this site. The BBC is not liable for the contents of any external internet sites listed, nor does it endorse any commercial product or service mentioned or advised on any of the sites. Always consult your own GP if you're in any way concerned about your health.