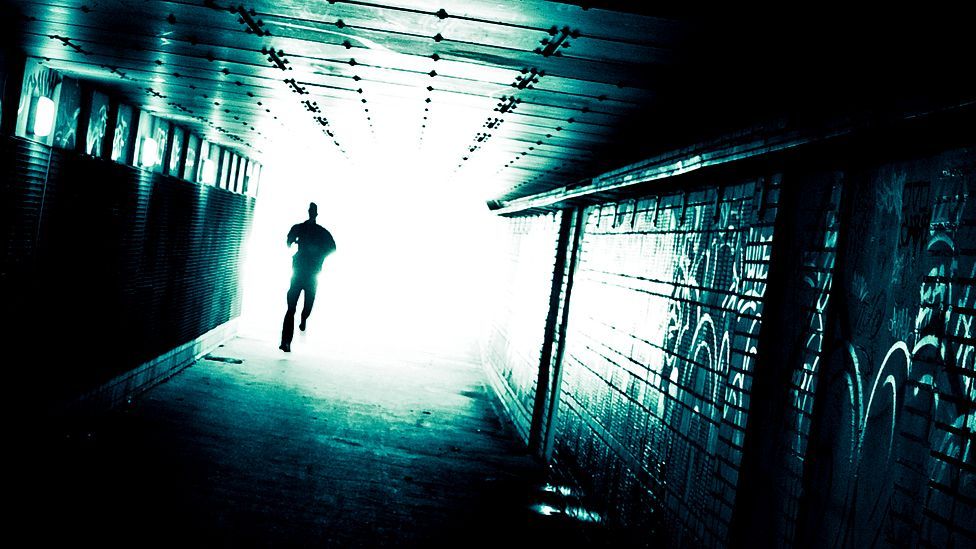 By Tom Stafford 5th November 2013
The way people move can influence the likelihood of an attack by a stranger. The good news, though, is that altering it can reduce the chances of being targeted.
H

How you move gives a lot away. Maybe too much, if the wrong person is watching. We think, for instance, that the way people walk can influence the likelihood of an attack by a stranger. But we also think that their walking style can be altered to reduce the chances of being targeted.

A small number of criminals commit most of the crimes, and the crimes they commit are spread unevenly over the population: some unfortunate individuals seem to be picked out repeatedly by those intent on violent assault. Back in the 1980s, two psychologists from New York, Betty Grayson and Morris Stein, set out to find out what criminals look for in potential victims. They filmed short clips of members of the public walking along New York's streets, and then took those clips to a large East Coast prison. They showed the tapes to 53 violent inmates with convictions for crimes on strangers, ranging from assault to murder, and asked them how easy each person would be to attack.

The prisoners made very different judgements about these notional victims. Some were consistently rated as easier to attack, as an "easy rip-off". There were some expected differences, in that women were rated as easier to attack than men, on average, and older people as easier targets than the young. But even among those you’d expect to be least easy to assault, the subgroup of young men, there were some individuals who over half the prisoners rated at the top end of the "ease of assault" scale (a 1, 2 or 3, on the 10 point scale).

The researchers then asked professional dancers to analyse the clips using a system called Laban movement analysis – a system used by dancers, actors and others to describe and record human movement in detail. They rated the movements of people identified as victims as subtly less coordinated than those of non-victims.

Although Professors Grayson and Stein identified movement as the critical variable in criminals' predatory decisions, their study had the obvious flaw that their films contained lots of other potentially relevant information: the clothes the people wore, for example, or the way they held their heads. Two decades later, a research group led by Lucy Johnston of the University of Canterbury, in New Zealand, performed a more robust test of the idea.

The group used a technique called the point light walker. This is a video recording of a person made by attaching lights or reflective markers to their joints while they wear a black body suit. When played back you can see pure movement shown in the way their joints move, without being able to see any of their features or even the limbs that connect their joints.

Research with point light walkers has shown that we can read characteristics from joint motion, such as gender or mood. This makes sense, if you think for a moment of times you've recognised a person from a distance, long before you were able to make out their face. Using this technique, the researchers showed that even when all other information was removed, some individuals still get picked out as more likely to be victims of assault than others, meaning these judgements must be based on how they move.

But the most impressive part of Johnston’s investigations came next, when she asked whether it was possible to change the way we walk so as to appear less vulnerable. A first group of volunteers were filmed walking before and after doing a short self defence course. Using the point-light technique, their walking styles were rated by volunteers (not prisoners) for vulnerability. Perhaps surprisingly, the self-defence training didn't affect the walkers’ ratings.

In a second experiment, recruits were given training in how to walk, specifically focusing on the aspects which the researchers knew affected how vulnerable they appeared: factors affecting the synchrony and energy of their movement. This led to a significant drop in all the recruits' vulnerability ratings, which was still in place when they were re-tested a month later.

There is school of thought that the brain only exists to control movement. So perhaps we shouldn't be surprised that how we move can give a lot away. It's also not surprising that other people are able to read our movements, whether it is in judging whether we will win a music competition, or whether we are bluffing at poker. You see how someone moves before you can see their expression, hear what they are saying or smell them. Movements are the first signs of others’ thoughts, so we've evolved to be good (and quick) at reading them.

The point light walker research a great example of a research journey that goes from a statistical observation, through street-level investigations and the use of complex lab techniques, and then applies the hard won knowledge for good: showing how the vulnerable can take steps to reduce their appearance of vulnerability.
If you would like to comment on this article or anything else you have seen on Future, head over to our Facebook page or message us on Twitter.

Neurohacks
1How belief in free will shapes us
Neurohacks
2Drug addiction: The complex truth
Neurohacks
3Why your gut feeling may be wrong
Neurohacks
4Is race perception automatic?
Around the BBC