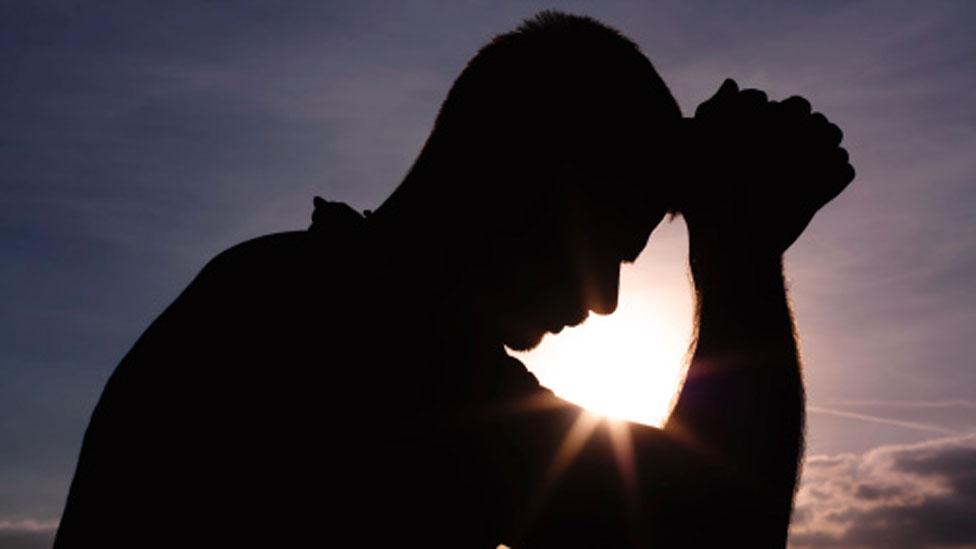 By Claudia Hammond 13th January 2014
It’s feared asking someone whether they’re considering taking their own life when they seem desperate could make them feel worse. But do studies bear out peoples' concerns?
A

Asking someone whether they’re considering taking their own life when they seem desperate is never going to be easy. It’s not just the highly awkward or sensitive nature of the conversation. Some fear that merely raising the subject of suicide could be dangerous, in case it puts ideas in a person’s head.

Some studies have supported this belief, to a degree. In one study conducted in London health clinics, a quarter of family doctors and a fifth of patients believed that asking people about suicidal thoughts could induce ideas of self-harm. This may be a minority only, but this belief is worth examining in more detail because it means that many people avoid the subject – which could prevent desperate people from discussing their feelings, not to mention pursuing other options or getting help.

Suicide-prevention policies in Europe and North America often focus on primary care because it’s these family doctors who frequently see people with depression (not that everyone who attempts suicide is depressed). These clinics may be a key location for finding people who feel they can’t cope, but in practice few doctors ask about suicide – one reason being fear of inducing suicidal thoughts.

In a study called “Let’s not talk about it”, conducted in Northern California, actresses were trained to play the roles of patients with symptoms of major depression visiting a doctor. Recordings of the consultations revealed that fewer than 27% of the doctors enquired whether the patient had considered killing themselves. The study’s authors suggest that some seemed uncomfortable about discussing it, feared that it would encourage suicide attempts, or that if the patient did have suicidal feelings they would not have sufficient expertise to intervene. But, interestingly, those who had experience of depression in their personal lives, whether themselves or friends or family, were more likely to broach the subject. It also made a difference if patients asked for anti-depressants: doctors were more likely to start a conversation about suicide, although not so much if they requested them by brand.

In an attempt to work out once and for all whether discussing suicidal feelings could make people feel more suicidal, clinical epidemiologist Madelyn Gould conducted her own randomised controlled trial in 2005. More than two thousand students at six high schools were given questionnaires to measure their mood and levels of distress. Half of them were also asked questions about suicidal feelings, which they could answer on a scale ranging from “I never had this thought” to “This thought was in my mind almost every day”. Two days later, both groups were again given questionnaires to assess their levels of depression and distress, but this time both groups were asked about suicidal thoughts. If discussing suicide is harmful then the group asked about suicidal thoughts first time around would show higher levels of distress two days later. But, in fact, they showed slightly less distress than the other group, possibly because they felt their feelings had been taken seriously.

This was followed up with a trial in 2011, where patients attending a doctors’ surgery in London were given a questionnaire asking them just two questions: “During the past month have you often been bothered by feeling down, depressed or hopeless?”; and “During the past month have you often been bothered by little interest or pleasure in doing things?” Those who said yes to one or both questions were then phoned by a researcher who asked a series of questions about their mood. Half were randomly assigned to a group where they were also asked six questions on the topic of suicidal thoughts. The other half weren’t asked these questions. Two weeks later, a follow-up interview assessed their mental health. Two hundred people isn’t a large enough study to measure actual suicide attempts amongst the two groups, but it was enough to demonstrate that discussion of suicide hadn’t increased suicidal feelings two weeks later.

This doesn’t mean that all mention of suicide can be helpful. Talking about it is one thing; showing people how to do it is another. After a British hospital drama featured a man taking an overdose, and included details of the exact drug and amount that he took, data collected from 49 accident and emergency departments the following week showed a 17% increase in overdoses. In the four weeks following the suicide of a celebrity in Taiwan, where the method used had received a great deal of media coverage, once again suicide attempts rose. Within psychology this is referred to as modelling, where people copy a behaviour they see someone else doing. Many media organisations now follow guidelines to avoid detailing methods.

Portraying methods is very different from discussing feelings about not wanting to live anymore. Opening up a conversation can help people to see alternative ways out of their situation, and around the world there are many different organisations that provide people with someone to talk to, whether on the phone, online or in person. So if someone says they are considering suicide, it’s a myth to think that talking to them about their feelings will further endanger their lives.

To find someone to talk in your country go to www.befrienders.org/directory.

Matter of Life & Tech
1A therapist that’s always on call
Medical Myths
2Does exercise help depression?
Neurohacks
3Why money can't buy you happiness
TED Quotes
4Hallucinations and our minds
Around the BBC