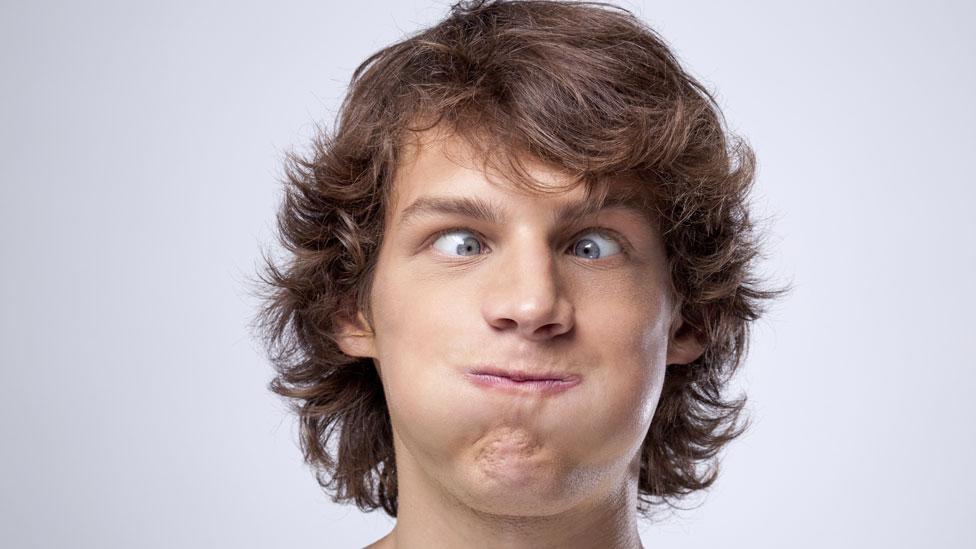 By Claudia Hammond 27th January 2014
From holding your breath to far stranger and ruder tricks – how can you get rid of hiccups yourself and why do these methods work? Claudia Hammond investigates.
T

The moment you get hiccups, every person will immediately propose their own suggestion for the best way of getting rid of them, whether it’s holding your breath or frightening you. With so many different remedies to choose from, the question is: which are supported by scientific evidence?

When you hiccup there’s a spasm in the diaphragm which causes air to rush to the lungs. This makes the vocal chords suddenly close leading to the characteristic “hic” sound. More than 100 different medical conditions can cause hiccups, but in the vast majority of cases they are benign. They can also be prompted by medication; some anaesthetics, steroids, drugs for Parkinson’s Disease and chemotherapy for cancer can all lead to hiccups. But most of the time none of these causes apply. Laughing, drinking a lot of alcohol, eating too fast or gulping something fizzy can be a trigger or they can start spontaneously for no reason at all.

Some cases can be extreme. The world record for the longest bout is thought to be held by an US man called Charles Osborne. He began hiccupping in 1922, the story goes he was trying to weigh a hog at the time. He didn't stop hiccupping until February 1990 – a total of 68 years.

Fortunately, most bouts of hiccups can be stopped with simpler measures. Still, opinion differs on the best approach.

Most home remedies are based on one of two mechanisms. In the first group are the methods that raise the levels of carbon dioxide (CO2) in the blood, inhibiting spasms of the diaphragm. These techniques include holding your breath or breathing into a paper bag. They can work sometimes, but researchers are unsure why. Some think it's a way of distracting the body so that it worries about the build up of CO2 instead; others have proposed that hiccups may be caused by low levels of CO2 in the first place, and therefore high levels would inhibit the hiccups.

An alternative hiccup remedy is to do something that stimulates the vagus nerve that runs from the brain to the stomach, coordinating breathing and swallowing. This nerve is implicated in the hiccupping process, but you can disrupt the chain of events by stimulating the nerve so that it sends signals to the brain telling it to attend to this new sensation instead. This is where remedies such as gulping water, biting a lemon or eating crushed ice come in. Similarly, pulling the tip of your tongue, putting your fingers in your ears or gently pressing on your eyeballs can all stimulate the vagus nerve. Think of it as distracting the body from your hiccups by making something else dramatic happen to it. The same logic applies to giving someone a fright.

There is one more extreme remedy, but you might not want to try it at home. It was adopted by Francis Fesmire from the University Of Tennessee College of Medicine. The name of his paper published in 1988 gives you an idea of the technique: “Termination of intractable hiccups with digital rectal massage”. A man came to the emergency room complaining that he’d been hiccupping every two seconds for the previous three days.

After trying methods such as making him gag and compressing his eyeballs, the doctor recalled a case published the previous year in which a 71-year-old woman’s racing heartbeat had been slowed down by a doctor inserting a finger into her anus. He tried the same with the hiccupping patient and it worked. But when he collected the IgNobel prize for his discovery, Fesmire said he’d realised since then that an orgasm would have the same effect and might well be preferred by patients. Both these methods would again stimulate the vagus nerve.

It is true that most DIY remedies lack trial-based evidence. However, the mechanisms by which they might work do fit in with what’s known about hiccups physiologically and all these methods are considered harmless. None is foolproof, which might explain the existence of so many different remedies, but they’re not simply old wives’ tales. The next time you hiccup any of them is worth a try.

All content within this column is provided for general information only, and should not be treated as a substitute for the medical advice of your own doctor or any other health care professional. The BBC is not responsible or liable for any diagnosis made by a user based on the content of this site. The BBC is not liable for the contents of any external internet sites listed, nor does it endorse any commercial product or service mentioned or advised on any of the sites. Always consult your own GP if you're in any way concerned about your health.