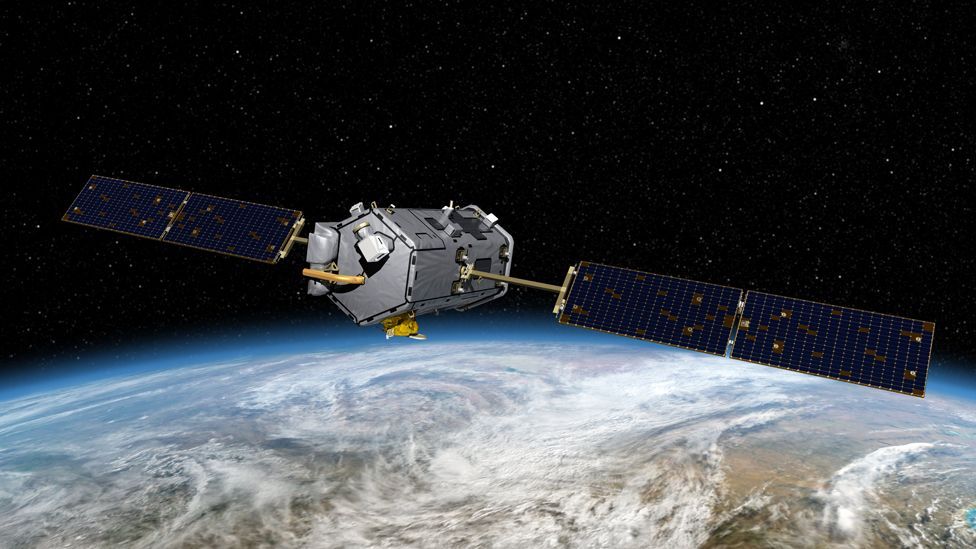 Behind a long rectangular window, in a high white room tended by ghostly figures in masks and hats, a new satellite is taking shape. Once in orbit later this year, WorldView-3 will be one of the most powerful Earth observation satellites ever sent into space by a private company. Spinning around the planet some 600 kilometres (370 miles) above us, it will cover every part of the Earth’s surface every couple of days.

Ball Aerospace in Boulder, Colorado is building WorldView-3 for commercial satellite operator DigitalGlobe. It is the latest in a series of spacecraft designed to beam back high-resolution pictures of our planet, images that most of us will eventually see on Google Maps or Google Earth.

This month Google Maps celebrates its ninth anniversary, and in June so does the company’s 3-D mapping app, Google Earth. Together they have changed the way we view the world. “Everybody I’m sure has looked up their house, their downtown, their business on Google Earth, and seen images from these satellites,” says Jeff Dierks, Program Manager at Ball. “It gives me a lot of pride when I see a satellite image on a news programme with the DigitalGlobe logo on them.”

Rather than operate its own spacecraft, Google buys its images from a small number of commercial satellite operators, and Dierks has worked on most of the satellites used. What’s surprising is how basic the technology is. “At its simplest, it is a decent resolution digital camera in space,” he explains, as we peer through the window into the clean room where the spacecraft is being built. 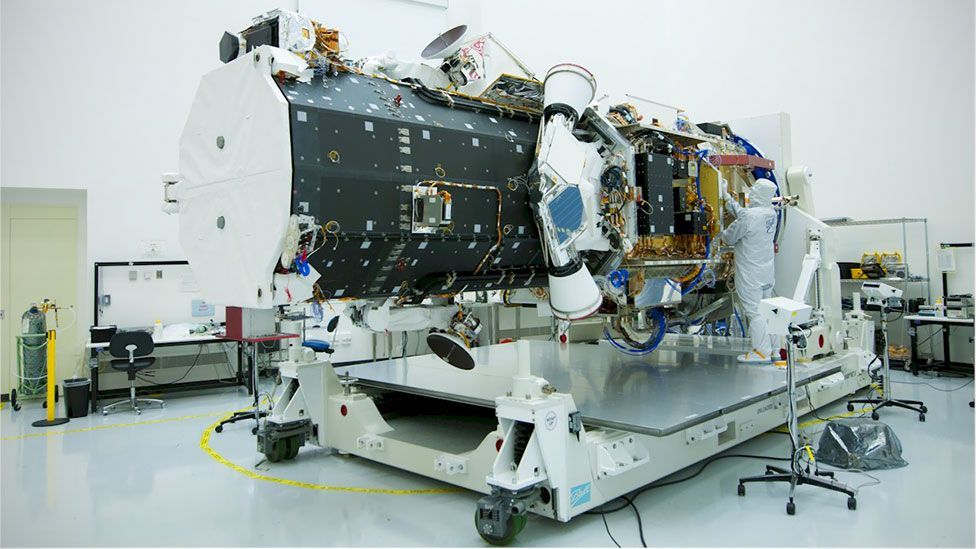 With its long cylindrical shape, WorldView-3 looks more like a telescope than a camera and it works on the same principle. The light comes in through a barrel structure, pointed at the Earth, and is bounced around by a series of mirrors, before being focused onto a CCD sensor. The big difference – apart from the size – between this and a typical handheld digital camera, is that the spacecraft will not just take snapshots but continuous images along thin strips of land or sea. Behind it, a giant Stars and Stripes flag has been painted across the wall. “Seeing the flag makes our government customers unbelievably happy,” laughs Dierks.

The satellite will be able to point to particular areas of interest and is capable of seeing objects just 25cm (10 inches) across. However, DigitalGlobe can only sell these highest-resolution images to customers in the US government. For everyone else, the company is only licenced to release images with a resolution of 50cm (20 inches). The latest US spy satellites, in comparison, are reported to be able to pick out objects less than 10cm (4 inches) across. But, for obvious reasons, the US military does not make those images available for free on Google.

Still, from more than 600km away, travelling at around eight kilometres per second, capturing an image half-a-metre across is an impressive technical achievement, and is less likely to raise concerns about privacy. 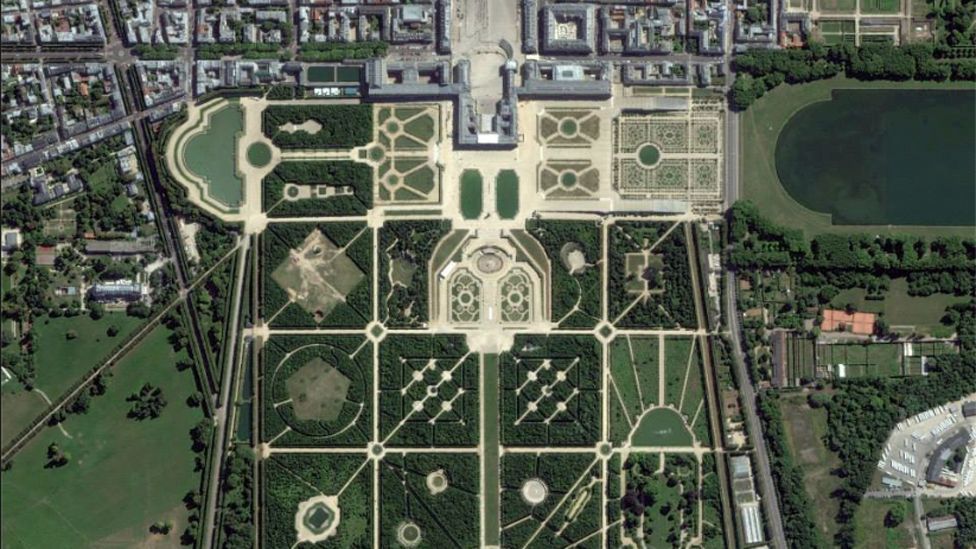 DigitalGlobe's satellites have captured a wealth of views, such as this of Paris's Versailles Palace (DigitalGlobe)

Images from WorldView-3 will be sold to thousands of businesses for everything from urban planning to forest monitoring, oil exploration to map making. But most of us will probably use them to look at our house from space. Unfortunately, unless you live in a major city, then you are unlikely to benefit in the short term from the improved images captured by this new satellite.

“Large metropolitan areas get imaged most often,” Dierks concedes. “Once a year they pick cities like Denver or London and rescan them and they get it into their database – how often Google buys those images and updates its maps, is up to them.”

Google is also only likely to purchase images captured on a cloud-free day. For some of us, this makes the odds of getting a new space picture of our house increasingly thin. “People ask ‘why can’t I see my new shed’, and I tell them to check back in a year or so,” Dierks says. In fact there is a good chance that, within the next year, if you look at a satellite picture of a major city it will include images captured by WorldView-3.

But today you also have the option of using services such as Bing or Apple maps, which also use images from DigitalGlobe. And very soon a new player will enter the market. Rather than pictures taken five years ago (the one of my house, for instance, is at least eight years old), UrtheCast promises live images of the Earth that anyone can download for free. Cosmonauts recently installed the Canadian company’s two UK-built cameras on the outside of the International Space Station (ISS) and the system will shortly enter its beta-testing phase. For those of us obsessed with looking at ourselves from space, this can only be good news. 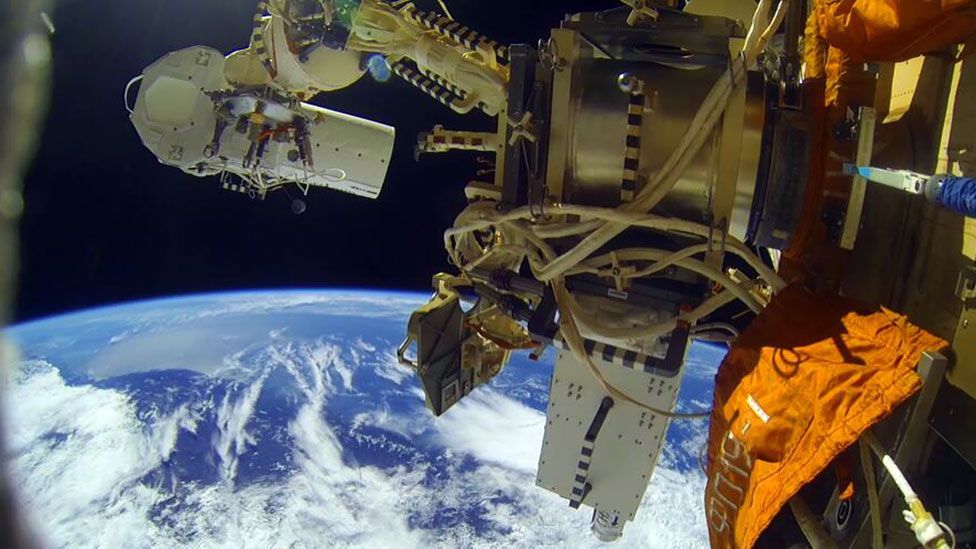 Back in the clean room at Ball Aerospace in Colorado, Dierks is also looking forward to seeing his latest satellite in orbit. “If you talk to most of us here we’ve been space geeks for all of our lives,” he says. “I keep track of the satellite tracking programs on the computer at home and if it’s coming by, I’ll step out into the backyard and see the satellite I’ve built flying over. And that’s pretty neat.”

Science & Environment
1Best space images of the month
Space Station
2The smallest spacecraft in orbit
Space Station
3Should we send artists to space?
Space Station
4How to spend Christmas in space
Around the BBC