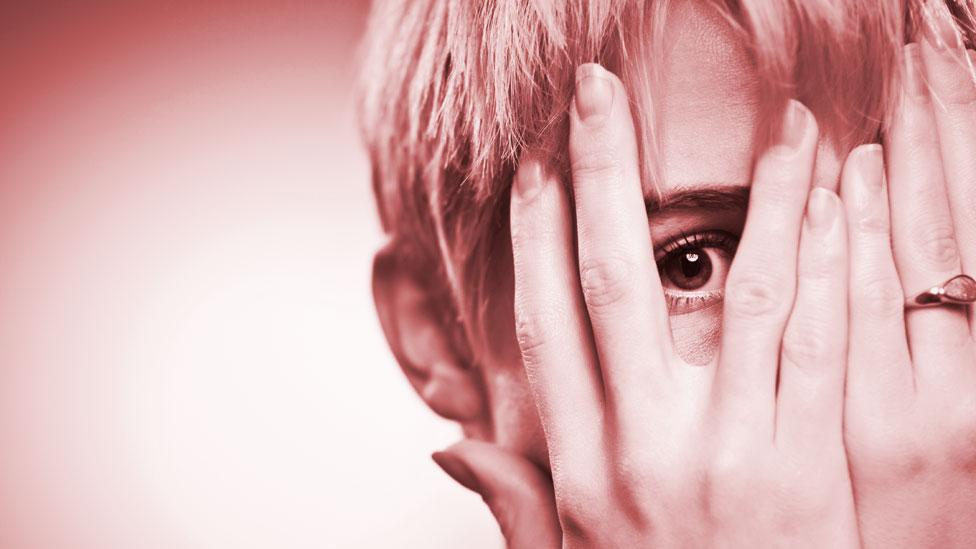 By Claudia Hammond 10th March 2014
No-one likes that awful flushed feeling, but is there a plus side to a red face? Some psychologists think so.
W

We’ve all said something stupid or regretful before, so we know how much worse it is when you feel that sudden heat in your face and realise your cheeks are visibly burning red. Blushing is something we fear so much that once we know that we’re doing it, there’s a vicious circle. We feel even more embarrassed, and the blushing gets worse. Researchers have found that simply being told that you’re blushing when you’re not really is enough to induce it.

The same study also found that we assume other people will judge us negatively if we blush, however this is where we might have got blushing all wrong. There’s no doubt that it’s unpleasant, and for an unlucky few it can be associated with social anxiety problems. But research shows that most of us overestimate the impact it has on us.

When we blush the capillaries in the face close to the surface of the skin expand, letting the blood rush in for everyone to see, whether it’s is a pink flush in white skin or a less conspicuous, but often still noticeable, darker flush in black skin. That by itself is not necessarily an issue; lots of us spend money on blusher, and a rosy redness to the cheeks has long been considered attractive. Applying blusher to the cheekbones to help shape the face is arguably different from blushing all over. But when the psychologist Ian Stephen showed people photographs of black and white faces on a computer, along with the means to alter the skin tone until it seemed perfect, most people added in a degree of redness.

However, the reason we don’t like it when we blush is the fact that we can’t control it. And this lack of control is also the reason we might not need to fear blushing as much as we do. Blushing can’t be faked, which makes it an excellent and trustworthy signal. If you really want to know what someone’s feeling, then look to see whether their skin colour has changed – as psychologists discovered when they made people play the classic test of co-operation, the Prisoner’s Dilemma.

Exact versions of the game vary, but the basic idea is this: you imagine that you and a friend have been arrested on suspicion of robbing a bank. If you say it was him, you’ll be set free and he’ll serve a 20-year jail sentence. If he tells on you, it’ll be you spending 20 years in prison. If you both confess you get eight years, but if you both stay silent they’ll have to set you free. The question is whether you can trust your friend.

In this version of the study people played against a virtual opponent on a computer, and could win or lose money instead of going to jail. At first the virtual opponent co-operated, meaning they both won money, but in the second round the opponent would defect, taking the winnings for themselves. The player was then shown a photo of the supposed opponent and asked whether they would trust them in the future. If the person in the photo was blushing they were more likely to say yes. It was as though by going red they’d acknowledged that they done wrong, making it less likely they’d do it again.

Glow with the flow

There’s even evidence that we prefer people who blush. The Dutch psychologist Corine Dijk gave volunteers a series of photos of people, some blushing and some not, accompanied by tales of their recent mishaps, ranging from appearing overdressed at a party to farting in a lift. The blushers were judged more favourably, despite their indiscretion. Other research has found that if you blush people are more likely to forgive you, and it can even avert a conflict. When you’re trying to work out who to trust, it makes sense to choose the people who would feel guilty if they did anything wrong. The ideal person is someone who would blush and give themselves away.

The act of blushing is about more than straightforward embarrassment. It’s partly about feeling like you’re the centre of attention. In one study people had to sing out loud while someone stared at one side of their face. The blood flow to the skin and the temperature of their cheeks duly increased, but only on the side of the face that was being watched. And as Ray Crozier from the University of East Anglia has found, shame and shyness can cause blushing just as much as embarrassment does. If someone brings up a topic that’s pertinent to you, even though you are not the centre of attention, nor feeling publicly embarrassed, you might still blush.

A few people find blushing so tortuous that they’re prepared to undergo surgery in an attempt to stop it. When blushing is very noticeable surgery can make a difference;  when it’s not so extreme cognitive behavioural therapy can help by questioning those beliefs about the consequences of a red face.

For the rest of us, blushing is simply unpleasant. So perhaps we should start thinking of it as a social asset. The next time you say something stupid and feel the blood rushing to your face, remember that you’re just showing your friends that you understand your mistake, and that you adhere to the social values of your group. They’ll probably like you all the more for it.

Medical Myths
1Is high blood pressure visible?
Under the Radar
2Want to be happy? Travel further
In Depth
3Smart drugs at work: Good idea?
Medical Myths
4Can you get by on less sleep?
Around the BBC