Loading
Beyond Human | Bionics
What happens to prosthetics and implants after you die?
Share using EmailShare on TwitterShare on FacebookShare on LinkedinShare on Whatsapp 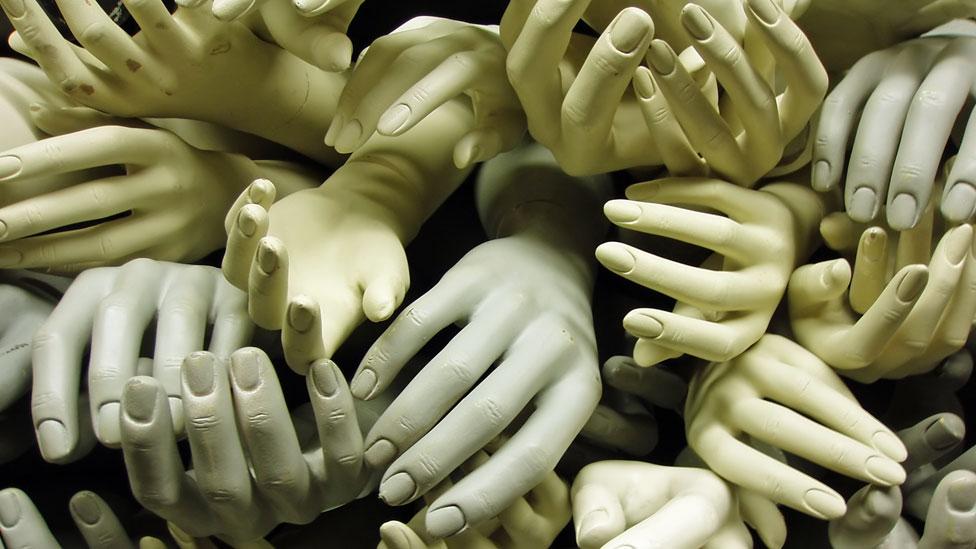 By Frank Swain 11th March 2014
Millions of prosthetics, breast implants, and pacemakers now exist – so what happens to all these augmentations when their owners die or no longer need them? Frank Swain investigates.
U

Under the watchful eye of the prison guards at Metro Davidson County Detention Facility, half a dozen inmates in blue overalls are wrestling with prosthetic legs. They strip each one down into a collection of screws, bolts, connectors, feet and other components. The prison workshop is home to a collaboration with Standing With Hope, a US charity based in Nashville, Tennessee that recycles unwanted prosthetic limbs for the developing world. The disassembled legs will be shipped to Ghana, where locally trained clinicians will rebuild them to fit patients there.

These legs will get a second life, but other types of prosthetics and implants usually face a different destiny. What to do with augmented human parts when they are no longer needed – often due to the owner’s death – is an increasingly common issue. Modern medicine offers a litany of replacement parts, from whole limbs to metal hips, shoulders and joints. Then there are pacemakers and internal cardiac defibrillators (ICDs), as well as more common augmentations like dentures and silicone breast implants. What happens to these augmentations when someone dies? 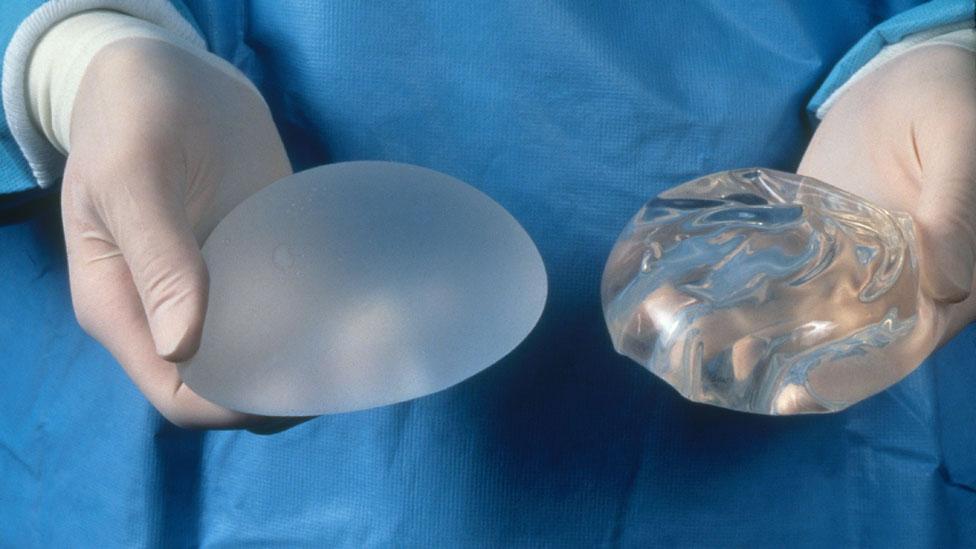 Might future archaeologists discover scores of silicone implants inside the graves of the early 21st Century? (Science Photo Library)

Inert devices such as breast implants and replacement hips tend not to be removed after death, largely because there’s no compelling reason to do so, and they pose little threat to the environment. So it’s likely that the archaeologists of future centuries will uncover peculiar objects in the graves of the millennial dead: silicone bags, plastic teeth and sculpted metal bones.

It’s a different story for cremation. In a furnace, silicone may burn up, but not the metal in implants – such as titanium or cobalt alloy. It is often separated from the ash and disposed of separately. Even tiny amounts of precious metals such as gold fillings can be discovered by waving a metal-detector over the ashes. 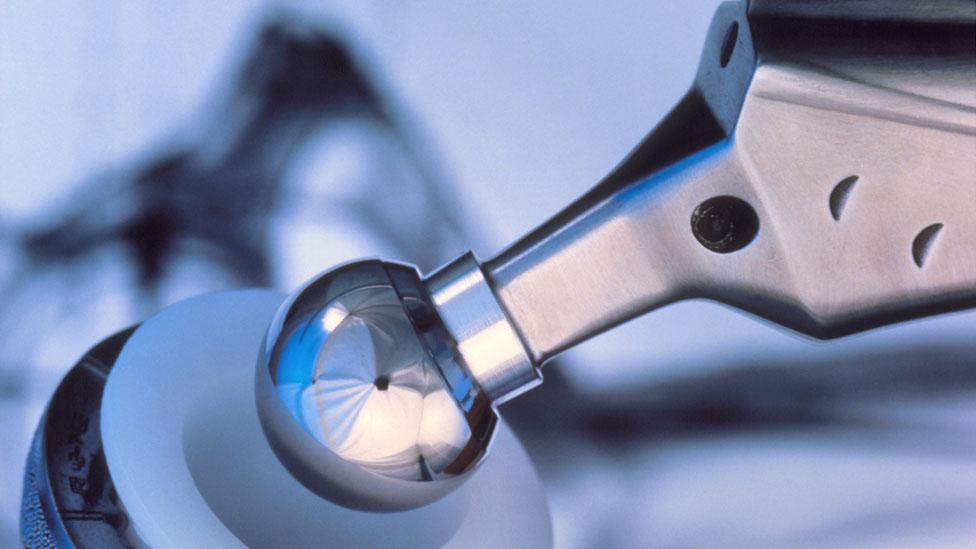 The metal in hip replacements can be recycled post-cremation - some may even end up used in a car or plane. (Science Photo Library)

In recent years, enterprising organisations have stepped in to recycle this material. Dutch company Orthometals, for example, collects 250 tonnes of metal every year from hundreds of crematoriums around Europe. At their facility in Steenbergen, it is sorted and melted down into ingots before being sold to the automobile and aeronautical industries. A similar US company, Implant Recycling, sells the melted and recast metals back into the medical industry. After you die, a little piece of you may one day end up in an aeroplane, a wind turbine, or even another person.

Pacemakers and ICDs, by contrast, are often taken out of the body after death – and almost always before cremation, because the batteries can explode when heated. The same goes for spinal cord stimulators that treat pain and some types of internal pumps for administering drugs, since they contain electronics too.

Once removed, implants are typically discarded – both the European Union and the US, among others, have rules that forbid the reuse of implanted medical devices. However, there is a growing trend to recover them for use in the developing world. 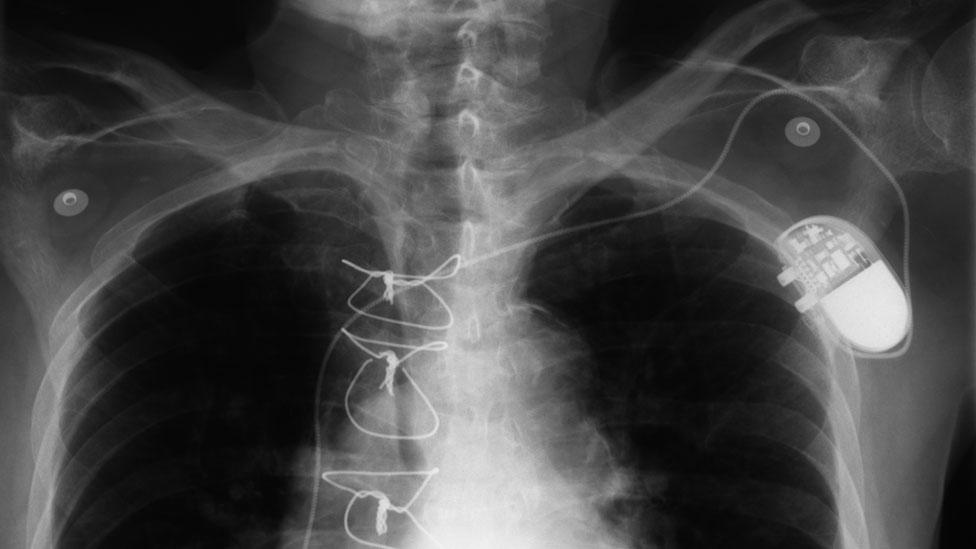 An internal cardiac defibrillator contains batteries that can explode if not removed before its deceased owner is cremated. (Science Photo Library)

At $4,000 for a pacemaker and $20,000 for an ICD, a second-hand implant is the only way that millions of people will be able to afford this life-saving equipment. In the UK, charity Pace4Life collects functioning pacemakers from funeral parlours for use in India. In a similar effort, the journal Annals of Internal Medicine recently published the results of a US programme called Project My Heart Your Heart, which found that 75 patients who received second-hand ICDs showed no evidence of infection or malfunction. The group are now applying for FDA approval to send recycled heart devices overseas.

Back in Nashville, Standing With Hope has adopted a similar approach by shipping prosthetic limbs to Ghana. The charity’s co-founder, Gracie Rosenberger, was badly injured in a traffic accident at 17, an incident which cost her both legs. Like many amputees, Gracie acquired a stockpile of prosthetics over the years, which made her wonder whether they could be put to better use. As limbs are replaced or outgrown, the old ones gather dust in the backs of closets. When an amputee passes away, the family are often left with a cache of working limbs but no one to take them.

“The private insurers do not want it back, I don’t even think Medicare wants it back,” explains Rosenberger’s husband Peter, who is president of Standing With Hope. “There are all kinds of liabilities. So a lot of this stuff is discarded, unfortunately.”

Now amputees and their families can send old limbs in the mail to the Rosenbergers. When asking for donations, Standing With Hope’s website reads: “We’re not asking for an arm and a leg... just a leg”. 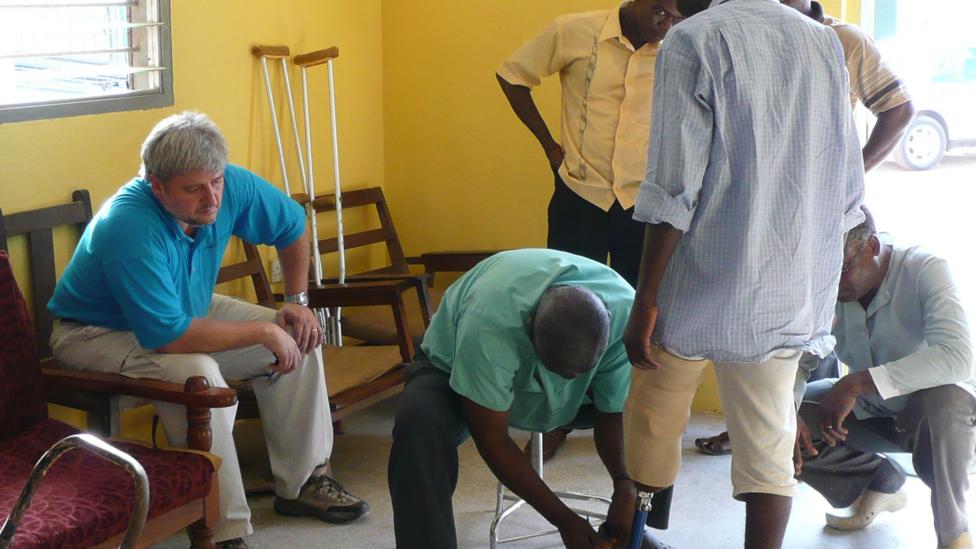 The goal is to beat last year’s total of 500 replacement limbs delivered to Ghana. “Last year I had a thing I called Operation Footloose, and on my radio show I would play the theme from Footloose and say ‘turn that foot loose so we can recycle it’,” Peter laughs.

Just like organ donors, those that bequeath their medical implants can bid farewell to the world with the knowledge they offer a stranger a second chance at life, be it a man with a heart defect in India, a woman undergoing a hip replacement in America, or a child with a missing limb in Ghana. And it’s not just donors and recipients that have something to gain from the process. The Metro Davidson County Detention Facility is just a few minutes’ drive from Peter’s home, and every so often he visits the inmates working in the limb disassembly workshop. As they chatted, one prisoner told Peter what the Standing With Hope project meant to him. “He had tears in his eyes and said to me: ‘I get to do something positive for the first time with my hands. I’ve never done anything positive with my hands’,” Peter recalls. “How rewarding is that?”