Loading
Last Place on Earth | Earth
What is the world’s scarcest material?
Share using EmailShare on TwitterShare on FacebookShare on Linkedin 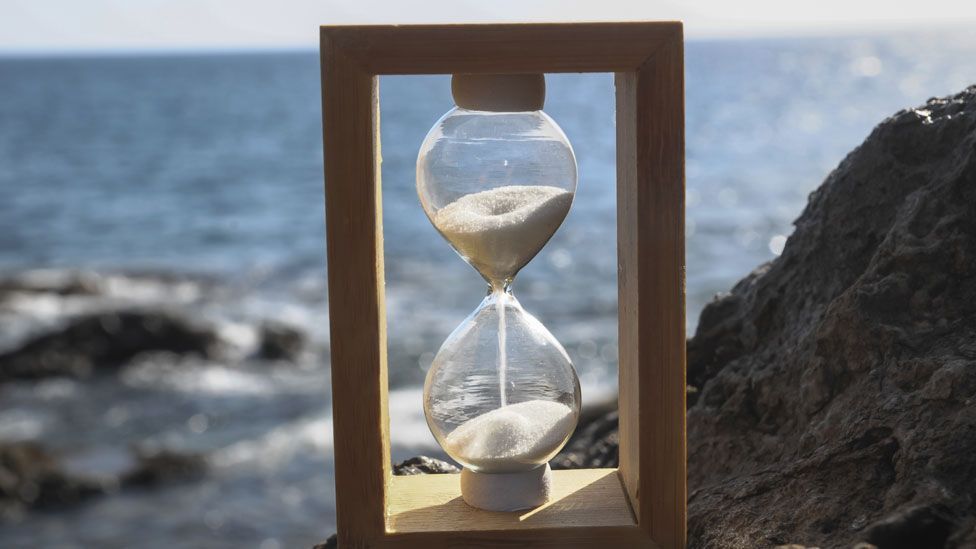 By Rachel Nuwer 18th March 2014
Should we worry about natural resources running out? As Rachel Nuwer discovers, that’s the wrong way of looking at a far more complex problem.
O

Of all the world’s materials, which one will “run out” first? The more we consume as a society, the more we hear about how vital ores and minerals are dwindling, so it seems logical to assume that a few may be about to disappear.

Yet that may be entirely the wrong way of looking at the problem. According to natural resources experts, many of the materials we rely upon in modern life won’t “run out” at all. Unfortunately, the scenario they paint about what will happen instead in the near future is hardly rosy either.

Some of our most cherished devices – smartphones, computers and medical equipment, for instance – rely on a rich list of elemental ingredients. Mobile phones alone contain a whopping 60 to 64 elements. “Many of these metals are present in only minute amounts, a milligramme or less,” says Armin Reller, a chemist and the chair of resource strategy at Augsburg University in Germany. “But they are very important for the function of the device.”

This includes things like copper, aluminum and iron, but also less well-known materials, like the “rare earth elements”, what the Japanese refer to as “the seeds of technology”. 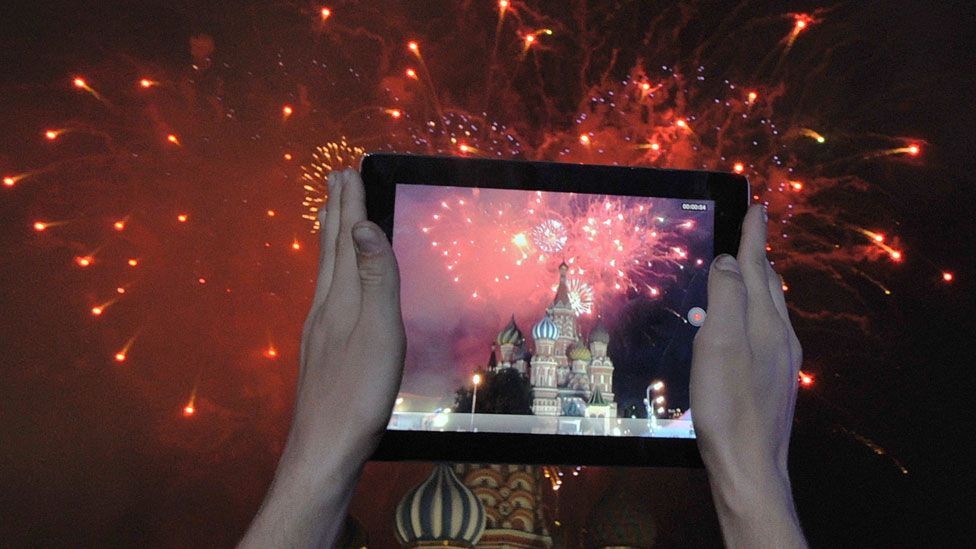 The latter class of materials has come under particular scrutiny because they’re a vital ingredient in smartphones, hybrid cars, wind turbines, computers and more. China – which produces around 90% of the world’s rare earth metals – claims that its mines might run dry in just 15-20 years. Likewise, if demand continues for indium, some say it will be gone in about 10 years; platinum in 15 years; and silver in 20 years. Looking farther into the future, other sources claim that things like aluminum might run dry in about 80 years.

Other studies indicate that rhodium, followed by gold, platinum and tellurium, are some of the rarest elements in terms of their percentage in the planet’s crust and their importance to society.

As startling as these figures sound, however, the complete loss of silver, platinum, aluminum or any other mineral resource will likely never come to pass, according to Thomas Graedel, director of the Center for Industrial Ecology at the Yale School of Forestry and Environmental Studies. We have never completely run out of a natural resource, he says, and we almost certainly never will.

Thinking in terms of “running out” is not the right way to approach this problem. For starters, it’s impossible to prove a negative. Scientists could never definitively say “The world has no more silver reserves” without checking every last subterranean nook and cranny on the planet. The more practical reason, however, is that by the time we reached the point that running out is even a consideration, the price tag for those last remnants would be prohibitively expensive, and manufacturers would not be able to turn a profit on any products made from them. They already would have moved on to a substitute resource – even an inferior one. “As supply and demand change, prices change and people adapt what they need and how they use it,” says Lawrence Meinert, program coordinator of the US Geological Survey’s Mineral Resources Program. “This means that you can never consume everything because the price gets so high you stop using it.”

In the 1980s, mining for cryolite – used in processing aluminum ore – stopped because remaining reserves were too small to justify the expense of mining. We simply moved on to using a synthetic substitute.

It’s not really possible to put a label on what the world’s rarest resource is, either. Instead of thinking in terms of how many tonnes of element X or mineral Y are left in the earth, Meinert says, rarity depends on how easy it is to get our hands on that resource, and also on the market’s demand for that commodity. Rarity, thus, becomes more a question of availability than of actual physical reserves, and that availability can be influenced by a variety of forces. 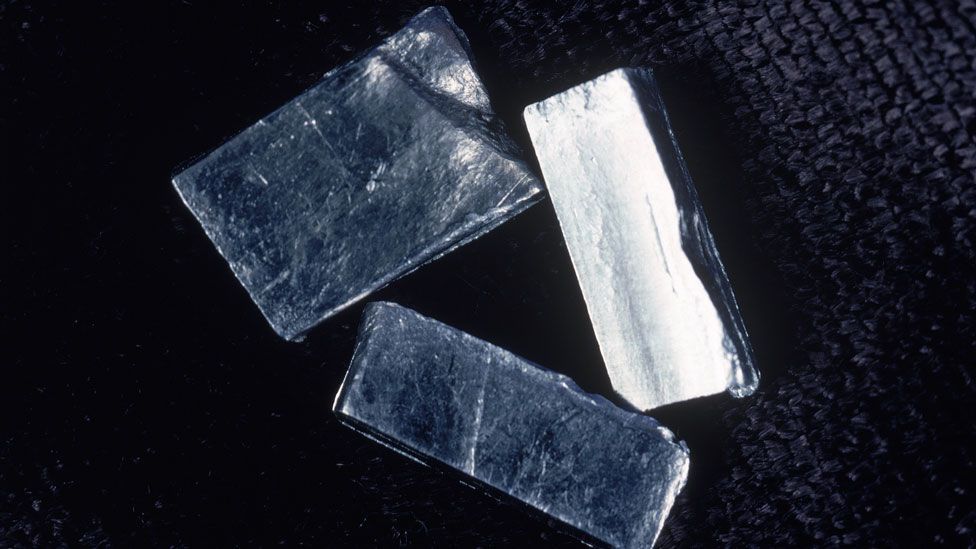 We may need a replacement for indium, used in smartphones, in as little as 10 years (Science Photo Library)

For starters, some resources such as indium – found in computer and smartphone display screens – are byproducts of other mining operations. Almost all of the world’s indium comes from zinc mines; there are no dedicated indium mines, because it occurs in such small amounts mining for it is impractical. So if demand for zinc declines – say, because car manufacturers switch from steel to aluminum bodies, as they have been doing recently – then this would have an impact on indium. “Nature puts deposits where it feels like, without worrying about whether we have the energy or water handy to deal with it,” says Graedel.

In other cases, demand might surpass supply, even if there are dedicated mines for the material. Certain resources are sometimes referred to by the German term Gewürzmetall – “spice metal – because, like a dash of cinnamon or saffron tying a dish’s flavour together, these materials compose only a small proportion of an electronic device’s makeup but are essential for that device to function. Palladium, which is used as a capacitor in cell phones, makes up just 0.015% of those devices’ composition, but the cell phone industry goes through about 15 tonnes of that rare metal each year. Given that palladium is also used by the automotive, jewellery, dental, health and electronics industries, eventually, competition could drive up prices, and supply could fall short.

Politics can come into play, too. Most of the rare-earth-metals supply comes from mines in China. Several years ago, China decided to cut down on its export of those elements. As a result, the price of rare earth metals – and the goods they are used to make – has increased. “It’s not that the rest of the world does not have rare earth metals,” Meinert says. The US, for example, holds around 38% of the world’s deposits, but only one mine in southern California (which was closed for several years due to competition from China) is currently producing them. “It takes a long time to put a mine into production,” Meinert says.

In addition to countries setting their own embargoes on exports, conflicts have an impact on resource availability. Fighting in the Democratic Republic of the Congo could affect the world’s supply of coltan, for example, a metallic ore used to make capacitors.

So should we worry about dwindling resources? Historically, the argument that, if one element or another runs dry, the world will find alternatives has worked pretty well. Unfortunately, however, in today’s increasingly complex world, good substitutes are hard to come by. In a recent study, Graedel and his colleagues tried to identify the best substitutes for 62 metals. Twelve of those metals, they found, had no substitute at all for their major uses, and none of the 62 they studied had a substitute available to cover all of their uses. “Because we chose what’s almost always the best from a long list of materials, performance is likely to decrease – computers will get slower, engines will be less efficient and so on – if we start making substitutions,” Graedel says.

Within the next several years Graedel hopes to have a better idea of which metals might soon be in short supply. Product development teams could begin thinking of possible substitutes, and to focus on developing devices using materials with more reliable supplies. 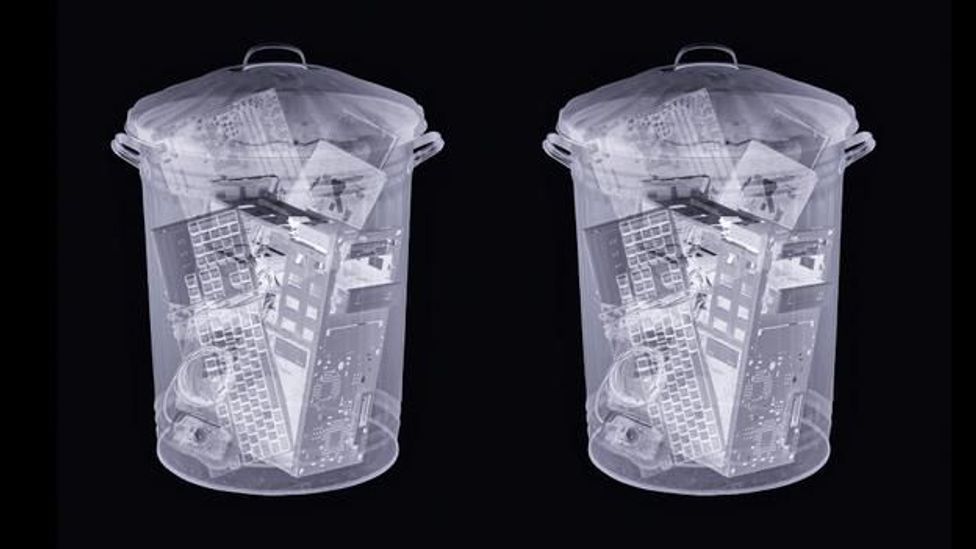 In the meantime, it would help if consumers found responsible ways of recycling their used electronics. In 2009, US citizens recycled just 25% of their used TVs and computers, while as little as 8% of mobile phones were recycled. “It’s really a tragedy that we spend all this time and effort getting gold and platinum and other things we use in our electronics, but then we use them once and don’t worry about what happens to them after that,” Graedel says. “Recycling won’t solve the problem [of scarcity], but it certainly would help.”

If the world began recycling in full force and combined those efforts with new technologies for efficiently finding, extracting and sharing the resources we need, it could be possible that the materials integral to modern life will last for generations to come, Reller says. “But that hope might be a little bit dream-like,” he admits.

The balance of supply and demand does affect us, especially when it comes to the price and availability of the technology in our lives. So while no material is so scarce that it is about to disappear entirely – we should worry that many could soon become out of reach.