Modern airliners go through a series of exhaustive tests, from the earliest stages of design, to make sure they are as safe as possible. Katia Moskvitch lifts the lid on some of the stresses plane-makers put them through – from Arctic freezing to shooting chickens at the cockpit.

Aeroplanes have moved on more than a little since the first aviators soared into the sky, clad in leather jackets, caps and goggles. Back then, they needed quite an element of faith before taking to their flying machines. One hundred years on, they board highly complex machines often made from unusual materials such as carbon fibre and flying partly thanks to computers. The days of flying on “a wing and a prayer” are over.

Nowadays, aircraft testing is incredibly elaborate and rigorous. New planes only make it into the air after a long list of tests – from chucking chickens into jet engines to simulate bird strikes to bending the wings to extreme angles.

In the last 10 years, the testing methods have undergone major changes– both on the ground and in computer simulations. The aim, in both cases, is to minimise the number of hours testing planes in flight.

Accidents of the past – such as the crash of an airliner at Dallas Fort-Worth in 1985 during a thunderstorm, or the electrical fault which brought down a TWA flight near New York in 1996 – spurred aircraft designers to bring in more and more safety features into new aircraft at the design stage, long before they started carrying paying passengers.

Many of us have experienced a bumpy ride on a plane, but the routine – albeit always scary –of sudden drops or wobbling wings is nothing compared to what an aircraft is subjected to when undergoing tests. Many modern passenger jets can flex their wings nearly 90 degrees in a test rig. 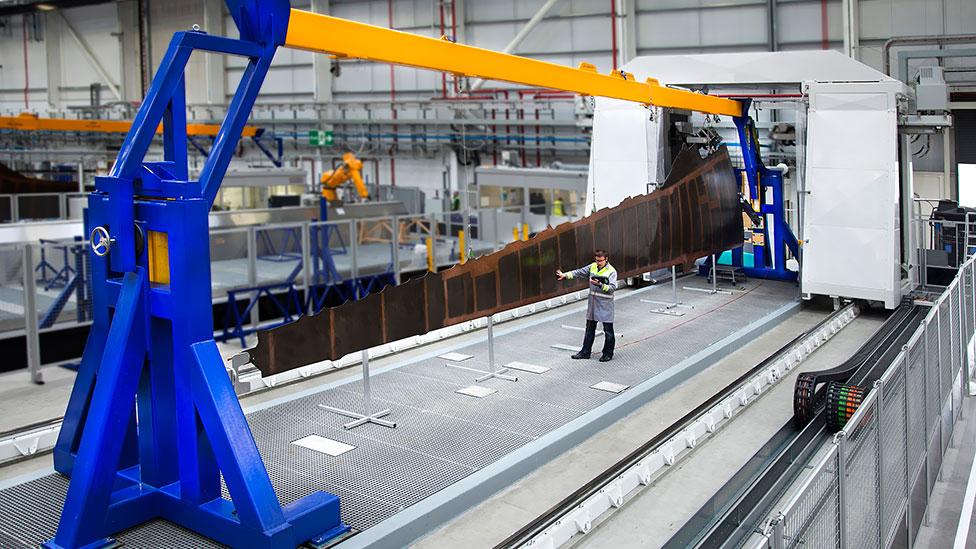 To see how the wings and fuselage would behave under both normal and exceptional loads during their life, manufacturers perform so-called “static tests.”

Airbus, for example, performed the ultimate load test on a specially built static airframe of its A350 XWB Airbus in December 2013. The plane’s wings received loads of up to 1.5 times higher than they would ever encounter in service. And at ultimate load, the plane’s wingtip deflection exceeded five metres – that means the load bent the wing up almost 90 degrees.

The final test involves getting the aircraft wings to snap – this helps find out their breaking point, and ensures it is well beyond the predicted load level.

If an aeroplane encounters a flock of geese on its way to warmer climes, it’s not only a bloody encounter for the birds, it is also a major risk for those inside the plane. Even small birds can cause an engine to stall or explode.

According to a recent study conducted by the International Bird Strike Committee, there is only about one accident that results in human death in one billion flying hours. Most bird strikes cause little damage to the plane – but the collision is very often fatal to the bird. And such accidents cause damage to commercial aircraft costing some $1.2bn to repair every year.

One of the aviation pioneers, Cal Rodgers, was the first person to die from a bird strike. In 1912, his aircraft collided with a gull over Long Beach, California that became tangled in his plane’s control cables. Rodgers’ plane crashed and he drowned. 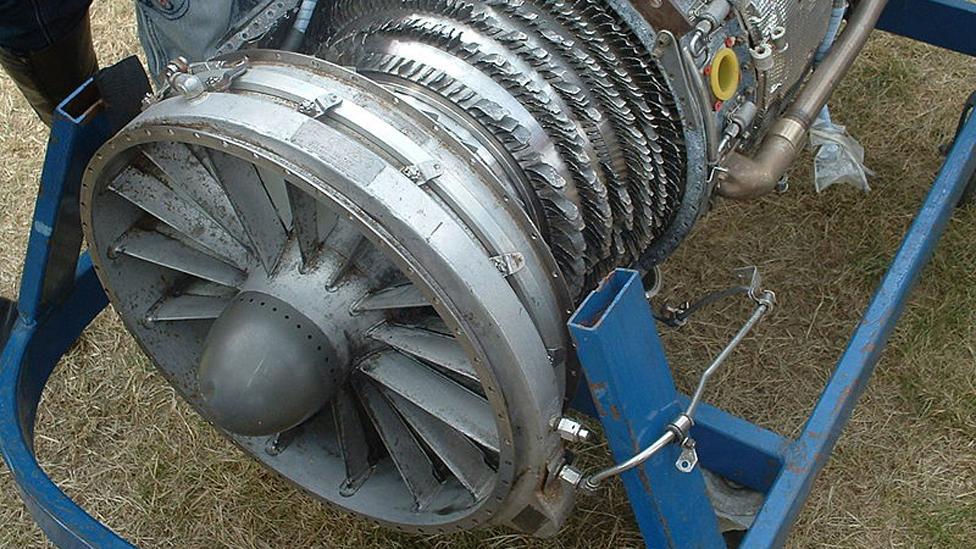 Bird strike is often fatal for the bird - but can be lethal for those in the plane, too (Wikimedia Commons)

Bird strikes are still a cause for concern, even as planes become more sophisticated and resilient. On 15 January 2009, a US Airways Airbus A320 collided with a flock of geese, and both engines were disabled. The plane ditched into New York's Hudson River in a text-book crash landing on water, with all 155 passengers and crew safe evacuating safely.

To ensure that engines continue to operate even after a bird strike, engine manufacturers do just that: throw dead birds into test engines on the ground with a so-called “chicken gun”– a large-diameter, compressed-air cannon. The chicken gun was invented in the 1950s by de Havilland in the UK; freshly killed chickens were packed into a compressed air gun and fired at the windscreen and engines. Aircraft manufacturers also simulate bird strikes at cockpits, also using the gun to propel birds onto a windshield, to ensure that it won’t break the plane’s windows or change the way it flies.

“We have used fowl to test aircraft structures,” says Adam Tischler, of Boeing’s Flight Test Communications Division. “This is not a common test, however it can be an effective way to evaluate the results of a bird strike on an aircraft.”

Water can be another issue. To test what happens when large amounts of water get into the engine, for example in case of heavy rain, planes taxi through a specially made water trough. “These tests assess the correct functioning of engines and thrust reversers, as well as braking systems, when submitted to water thrown up by the wheels in cases of standing water on the runway,” says Justin Dubon of Airbus. Other tests, such as those which Boeing undertakes, force a steady stream of water or fire loosely compacted ice into the engines to mimic the effects of cruising through a hail cloud.

To make sure engines, systems and materials work properly under extremely hot temperatures and at high altitude, manufacturers stage a “hot and high campaign”– to test aircraft in intense heat and freezing conditions.

For example, to examine the latest Airbus A350 XWB’s ability to withstand freezing temperatures, the plane manufacturer’s engineers took it to Iqaluit, the capital of Canada's Arctic territory of Nunavut. It stayed there for a week, and the tests included operating the plane on the ground and in the air in temperatures as low as -28C (-18F) and performing thrust-reversed tests with snow – basically, the effects of sudden braking that you might find on an aborted take-off. The trials also include powering-up the aircraft after long periods at  low temperatures, says Dubon. 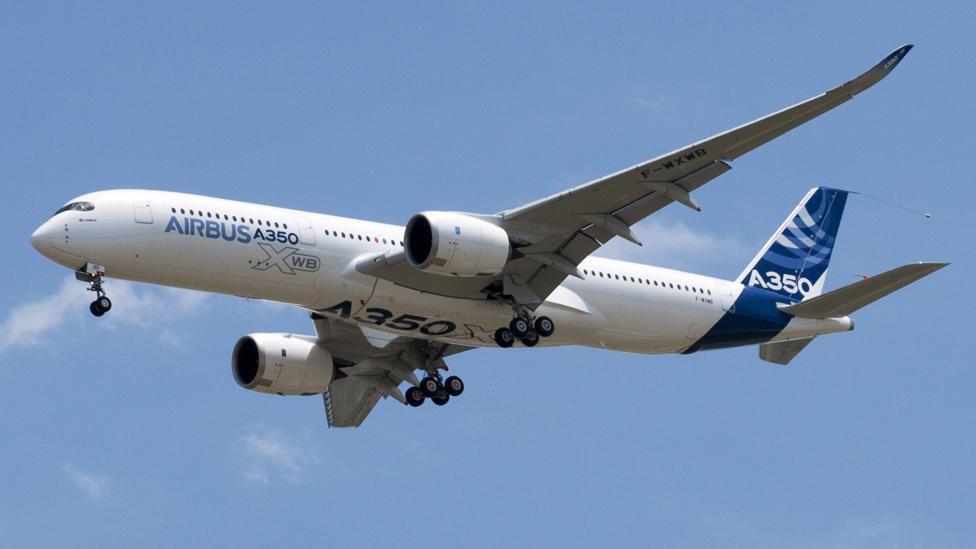 Planes also spend about a week carrying out similar tests at high altitude airfields like Cochabamba and La Paz (Bolivia), Addis Ababa (Ethiopia) and others. La Paz is one of the world’s highest airports at 13,300ft (4km) above sea level, and Cochabamba is at around 8,300ft (2.5km) feet.

Using a plane at such high altitude airfields puts a huge strain on the engines and other systems. To test that everything operates smoothly, tests include several take-offs with all engines operating and with simulated engine failures, and the autopilot behaviour during automatic landings and go-arounds (aborted landings) is also checked. “The aim of such trials is to validate full functionality of the engines, systems, materials... and to ensure that the passengers, if ever in this scenario, are always in a comfortable environment,” says Dubon.

Wind tunnels, meanwhile, allow manufacturers to test all phases of flight – including extreme conditions. For instance, Boeing conducts tests at its Research Aerodynamics Icing Tunnel (Brait), says Adam Tischler, of Boeing’s Test & Evaluation department. It’s in there that the company inserts a cross section of a wing to test de-icing systems. The tunnel can test speeds between 60 and 250 knots (110kp/h to 463kp/h) in temperatures as low as -40C (-40F), says Tischler. The facility allows Boeing to simulate many kinds of rain, ice and cloud conditions that aeroplanes might encounter.

One of the most cutting-edge ways of testing modern planes involves building the guts of the aircraft on the ground and then testing these systems digitally. Bombardier, for instance, has built a ground testing facility called “Aircraft Zero” (Complete Integrated Aircraft Systems Test Area or Ciasta) in Montreal. It’s basically a rig that has all the key systems of a typical plane. It is used “to simulate an aircraft in flight virtually even before the actual aircraft takes to the sky” says Bomardier’s Sebastien Mullot.

The simulation uses high tech full aircraft system layouts on the ground called Iron Birds. “Iron-birds can simulate all flight segments such as take-off, cruise, landing, and so on, so that the aircraft is virtually tested on ‘real’ flights such as London to Dubai without any actual flight taking place,” says Mullot. “All this can be done well before the first pieces of the first aircraft to fly are assembled.”

The simulation helps anticipate any potential structural issues such as miniature cracks that could appear at a specific point of an aircraft’s service life, says Mullot.

It is even possible to virtually test for bird strikes on the cockpit and on the wing’s leading edge. “We can predict the structure behaviour according to any weight of the bird and any impact point,” says Jean-Louis Montel, deputy head of the design office at Dassault Aviation, a French aircraft maker. “This way, during the real test, a ‘calibrated’ bird is used and only critical impact points are tested.”

Engineers also carry out ultrasound tests on where the wing meets the fuselage; it allows  to look inside the material and find possible defects without having to take the plane apart.

On average, every commercial plane is hit by lightning about once a year, according to the Cardiff University’s “lightning lab” in the UK – a recently established laboratory where Airbus, for example, conducts lightning tests. The university’s lab is formally called the Morgan Botti Laboratory at the School of Engineering. 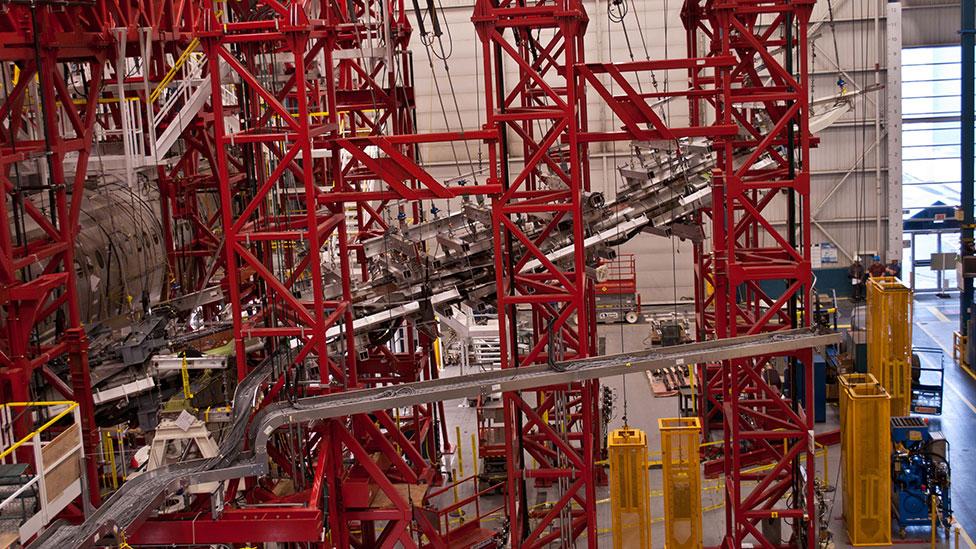 Despite lightning strikes, traditional aluminium planes are usually able to continue their journey safely – the high electrical conductivity of aluminium can dissipate the electricity through the aircraft structure quickly without causing any damage. But not all planes are made from metal anymore: to reduce weight and therefore fuel consumption, next-generation aircraft are built from new and much lighter materials such as carbon fibre, which tend to have much lower electrical conductivity than aluminium, says Airbus’s Matthew Cole.

This can lead to up to 25% improvement in fuel efficiency. These materials, however, need to be protected against lightning strike. It is usually done by adding a thin layer of metal mesh or foil. “This layer is safe and effective and successfully dissipates the charge, mitigating damage,” says Cole. The problem, though, is that it adds weight.

At Cardiff’s lightning lab, researchers are looking for other solutions to protect systems against strikes, while maintaining safety levels and without adding weight. The work involves “putting panels through lightning strike tests to better understand the reaction of different materials,” says Cole. Discharges can be up to 100,000 amps – enough to power a small town.

At Boeing, there are two different systems to test for lightning. One is a two megavolt high voltage generator that produces a lightning “strike” indoors and can mimic where the lightning will attach on an airplane in flight. The second system is a 50-60 kilovolts high current system that can output 200,000 amps to simulate a powerful strike on the airplane’s skin.

We’ve come a very long way since the early 1950s, when the early commercial jet liners such as Britain’s pioneering Comet suffered serious problems, some of them resulting in fatal crashes. Ever since, aircraft manufacturers have been searching for ever more sophisticated ways for testing their planes. So next time you encounter turbulence or bad weather on a flight, be assured that your plane has survived much worse. 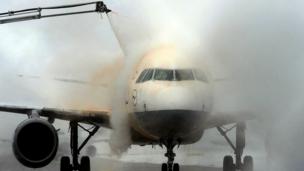 How to keep planes ice-free 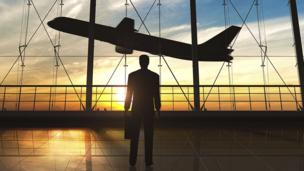 Tricks for a peaceful flight 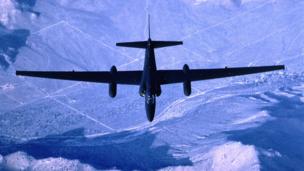 Flying at the edge of space 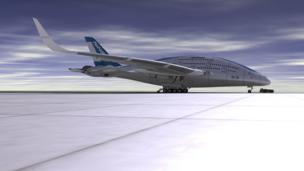 Whale-shaped giant of the skies