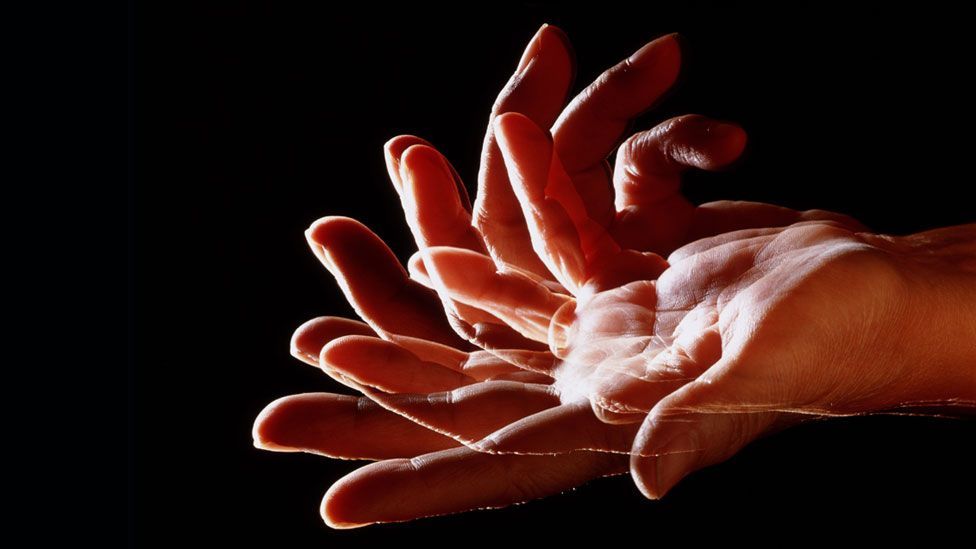 By Colin Barras 21st March 2014
Waving your arms, wriggling your fingers and striding around a room can help you learn faster, says Colin Barras. How does it work?
E

Ever got to grips with a problem? Picked up a new skill? Grasped a difficult concept? The language of learning is full of references to parts of the body outside the brain. Perhaps that’s because these phrases hint at something deeper. Researchers are discovering that learning is easier, quicker and more long-lasting if lessons involve the body as well as the mind – whether it’s gesturing with the arms or moving around a room. Can these insights enhance teaching and learning in the future? And should it inform the way technology is employed in the classroom?

In some ways, the idea that the body can aid learning should come as no surprise. Consider that many of us probably began to understand basic arithmetic by counting on our fingers before learning to count in our head instead.

“In the past, people have argued that as we learn we become more able to think abstractly,” says Andrew Manches, a teacher turned psychologist at the University of Edinburgh in the UK. “Young children depend on physical objects to help them, but if I’m asked in a meeting now to work out a calculation and I get out a set of blocks to help me – obviously I’m going to look silly.”

Conventional thinking might suggest that teachers should help wean children off physical objects and body gestures to prepare them for the adult world. But in truth, the physical world never really leaves our thinking. For example, when we process verbs such as lick, kick and pick, medical scanners show that the parts of our brain that control the muscles in our face, legs and hands, respectively, light up with activity. And even the most abstract of concepts may have grounding in the real world.

This theory is called embodied cognition, and it suggests that what goes on in our minds stems from our actions and interactions with the world around us. It means that encouraging children to think and learn in a purely abstract way might actually make lessons harder for them to understand and remember..

Science is beginning to back up the idea that actions really might speak louder than words in the classroom. Spencer Kelly, a psychologist at Colgate University in Hamilton, New York, has found that people spend three times as much time gesturing when they think it is particularly important that they get a message across, suggesting that even if only at the subconscious level, we appreciate the communicative value of our body language. Kelly has also found evidence that people like a teacher better when that teacher uses arm and hand movements to emphasise points.

Yet body movements can do more than simply raise a teacher’s popularity. Studies show that young children learn more if their teacher uses gestures when explaining a concept. Meanwhile, Susan Wagner Cook, a psychologist at the University of Iowa in Iowa City, has found that children pick up new concepts more effectively if they are taught to mirror and repeat the gestures their teacher uses, and that lessons involving words and gestures live longer in a student's memory than lessons using words alone.

There’s a place for technology in all of this – particularly with the rise of gesture-recognition devices like the Nintendo Wii, Microsoft’s Kinect add-on for the Xbox and touchscreen tablet PCs. Researchers at the University of California, Berkeley, turned two Wii-mote video game controllers into a device that helps children visualise equivalence ratios – for instance, understanding how if one plant grows twice as fast as another, the difference between their respective heights will become larger over time.

This can be a tricky concept for children to understand. When asked to use their hands to represent the different growth rates, some students will place one hand slightly higher than the other, but then raise both hands at the same speed. The Berkeley team’s device gives the children dedicated and instant feedback, helping them work out when their hand gestures correctly match what would happen as the two plants grow. Afterwards, even struggling students can articulate in words that they actually understand why moving their hands at different speeds is the correct response.

The Kinect sensor, meanwhile, is being used in studies to help children learn to more accurately map numbers onto physical space – a simple skill but one that is fundamental to our understanding of mathematics. Most people know, for instance, to place the number 50 exactly midway along a line marked “0” at one end and “100” at the other. Researchers at Eberhard Karls University in Tuebingen, Germany, found that seven-year-olds can place numbers along such a line more accurately if they physically walk the line on the floor – with their motion captured and analysed by the Kinect sensor – than if they use a mouse to interact with a computer screen representation of the line.

Manches has begun exploring whether Kinect offers a way to re-imagine traditional children’s blocks. The technology allows children to pick up and manipulate virtual blocks on the screen using the same gestures they would use to play with real blocks – but the virtual blocks can do new things like change colour as they are pulled apart into smaller units, giving children fresh ideas about the way numbers can be broken down.

In light of all this, it’s tempting to conclude that teachers, and their students, should be jumping up and down, or waving their arms about like windmills during lessons. Manches, however, advises caution. The trouble is, science has not quite worked out exactly how the relationship between body and mind effects work. “You can’t jump into the prediction and intervention stage too early,” says Manches.

This isn’t to say there aren’t working theories for what’s going on, particularly when it comes to understanding why gesturing helps lodge information more firmly in the mind, says Cook. The lessons we learn at school usually involve declarative memory – these are the facts that we can consciously recall or ‘declare’ at a later date. But some of our memories are non-declarative – things we can remember without really being able to explain why. The classic example is how we never really forget how to ride a bike. Physical movements seem to be particularly suitable fodder for making non-declarative memories, and so by both speaking and gesturing, we may encourage our brains to make two independent memories of an event, boosting our chances of remembering the event later.

Even though researchers like Manches and Cook remain reluctant to set out prescriptive guidelines for teachers, their caution is beginning to weaken. “Five years ago I might have said there’s potential for real harm in giving teachers instructions from this research,” says Cook. Today, she is less worried of the potential to do damage – in part because none of her studies to-date has uncovered any evidence of detrimental side effects.

“In every study that we’ve tested the importance of gesturing, we’ve found it works,” she says. “Even in the experimental settings where we thought gesturing wouldn’t work.”

Science & Environment
1Can you learn to be creative?
Technology
2How to learn like a memory champ
Technology
3Secret code to faster learning
Health
4How to make kids learn faster
Around the BBC