Loading
Will We Ever? | Physics
Will we ever… travel in wormholes?
Share using EmailShare on TwitterShare on FacebookShare on Linkedin 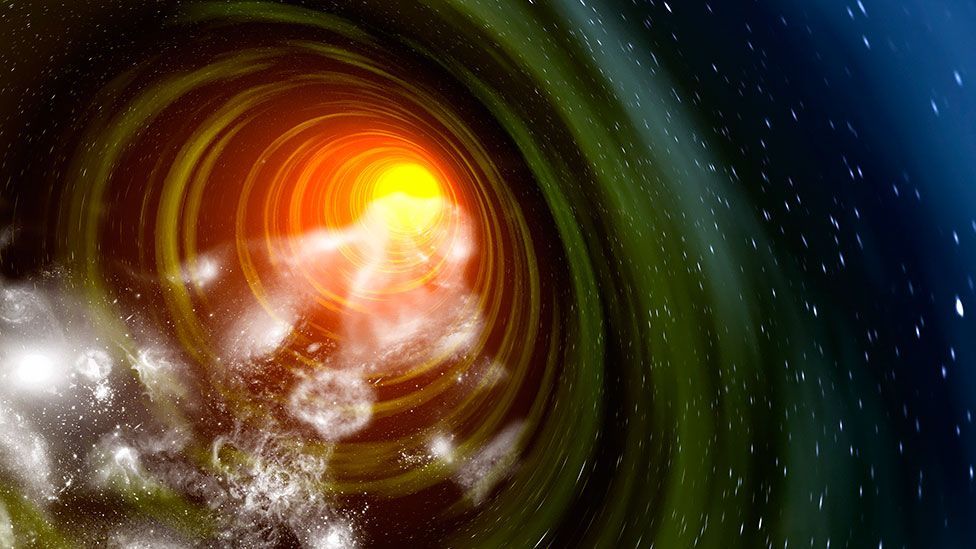 By Marcus Woo 26th March 2014
Leaping between galaxies through tunnels in space may sound crazy, but physicists have yet to rule it out. So how could this possibly work, asks Marcus Woo.
T

The universe is huge. Travelling at light speed to the nearest star would take more than four years. Venturing to the other side of the galaxy? More than 100,000 years. So what's an intrepid space traveller to do?

One option is a cosmic shortcut called a wormhole, a tunnel through the fabric of space and time that can connect far-flung corners of the universe. It’s the chosen route of many fictional space travellers, including the characters in the upcoming film Interstellar, directed by Christopher Nolan.

Hopping through a wormhole would be incredibly difficult, say scientists, but they have yet to rule it out. So, what would it take in reality, and what exactly is stopping us now?

To picture a wormhole, imagine that the universe is a two-dimensional sheet. Poke two holes and curve the sheet around them to form two funnels. Stitch the ends of the funnels together, and you get a wormhole-like tube (see below). 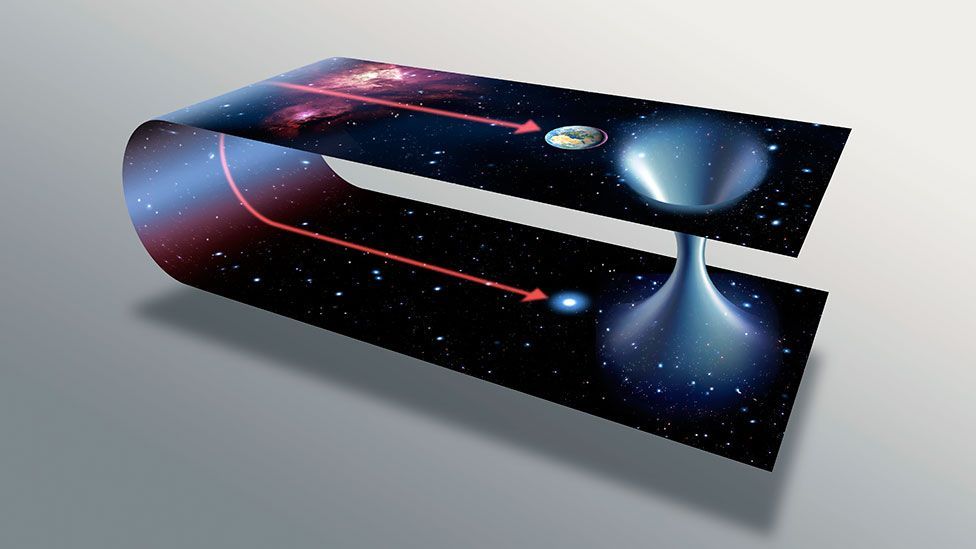 Rather than take the long route across space (pink line), a wormhole allows a shortcut through space and time (blue funnel) (Detlev van Ravenswaay/SPL)

Manipulating space in this way means you can jump into one end of a wormhole, travel a short distance, and pop out from the other end in another galaxy. The mouth of a wormhole also acts as a cosmic window, allowing you to gaze at the stars on the opposite end of the universe.

That’s the theory anyway. What does the science say about the feasibility of such travel?

Wormholes naturally emerge from the equations governing the theory of general relativity, Einstein's revolutionary notion that describes gravity as the warping of space and time, which forms the fabric of the universe called spacetime.

Einstein and Nathan Rosen published a paper in 1935 describing these wormholes, eventually dubbed Einstein-Rosen bridges. These curious objects, though, were found to collapse so quickly that not even light could zip through them. For space travel, they were useless.

In the 1980s, astronomer Carl Sagan was working on his novel Contact (the basis for the movie starring Jodie Foster), in which his heroine travels across the Universe. He sought the help of physicist Kip Thorne to see if there was a scientifically sound way for his character to make the journey.

Thorne realised that a wormhole might work best. But to ensure that the wormhole stayed open, he discovered, you would need some strange stuff called exotic matter. (Following Sagan's cinematic legacy, Thorne's ideas also inspired the Interstellar movie.) 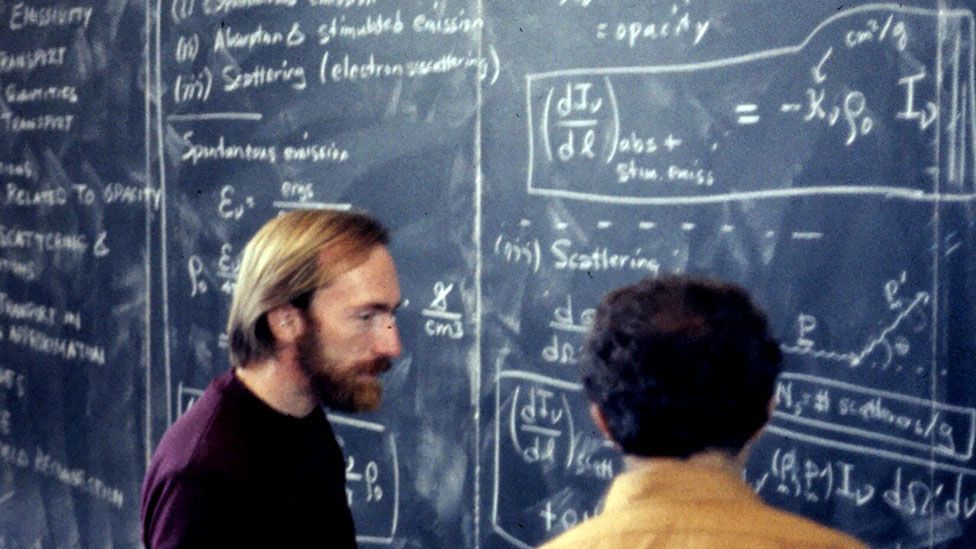 Exotic matter is weird because it has negative energy or negative mass, enabling it to act as a sort of antigravity. If Earth had negative mass and you were to let go of a ball on the planet’s surface, it would accelerate up, not down. And, even more bizarrely, to hit a negative-mass tennis ball, you wouldn't swing your racket toward it, but away. It's this kind of mind-bending behaviour that allows exotic matter to prevent a wormhole from collapsing.

Enough to prop open a wormhole though? Perhaps not. Physicists like Ford have found rules called quantum energy inequalities that dictate how much negative energy can be consolidated in one place. If you collect a lot of negative energy, it can only exist within a tiny space. And, the supply would only last for a short while. If you want negative energy at bigger and longer scales, you're limited in how much you can hoard. 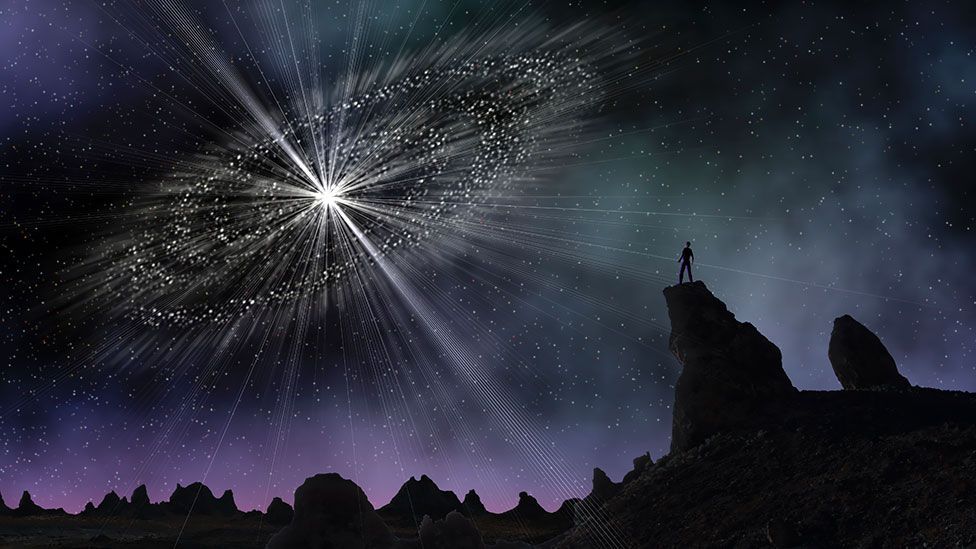 A wormhole useful for travelling would have to be big enough and last long enough to send someone or something through. The problem is that for such a wormhole, you would need more negative energy than the rules allow. And even if you could break the rules, you would need an enormous amount. As a very rough approximation, you would need the energy the sun produces over 100 million years to make a wormhole about the size of a grapefruit. No one knows how even an advanced civilisation could access that much negative energy.

Still, although the physics says traversable wormholes are improbable, physicists haven't yet proven that they're impossible. "People are quite confident that quantum inequalities prevent macroscopic traversable wormholes," says John Friedman, a physicist at the University of Wisconsin, Milwaukee. "But it's certainly not airtight." 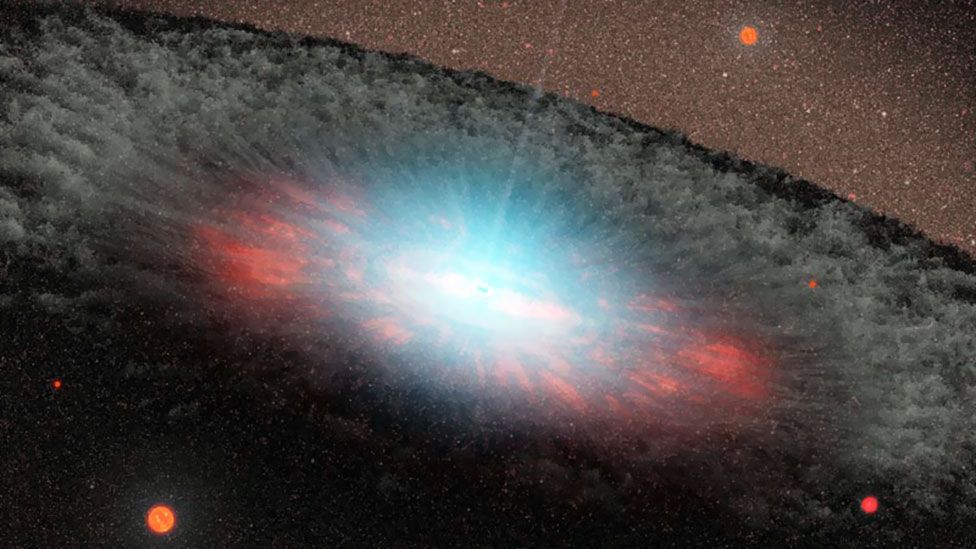 Black holes warp space and time too, but it'd be a one-way trip if you were unlucky enough to get close (NASA)

Some physicists have speculated other ways to construct traversable wormholes, but almost all of them rely on ideas that lack any real evidence. "They're really changing the rules of the game in a fundamental way," Ford says. They employ theories of gravity other than Einstein's general relativity or strange matter that, while not needing negative energy, probably don't exist. Or, they depend on elaborate ways of bending space and time that would be extremely difficult to do in reality.

Tiny wormholes could also arise from quantum foam – the sloshing fluctuations of spacetime itself when you zoom in on sub-atomic scales roughly a thousand quadrillion times smaller than the nucleus of a hydrogen atom. Since these wormholes would be too minuscule for anything to squeeze through, you would have to inject some negative energy to blow them up. But physicists need a yet-to-be-developed theory of quantum gravity to fully understand what happens at such compact scales, and until they find such a theory, quantum-foam wormholes also seem unlikely.

"Based on what we know now, it's hard to see how you would make a traversable wormhole," Ford says. But that won’t stop physicists continuing to explore whether it could be feasible after all.

For the moment, if you were planning that interstellar journey, it might be a good idea to bring a good book. It could be a long ride.