Our picks of the week from around the web, including restricting bots, the big mistake about big data and how cereal marketing works.

It is not possible to regulate robots
Cory Doctorow | The Guardian | 2 April 2014
Robots are tools driven by computers. The problems of regulating robots are a sub-set of the problems of regulating computers. Computers run whatever code they are given to run. They are intrinsically general-purpose machines. Attempts to restrict the programs that computers can run – as Apple does with its iPhones, for example – will inconvenience obedient users without constraining disobedient ones.

Why the Trix Rabbit looks down on you
Allison McCann & Mona Chalabi | FiveThirtyEight | 2 April 2014
How marketing works. The comic characters depicted on the boxes of children’s breakfast cereals are almost always looking downwards. Why? Because in supermarkets the boxes are typically displayed on shelves above a child’s eye-level; the characters, by looking downwards, appear to be looking at the children – in effect, making eye-contact, as a device for gaining attention and increasing trust.

How Gmail happened
Harry McCracken | Time | 1 April 2014
When Google launched Gmail on 1st April 2004, the offer of 1GB free storage per user – 500 times what Microsoft’s Hotmail offered – seemed so implausible that many mistook it for a prank. The service was rolled out on “three hundred old Pentium II computers which nobody else at Google wanted”. But it was real, and revolutionary. It was the first truly cloud-based app, and, for better or worse, the gateway to targeted advertising.

The fifth protocol
Startup Boy | 1 April 2014
Speculative fugue starting with Bitcoin and moving far beyond. A protocol for exchanging value is the missing part of the internet. Humans don’t need it but machines do — for example, imagine self-driving cars clearing congestion by bidding for right of way. “Eventually, there will be no functioning internet or internet of things at the protocol layer without deep crypto-currency integration.”

Crafting link underlines
Marcin Wichary | Medium | 30 March 2014
Underlining a word ought to be pretty simple; and on the page, it is. But on the screen, when you are aiming for perfection, and when your purpose is not to emphasise, but rather to signal unobtrusively that something is clickable, and you want the effect to look identical across a range of web browsers — then you have a job on your hands. Here’s how Medium‘s designer and coders spent a month getting tiny lines right.

Big data: Are we making a big mistake?
Tim Harford | FT Magazine | 28 March 2014
Big data enthusiasts make four main claims: That data analysis produces uncannily accurate results; that every data point can be captured, making sampling techniques obsolete; that observable correlation supersedes theories of causation; and that scientific or statistical models aren’t needed because “the numbers speak for themselves”. At best these are simplifications, at worst they are “absolute nonsense”.

Daniel Kahneman at 80
John Brockman et al | Edge | 27 March 2014
Symposium in honour of the Nobel prize-winning economist and psychologist. Contributors include: Nassim Nicholas Taleb; Cass Sunstein; Richard Thaler & Sendhil Mullainathan; Steven Pinker; and Gary Marcus, who says: “Nobody will come up with a compelling account of human cognition unless they wrestle seriously with Daniel Kahneman’s pioneering work with Amos Tversky on heuristics and cognitive biases.”

Notes on TV
Benedict Evans | 27 March 2014
Television is in a “pre-iPod phase". The technology exists for an internet-based TV revolution, but needs to be packaged up in just the right way. "Everyone hates the way the US TV industry works, except for the US TV industry. This makes the current model very rigid, but also of course potentially very brittle... This is really about unbundling shows from TV channels, not unbundling channels.” 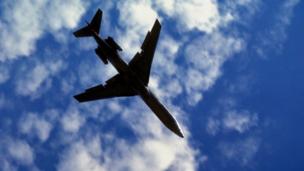 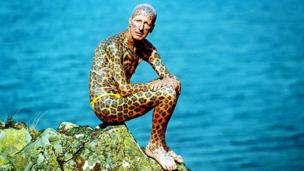 The people with ‘animal powers’ 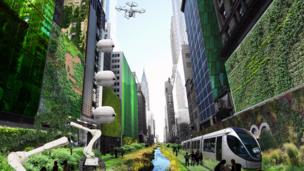 What if we rebuilt New York? 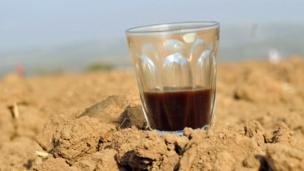 Are coffee and tea dehydrating?
Around the BBC