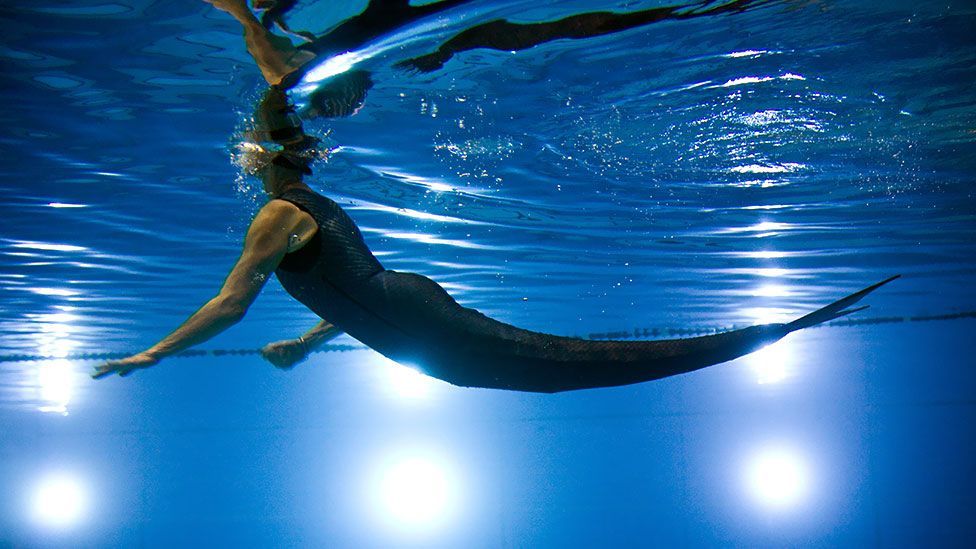 By Frank Swain 18th November 2014
By augmenting their bodies and minds to acquire animal-like abilities, some people are trying to sense a world that most humans cannot experience, says Frank Swain.
A

At the end of World War I, the aristocratic Horace Ridler returned to Britain from Mesopotamia a changed man. Turning his back on his privileged upbringing, Ridler tattooed his face and body in swirling patterns, took to wearing a large nose ring and stretched out his earlobes. Donning a costume of jewelled robes, he reinvented himself as Omi the Zebra Man and toured with circuses such as Barnum and Bailey, and Ripley’s Odditorium.

Ridler was just one in a long line of people who devoted themselves to taking on animal-like appeareances. The American Dennis Avner, better known as Stalking Cat or simply Cat Man, underwent over 14 surgical procedures to transform his face into a feline appearance, sculpting his cheeks, lips and eyes, and adding striped tattoos, whiskers and a set of needle-like teeth.

And for 20 years, the Leopard Man of Skye could be glimpsed living in a derelict stone cottage in the far north of Scotland, recognisable for his head-to-toe tattooed spots. Tom Leppard, as he is known to his friends, moved five years ago into a more comfortable home on the mainland at 73 years of age – not bad for a cat. 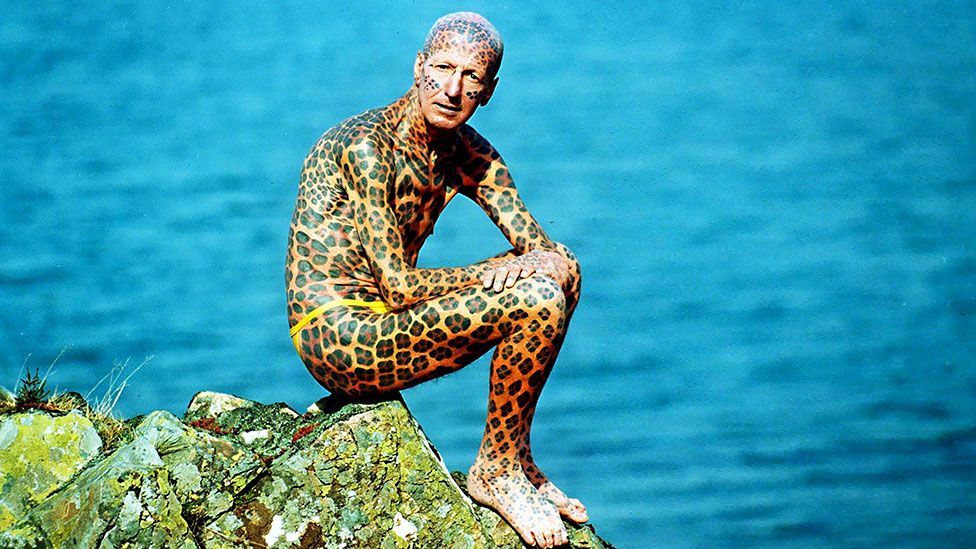 Few people would willingly transform their looks in such a way, and so these people gained celebrity status in their lifetime.Now, some prosthetics wearers, body hackers and amateur scientists are taking this to a different level. With technology and biology at their disposalthey are aiming to mimic animal abilities – not their appearance – and they can already do things once thought impossible for humans.

Some have been augmenting their physical abilities in places we haven’t evolved to thrive, such as water. Nadya Vessey, for example, was born with a condition that prevented her legs developing properly. A few years ago, she had a mermaid tail designed that allows her to glide through the water like a dolphin.

Others are turning to technology to sense a world that lies hidden to everybody else. Take, for instance, the invisible world of electromagnetic fields. Sharks have pits in their snout called the ampullae of Lorenzini with which they can sense disturbances in the electric field caused by their prey. Birds, lobsters and bees, meanwhile, are thought to sense magnetic fields, which some use to navigate.

In recent years, body modification artists have been experimenting with magnetic implants to achieve a similar “sixth sense”. By implanting tiny disc-shaped magnets in their fingers, they can feel the electromagnetic fields surrounding everyday technology. The falling price and wider availability of powerful neodymium magnets have made the procedure increasingly popular.

Peyton Rowlands is one such enthusiast, a Texas-based biohacker who implanted a magnet into the ring finger of his left hand. “You don’t feel your finger getting pulled toward anything because the magnet is just so small,” he explains. “You feel a slight buzz once you get within a couple of inches of basically anything with electricity running through it.” With the implant, Rowlands found he could detect the fields surrounding microwaves, refrigerators and power converters. “It’s a very interesting sensation, kind of crazy. One of the things that I noticed is that DC current often felt similar to a ferrous metal or another magnet, a static bubble pushing or pulling against you, as opposed to AC currents which were much more like the kind of pins and needles feeling people describe.” 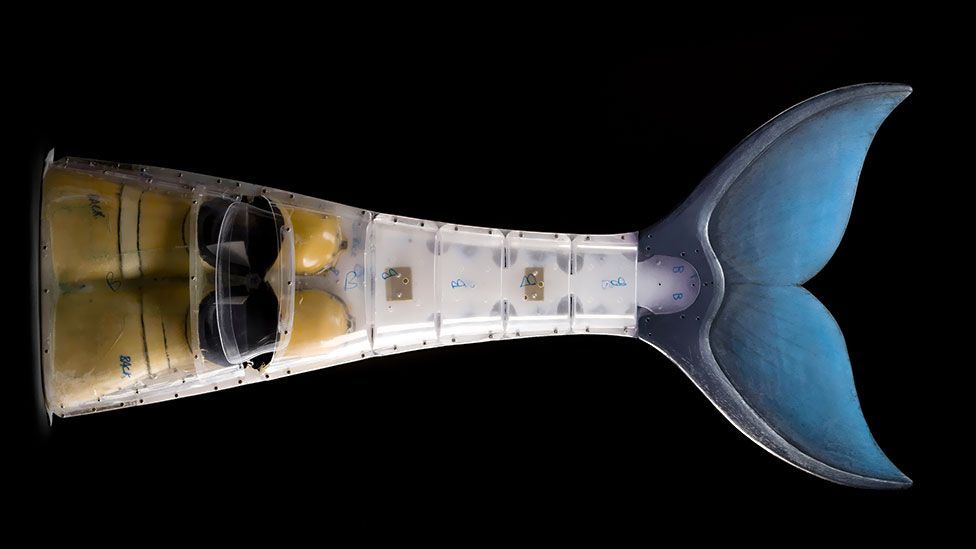 However, Rowlands suffered a reaction to the magnet and had to remove it. This is a relatively common risk with implants, and they need to be coated with some kind of biocompatible material to avoid being expelled by the body. However, even these coatings can cause a reaction, as Rowlands discovered. He’s currently searching for a more tissue-friendly alternative.

Gaining an animal ability does not have to mean relying on technology. Daniel Kish lost his sight at the age of 13 months after suffering retinal blastoma, a form of cancer that affects the eyes. Within two months, his parents noticed he seemed to be able to navigate his environment and had a sense of what was around him. “Echolocation is something I’ve done for as long as I can remember,” he says. “The clicking of echolocation is used discreetly and strategically, so it isn’t something that would necessarily be immediately obvious to my parents.”

Quite on his own, Kish had learned to visualise the environment by clicking his tongue and listening to the reflected sounds. Echolocation is used by bats as well as cetaceans such as dolphins and whales to sense their environment. Kish identifies at least two kinds of echolocation he uses – the active clicking which he calls “flash sonar” (in reference to the illuminating flash of a camera), and passive echolocation which relies on paying careful attention to the acoustics of the immediate environment. Together, they form a small subset of the skills he uses to compensate for his lack of sight.

“There’s a misconception out there that you have to be gifted to develop this skill,” he says. “I would say that’s not true. You get ranges of ability, but it really has most to do with the motivation one has and the opportunity to implement the skill.”

Indeed, others are already following Kish, such as Sam Oldridge, a British boy who was echolocating by the time he was eight years old (see video, below). And as president of World Access for the Blind, Kish runs workshops to teach blind students how to echolocate as well receive proper cane training.

“The brain is a very interesting mechanism, a massive adaptive mechanism,” says Kish. But admits it’s very difficult for a sighted person to learn echolocation, because they lack the motivating necessity. “Learning echolocation is much easier than learning a language, I know as I’ve done both,” Kish laughs. “And like a language if you don’t use it daily, you lose it.”

But could sighted people train their eyes to see further, better, clearer? Rowlands thinks so. Working as a researcher with Science for the Masses, a group that works on open-access scientific research outside of any academic institution, he is embarking on a self-experiment programme to augment his own eyes to see into the infra-red spectrum through diet alone.

The key is in the biology of the eye. The human retina predominately uses the molecules photopsin and rhodopsin to perceive light, while freshwater fish such as the Mozambique tilapia employ a different molecule, porphyropsin. This grants the tilapia a much greater sensitivity to deep reds, and allows them to see into the near infra-red (NIR) spectrum. Rowlands hopes that by avoiding retinol (Vitamin A) – the vital nutrient needed to produce photopsin and rhodopsin, he can force the body into using its less-preferred molecule, porphyropsin.

As crazy as it sounds, the experiment is not without precedent. During World War II, the US Navy tried a similar procedure to give its signalmen NIR vision. The goal was to allow ships to communicate via infra-red semaphore lamps, which the enemy would not be able to see. However, the advent of infra-red goggles killed the idea. 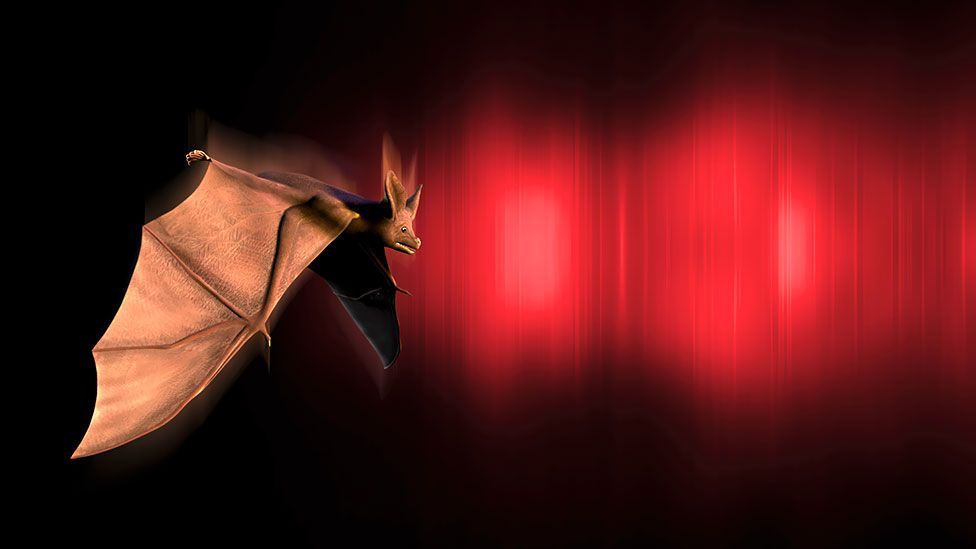 Bats navigate by echolocation; some blind people can too, by clicking their mouth and listening to the echo (SPL)

“With this exploit, I’m not seeing in the thermal range,” warns Rowlands. “I don’t want to give the impression we’re talking about ‘Predator vision’”. However, if successful, the augment will allow him to see more clearly, as NIR light has an easier time passing through smog and dust. “I would have a longer range of vision, potentially I would see a lot further out on the horizon than anyone else,” he explains. “The same thing goes for sunglasses and tinted car windows, I’ll be able to see through these things a lot easier.” Rowlands says he might also find he can see the lights emitted by security night cameras and TV remotes, and even see through certain clothing materials.

Clearly the plan comes with risks. Withholding essential nutrients from the body can be harmful, which is why Rowlands and the other experimenters have designed a specially-designed nutrient shake containing supplements designed to counteract some of the risks. The fact that Rowlands’ group is working outside university science, without any of the usual qualifications, may raise some eyebrows. But he’s determined to prove that science can exist outside of academia, by following the scientific method and using established experimental protocols. They’ll find out if it works after a three-month-long trial, beginning soon.

It’s easy to look at the animal kingdom and feel in awe of the incredible feats on display. But both Rowlands and Kish warn that humans shouldn’t be underestimated. “We can’t pre-suppose restrictions on any individual,” says Kish. “Judging by the ease with which I can train someone to use a cane and flash sonar suggests that the ability is [already] there, it just needs to be activated. It’s quite rusty, but it’s there.” There’s no doubt that our brains provide us with imagination and innovation that no other creature can match – replicating unusual animal abilities might just be another of our resulting talents. How's that for a superpower?