Loading
Uniquely Human | Sleep
What do animals dream about?
Share using EmailShare on TwitterShare on FacebookShare on LinkedinShare on Whatsapp 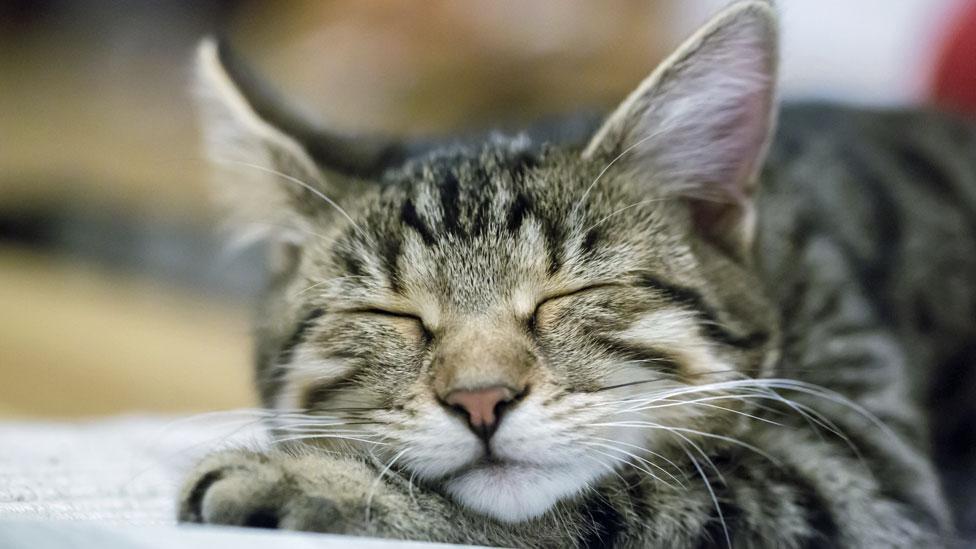 By Jason G Goldman 25th April 2014
If animals dream like us, where do they go in their slumber? Jason G Goldman explores how we can peer into the minds of sleeping cats, birds and other creatures.

"Almost all other animals are clearly observed to partake in sleep, whether they are aquatic, aerial, or terrestrial," wrote Aristotle in his work On Sleep and Sleeplessness. But do other animals dream? On that the Greek philosopher also had an opinion. In The History of Animals, he wrote: "It would appear that not only do men dream, but horses also, and dogs, and oxen; aye, and sheep, and goats, and all viviparous quadrupeds; and dogs show their dreaming by barking in their sleep." His research methods may lack sophistication, but Aristotle may not have been too far off the mark.

We certainly can't ask animals if they dream, but we can at least observe the evidence that they might. There are two ways in which scientists have gone about this seemingly impossible task. One is to look at their physical behaviour during the various phases of the sleep cycle. The second is to see whether their sleeping brains work similarly to our own sleeping brains.

The story of how we worked out how to peer into the minds of sleeping animals begins in the 1960s. Back then, scattered reports began to appear in medical journals describing people acting out movements in their dreams. This was curious, because during so-called REM sleep (rapid eye movement), our muscles are usually paralysed. 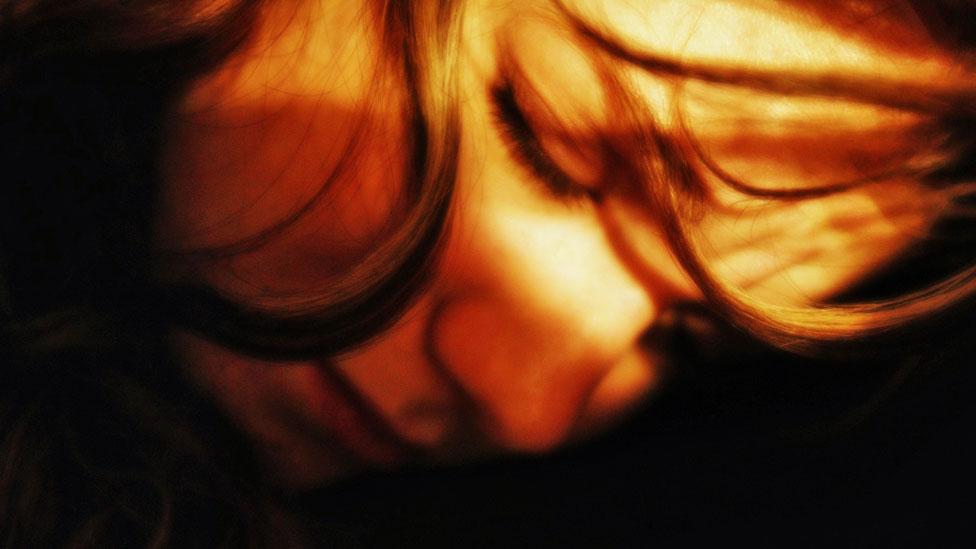 Is dreaming a uniquely human trait? The evidence suggests not (Thinkstock)

Researchers realised that inducing a similar state in animals could allow them to probe how they dream. In 1965, French scientists Michel Jouvet and J F Delorme found that removing a part of the brainstem, called the pons, from a cat's brain prevented it becoming paralysed when in REM. The researchers called the condition "REM without atonia" or REM-A. Instead of lying still, the cats walked around and behaved aggressively.

This hinted they were dreaming of activities from their waking hours. And studies since have revealed similar behaviour. According to veterinary neurologist Adrian Morrison, who has written a review of this research, cats in REM-A will move their heads as if following stimuli. Some cats also show behaviour identical to predatory attacks, as if they were chasing mice in their dreams. Similar dream activity has been seen in dogs.

Some humans have been found to ‘act out’ their dreams too – if they suffer from a condition called REM Sleep Behaviour Disorder. "Punching, kicking, leaping, and running from the bed during attempted dream enactment are frequent manifestations and usually correlate with the reported imagery," according to the International Classification of Sleep Disorders (ICSD). Injuries are common among these people and those sleeping with them, the ICSD adds. 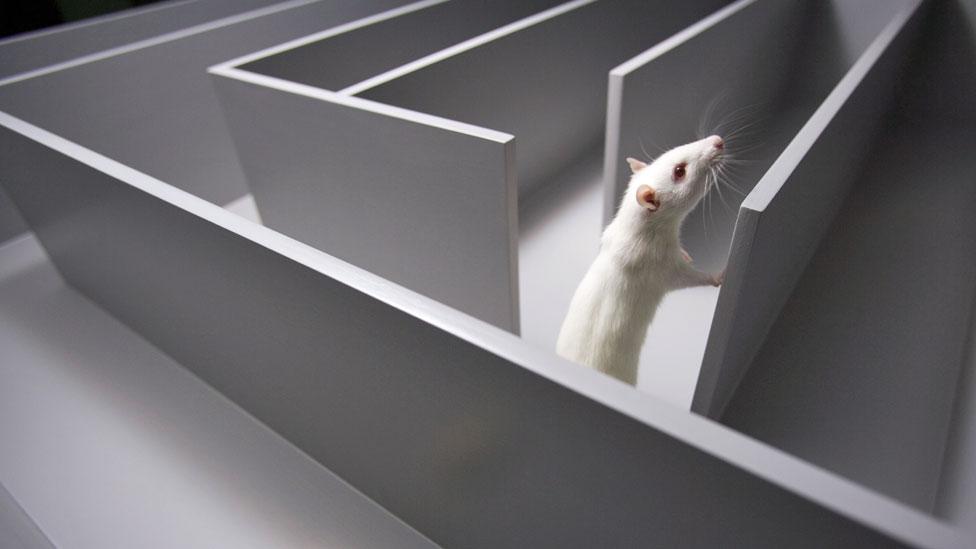 Physical movement is not the only way of peering into dreams, though. Researchers can now humanely peer into the electrical and chemical activities of brain cells in animals while they sleep. In 2007, MIT scientists Kenway Louise and Matthew Wilson recorded the activity of neurons in a part of the rat brain called the hippocampus, a structure known to be involved in the formation and encoding of memories. They first recorded the activity of those brain cells while the rats ran in their mazes. Then they looked at the activity of the very same neurons while they slept. Louise and Wilson discovered identical patterns of firing during running and during REM. In other words, it was as if the rats were running the maze in their minds while they were snoozing. The results were so clear that the researchers could infer the rats' precise location within their mental dream mazes and map them to actual spots within the actual maze.

University of Chicago biologists Amish Dave and Daniel Margoliash looked into the brains of zebra finches and discovered something similar. These birds are not born with the melodies of their songs hardwired into the brains; instead, they have to learn to sing their songs. When they're awake, the neurons in part of the finches' forebrain called the robutus archistriatalis fire following their singing of particular notes. Researchers can determine which note was sung based on the firing patterns of those neurons. By piecing together the electrical patterns in those neurons over time, Dave and Margoliash can reconstruct the entire song from start to finish.

Later, when the birds were asleep, Dave and Margoliash looked again at the electrical activity in that part of their brains. The firing of those neurons wasn't entirely random. Instead, the neurons fired in order, as if the bird was audibly singing the song, note for note. It might be said that the zebra finches were practising their songs while they slumbered. 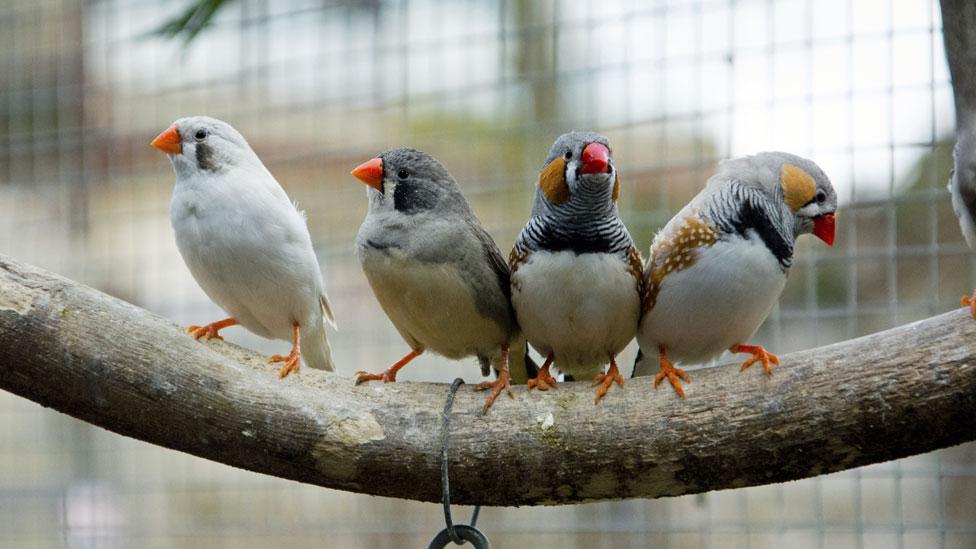 Zebra finches appear to practise their singing when they sleep (Thinkstock)

Does the behaviour of cats in science experiments actually qualify as dreaming? Do rats have any subjective awareness that they're running their mazes in their minds while they nap? Do the songbirds realise that they're singing in their sleep? These questions are as hard to answer as the question of consciousness. It's tricky. We humans do not usually realise we're dreaming while we're dreaming, but it becomes clear as soon as we wake up. Do zebra finches remember their dreams as dreams when they're shaken out of their sleep? Can they distinguish the real world from the one in their dreams? We can say with a reasonable amount of certainty that the physiological and behavioural features of dreaming in humans have now been observed in cats, rats, birds, and other animals. Yet what it’s actually like to experience a dream if you’re not human remains a mystery.

Mosaic@Future
1Inside the minds of the ‘dead’
Best of the Web
2How did zebras get their stripes?
Beyond Human
3The people with ‘animal powers’
Mosaic@Future
4The woman who redefined mankind
Around the BBC