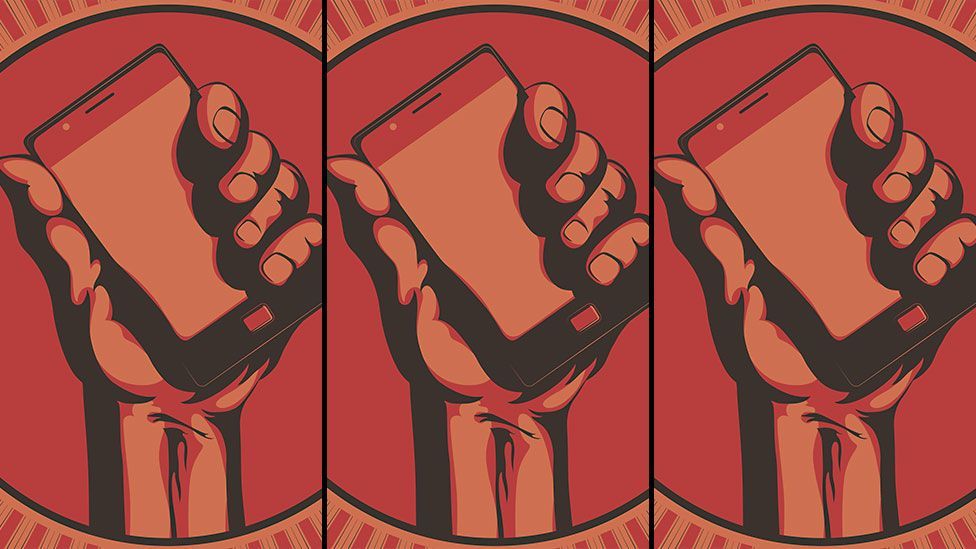 By Alice Bell 28th April 2014
If there is an idea associated with technology that needs to be ditched, it's that we are, or will be, witnessing a ‘revolution’.
W

Whether it is graphene, 3D printing, synthetic biology, shale gas, big data or bitcoin, any new and major discovery, technique or invention invokes the R-word. It’s the go-to phrase for purveyors of techno-hype.

The idea of a revolution isn’t just used to push a particular technology. Responding to climate change, for example, policy-makers like Nicolas Stern have called for a new, low-carbon, industrial revolution. The precise technologies involved and, crucially, the decision-making processes that surround them, seem largely irrelevant. The point is that in revolution lies salvation.

But is revolution an appropriate way of describing how technological change happens, or how it might improve our lives? And if not, then how should we talk about the process instead?

It is easy to see why those with a product or idea to sell or promote draw upon this language. It sounds exciting and progressive. But it is less understandable why journalists, policy-makers and others replicate such PR. Those impatient to see the uptake of a new piece of technology may proclaim “It’s the future, take it”, but what about the right to tinker with, supplement or simply reject a technology? Our futures aren’t nearly so limited as revisionary rhetoric might imply. Opening spaces to ask questions and unpick other options – or as science policy academic Andy Stirling puts it, “pluralising progress” – may well benefit us all.

The idea of a revolution tends to overplay the power of technologies to drive change on their own without the contributions of other actors or forces. Graphene may well have a huge impact on our lives, but it won’t do so by working alone, and it won’t solve all our problems. 3D printing will only be a revolution in consumerism if we let it. Big data is already having a significant impact on many lives, and is likely to continue to, but to what extent, precisely, is still up for debate. Technological and scientific revolutions are revolutions of society, economics and culture too. Various factors influence the way a technology ends up shaping our lives, from prevailing social norms to existing power structures in society. It’s dangerous to sweep those contexts under the carpet.

It’s also worth remembering that the Industrial Revolution wasn’t exactly glorious by everyone’s account. People suffered, people fought against it, and all that’s before we get into the various long-term unintended consequences, like carbon emissions.

We're currently around halfway through the bicentennial of the Luddite uprisings (1811-1817). Best known for smashing automated steam-powered looms, it’s maybe no surprise that the word Luddite is now commonly used to denote someone opposed to, possibly fearful of, technological progress. But Luddite activism was really more about who got to control technology than being opposed to any technology itself. To repeat an oft-quoted line from Luddite George Mellor: “Leave the machines, but shoot the masters.” What is also often forgotten is the effort that went into quashing this movement. According to the Luddite bicentennial project, Mellor's body and several others were donated to medical science as part of their punishment, to discourage martyrdom.

While unpicking the under-reported stories of industrial revolutions, we should also remember some of the changes that are not given the status of revolution but perhaps deserve it. Spaceships and steam engines may get pride of place in most science and industry museums, but equally powerful innovations like washing machines and bicycles are relegated to the edges and basements. Not all technological revolutions are equally marked.

So how else might we talk about tech instead? One option is to look to evolution or ecology for metaphors that help focus attention on the ways in which tools, humans and environments interact. It is worth remembering the politics of this though. Sustainable development researchers at the University of Sussex argue that all too often the way we talk about technological change reflects the perspectives and goals of those with wealth and power. They use the metaphor of the ‘motorway’, meaning that the ideas of the powerful can overrun the ‘pathway’ perspectives of others. A plainer way of putting it is just that money can buy a lot of hype, and this hype can act to silence other useful, fair, robust and inventive visions of the future. Revolutions, after all, are often about one view dominating others.

It’s also important to note that the industrial revolutions of the past weren't planned or named ahead of time – the English economic historian Arnold Toynbee, who first popularised the term “Industrial Revolution”, was born 12 years after the first one ended in 1840. Instead, these movements unfolded, and they could probably have done with more space to unfold too; more space to understand the problems and possible alternative approaches. Precisely because technologies have the power to transform our world, plotting the trajectory of progress should be something we are all involved in. We need journalists, policy makers and others talking about technology in public – that is, people who don’t just want to sell stuff – to help unlock the choices and options involved in technology’s impact on our lives, not limit us with banal talk of revolution.

Life:Connected
1Technology’s greatest myth
Future Thinking
2The ultimate robot extravaganza
Matter of Life & Tech
3The silent rise of Bluetooth
Future Thinking
4Why future tech will be like Lego
Around the BBC