Loading
Will We Ever? | Natural disaster
Will we ever… control the weather?
Share using EmailShare on TwitterShare on FacebookShare on LinkedinShare on Whatsapp 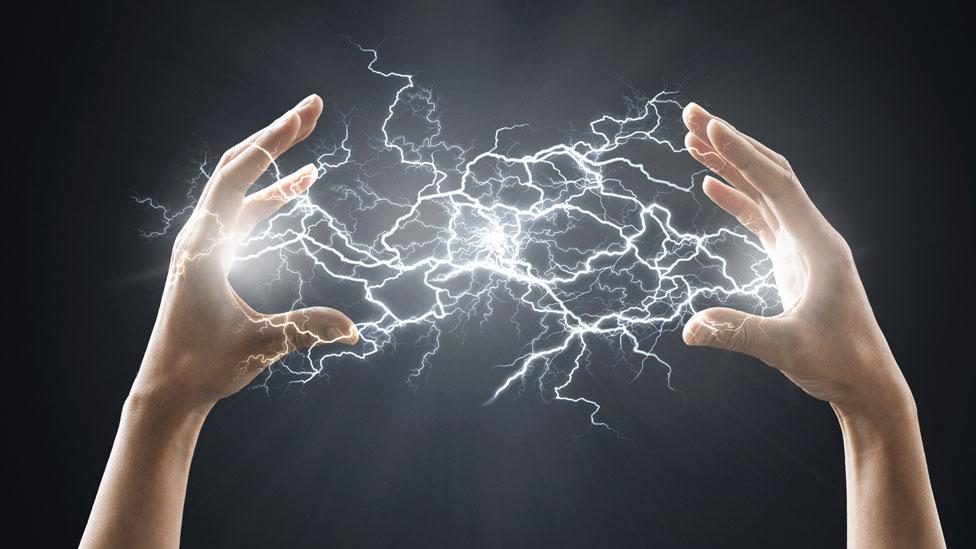 By Colin Barras 5th May 2014
We’ve long tried to make it rain, and now scientists aim to harness lightning with lasers and hurricanes with oil slicks. Is manipulating weather possible?
W

With 2,000 drummers, 15,000 other performers and vast quantities of fireworks, the opening ceremony of the Beijing Olympics was a dazzling spectacle. It was also a dry one. In the run-up to the event, held during the rainy season, the Chinese authorities fired 1,100 rockets into the skies in an effort to intercept and trigger downpours before they reached the capital city.

The night of the ceremony saw 100mm (4in) of rain fall on the nearby city of Baoding, but none in Beijing. Proof positive that we can successfully control the weather, say many, but how true is this?

Efforts to keep nature at bay in this manner aren't new. It’s almost 70 years since US scientists first suggested seeding clouds with particles to stimulate precipitation, and the State of California has been using the technique for 50 years. “The interest in this last year has been dramatically greater because of the drought conditions in California,” says Jeff Tilley, director of weather modification at the Desert Research Institute in Reno, Nevada. 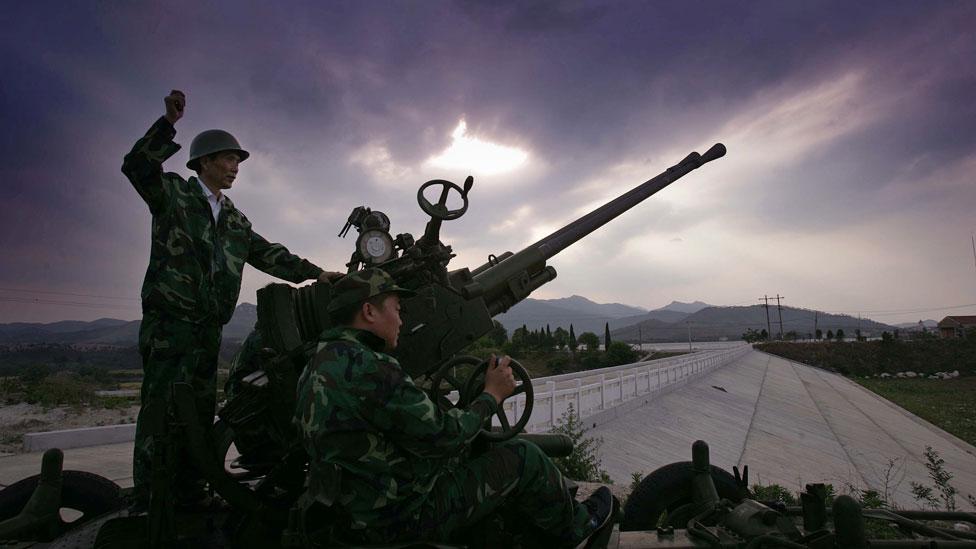 In 2008, Chinese authorities fired 1,100 rockets into the skies to divert rain from Beijing during the Olympics (Getty Images)

Several forms of cloud seeding are used, depending on prevailing conditions. Seeding involves adding crystals of a material like silver iodide to the clouds, around which the tiny droplets can condense. As more water freezes onto the crystals, they eventually grow large enough to fall as precipitation. The silver iodide is generally scattered onto the cloud from aircraft, but some, such as the Chinese, also use rockets. In California, this is often done during the winter when temperatures inside the clouds are far below freezing. Very pure water can remain liquid at well below 0C, and clouds contain tiny droplets of this “supercooled” water that are too light to fall as rain or snow.

In 2010, Jerome Kasparian at the University of Geneva in Switzerland came up with a new method to summon clouds – this time using lasers. He says tests under carefully controlled laboratory conditions show this works by stripping electrons from the atoms in the air, forming positively charged particles that help generate tiny “seeds” around which ice or rain drops can grow. Some however remain sceptical, arguing that what has been demonstrated in the lab cannot necessarily be repeated in the variable and unpredictable conditions of our atmosphere.

Tilley says scepticism around cloud seeding is understandable because relatively little funding goes into research that could convince doubters it works. “The people providing the funding are already convinced it works, so they would rather just fund actual seeding operations,” he says.

Today that funding often comes from authorities wishing to guarantee water supplies (although the US military was once reportedly interested in using cloud seeding to extend the Monsoon season during the Vietnam War as part of its combat strategy). Several airports in the western US including Boise Airport, in Idaho, use cloud seeding as part of efforts to clear thick fog that would otherwise cause flight delays.

Another laser-based weather control system could help keep airports open during severe thunderstorms. In 2004, Kasparian and his colleagues fired laser pulses into thunderclouds in an attempt to suck out lightning in a controlled manner. Their efforts were unsuccessful – perhaps because the laser beams needed to be more powerful to trigger lightning, says Kasparian. Yet a similar experiment by another research team in 2012 succeeded, at least in the lab. They used a laser to divert artificial lightning so that it travelled down a controlled path.

What about our ability to prevent dangerous weather formations such as tornadoes? Speaking at the recent American Physical Society conference in Denver, Rongjia Tao, of Temple University in Philadelphia suggested that tall walls may hold the key to preventing devastating twisters.

Tao says tornadoes form in America’s Midwest because of the interaction between hot air from the south and cold air from the north. The problem is most severe in the infamous tornado alley – a vast plain running from Texas in the south to Nebraska in the north. Three 300-metre-tall east-west walls – one running through North Dakota, one between Kansas and Oklahoma, and one in Texas and Louisiana – would slow the flow of air and reduce the threat posed by tornadoes in the region forever, Tao says. 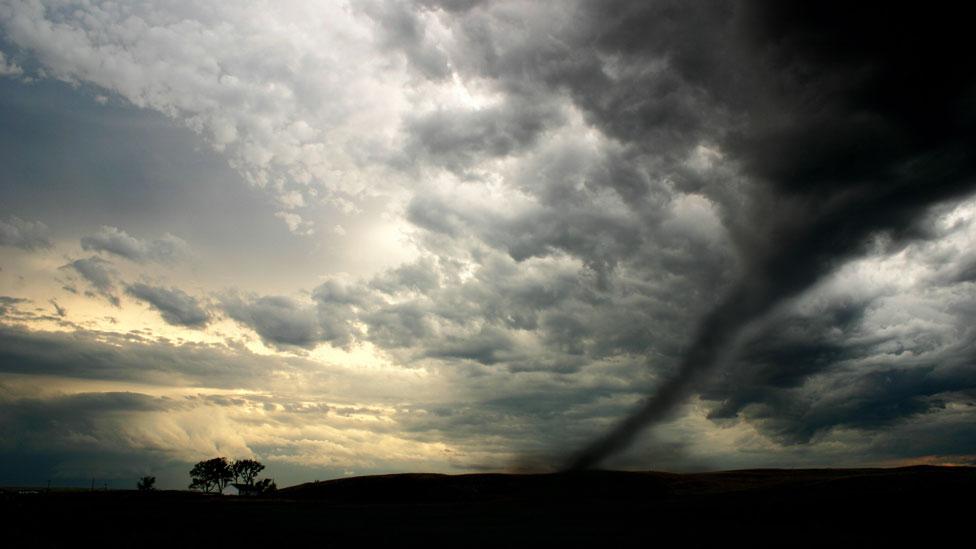 Some meteorologists were quick to argue the walls wouldn’t work. Violent tornadoes can form where there are relatively small differences in temperature of the mixing air, said some, which may explain why China still experiences tornadoes despite possessing natural east-west “walls” in the form of mountain chains. Tao counters that China had only three tornadoes in 2013, compared to 811 in the US.

Beyond tornadoes, there are also efforts to control hurricanes. One approach tested in the early 2000s involved using aircraft to dump thousands of kilogrammes of a water-absorbing polymer into hurricanes to simply soak up the storm. It didn’t work.

Other researchers have suggested using non-toxic oil slicks to calm the surface of the ocean and prevent the formation of the ocean spray that eventually evolves into a hurricane – literally pouring oil onto troubled waters. And earlier this year, US researchers suggested offshore wind farms could reduce the wind speeds of hurricanes.

Tilley says the oil idea, at least, may have some merit. “It came up again during the Deepwater Horizon spill in 2010,” he says. “People speculated about the effects the slick would have on tropical cyclones. But the oil slick started to disperse more quickly than expected so the research never got funded.”

For Hugh Willoughby at the Florida International University in Miami, though, plans to tame hurricanes are pie in the sky. “Nearly all of the schemes are utter nonsense,” he says. Draining the energy out of a hurricane is a tall order, because the storm systems are a lot more powerful than people realise. “They release heat at a rate equivalent to a 10-megaton nuclear bomb exploding every 20 minutes.” Using oil to nip hurricanes in the bud before they form won’t work either, he says, because it’s impossible to predict which of the many storm disturbances seen in the ocean will actually become a hurricane.

So will we ever control the weather? Some say we have succeeded for years, others that we will struggle to do so for decades. The debate rages on. About the only thing we can be sure of is that when those on either side of the debate meet, the outlook looks likely to remain stormy for some time to come.

Will We Ever?
1Will we detect other universes?
Will We Ever?
2Can we build underwater cities?
In Depth
3How to keep planes ice-free
Power of Nature
4How elephants create the rain
Around the BBC