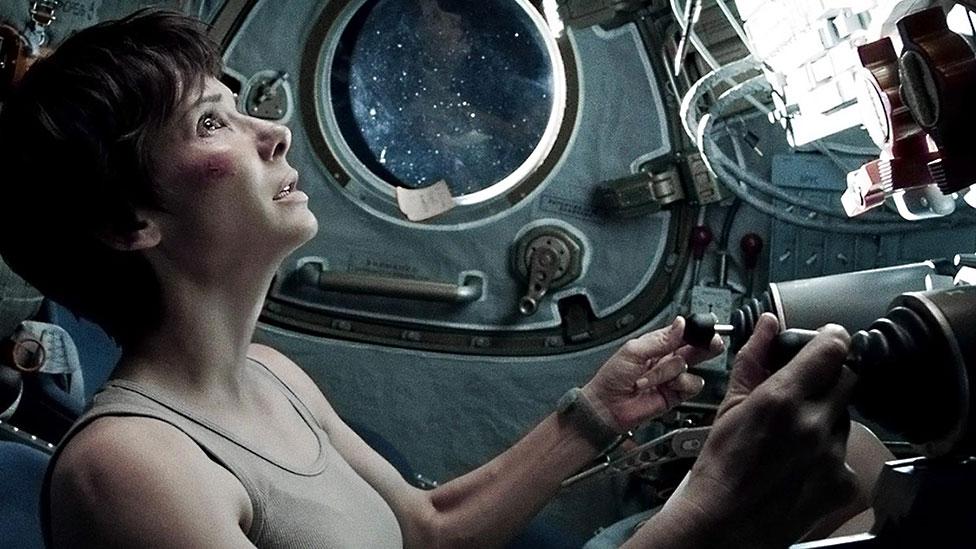 By Richard Hollingham 6th May 2014
Many people dream of travelling into orbit, to the Moon or even beyond. However those who experience the reality of spaceflight face a succession of potential health problems, says Richard Hollingham.
I

In the words of Star Trek’s legendary doctor Leonard ‘Bones’ McCoy, “space is disease and danger, wrapped in darkness and silence.” He has a point – space travel leaves you weak, tired, sick and, possibly, depressed.

“Space isn’t an environment we’ve evolved to survive in,” says Kevin Fong, founder of the Centre for Altitude, Space and Extreme Environment Medicine at University College London and author of Extremes: Life Death and the Limits of the Human Body. “It’s wrong to conceive space travel as this long haul flight with some floating around thrown in – it’s an expedition, like any other expedition.”

So, let’s say you are lucky enough to have bagged yourself a space flight. As you lie back on your couch during the final seconds of countdown, what can you expect to happen to your body over the coming minutes, hours, days or even months? Here’s a timeline of effects from those in the know – scientists, engineers and astronauts who can speak from experience about what happens when human bodies are pushed to the limit, and how to best deal with it.

The spacecraft has cleared the tower and the acceleration is building to 4G. Your body feels four times its normal weight. Crushed back into the seat, moving your arms is increasingly difficult.

“G-forces push blood into the feet and we need blood supply to our brain to stay conscious,” Jon Scott, Senior Scientist at Qinetiq’s Human Sciences division, explained when I experienced the company’s human centrifuge at Farnborough in southern England.

At even relatively low G-forces, fighter pilots have impaired vision – or “grey out” – as the blood pressure to the head drops. Fortunately, in conventional spacecraft – such as the Russian Soyuz – astronauts are orientated so the acceleration is felt through their chest.

“One of the first things that astronauts complain about is nausea or vomiting,” says Fong. This effect of the lack of gravity on the sensitive inner ear affects balance, co-ordination and spatial orientation. “It also affects your ability to track moving objects,” he adds, “which has implications for your piloting skills.”

Quite apart from the unpleasantness of vomit globules floating around the capsule, space sickness can leave you debilitated and unable to perform assigned tasks. One instance of space sickness almost set back the entire Apollo Moon landing programme. During Apollo 9 – the first test of the lunar lander in orbit – Rusty Schweickart was initially unable to carry out some of his tasks and a spacewalk had to be cut short. Space tourist Anousheh Ansari has also spoken about her problems with nausea, vomiting and disorientation.

When I interviewed Canadian astronaut Chris Hadfield recently, one of the difficulties he reported experiencing in orbit was a blocked nose. Being in space is like standing on your head; fluids tend to pool in the upper part of your body, giving you a swollen face. It is similar to when your ankles swell on a long-duration flight because fluid pools in your feet.

“Your body preferentially drives fluid towards the upper part of the body,” explains Fong. “When you’re in microgravity, all those systems still work to push fluids to the upper body, unopposed by gravity, so you get this swelling of tissues in the head.”

But looking fat is the least of your problems. A recent study also suggests that spaceflight can affect eyesight. Using MRI scanners, researchers at the University of Texas found anomalies in two thirds of the astronauts they examined.

“The underlying cause of this is not fully understood,” admits Nasa spokesman William Jeffs. “In some crew members, in addition to mild visual changes, there have been findings such as optic nerve swelling, retinal changes, changes in the shape of the eye and a suggestion that there might be an increase in intracranial pressure.”

As the gravity slips away, your body starts to deteriorate.

“A lot of the body’s systems depend upon gravity to keep them conditioned,” explains Fong. “In some experiments with rats, they’ve seen up to a third of muscle from particular muscle groups being lost within seven to 10 days of flight – that’s a huge, huge loss.”

This also includes deterioration of heart muscle. And while it is not a problem when you are floating around in the International Space Station (ISS), it’s a mission-critical issue if you plan to land on Mars and your crew arrives, 200 million kilometres from home, unable to walk.

Since the dawn of the space age, scientists have been developing ways to help astronauts maintain body strength. Each ISS crew member is scheduled for an hour of cardiovascular training and an hour of weightlifting every day. Even then, they arrive back on Earth, after six months in orbit, struggling to walk.

Lack of gravity also has the effect of causing bone to, almost literally, dissolve away. “They’ve seen losses from specific load-bearing sites of 1-2% a month,” says Fong. “That’s a tremendous amount of bone to lose and of calcium to put into the blood stream.”

For future Mars walkers, this is a potentially devastating effect. Imagine if one small step for mankind were to result in a broken leg.

“Sleep deprivation is one of the most prevalent problems,” says Fong. “Astronauts’ circadian rhythms, their light-dark cycle, are really messed-up”. This is a particular issue in orbit where, with a new dawn every 90 minutes, astronauts struggle to adapt to artificial night times.

On top of this, they arrive in space overexcited, work shifts and have to adjust to sleeping strapped to the wall in a sleeping bag.

To counter the effects of sleep deprivation, the ISS is equipped with individual sleeping compartments, which can be darkened to simulate night, and a new LED lighting system is being tested to reduce the harshness of the unnatural light on board.

There is growing evidence that spaceflight has a detrimental effect on the immune system. A Nasa study found that the white blood cells of fruit flies flown in orbit were less effective at engulfing invading microorganisms and fighting infection than those of genetically identical flies on the ground.

This research backs related work involving space-faring mice, other insects and salamanders that shows spaceflight makes animals more susceptible to disease. Again, it is likely that the lack of gravity is to blame.

More concerning is the effect of cosmic radiation. Astronauts often report “seeing” bright flashes of light, which are caused by cosmic rays passing through their brains. The ISS orbits sufficiently low for the Earth’s atmosphere to protect its inhabitants from the worst effects of cosmic radiation. However, once in deep space – on the way to the Moon or Mars, for example – the dangers of lethal doses of radiation become an increasing worry and may even make long duration missions too dangerous.

That said, the good news is that Nasa studies of Apollo astronauts who experienced several days in deep space inside a poorly shielded capsule show no evidence of an increased risk of cancer over their lifetimes.

You’ve survived the launch, overcome the nausea, got enough sleep and taken sufficient exercise to walk on Mars. Physically, you are in good shape but what about physiologically?

In June 2010, the European Space Agency and Russian Institute of Biomedical Problems sent six men on a 520 day mission to Mars and back in a mock-up spacecraft in a Moscow suburb to examine the stresses of long-duration spaceflight and the challenges of isolation.

The journey to Mars was fine – they were on an exciting adventure, with plenty to do. The simulated Mars walk also went well. However, the return to Earth was the most difficult. The routine had become dull, the crew fractious and the days seemed to drag. It was, in short, boring.

Space agencies are still grappling with the psychological challenges of being cooped up in an automated tin can, drinking recycled urine with the vastness of space outside the window.

“We are always concerned about the psychological health of our astronauts as well as their physical health,” says Jeffs. “Continued behavioural health training, improvements in communication technology and research are continuing to help forestall any potential problems.”

The key is to select the right people in the first place. An unhinged astronaut is a worst-case scenario.

Billions of years of evolution have adapted us to life in a stable 1G environment, shielded from the worst effects of space by a cosy, protective and breathable atmosphere. Some sort of artificial gravity may go some way to help, but the bottom line is: space can seriously damage your health.

Next year Nasa is planning a one-year ISS mission to study the effects of long duration space flight in more detail. In the meantime anyone planning to leave the relative safety of orbit to explore strange new worlds would be well advised to take a doctor of McCoy’s calibre with them.