How do you change someone’s mind if you think you are right and they are wrong? Psychology reveals the last thing to do is the tactic we usually resort to.

You are, I'm afraid to say, mistaken. The position you are taking makes no logical sense. Just listen up and I'll be more than happy to elaborate on the many, many reasons why I'm right and you are wrong. Are you feeling ready to be convinced?

Whether the subject is climate change, the Middle East or forthcoming holiday plans, this is the approach many of us adopt when we try to convince others to change their minds. It's also an approach that, more often than not, leads to the person on the receiving end hardening their existing position. Fortunately research suggests there is a better way – one that involves more listening, and less trying to bludgeon your opponent into submission.

A little over a decade ago Leonid Rozenblit and Frank Keil from Yale University suggested that in many instances people believe they understand how something works when in fact their understanding is superficial at best. They called this phenomenon "the illusion of explanatory depth". They began by asking their study participants to rate how well they understood how things like flushing toilets, car speedometers and sewing machines worked, before asking them to explain what they understood and then answer questions on it. The effect they revealed was that, on average, people in the experiment rated their understanding as much worse after it had been put to the test.

What happens, argued the researchers, is that we mistake our familiarity with these things for the belief that we have a detailed understanding of how they work. Usually, nobody tests us and if we have any questions about them we can just take a look. Psychologists call this idea that humans have a tendency to take mental short cuts when making decisions or assessments the "cognitive miser" theory.

Why would we bother expending the effort to really understand things when we can get by without doing so? The interesting thing is that we manage to hide from ourselves exactly how shallow our understanding is.

It's a phenomenon that will be familiar to anyone who has ever had to teach something. Usually, it only takes the first moments when you start to rehearse what you'll say to explain a topic, or worse, the first student question, for you to realise that you don't truly understand it. All over the world, teachers say to each other "I didn't really understand this until I had to teach it". Or as researcher and inventor Mark Changizi quipped: "I find that no matter how badly I teach I still learn something".

Research published last year on this illusion of understanding shows how the effect might be used to convince others they are wrong. The research team, led by Philip Fernbach, of the University of Colorado, reasoned that the phenomenon might hold as much for political understanding as for things like how toilets work. Perhaps, they figured, people who have strong political opinions would be more open to other viewpoints, if asked to explain exactly how they thought the policy they were advocating would bring about the effects they claimed it would.

Recruiting a sample of Americans via the internet, they polled participants on a set of contentious US policy issues, such as imposing sanctions on Iran, healthcare and approaches to carbon emissions. One group was asked to give their opinion and then provide reasons for why they held that view. This group got the opportunity to put their side of the issue, in the same way anyone in an argument or debate has a chance to argue their case.

The results were clear. People who provided reasons remained as convinced of their positions as they had been before the experiment. Those who were asked to provide explanations softened their views, and reported a correspondingly larger drop in how they rated their understanding of the issues. People who had previously been strongly for or against carbon emissions trading, for example, tended to became more moderate – ranking themselves as less certain in their support or opposition to the policy.

So this is something worth bearing in mind next time you're trying to convince a friend that we should build more nuclear power stations, that the collapse of capitalism is inevitable, or that dinosaurs co-existed with humans 10,000 years ago. Just remember, however, there's a chance you might need to be able to explain precisely why you think you are correct. Otherwise you might end up being the one who changes their mind. 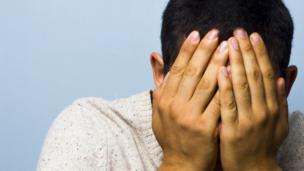 Why the stupid say they’re smart 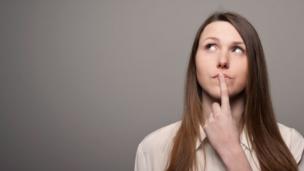 Why your gut feeling may be wrong 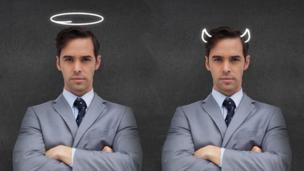 How belief in free will shapes us 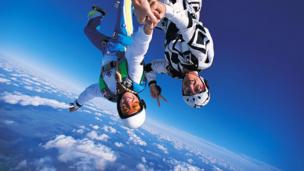 What makes someone an extrovert?