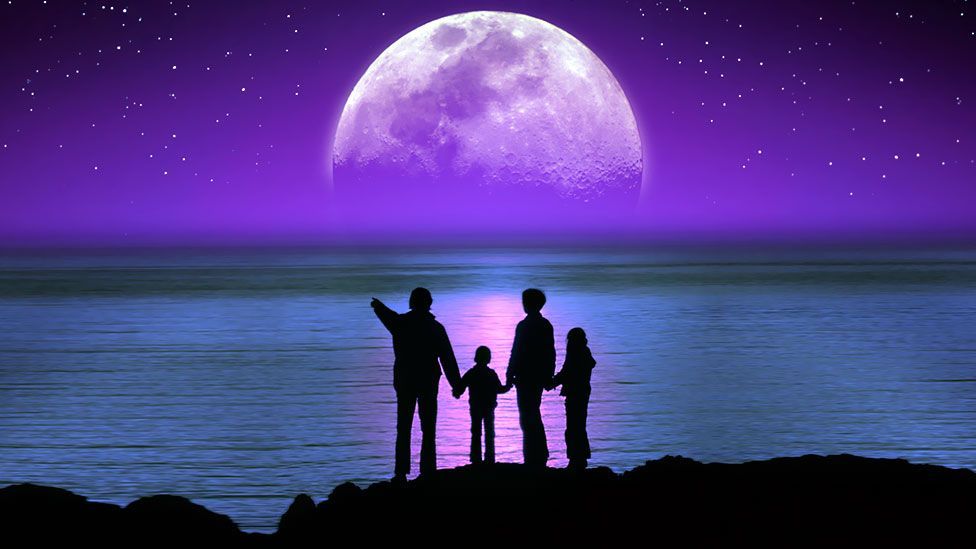 By Richard Hollingham 27th May 2014
If we are to colonise the stars, then humanity will have to embark on centuries-long voyages – and have families along the way. Can we raise children in space?

Sir Elton might be lacking in Nasa-related experience, but he had a point. Not only is the planet “cold as hell”, it is also isolated, airless and barren. Even the desolate view of rusty soil, lifeless valleys and bare mountains is shrouded in a permanent orange haze.

Nevertheless, it appears to be humanity’s goal to end up there. If all goes to plan, eventually – quite possibly within the next 50 years – colonists will be living on Mars. In the coming centuries, humans might also be packed onto nuclear-powered starships heading, over generations, for the nearest habitable planet. These pioneers – pilgrims if you like – will be starting new lives beyond Earth.

For these human civilisations to succeed, the space farers will need to start families. “If we’re going to have a long-term future in space, it won’t be done by a handful of astronauts, it’ll be whole communities,” says Cameron Smith, an anthropologist at Portland State University in Oregon.“It’ll have to be.” But can this work in reality? 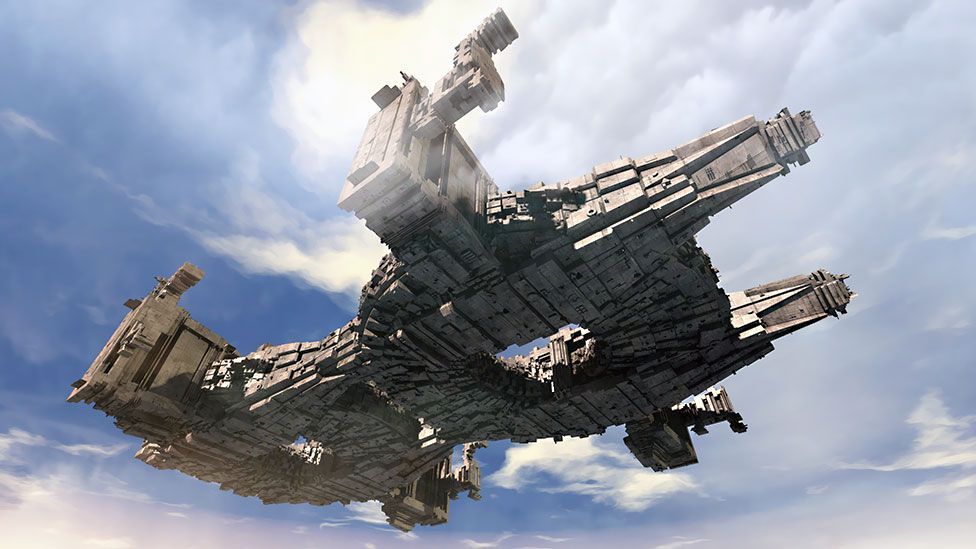 If mankind is to colonise other planets, humanity will have to travel for hundreds of years - and have families along the way (Thinkstock)

As well as studying past human colonisation on Earth, Smith has published research on how humans might evolve both physically and culturally as we leave our home planet. Before anyone draws up plans for Mars colonies or multi-generational starships, Smith believes it is essential to give serious thought to having extraterrestrial children.

It may not even be possible to conceive a child in space, which would put paid to cosmic colonies straight away. Sex in space is doubtless mechanically doable, but what is less clear is whether it will result in conception. Spaceflight is proven to be bad for human health but its effect on reproductive health is not yet fully understood. The limited studies carried out so far suggest that microgravity is likely to disrupt the body’s hormones and cosmic radiation could cause damage to the developing embryo.

Japan is currently investigating one aspect of this problem on the International Space Station with the intriguingly named Space Pup experiment. This involves flying freeze-dried mouse sperm for several months at a time to study the effects of space on mammalian fertility.

However, on the surface of Mars or with artificial gravity on a starship, weightlessness, at least, is not likely to be such a problem. So let’s assume any possible medical barriers can be overcome, the question then becomes whether it is right to bring a child into the world in a Martian colony or on a starship in the depths of space. “Philosophers call this consent to risk,” explains Smith. “Is it morally acceptable to put someone else at risk without their consent? That is, to have a child in those conditions?” 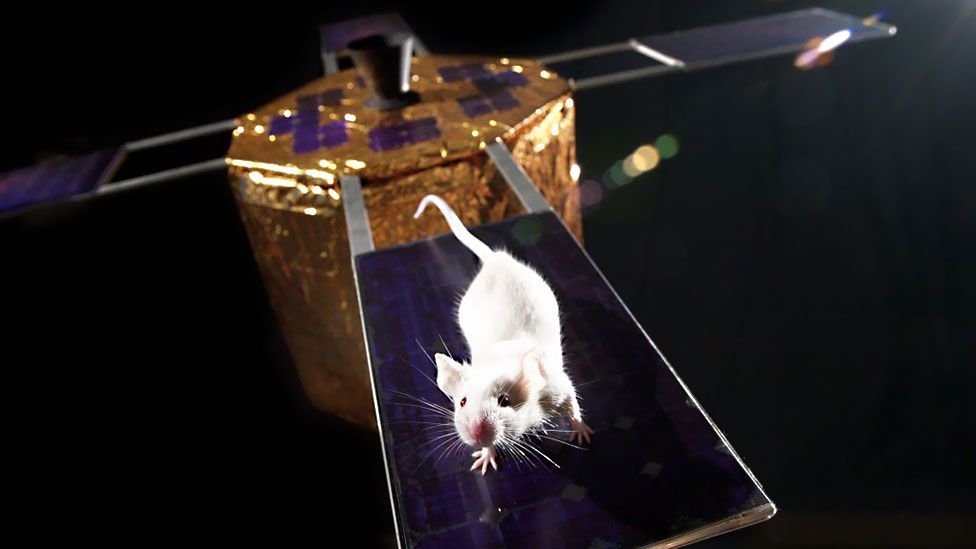 Smith’s answer is essentially “yes it is” and he draws parallels with the Polynesian people who travelled thousands of miles from Papua New Guinea some 3,000 years ago to colonise dozens of islands in the South Pacific. “They are casting out into the unknown,” says Smith. “They certainly took risks but wanted to provide a new place to live for their children.”

To move to a Martian colony or travel in a starship to a second Earth, Smith argues, is no different. “We already put children at risk by bringing them into an unstable world,” he says. “In fact in an extraterrestrial starship, under those constrained conditions, we will be even more vigilant than we are on Earth to ensure those children are well cared for.”

The first generation of colonists born in space will have parents with a strong connection to Earth. It is more intriguing to examine how the colonists’ grandchildren and their grandchildrens’ children will adapt to life in the new environment. Space, not Earth, will be their home.

The fastest theoretical journey to the nearest star outside our Solar System, travelling at close to the speed of light, is more than 500 years. Think how humans on Earth have changed in that time.

“The people who arrive at a planet several centuries from now will be as familiar and as alien to us as people of the time of Shakespeare,” suggests Smith. “Their accents will be different, their concepts of the Universe will be different.” He refers to them as star people – a whole new variety of humans. 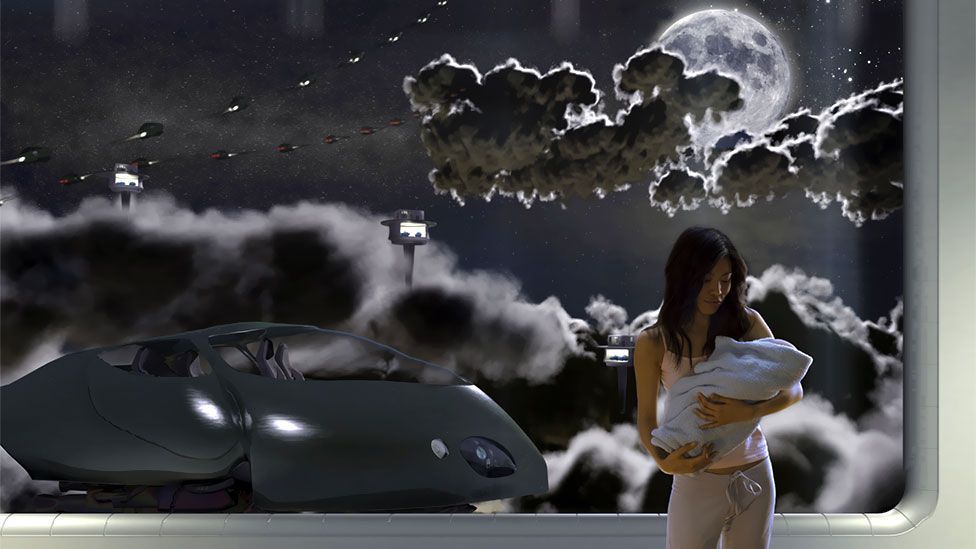 What connection to Earth will a child born in space have? (Getty Images)

Perhaps the greatest challenge for any star parents is ensuring their children have the opportunities for a good and interesting life. They are not merely born to perpetuate humanity but to live in an equitable society with options to pursue their own interests. To do a job, for instance, that they want rather than a job they are allocated at birth. To choose who to spend their life with, or whether to have children of their own.

“Putting 50,000 people into a starship is a great recipe for disaster – we have to ensure life is tolerable,” Smith admits. “Cultural and biological evolution doesn’t stand big change on a short timescale well, so I wouldn’t invent anything that’s too radically different from the human experience so far.”

He is convinced we need to ponder these things now if future space colonies are to be successful. “It’s going to take a long time to think through these issues,” he says. “Thinking about it for a half century or so is a good time scale.”

The Mars One organisation, which wants to create a Mars settlement by 2025, has already advised applicants that the planet, for the first settlers at least, isn’t the kind of place to raise your kids. But they might not be able to prevent colonists getting together and conceiving children. And, in the not too distant future, the first star people could be born – for them, the Earth would be just a blue-and-white smudge in the night sky. Considering these issues now, before humanity leaves the Earth, will ensure these star people have a happy childhood.