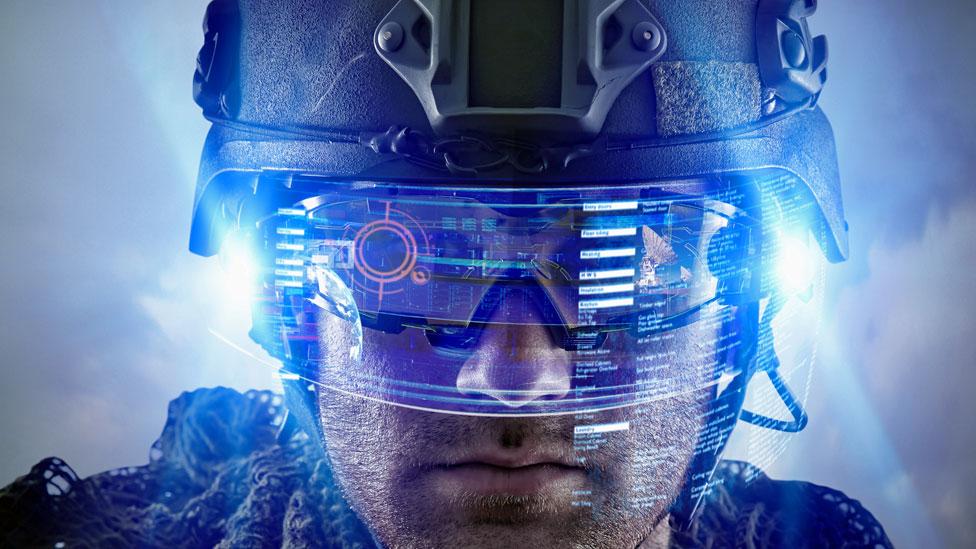 Shocking the brain with mild electrical current was once a controversial treatment for the mentally ill. Now evidence is emerging that it could quicken learning and improve attention, and as Emma Young discovers, the US military is very interested in its potential.
A

An unusual trial is underway at the Wright-Patterson Air Force Base, near Dayton, Ohio. An airman sits at a monitor in a laboratory, wired up with electrodes, his jacket slung over the back of his chair. Plane-shaped icons keep entering his airspace. He has to decide whether each incoming plane is a friend or a foe. If it’s a foe, he must send a warning. If it flies off, fine. If it doesn’t, he must bring it down. The lab is silent, apart from the bleeps as he hits the buttons, and the smash as a software missile destroys an uncooperative plane.

The Wright-Patterson base is rich in aviation history. In and around this area, Wilbur and Orville Wright conducted pioneering experiments into flight. What they helped to start continues here, at the Air Force Research Laboratory (AFRL). Now the AFRL includes the 711th Human Performance Wing, whose mission is to “advance human performance in air, space and cyberspace”.

The aim of the trial today is to investigate whether stimulating the brain with a mild electrical current can improve the performance of military personnel. Will it work?

Trans-cranial direct current stimulation (tDCS) has been investigated as a possible treatment in healthcare for decades. In the 1980s, for example, it became clear that applying mild electrical currents to the brain could help patients with severe depression for whom the drugs did nothing.

Yet it wasn’t until the 2000s that neuroscientists realised tDCS could change the brain functioning of healthy people – a discovery that got the military interested.

“We began noticing a lot of the medical literature suggesting that cognitive functioning could be enhanced,” says Andy McKinley, the US military’s principal in-house tDCS researcher, who is now conducting trials. “We began thinking: if it could help with those healthy participants, it could potentially be an intervention tool we could use here in the military to help advance cognitive function.” 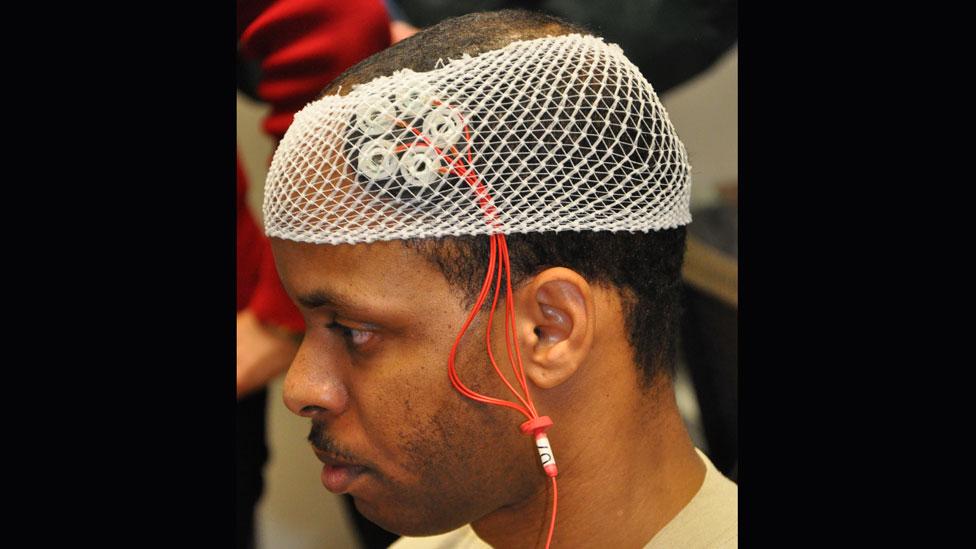 That’s why airmen are being tested today, watching for planes on a screen. The task obviously involves decision making, but it also has a physical ‘motor’ component: you must press the buttons in the correct sequence, and you must do this quickly, to get a good score. After a while, this kind of task becomes pretty automatic. “If you imagine learning to ride a bike or a manual vehicle, your process is very conscious at first because you’re thinking about all the steps. But as you do it more often, it becomes more and more unconscious,” McKinley says. “We wanted to see if we could accelerate that transition with tDCS.”

Brain imaging suggested that the best way to do this would be to stimulate the motor cortex while the volunteer was doing the task. But McKinley and his team added a twist: after the stimulation, they use tDCS in reverse to inhibit the volunteers’ prefrontal cortex, which is involved in conscious thinking. The day after the stimulation, the volunteers are brought back for re-testing. “The results we’re getting are fantastic,” McKinley says. People getting a hit of both mid-test and inhibitory stimulation did 250% better in their retests, far outperforming those who had received neither. Used in this way, it seems that tDCS can turbo-boost the time it takes for someone to go from being a novice at a task to being an expert.

In theory, this two-step process might be used to speed all kinds of training, in everything from the piloting of a plane to marksmanship. But for now, image analysis is high on McKinley’s list. This is painstaking work that requires a lot of attention. Image analysts spend their whole working day studying surveillance footage for anything of interest. 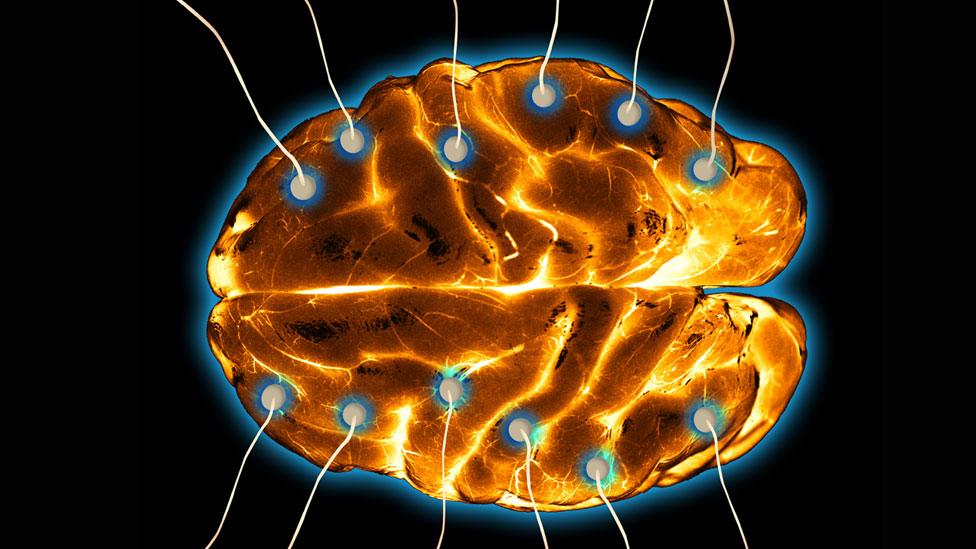 In other studies, McKinley’s team have also used tDCS to supercharge attention, which could help the image analysts too. Volunteers were asked to engage in a rudimentary simulation of air-traffic monitoring. Performance at this type of task usually declines over time. “It’s a pretty linear decrement,” McKinley says. But when they stimulated the dorsolateral prefrontal cortex of volunteers’ brains, an area they had found to be crucial for attention, they found absolutely no reduction in performance for the entire 40-minute duration of the test. “That had never been shown before,” he says enthusiastically. “We’ve never been able to find anything else that creates that kind of preservation of performance.” 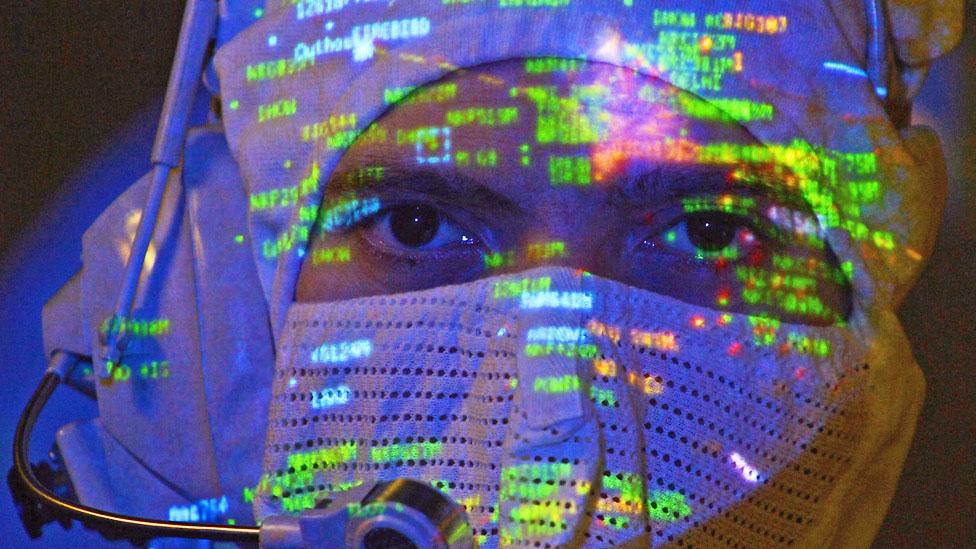 TDCS is not the only brain stimulation tool that he finds interesting. As well as ongoing work into magnetic stimulation, other teams are looking at ultrasound and even laser light, as well as different forms of electrical stimulation, using alternating current, for example. McKinley is about to start looking at ultrasound too, and he’s interested in how alternating current can influence brainwaves. But while he says he’s agnostic about what type of stimulation might turn out to be best for cognitive enhancement, tDCS has some advantages. For a start, unlike ultrasound or magnetism, electricity is a natural part of brain-cell communication, and it’s cheap and portable. He thinks tDCS is the best bet for a wearable brain-stimulating device.

If the cap fits

Ultimately, McKinley envisages a wireless cap incorporating electroencephalography (EEG) sensors as well as tDCS electrodes. This two-in-one cap would monitor brain activity and deliver targeted stimulation when necessary – boosting the wearer’s attention if it seems to be flagging, for example. The basic technology is already available.

Along with improvements in learning and attention in normal situations, McKinley has found that tDCS can combat the kinds of decline in mental performance normally seen with sleep deprivation. Other researchers have found that, depending on where the current is applied, tDCS can make someone more logical, boost their mathematical ability, improve their physical strength and speed, and even affect their ability to make plans, propensity to take risks and capacity to deceive – the production of lies can be improved or impaired by tDCS, it seems. 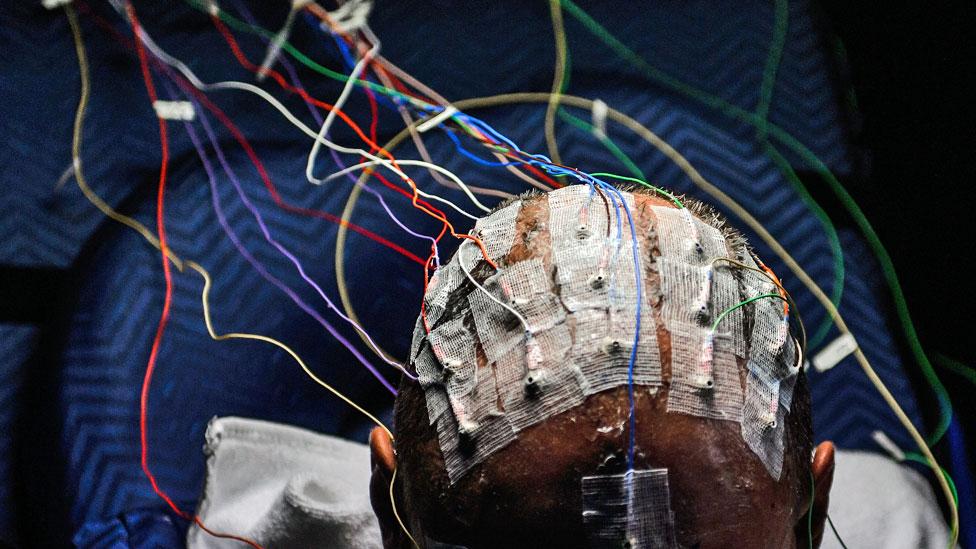 In non-military experiments, monitoring electrical activity in the brain using electrodes has been used to measure pilot alertness (Getty Images)

Still, questions remain about whether the technique is safe in the long-term. The positive tDCS findings, and the relative cheapness of the kit, has made do-it-yourself tDCS a popular topic for discussion on the internet. You can buy what you need for under $200, and, judging by the online forums, plenty of people are.

But Michael Weisend of the Wright State Research Institute – and McKinley’s research partner – has some major concerns about this. For a start, the electrodes themselves.

“See this?” He rolls up his right sleeve to reveal a small scar on his inner forearm. “I test all the electrode designs myself before we do it on regular subjects,” he says. “I don’t like to do anything to other people I don’t do to myself.” After trying out one particular new electrode, a research assistant wiped his arm and a plug of skin the size of a dime came out. “It was the consistency of phlegm,” Weisend says. “I could see the muscle underneath.” The problem was the shape: the electrode was a square, and the current had concentrated at the corners.

Nicely packaged consumer tDCS kits, aimed at the public, rather than scientists, are already on sale. But Weisend and McKinley – and every other tDCS researcher – think it’s too early for commercial devices. In fact, they all seem worried. If something goes wrong and someone gets hurt, perhaps by an imperfect electrode design or using the kit for ‘too long’ – a duration that has yet to be defined – not only will that be regrettable for the individual but tDCS as a concept will be stigmatised, McKinley says.

So far, there seem to be no harmful effects of tDCS, at least, not at the levels or durations of stimulation that are routinely used. Weisend believes there’s no such thing as a free lunch, and admits there could be side-effects to tDCS that no one knows about yet. Others are more optimistic. Felipe Fregni, Director of the Laboratory of Neuromodulation at the Spaulding Rehabilitation Hospital in Boston, Massachusetts, says there’s no reason to think even long-term use will cause problems, provided that it’s at the low levels and durations that are typically used in the lab studies. “Being a clinician, one thing we are taught at medical school is that treatments that work well have huge side-effects. Then you see something with literally no side-effects, and you think, are we missing something, or not? The tDCS technology is only enhancing what your system is doing. I feel confident that it is pretty safe, based on the mechanisms.” 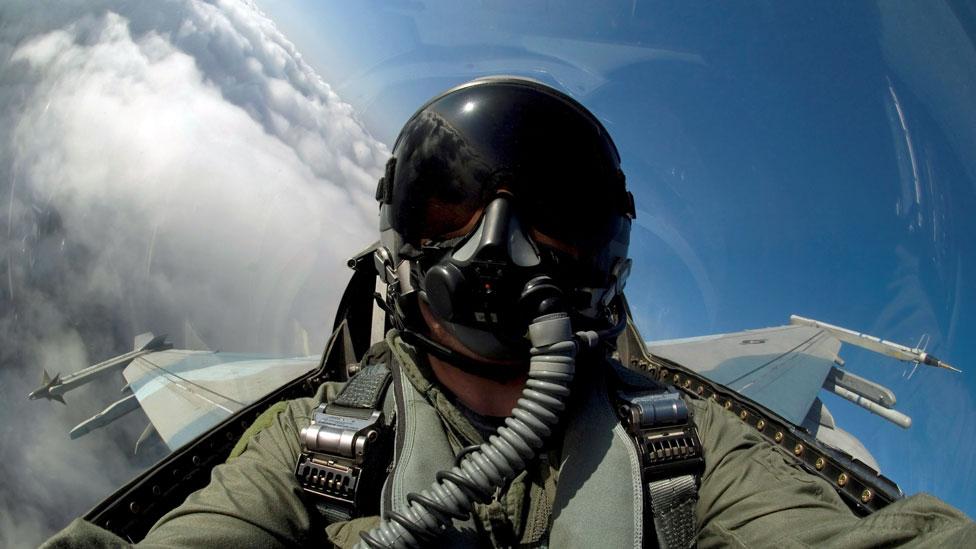 Could future pilots have their attention enhanced? (Thinkstock)

Safety aside, other researchers have raised concerns about the military’s interest in this technology. Bernhard Sehm, a cognitive neurologist at the Max-Planck Institute for Human Cognitive and Brain Sciences in Leipzig, Germany, has a list of concerns about tDCS and the military. For a start, he says he’s far from convinced that lab results would transfer to real-world scenarios, with complex demands – such as combat. Also, “some researchers have argued that the enhancement of one specific ability might result in a deterioration of another,” he says. “To use non-invasive brain stimulation in soldiers poses a risk both to the person receiving and to other persons who might be harmed by his actions.”

And some scientists have decided to take a firm stand by refusing to accept military grants to pursue research into brain stimulation. This isn’t necessarily an easy decision. Pharmaceutical companies aren’t interested in paying for the research, because not only is tDCS not a drug but in some cases it could be in direct competition with a drug, and may even have big advantages. These benefits, unfortunately, restrict researchers’ options to public funding bodies (who haven’t exactly thrown money at tDCS), private defence-related companies, or the military.

As for McKinley, he hopes a safe, effective form of tDCS will join the list of military innovations that have had a huge impact on civilian life – think of the Global Positioning System of satellites.

In the meantime, however, issues about military funding and safety are likely to prove divisive among researchers – and as the technology advances, it’s more than likely this will continue for years to come.

This is an edited version of an article originally published by Mosaic, and is reproduced under a Creative Commons licence. For more about the military funding issues raised by this technology, visit Mosaic’s website here.

Mosaic@Future
1Can we ever hibernate humans?
Tomorrow's Lives
2‘I operate on people 400km away’
In Depth
3Can drones be hacked?
Mosaic@Future
4The girls who never age
Around the BBC