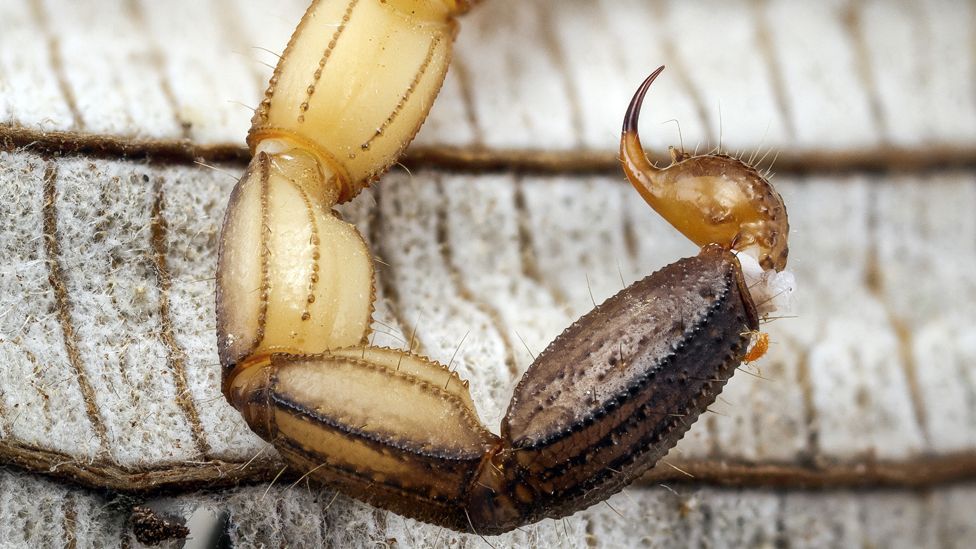 Brain surgery is one of the most delicate operations a surgeon can perform. But soon they could be able to paint tumours to make them easier to see – thanks to one of nature’s deadliest venoms. (WARNING: Contains graphic footage of medical procedures)
S
Sorry, this video is no longer available

Dealing with brain tumours can be tricky. Surgery is often the only way to remove the cancer, but the operations can be very difficult, requiring a steady hand and an expert eye to remove all of the tumour.

Dr Jim Olson, a paediatric oncologist and researcher at the Fred Hutchinson Cancer Research Centre in Seattle, has long been frustrated with the difficulties. He’s now helped develop a technique that could transform the way we fight tumours – all thanks to a scorpion’s sting.

Tumour Paint is a drug that attaches to tumour cells – and glows. This makes it a lot easier for surgeons to tell the difference between tumours and healthy cells. The paint is produced using peptides from the Deathstalker, a species of scorpion with a paralysing sting.

At the same time, Olson is pursuing other unconventional ways to tackle cancer. He set up Project Violet – named after a young cancer patient who donated her brain to science before dying – to raise money through crowdsourcing so that promising drugs spend less time in development.