Loading
Journey: Upgraded | Pollution
Can a city ever be traffic jam-free?
Share using EmailShare on TwitterShare on FacebookShare on Linkedin 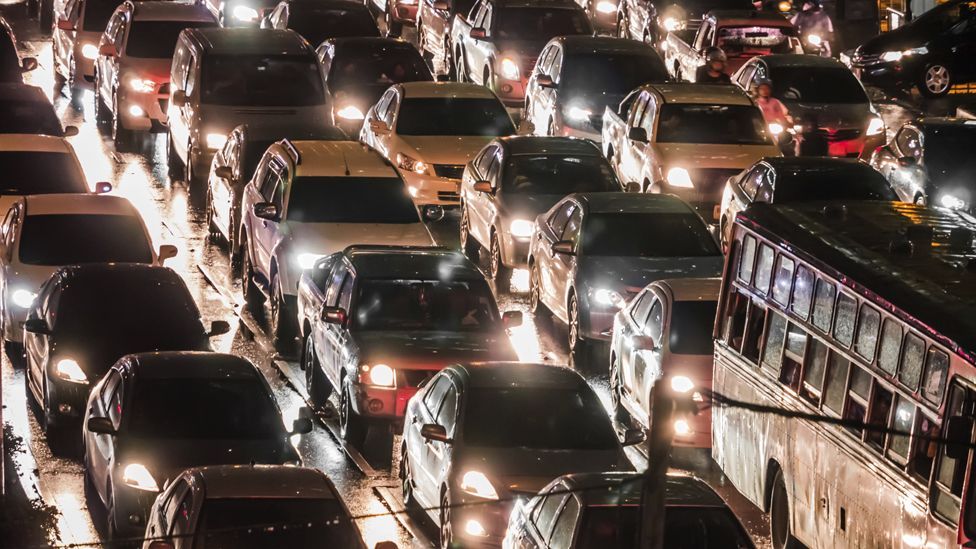 By Katia Moskvitch 11th June 2014
Congested roads are a headache for many modern cities, but what are the solutions? And can a city ever banish them completely?
T

Traffic jams are the bane of motorists’ lives, whether it’s the daily bottleneck during the commute to work, or endless delays on motorways at the start of the holidays. If you think your journey is bad, spare a thought for drivers in Sao Paolo, Brazil – one evening in May this year, the traffic jams during rush hour added up to a 344km (214-mile) cumulative queue, according to the city’s traffic management agency.

Jams are not only frustrating, they are also a major contributor to air pollution, and that’s bad not just for our climate, but everybody’s health too. According to researchers at the Harvard Center for Risk Analysis, congestion in the 83 largest urban areas in the United States caused more than 2,200 premature deaths in 2010 and added $18bn to public health costs.

Then there is the economic cost of lost hours (both work and leisure) and delayed shipments. Drivers in the 10 most-congested cities in the United States sit around 42 hours in traffic jams every year, wasting more than $121bn in time and fuel while doing so. 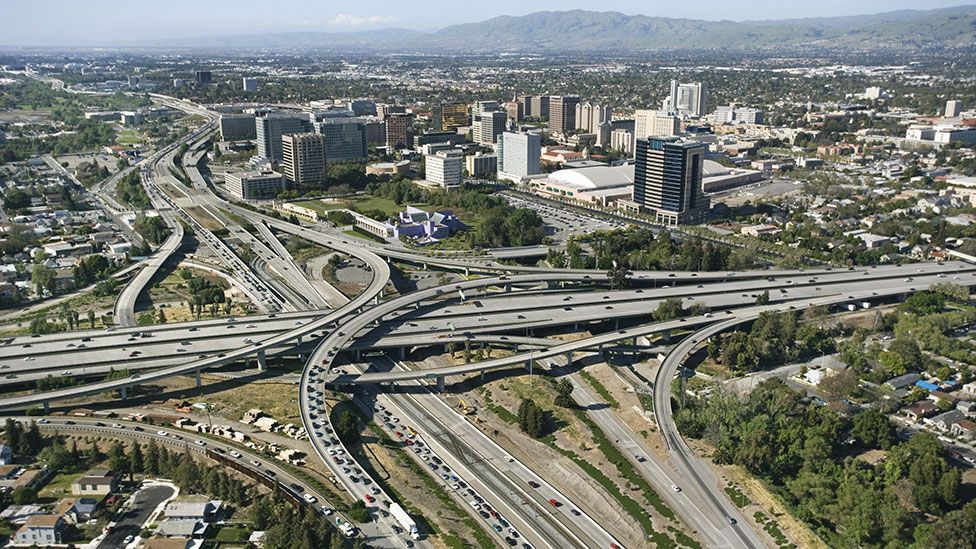 The traditional way to ease congestion has been to build more and wider roads; but this only seems to attract more and more drivers (Thinkstock)

This isn’t a new problem, of course. During the car boom of the 1960s, city planners had one seemingly obvious solution: build more and wider roads. But it didn’t work. The more roads created, the more cars they attracted. In California, for example, a 1997 study found that new, additional traffic will fill up to 90% of any increase in highway capacity within just five years.

While every city – whether London, Beijing or New York – has its unique set of traffic problems, there are a few common issues: many people insist on driving their own car, instead of sharing rides or using a bicycle; up to a third of cars on roads are drivers looking for a place to park; and then there’s the human factor: most of us simply are not very efficient drivers.

So what’s the solution? Some traffic planners are betting on car-pooling lanes, more park-and-ride opportunities, and improved public transport to ease congestion. Several cities have resorted to less subtle methods, like banning cars from driving on certain days, alternating between cars with licence plates that end in, say, even or uneven numbers.

But understanding what causes congestion in the first place may be the first step. Bottlenecks in the road and the sheer volume of cars are obvious sources. However, some traffic jams appear seemingly spontaneously, maybe caused by the “butterfly effect” of a single driver suddenly switching lanes, which results in cars behind him braking suddenly, with the ripple effect rapidly snarling up the highway.

A study by the Georgia Institute of Technology in Atlanta blamed a combination of aggressive drivers – too fast and too close to the car in front – and timid drivers, who leave large gaps in traffic; both kinds force other drivers to brake, resulting in yet more ripples bringing traffic to a standstill.

Scientists have used many analogies to try to model traffic flows, from fluid and gas flow, to the movement of birds and skiers. However, says Gabor Orosz of the University of Michigan, “although such analogies may help scientists to gain some understanding, it is becoming more and more obvious that traffic flows like no other flow in the Newtonian universe”.

As much of this traffic is drivers looking for a place to park, some cities are trying to manage flow with systems that use sensors to determine whether a particular spot on the street, or in a car park, is occupied or vacant. Link these smart sensors with a system that guides drivers quickly and efficiently to vacant parking spots and the hope is this will ease congestion. The first trial of these sensors started in San Francisco, with Los Angeles not far behind, both cities currently being serviced by ACS, a Xerox subsidiary.

Two years ago in Russia, Moscow trialled smart parking providers and is now using a system developed by Worldsensing, says Mischa Dohler, professor at King’s College London and co-founder of the company. He says that with nearly 20,000 smart parking spaces, Moscow is by far the largest smart parking smart city deployment in the world.

The number of traffic jams has gone down, Dohler says, “mainly because people are being informed about the non-availability of parking, and they thus keep out of the narrow one-way streets in the centre.”

However, ending this curse of congested city streets may need more of a radical rethink. What if the solutions begin not with the roads – but with the cars themselves?

Using wireless vehicle-to-vehicle communication, cars could talk to each other in an attempt to keep traffic flowing more smoothly. “In many cases, congestion is triggered by human behaviour,” says Orosz. “Humans react to the motions of the vehicles immediately in front with a reaction time delay. The impact of this is that they often amplify the ripples created by other drivers tapping the brake. As the congestion wave cascades along the chain of vehicles, eventually it grinds traffic to a halt.”

But if cars could communicate with each other in real time, these ripples could be smoothed out. “Your car may monitor the motion of a vehicle five vehicles ahead and prepare for what is going to happen – by braking earlier but less intensively,” says Orosz. “The information received may be presented to the driver, such as advised speed, or used by controllers in the automobile to assist the driver.” 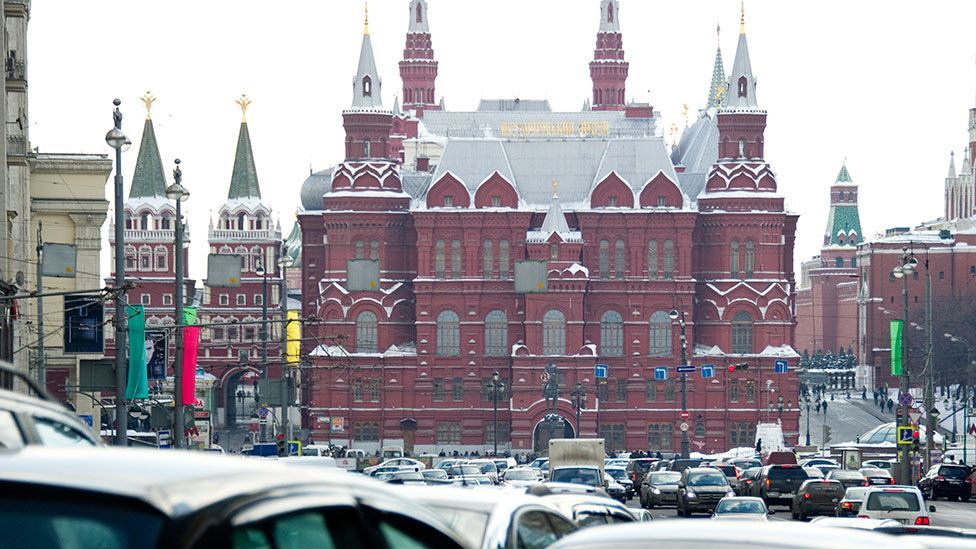 Orosz is now conducting a safety pilot model deployment with about 3,000 vehicles equipped with the technology that broadcasts their GPS location and speed every 100 milliseconds.

Other ideas are trying to enlist the help of drivers negotiating their way through the clogged roads. Israeli start-up Waze, bought by Google last year, uses crowdsourcing to make clever use of our congested roads. The Waze smartphone app works like a social network for drivers, combining online maps with updates from other drivers about traffic jams, road works and accidents. “Waze takes advantage of side streets, surface roads and empty pockets of space to route cars via the least congested passages of road, spreading traffic across the grid rather than only one major road,” says Waze’s spokeswoman Julie Mossler.

For the past two-and-a-half years, the company has conducted pilot studies on public transport or driving in major cities, including Bangalore and Singapore. In Bangalore, one-in-six people who took part in the trial started travelling off-peak, and in Singapore – up to one-in-eight.

One other option to get rid of traffic jams, some think, would be to automate the driving process itself. Google recently unveiled its smiley-faced prototype of a driverless car; one of the computing giant’s intentions is that the car will help cut down congestion. 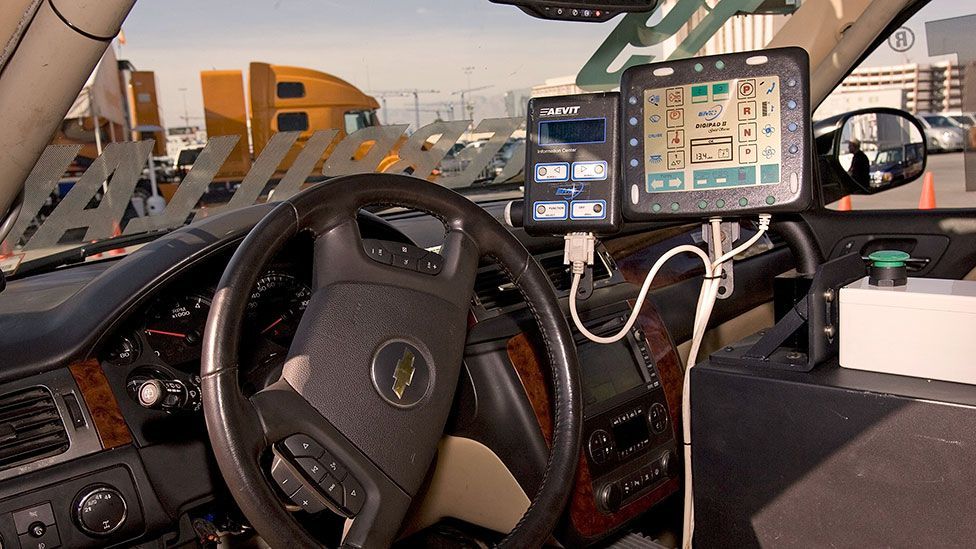 Is the future automated? Several companies are leading research in ways to take people out of the driving seat (Getty Images)

“Having automated driving in cities allows for platooning – a much denser packing of cars in streets and also through junctions – which, if the total amount of cars is controlled, allows one to significantly reduce jams,” says Dohler.

But others think this solution doesn’t go far enough – and that we should provide more reasons for putting less cars on the road. “The only effective long-term solutions are to improve alternative modes – walking, cycling and particularly high quality public transit,” says Todd Litman of the Victoria Transport Policy Institute in Canada. Road pricing that charges motorists extra if they drive during times of congestion could be one option. Cities like Singapore, London and Stockholm have successfully used road pricing to cut the amount of traffic. The carrot, in turn, would be a great public transport system, say with extra bus lanes, nicer train stations and “cup-holders” and on-board wi-fi on commuter buses, says Litman.

And, he adds, this solution could be implemented within a few months. It is routinely done during major events such as Olympics and World Cups, when host cities convert general traffic lanes into special event lanes to insure that athletes, coaches and officials arrive at the venues on time. “During the Vancouver 2010 Winter Olympics there were no traffic problems, and even affluent commuters such as my downtown lawyer brother-in-law took the bus to work. Yet, once the event was over, the lanes reverted to general traffic and traffic problems returned,” he adds. 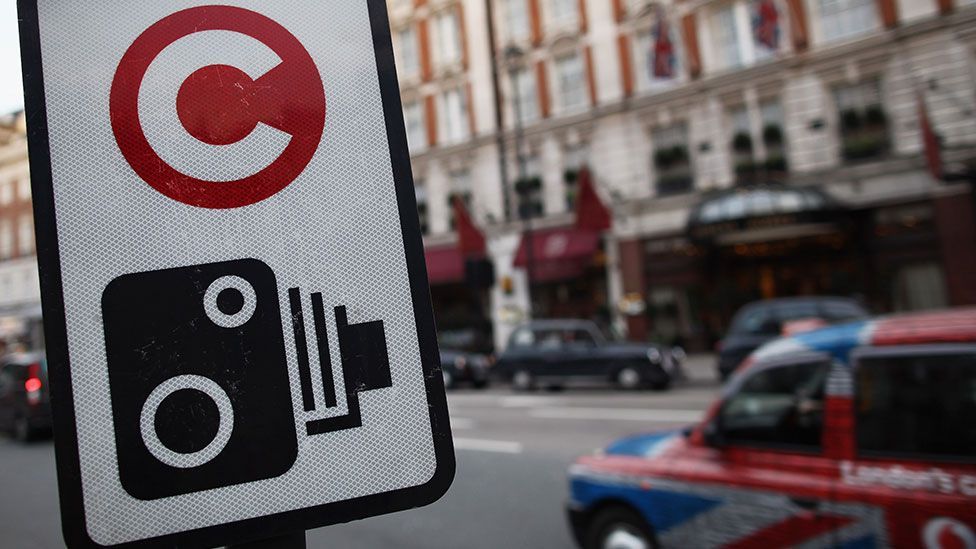 Some cities are turning to financial penalties, charging drivers to enter central zones in an effort to cut down on traffic (Getty Images)

Perhaps it’s also time to return to our pre-car roots. Before the age of cars and trains, rivers and lakes were important inland waterways in countries such as Britain and Sweden.

Karl Garme, a researcher at the Royal Institute of Technology in Stockholm, is now conducting a study called Waterway 365. Funded by the Swedish Maritime Administration, the current initial phase aims to research the issues crucial to making use of waterways “as an infrastructural resource for public transport and city logistic systems over the 365 days a year”, says Garme. Vancouver, Sydney and Istanbul are already cities making good use of their waterways. “The question is not land or water, but integrating the waterways in the present system and incorporating it when planning new,” he says. “It means that the traveller shall easily change from commuter train to underground or boat or bus or… preferably not even thinking about means of travel, simply take the suggested route from a travel planner.”

The solution to beating traffic congestion in cities, if it comes, will probably take a long time to reap rewards. But if at least some of these new ideas are a success – whether it’s driverless cars, smart parking spaces or commuter apps – the days of Sao Paolo’s epic tailbacks may finally be consigned to history.

Under the Radar
1The science of running
Future Thinking
2The end of cars as we know them
Future Thinking
3Flying car: Clear for take-off?
Journey: Upgraded
4Road designs that trick our minds
Around the BBC