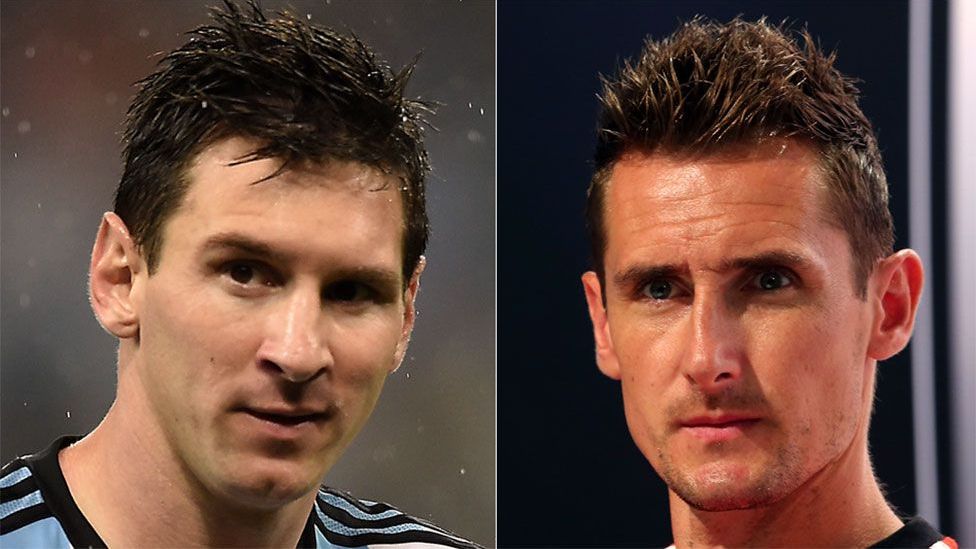 By Tom Stafford 19th June 2014
Footballer's skills may seem light years from our own. But, as Lionel Messi and Miroslav Klose make their way to the pitch for the World Cup final, Tom Stafford argues the jaw-dropping talents we will see have more in common with everyday life than you might think.
T

The 2014 World Cup in Brazil has given us a clutch of classic moments: Lionel Messi’s last-gasp winner against Iran; Robin Van Persie’s perfect header to open the Dutch onslaught against the Spanish; and Germany's demolition of Brazil in the semi-final.

We can't help but be dazzled by the skills on display, and at times it seems as if the footballers have access to talents that are not just beyond description, but beyond conscious comprehension. Yet magical moments from the likes of Messi and Van Persie have a lot more in common with everyday intelligence than you might think.

We often talk about astonishing athletic feats as if they are something completely different from everyday thought. When we say a footballer like Messi acts on instinct, out of habit or due to his training, we distance what they do from that we hear echoing within our own heads. 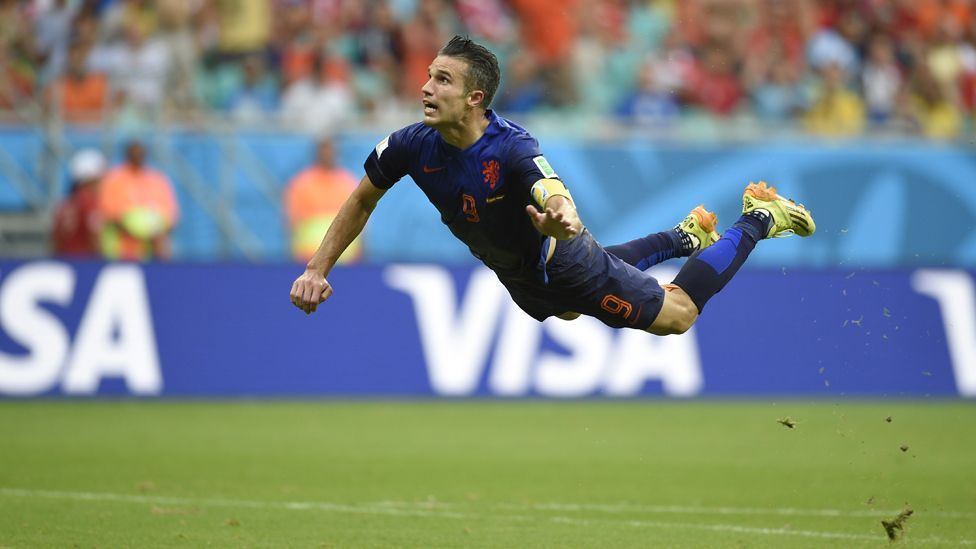 Are you exhibiting the same kind of skills Robin Van Persie shows on the pitch when you're driving your car? (AFP/Getty Images)

The idea of "muscle memory" encourages this – allowing us to cordon off feats of motor skill as a special kind of psychological phenomenon, something stored, like magic potion, in our muscles. But the truth, of course, is that so called muscle memories are stored in our brains, just like every other kind of memory. What is more, these examples of great skill are not so different from ordinary thought.

If you speak to world-class athletes, such as World Cup footballers, about what they do, they reveal that a lot of conscious reasoning goes into those moments of sublime skill. Here's England's Wayne Rooney, in 2012, describing what it feels like as a cross comes into the penalty box: "You're asking yourself six questions in a split second. Maybe you've got time to bring it down on the chest and shoot, or you have to head it first-time. If the defender is there, you've obviously got to try and hit it first-time. If he's farther back, you've got space to take a touch. You get the decision made. Then it's obviously about the execution."

All this in half a second! Rooney is obviously thinking more, not less, during these most crucial moments.

This is not an isolated example. Dennis Bergkamp delighted Dutch fans by scoring a beautiful winning goal from a long pass in the 1998 World Cup quarter final against Argentina (and if you watch a clip on YouTube, make sure it the one with the ecstatic commentary by Jack van Gelder). In a subsequent interview Bergkamp describes in minute detail all the factors leading up to the goal, from the moment he made eye contact with the defender who was about to pass the ball, to his calculations about how to control the ball. He even lets slip that part of his brain is keeping track of the wind conditions. Just as with Rooney, this isn't just a moment of unconscious instinct, but of instinct combined with a whirlwind of conscious reasoning. And it all comes together. 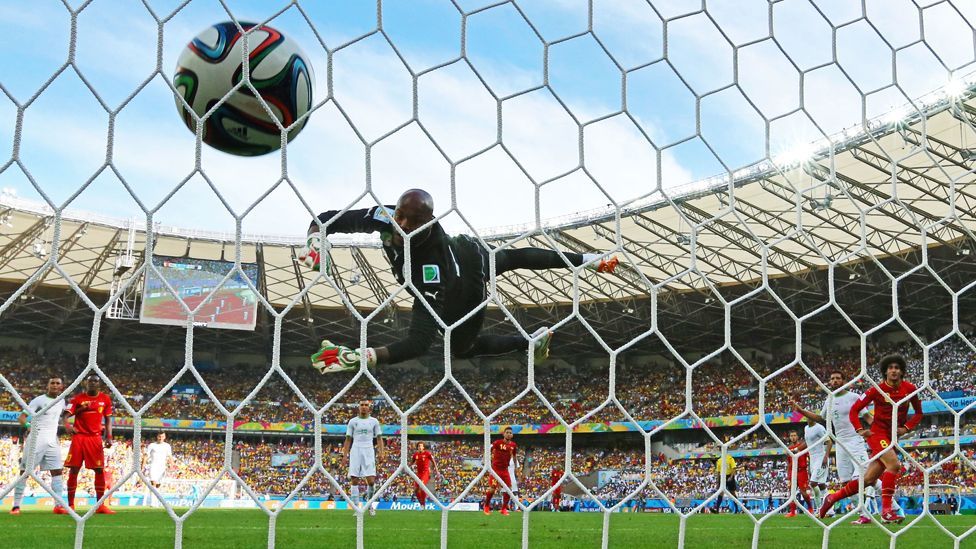 Studies of the way the brain embeds new skills, until the movements become automatic, may help make sense of this picture. We know that athletes like those performing in the World Cup train with many years of deliberate, mindful, practice . As they go through their drills, dedicated brain networks develop, allowing the movements to be deployed with less effort and more control. As well as the brain networks involved becoming more refined, the areas of the brain most active in controlling a movement change with increased skill  – as we practice, areas deeper within the brain reorganise to take on more of the work, leaving the cortex, including areas associated with planning and reasoning, free to take on new tasks.

But this doesn't mean we think less when we're highly skilled. On the contrary, this process called automatisation means that we think differently. Bergkamp doesn't have to think about his foot when he wants to control a ball, so he's free to think about the wind, or the defender, or when  exactly he wants to control the ball. For highly practiced movements we have to think less about controlling every action but what we do is still ultimately in the service of our overall targets (like scoring a goal in the case of football). In line with this, and contrary to the idea of skills as robotic-reflexes, experiments show that more flexibility develops alongside increased automaticity.

Maybe we like to think footballers are stupid because we want to feel good about ourselves, and many footballers aren't as articulate as some of the eggheads we traditionally associate with intelligence (and aren’t trained in being articulate), but all the evidence suggests that the feats we see in the World Cup take an immense amount of thought. 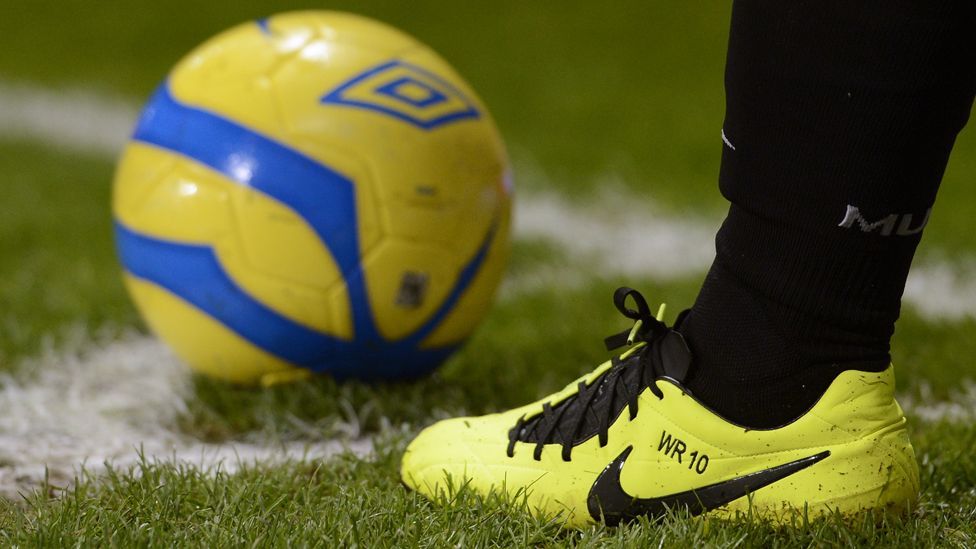 Intelligence involves using conscious deliberation at the right level to optimally control your actions. Driving a car is easier because you don't have to think about the physics of the combustion engine, and it's also easier because you no longer have to think about the movements required to change gear or turn on the indicators. But just because driving a car relies on automatic skills like these, doesn't mean that you're mindless when driving a car. The better drivers, just like the better footballers, are making more choices each time they show off their talents, not fewer.

So footballer's immense skills aren't that different from many everyday things we do like walking, talking or driving a car. We've practiced these things so much we don't have to think about how we're doing them. We may even not pay much attention to what we're doing, or have much of a memory for them (ever reached the end of a journey and realised you don't recall a single thing about the trip?), but that doesn't mean that we aren't or couldn't. In fact, because we have practiced these skills we can deploy them at the same time as other things (walking and chewing gum, talking while tying our shoe laces, etc). This doesn't diminish their mystery, but it does align it with the central mystery of psychology - how we learn to do anything.

So while you may be unlikely to find yourself in the boots of Bergkamp and Rooney, preparing to drill one past a sprawling keeper, you can at least console yourself with the thought that you’re showing the skills of a World Cup legend every time you get behind the wheel of your car.

If you have an everyday psychological phenomenon you'd like to see written about in these columns please get in touch @tomstafford or ideas@idiolect.org.uk

Neurohacks
1How often do men think about sex?
Neurohacks
2Why nostalgia is good for you
Neurohacks
3The best way to win an argument
Neurohacks
4Why all babies love peekaboo
Around the BBC