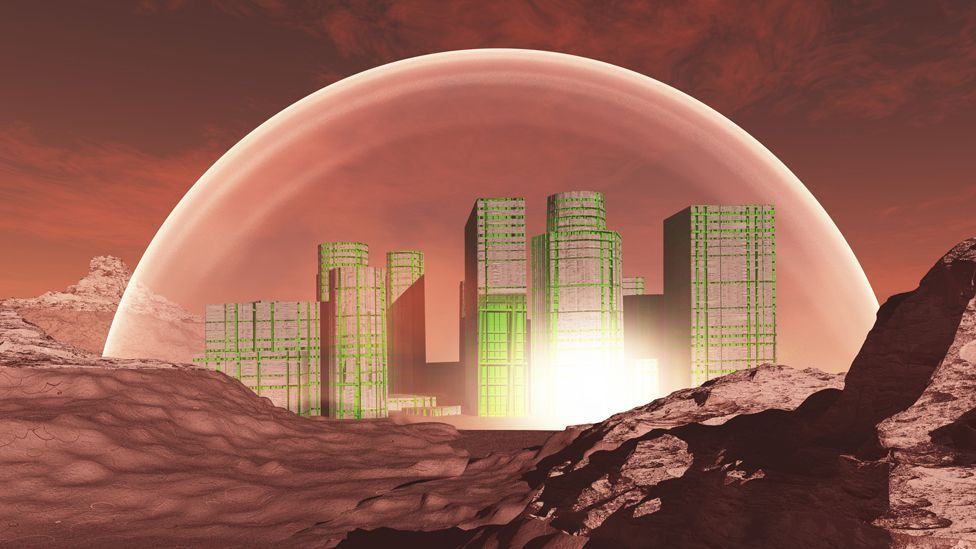 By Richard Hollingham 9th July 2014
Our descendants may one day live in colonies on the Moon or Mars. How will they be governed? Some are already trying to come up with a space-age constitution.
I

In a dimly lit, windowless room in an unfashionable area of south London, a group of around 30 philosophers, scientists, anthropologists, lawyers and space enthusiasts is busy trying to create a government that doesn’t yet exist.

How do you do it? By rifling through the best our species has come up with so far. That’s why they are currently huddled around a copy of the Constitution of the United States. They also have to hand the constitutions of Japan, Iceland and Mongolia. Their task over two days: to draw up a constitution for a “free and independent” human settlement on the Moon or Mars.

“The future of humanity beyond the Earth is a fascinating subject,” says Charles Cockell, an astrobiologist at the University of Edinburgh and the organiser of this, the second International Extraterrestrial Liberty Conference (ELC). “One of the things that has been so important in the history of human civilisation is freedom and liberty, so what we wanted to do was think about liberty beyond the Earth.” 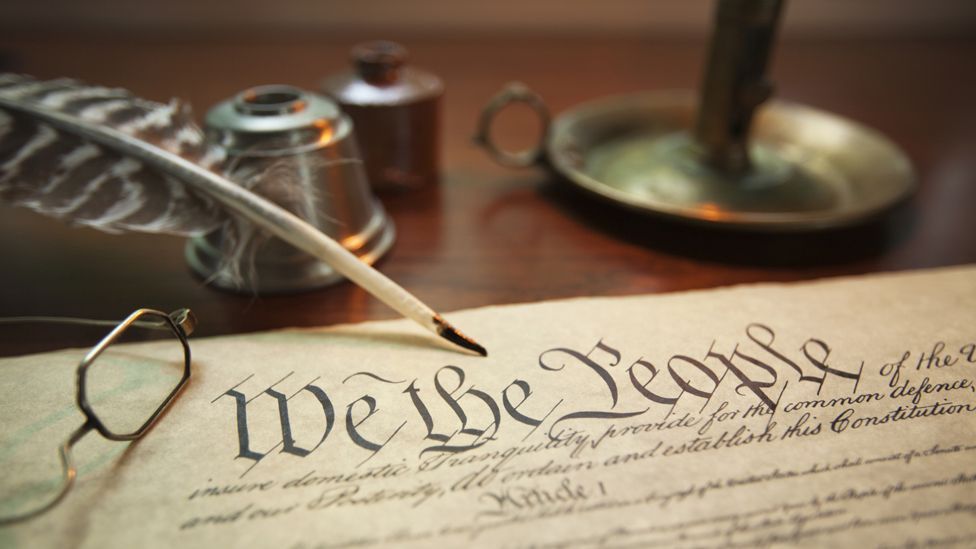 Even a few years ago it would have been easy to dismiss this conference as a purely academic exercise for space geeks. However, with Mars One planning a colony on Mars in the next 10 years, Nasa proposing to reach the Red Planet by 2033 and SpaceX founder and PayPal billionaire Elon Musk aiming for permanent human settlement of Mars, considering how these alien bases might be governed is a serious business.

“The relevance now is that there’s an increasing number of nations going into space, there’s an increasing number of private companies building rockets and with this renewed effort in space exploration it’s becoming very important to think about who’s going to control space,” explains Cockell. “Will it be corporations? Will it be the state? How is the individual to have any freedom in an environment that is absolutely lethal?”

Any nation or company planning to start an extraterrestrial colony will almost certainly be tempted to begin civilisation from scratch; to rip up the past and arrive at a utopian vision for a new form of government. However, history suggests this is not a sensible approach. The Holocaust, Cambodia’s killing fields and the Soviet gulags are testament to some of the appalling atrocities that humans commit when those in charge decide it’s Year Zero. 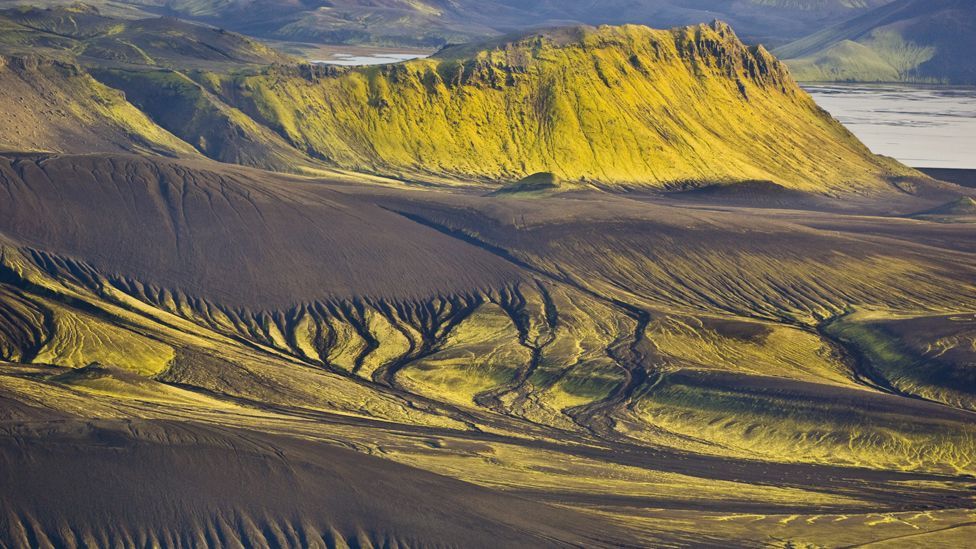 The US Constitution, on the other hand, may have been much amended since it was first adopted in 1787 but it has stood the test of time. It has also inspired the constitutions of more recent democracies such as Japan. The conference organisers settled on Iceland as another example because, like an extraterrestrial colony, the country is in a relatively isolated location with a low population. And, as on Mars, inhabitants also face a unique set of natural challenges, in fact parts of Iceland even look like an alien world.

“We have hundreds of years of experience of drafting constitutions and we should build on that,” says Cockell. And in broadly adopting the US constitution, conference delegates agree on a democratic structure with individual freedoms protected by a bill of rights. They also back an independent judiciary and press freedom. “But,” says Cockell, "there are things about space that are completely different to the Earth environment, in particular the issue of who controls the oxygen.”

Conference delegates decide that having air to breathe is a fundamental right that needs to be enshrined at the heart of any colonial constitution. “A space colony is a tyranny prone environment,” Cockell warns, pointing out that no other constitution has listed the right to breathable air before. “If somebody gets control of oxygen, they could very well have control over the whole population and could threaten dire consequences in return for extraordinary levels of power.”

As I walk around the room eavesdropping on conversations, I notice that the words Star Trek keep coming up. It turns out that someone else was giving this some serious thought around half a century ago in a Hollywood production office; Star Trek creator Gene Rodenberry.

“The people who wrote Star Trek had a system in place, the Federation,” says Janet De Vigne, a language lecturer and colleague of Cockell’s at Edinburgh. “Star Trek is a post-capitalist society – if you’re setting up a settlement, what is the economic set-up going to be? The economy could be completely different.”

Delegates also agree that the “right to leave” should be included in the new constitution. But that raises questions over the practicalities of leaving a colony on a planet without breathable air. As going outside is not a viable option, who pays for the trip home? Even more concerning, if the colony is being run by a corporation do they have the right to sack you? To send you back to Earth or throw you out of the airlock? 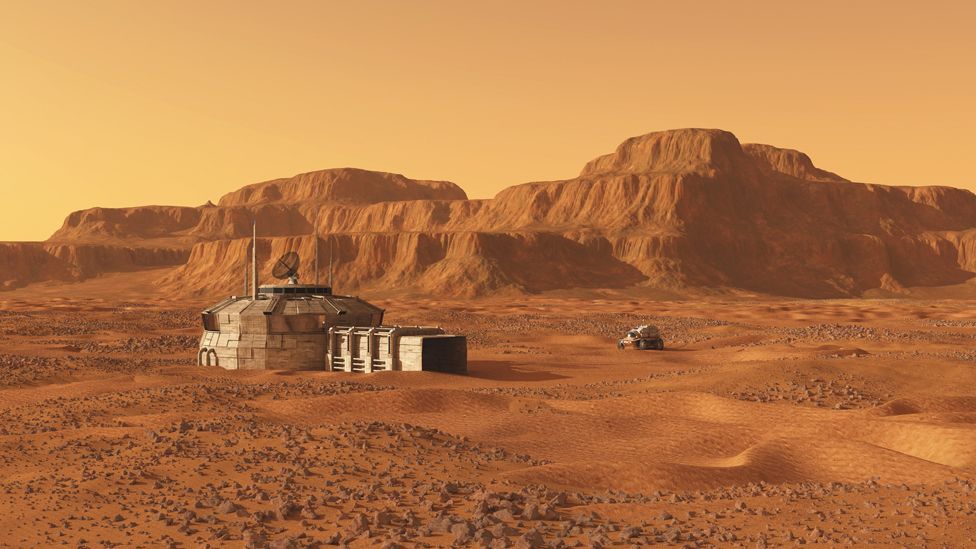 Another idea that receives broad support owes its origins to Ancient Greece, whereby the government is part elected but also made up of people selected through a lottery. “In a sealed space colony, having a system where everyone has a vested interest in the political system is a good thing to do,” Cockell says. “Apathy in a lethal, hostile environment is extremely dangerous.”

Cockell plans to spend the summer pulling the discussions together into a final constitution. However, the ultimate aim of the conference is to put together a series of academic books on how an extraterrestrial settlement might operate. Due to be published next year it will serve as a manual for how to set up and operate a successful space colony.

These delegates in this small windowless room in south London, may one day be credited as the new founding fathers and mothers. After all, the first constitution beginning “We the people of Mars…” could be signed into law in the next 20 years.

But what if it all goes wrong and a brutal dictatorship emerges in one of these new colonies? Cockell has already thought of that – next year’s conference will draw up a manual on how to overthrow an unpopular extraterrestrial government.