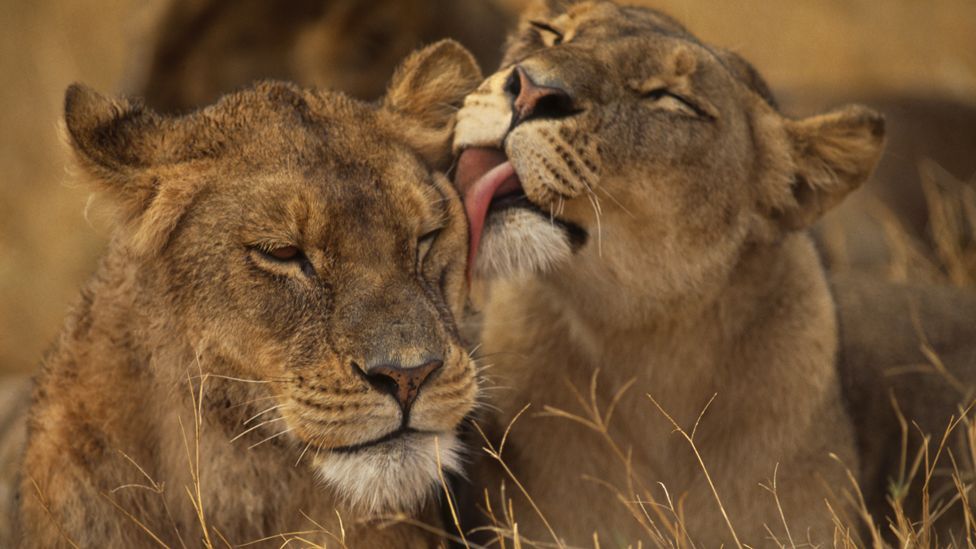 By Jason G Goldman 7th August 2014
Other species evolved clever ways to protect themselves from catching illness long before we developed treatments. What do they do?
H

Humans are constantly at war with disease. We lob antibiotic missiles at bacteria and toss vaccine-shaped grenades at viruses. We drop bombs made of antibacterial soap and hand sanitiser on everything we can. The battle between humans and parasites (an umbrella term that includes viruses, bacteria and much larger creatures that thrive on a host) has ancient roots, and exert as strong a force on evolution as predators, drought or famine.

Other species face similar threats, of course, and we're reminded of the devastating effect parasites have in nature every day. Tasmanian devils are suffering an epidemic of facial tumour disease, a kind of parasitic cancer. A disease called chytridiomycosis, which is caused by a particularly nasty fungus called Batrachochytrium dendrobatidis, has ravaged nearly a third of the world's frog populations. Up to 90% of koalas suffer from chlamydia, a sexually transmitted disease that's caused by bacteria called Chlamydia trachomatis, in some parts of Australia. Great apes like chimpanzees and gorillas and even humans are being hit hard by the Ebola virus, pneumonia and other diseases.

It makes a great deal of sense, then, that animals would have evolved mechanisms for protecting themselves from infection and illness long before we could simply swallow a few pills. So what defence mechanisms have other species developed? 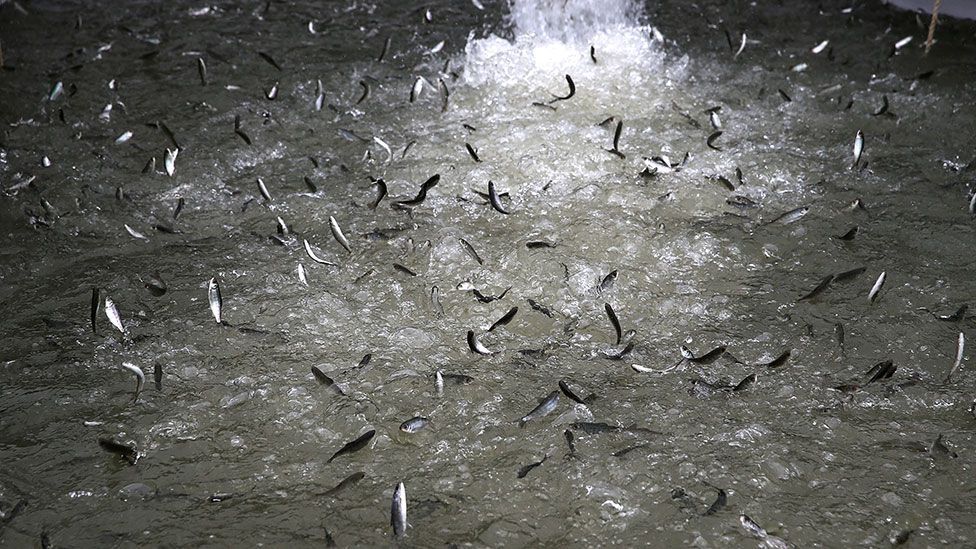 Young salmon call upon an army of helpers. Juvenile salmon aren't strong enough to compensate for the salmon louse or sea louse, and can die from infected wounds. This parasite is a type of small crustacean called a copepod that floats around the sea with all the other types of plankton. In 2007, the transfer of sea lice from wild stocks caused an outbreak of a disease called infectious salmon anaemia among farmed Chilean salmon and trout.

But salmon and other piscine sufferers of sea lice interact symbiotically with other, smaller fish species that eat the sea lice off their skin. In the wild and in aquariums, it had long been known that fish like the corkwing wrasse, ballan wrasse, cuckoo wrasse, goldsinny, and rock cook have a role as cleaner fish. The cleaner fish get a nice meal, and the salmon get a clean bill of health.

In the early 1990s, Norway's Institute of Fisheries Technology Research discovered that they could control the prevalence of sea lice in salmon farms by introducing those and other cleaner fish into the enclosures. One experiment found that just one wrasse was sufficient to keep one hundred salmon clean, and another found that a goldsinny could keep 150 salmon in prime health. A single goldsinny could eat 45 lice from two salmon in just 90 minutes.

Elsewhere, the humble ant has also evolved some unique social behaviours in order to keep their colonies healthy. In some ways, ant colonies behave as if they're one large superorganism; rather than leaving each individual responsible for its own health, the colony has what researchers have called “social immunity”.

When a colony member dies, surviving ants go out of their way to remove the lifeless body from the colony. It isn't yet known what sorts of bacteria, viruses, or fungi grow on the bodies of dead ants, but biologists have long thought that corpse removal was a behaviour that evolved to keep the colony healthy, because the deceased individual could have been, or could become, infected. But it had never been proven, until now. 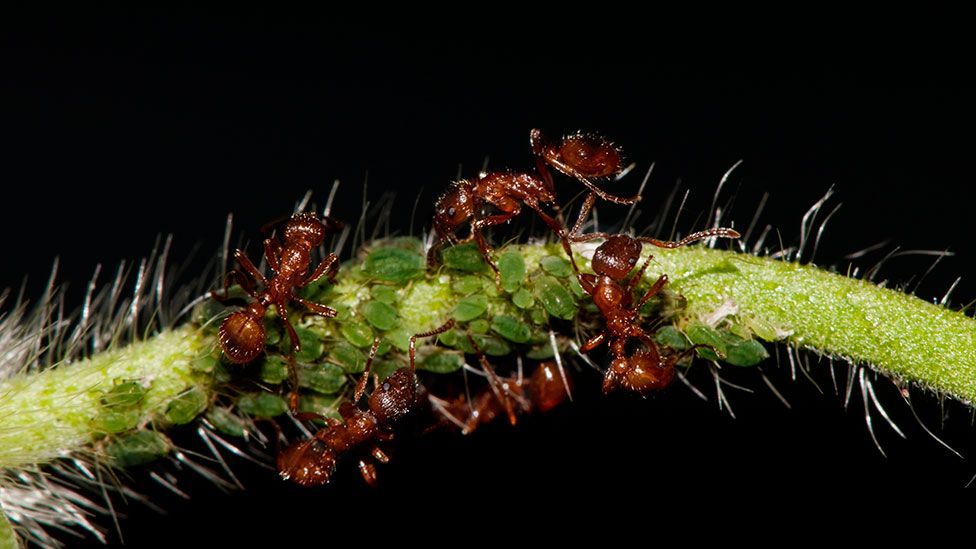 Earlier this year, Belgian researcher Lise Diez and colleagues finally found concrete evidence to bolster the hypothesis. The researchers maintained several colonies of common red ants, Myrmica rubra in their laboratory for 50 days. Half of the colonies were free to dispose of their corpses as they naturally would, but the others were blocked from doing so. Starting from the eighth day, adult workers from colonies that were permitted to remove corpses naturally were significantly more likely to survive than adults from the restricted ones. Impressively, the ants in the restricted colonies found alternative mechanisms for reducing their exposure to corpses. The dead ants were moved to the corners and the colony to reduce the number of individuals who could pass near them, and especially to keep them away from the developing larvae. Some restricted colonies also managed to "bury" their dead under some cotton wool they had removed from artificial water dispensers.

Behaviours that reduce an animal's exposure to infectious parasites, from hiring cleaner fish to hiding dead corpses, probably evolved to combat the deadly pressure of disease, just as animals evolved camouflage to escape being gobbled up by toothy predators. A 2004 study of 60 ungulate species as the San Diego Zoo and Safari Park found that the animals still automatically groomed themselves, despite the fact that they were free from parasites. In other words, grooming evolved as a kind of precautionary, preventative measure rather than as an an immediate, reflexive response to skin irritation. Although the study only looked at ungulates, it seems reasonable to assume that grooming behaviours across the animal kingdom – from big cats licking themselves to primates picking the parasites from their skin– may have evolved in a similar way. 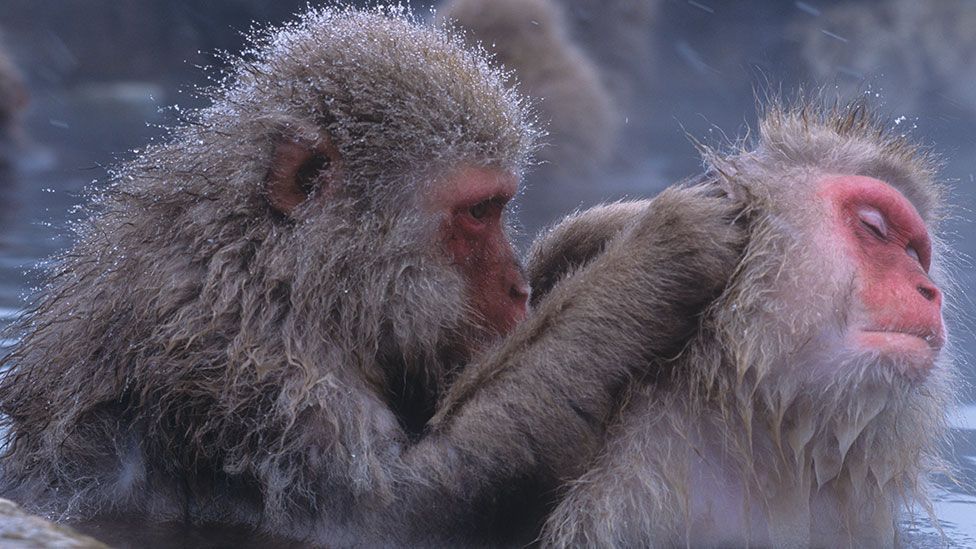 Sometimes animal grooming behaviours closely resemble our own. These snow monkeys are taking a bath in the hot springs of Japan (Science Photo Library)

"In studying and observing animals that live in relatively clean laboratories, field stations and domestic environments, and that are vaccinated against diseases and medically treated when sick,” wrote veterinary researcher Benjamin Hart in Neuroscience and Biobehavioral Reviews in 1988, “it is easy to forget that animals evolved and thrived in environments with an array of parasites long before human protective measures were available."

We humans also have an array of innate defenses against illness. By looking for parasites in fossilised human faecal samples, in Egyptian mummies, and in archaeological sites, and comparing them to parasites known to infect humans and other apes, University of Cambridge researcher Piers Mitchell identified a handful of parasites, like threadworms (nematodes that infect the intestines) or liver flukes (flatworms that infect the liver or gall bladder), to which we may well have our own innate physiological defenses, because we have had to contend with them for a million years or more. We should be more readily able to combat those infections than for parasites to which we have only been recently introduced. At least, that's the idea. 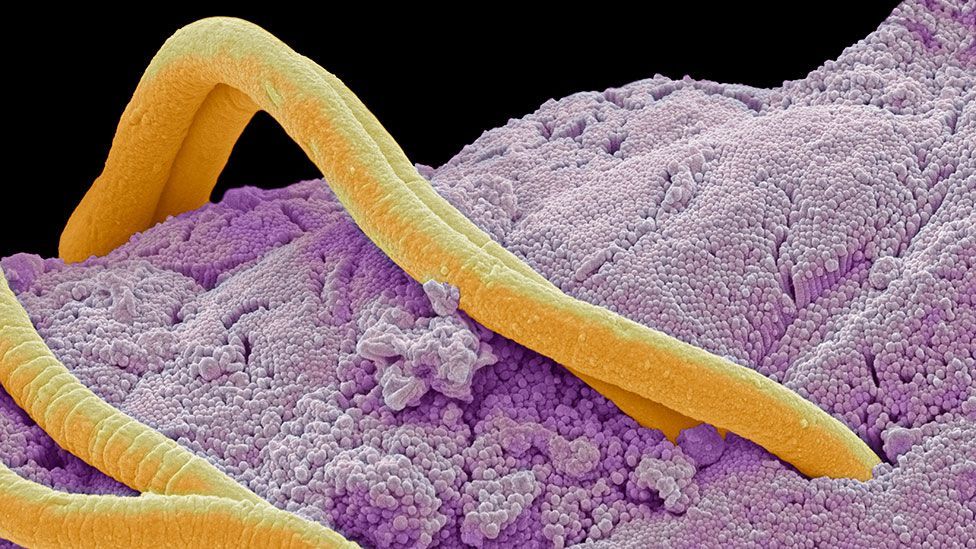 Humans have battled with infectious gut worms for millennia, leading us to evolve our own defences (Science Photo Library)

So what happens when you throw everything you've got – antibiotics, hand sanitisers, antibacterial soaps, vaccines, even radiation – to combat your own illnesses and infections? For a time, human innovation has allowed us the upper hand in the escalating "arms race" against the microscopic beasts that make us sick. But now that we enjoy those "human protective measures" we may ironically be making ourselves too clean. We could be wiping out beneficial, symbiotic microorganisms along with the harmful parasites.

There are some seemingly unpalatable ways being tested to deal with this. Early trials suggest a host of allergies and autoimmune diseases could be treated by swallowing parasitic worms, or by faecal transplants that re-introduce beneficial microbes back into the gut.

While we may think humans have the upper hand, we have to accept that viruses, bacteria, and all the rest are crafty creatures themselves, that have since evolved their own defenses against our tactics. No doubt we will come up with more sophisticated ways in which to tackle the threat. But one intriguing question is this: is there anything we can learn from other animals' cleaning behaviours that could help us survive our war with disease?