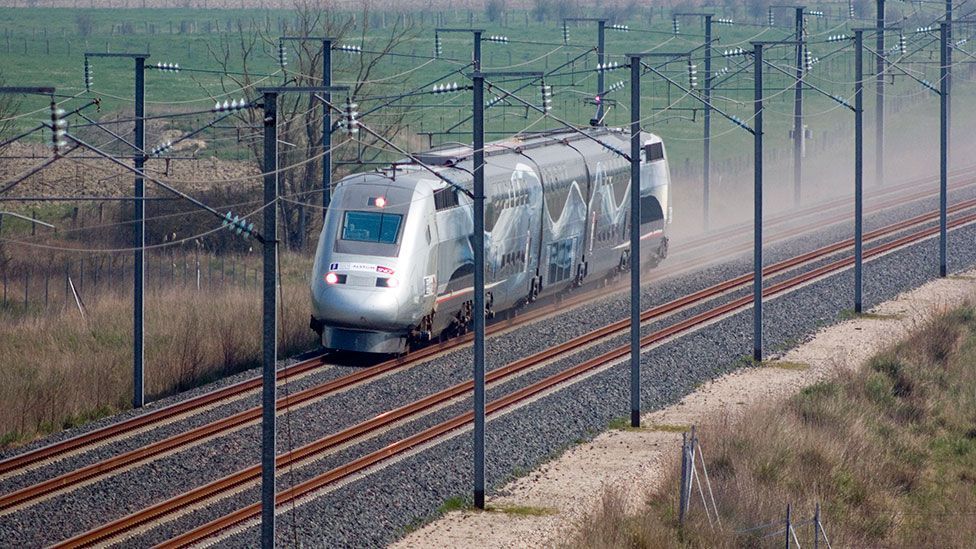 By Katia Moskvitch 14th August 2014
As technology advances, transport gets ever faster, and trains are no exception. But with great speed come great drawbacks. Katia Moskvitch reports on the pitfalls facing train designers trying to reach even greater speed on rails.
S

Since George Stephenson’s Rocket, designers have been trying to make trains go faster and faster. Despite all the innovations, particularly in the last 50 years it’s still a dream that all cities around the world could be connected by high-speed trains that complete journeys in a flash, allowing you to arrive at your destination relaxed and untroubled. Why is this the case?

Going fast on rails brings its own special set of problems. Human bodies are simply not built for rapid acceleration, we experience certain low frequency motions that create discomfort – a feeling of “motion sickness". We also experience rapid acceleration, for example, each time we take off and land in a plane. 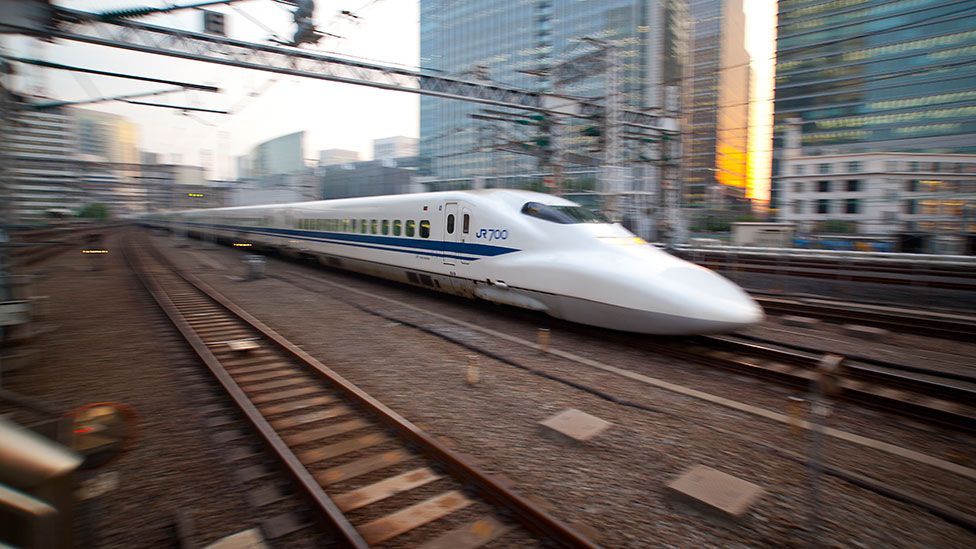 Then there is the logistics of trying to send a train faster along a track. Going fast means pushing air out of the way, which also requires a lot of power. A train travelling at 300mph (480km/h) uses roughly 27 times more power than one travelling at 100mph (160km/h).  And at ground level the air is a lot denser than it is at 35,000ft (10,600m) where airliners regularly cruise. That means more resistance, and therefore more vibrations.

But train operators and companies are pushing for ever-greater speeds, and they have been trying out a range of innovative designs that they hope will make trains go super-fast and be ultra-comfortable at the same time.

If trains could travel just in straight lines and without any dips, then high speeds would not be a big issue. It’s the bends and the ups and downs that create a problem, especially in Europe, with its many rivers and mountains and old train lines following long-travelled routes.

The first attempts to make trains tackle curves faster were made in the early 1970s, when an old concept well known to motorcyclists – leaning into the curve – was first applied to rail travel. That led to the first tilting trains. The idea was that passengers will feel less of the centrifugal forces of a high-speed train going into a bend when the whole train itself leans into the curve. 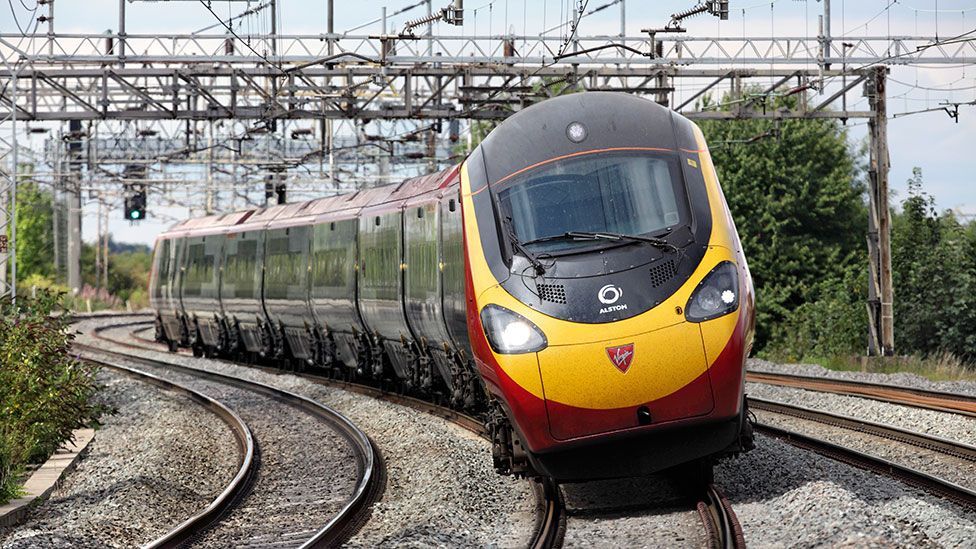 But with the first tilting trains and extra speed came great discomfort – partly because of a trick the eyes play on the brain. “If the tilting system is too good and you do not feel that you are going around a curve, but you can see it – such as the horizon changes - when your brain does not expect it, it can make you feel queasy,” says James Kennell, a bogie project engineer at Canadian train maker Bombardier.

Today’s tilting trains rarely cause motion sickness problems – mainly by reducing the degree of tilt slightly, so that the passengers still feel that they are going around a bend. French high-speed tilting Euroduplex TGVs, for instance, carry sea-starved Parisians to the sunny Cote d’Azur in less than five hours over a distance of nearly 430 miles (700km), sometimes getting up to speeds of 200mph (320km/h). In 2007, the company that makes the TGVs, Alstom, achieved the world speed record with 359mph (574.8km/h). These trains are regarded as being extremely comfortable, partly because fast trains in France are built on dedicated, ultra-smooth tracks that are welded together. 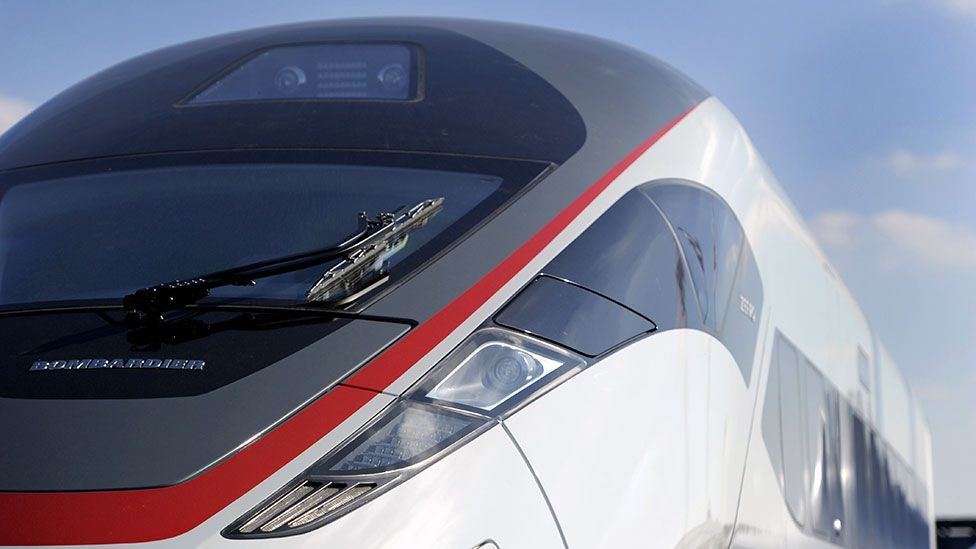 Bombardier’s new Zefiro high-speed tilting trains operate at speeds of 237mph (380km/h) in China, and are now undergoing tests in Italy before entering service in 2015. The firm has also developed a new tilting system called FlexxTronic Wako, which reacts to curves faster. It uses sensors and computer analytics to monitor the feedback from the track and improve the smoothness of the tilting, says Kennell. The system has been installed on new Twindexx trains that will soon enter service in Switzerland.

The Zefiro is also being fitted with an active suspension system, which uses data collected from sensors to detect when the train enters a curve, to prevent too much strain on the suspension. This allows the train to travel around curves at higher speeds, says Kennell. The system is also designed to detect sudden irregularities in the track ahead of the wheels, so that the active system can react and the passengers do not feel the effect.

However, not everybody believes in the benefit of tilt. Germany’s Siemens, for example, developed its own tilting system, dubbed “Siemens comfort technique”. The technology was never rolled out, because – in the words of a Siemens spokesman – “the demand for tilting trains is low”.

“There are not that many railway lines which can be used with tilting trains. So it’s not only a question of trains, it’s also a question of railway infrastructure," he says. “In Siemens’ view, we will not be able to sell enough trains of this type to be profitable in this market,” the spokesman adds. 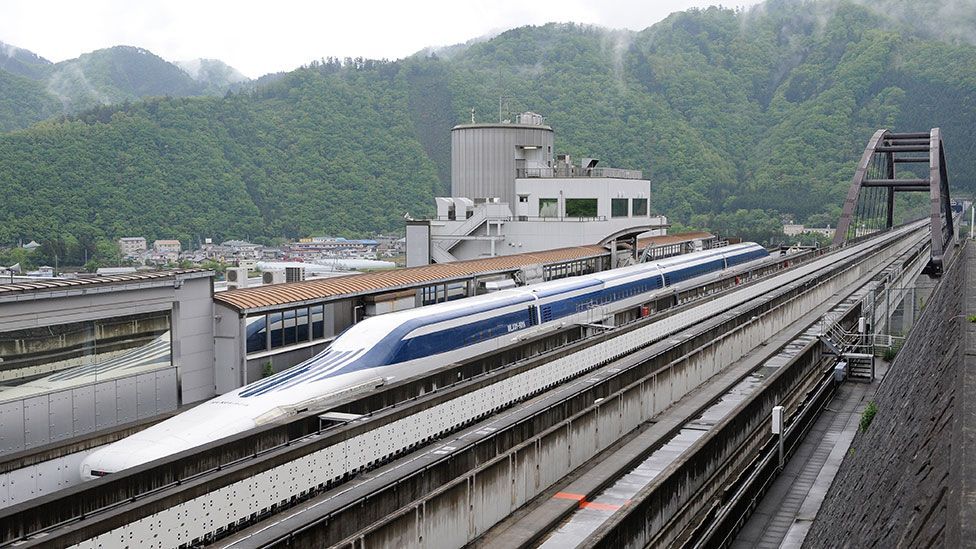 In Europe, some trains are capable of speeds as high as 250mph (400km/h) but rarely do so because they have to share tracks with much slower trains. Several Asian countries have solved the infrastructure issue by thinking completely out of the box – and opting for Maglev technology, which uses completely different tracks.

Maglevs currently operate at an average speed of 267mph (430km/h), and the Japanese SCMaglev routinely travels at 311mph (500km/h). But if they were to run much faster than that, air turbulence quickly reduces comfort, says Sam Gurol, director of transportation programs at General Atomics in the United States, requiring tunnels with an evacuated tube to reduce the air resistance.

This will be a big issue if US billionaire Elon Musk’s Hyperloop becomes reality. The inventor’s futuristic concept of linking up big US cities a network of high-speed trains – that would travel in vacuum tubes below the ground – is yet to be built, but Musk has invited interested parties to turn his idea into physical reality.

But how fast could Maglevs go with the current infrastructure? Gurol says an even faster design is being tested, but it is unlikely to ever carry passengers. “My company has built a rocket-powered Maglev system for the US Air Force. It is located at the Holloman Air Force base in New Mexico, has about 2,000ft of track and was recently tested at 511mph (817km/h),” he says. “We plan to extend the track and go at least Mach 3-4 in the future. Of course this system does not carry people. It is for testing payloads that would normally be tested on rockets at sea level.” 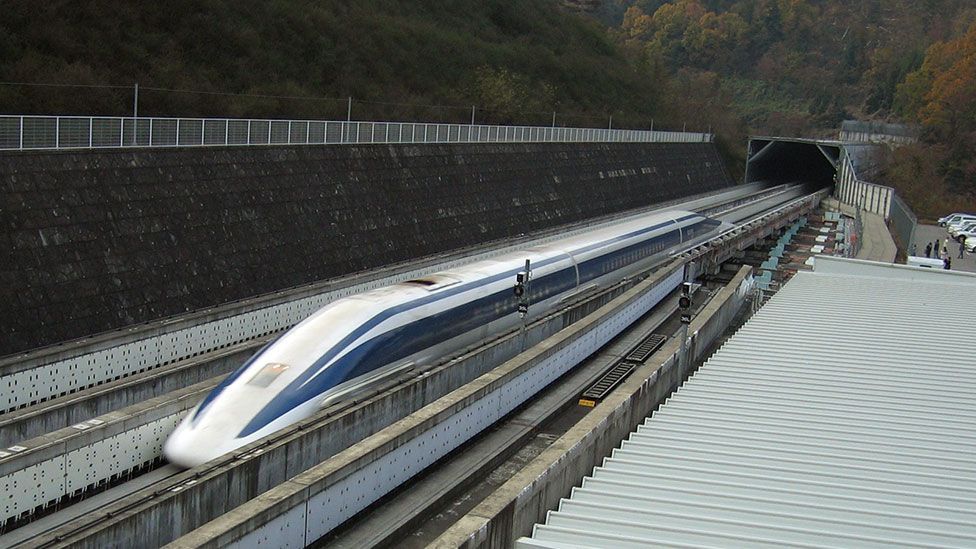 That said, maintaining passenger comfort is easier on Maglev trains.  They may go around 20mph (32km/h) faster than regular high-speed trains in Europe and Japan, but the ride is smoother, says Gurol. Above 250mph (400km/h), there is a small amount of turbulence, but it is negligible – one can still stand and walk around. “The ride quality for urban Maglev is amazing compared to light rail,” he says, “especially going through the turns – no queasy feeling based on my experiences.”

The other question is how improve the experience on regular high-speed trains. Recent research led by Lee Young Bum at the University of Ulsan College of Medicine in Seoul, South Korea, analysed the variations in heart rate in people travelling on a high-speed tilting train. The researchers found that visual stimuli, smell, noise, seat design, temperature, and humidity aboard all had an impact on comfort, and even recommend having a doctor on board to deal with passengers that suddenly feel unwell.

And as the video below shows, maybe train operators could look to their high-flying cousins to get fresh ideas for dealing with high-speed travel.

British Airways recently started testing comfort levels on its planes. The company designed a “happiness blanket” to analyse passengers’ feelings. Fliers wear a band on their head, which transmit brainwaves via Bluetooth to LEDs embedded into the blanket, making them change colour. If the blanket is blue, it means the traveller is relaxed, and often asleep. If it turns red, the passenger is likely to be stressed. The blanket works with the aid of a headset which monitors the electrical activity in the brain’s neurons, and relays that information to fibre optics built into the blanket.

An initial study found, perhaps unsurprisingly, that passengers seemed most stressed during take-off or landing, and were most contented when they were eating. “Modern train-related research groups must find the way and apply [a similar idea] to train technology,” says Lee.

Train designers may dream of the day a train can zoom as fast a plane. But it looks like it will be while yet before the notion will ever take off.

In Depth
1Why do we yawn?
In Depth
2The best ‘low-tech’ spy tricks
In Depth
3Music like never heard before
In Depth
4Can Ebola spread on planes?
Around the BBC