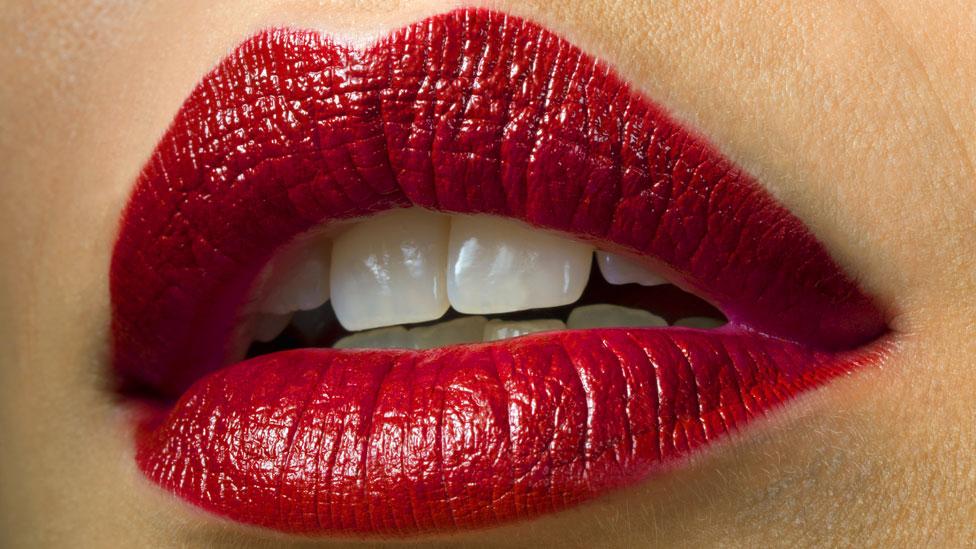 By David Robson 1st September 2014
Red is perhaps the most manipulative colour, influencing everything from your behaviour in the workplace to your love life. How? David Robson finds out.

We can never know what was going through our ancestors’ minds, tens of thousands of years ago, when they first picked up natural crayons and began painting their bodies. But it is perhaps significant that they chose a rich, red ochre – the colour of our blood and a vivid reminder of life, and death.

Today, shades of scarlet are linked with power, aggression, and sex – from the vermilion of the British Queen’s royal regalia to the gaudy neon of Amsterdam’s red–light district. And those associations may not be coincidence. A new branch of science called “colour psychology” has found that red can have a profound influence on our mood, perceptions and actions. Wearing red can even change your physiology and balance of hormones and alter your performance in a football match. So what is it about the shades of ruby, crimson, and scarlet that makes them so potent?

There is no doubt that our perception of red coincides with one of the most important events in our evolutionary history. Many mammals, like dogs, fail to differentiate between red and green. But as our early primate ancestors were adapting to life in the jungle, they evolved a new kind of cell in their retina that allowed them to pick out the bright, red fruit from the foliage. That enhanced perception would then lend itself to new forms of social signalling. Red skin – caused by blood pumping near the surface of the skin – is an important sign of dominance for many primates. Mandrill monkeys are perhaps the most famous example, with vivid markings on their face and bottom that signal their position in the group’s strict hierarchy; the fitter, and more dominant an individual is, the redder he appears. Reading their competitors’ fitness therefore prevents the lower ranking monkeys to take on a fight they are sure to lose. 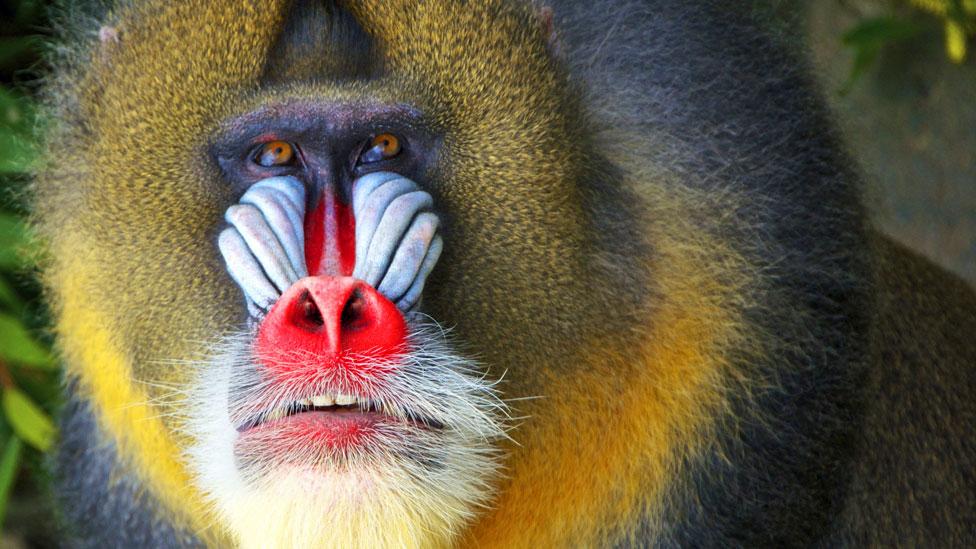 Red alert: you wouldn’t want to mess with this mean-looking mandrill (SPL)

It was only in 2004 that two psychologists – Russell Hill and Robert Barton at the University of Durham – began to wonder whether humans might react in a similar way. Although we don’t tend to flush a vivid, inflamed red like a mandrill, we do sometimes burn up with anger. So the sight of red clothes could perhaps carry associations of aggression and dominance. Hill and Barton were stuck for ways to investigate the idea, however, until the 2004 Olympics gave them the perfect opportunity. In combat sports like boxing and tae kwon do, the athletes were randomly assigned either red or blue kits, allowing the scientists to compare the same athletes’ performances when they were wearing different colours. 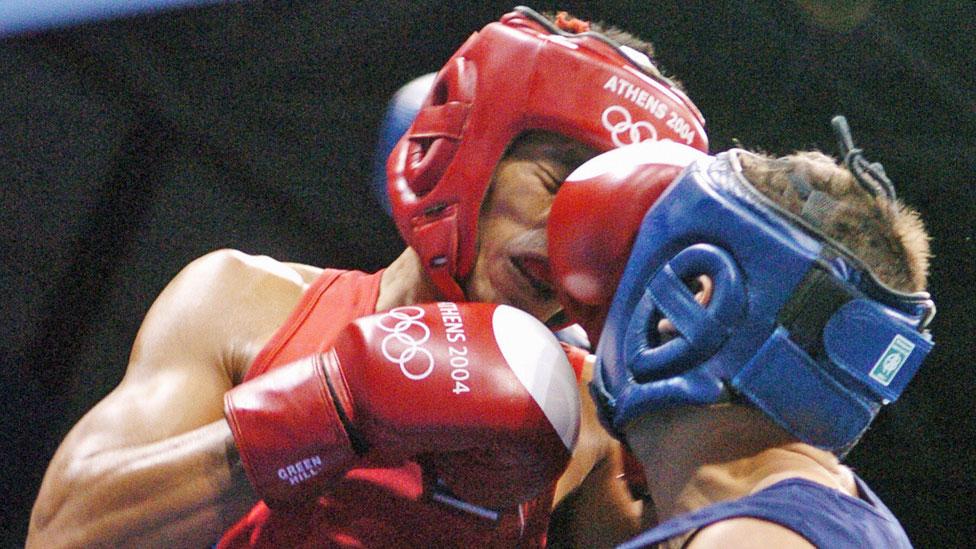 Tracking their progress throughout the games, Hill found that those assigned the red kits were about 5% more likely to win their bout than the blues. “Simply wearing red doesn’t turn you into an excellent competitor,” says Hill. “But it helps tip the balance between winning and losing when people are fairly evenly matched.” This first “study in scarlet” triggered a host of other experiments, finding similar results with football penalty shooters, for instance: they are less likely to score if the goalie is wearing red.  Soon, colour psychology was a credible scientific field in its own right. “That paper was really responsible for this resurgence in interest in colour and its possible effects,” says Andrew Elliot at the University of Rochester in New York State.

The exact reason for these effects still remains a matter of debate. Elliot points to studies showing that people who wear red feel more dominant themselves, triggering an increased heart rate and testosterone boost that could improve their performance. Or the red might intimidate the competitor – in the same way that less dominant mandrills may avoid approaching their leaders with crimson faces. “If you see red you’ll feel fear and your lower status, and your testosterone will drop,” says Elliot. Alternatively, it might have been down to the referees; one German team manipulated videos to change the kits of tae kwon do players before showing them to professional referees. “Simply changing colours changed the way experienced referees were scoring bouts,” Hill says – whoever was wearing red won the referee’s favour.

Away from the sports hall, similar thought processes could lead to your downfall in a casino. Playing with red poker chips seem to make people bet more than those using blue or white tiles, perhaps because they seem like the chips of winners. On the plus side, red clothes might also help you to perform better in an interview. Some fashion experts suggest red ties project authority and dominance in the workplace, as BBC Capital explained this week. 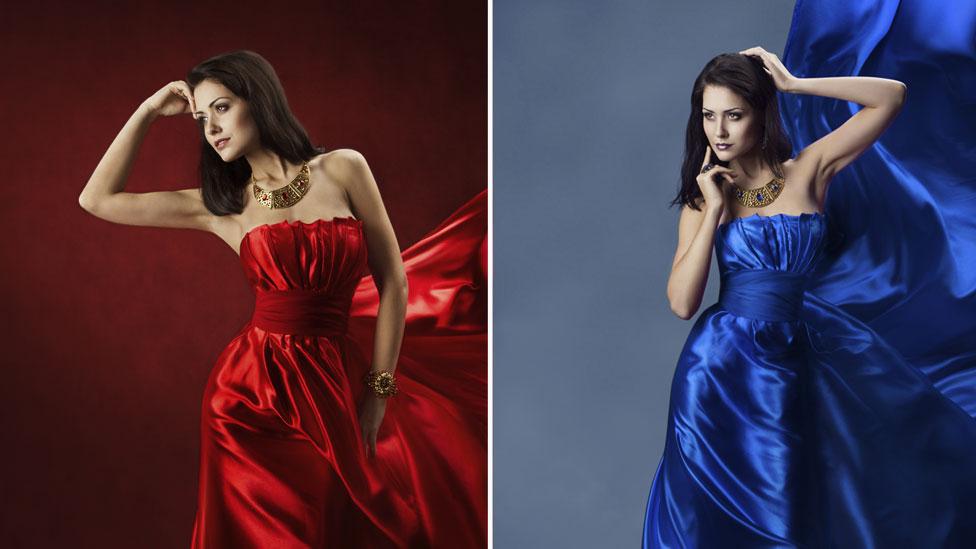 Can the colour of clothing transform how we are perceived? (Thinkstock)

Perhaps the most studied effect concerns the shade’s association with desire, seduction, and sin – a link that can be seen in everything from the Scarlet Whore of Babylon to Chris de Burgh’s Lady in Red. A string of experiments, by Elliot and other colleagues, have all confirmed that men and women are both rated as being more attractive when wearing red compared to other shades. Although many of the studies were conducted in the laboratory, with subjects passively rating static photos, it also seems to translate to real-world behaviour; waitresses in red also tend to get bigger tips from male customers, for instance; wearing a red t-shirt can also increase female hitchhikers’ chances of getting a ride.

A possible explanation is that slightly redder skin – thanks to a good circulation – seems to signal health and fitness; perhaps, by extension, we read the same from the clothes that we wear.

As with the sports results, the secret may lie in the mind of the wearer, as much as the eye of the beholder; in one clever experiment, researchers took mug shots of men and women wearing different clothes. The actual colours were not visible in the photographs, yet somehow, the judges still rated the people wearing red more highly. “They might have put a sexier look on their face or held their posture in a more sexy way,” says Elliot. 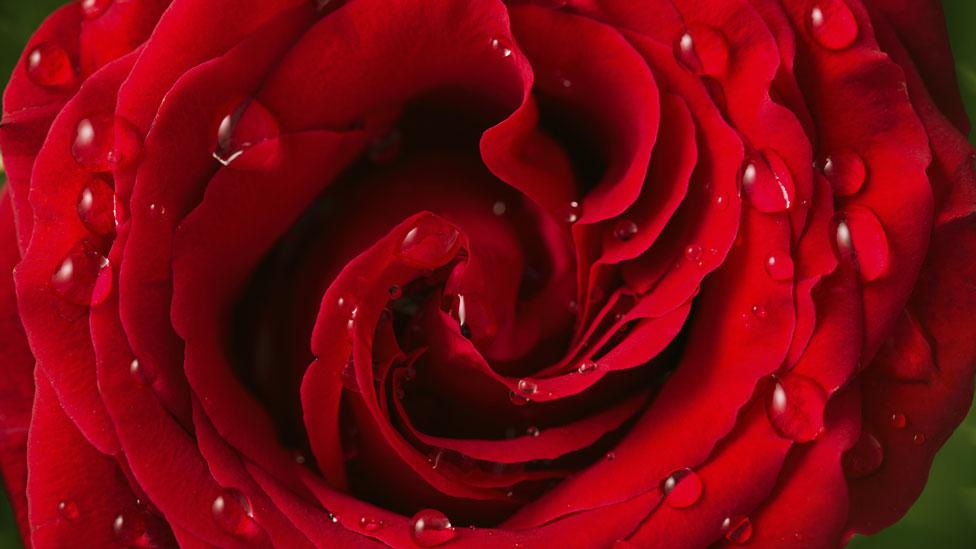 A colour for passion... or aggression? (Thinkstock)

Still, you would do well not to immediately change your wardrobe or paint your office walls. In some contexts, red can provoke other emotions, sometimes undesirable. Perceptions of dominance may contribute to a man’s attraction in the clothes he wears, for instance, but it could potentially backfire. “If it’s a super-bright red it might cue off aggression, which could be negative,” says Elliot. And in the exam hall, he has found that people perform worse on cognitive tests if they are given to the participant in a red cover slip.

More importantly, not all the findings of colour psychology are robust enough to be fully trusted just yet. “I think the work is at a very early stage of development,” says Elliot. The psychologists still need to replicate their results and investigate exactly when the different effects occur, so that we can be sure that the early findings aren’t just red herrings. “Eventually we might be able to use colour psychology to create a more productive working environment, but we’re far from that point. I think it would tremendously premature to regulate what colour sports jerseys could be – or to outlaw red pens.”

Elliot would also like to see more work investigating the rest of the rainbow. He has found that where red may hinder performance, green and blue can encourage creativity in certain kinds of word games. Even so, Elliot suspects that their influence will be fairly limited, compared to the potent effect that red has over our behaviour.

“The perception of red has evolved in such important events and experiences,” says Elliot. “Red is the colour of ripe fruit, the angry face across from you, the person showing sexual arousal.” In this way, it will always be associated with survival, with connotations and influences that run as deep as the blood in our veins. Perhaps we are only confirming what our ancestors realised when they first started painting their bodies: there is no other colour like it.

The Secret World Of...
1The secrets of fake flavours
Neurohacks
2Do we all see the same colours?
Beyond Human
3Can synaesthesia be learnt?
Neurohacks
4How do thoughts form?
Around the BBC