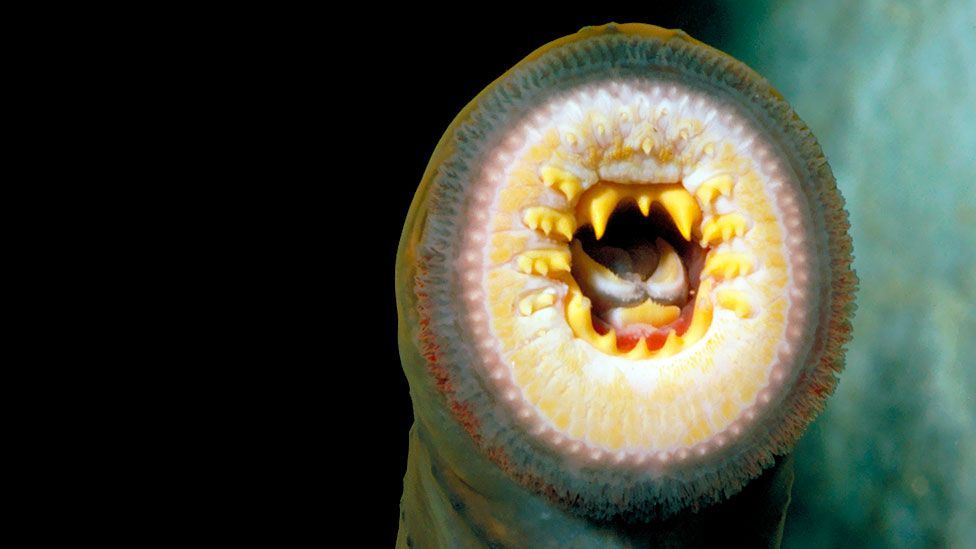 By Rachel Nuwer 9th September 2014
Pockets of land and water that are free from ‘alien’ species are few and far between, finds Rachel Nuwer. Yet could we reverse the tide of these pests?
W

When Piero Genovesi received my email, his interest was piqued. Is there anywhere left, I asked, free from invasive species? Genovesi chairs the Invasive Species Specialist Group at the International Union for Conservation of Nature, so he spends much of his time fretting about animal alien invaders. Whether it’s voracious cane toads or pesky squirrels, these creatures cause havoc by invading a place they don’t belong, outcompeting other animals, eating up resources and becoming pests.

So, if there are any pristine ecosystems remaining, where would they be? “This is not an easy question, and one I’ve never asked myself,” Genovesi says. Still, he was intrigued enough to investigate.

The reason it’s a tricky question is because invaded lands vastly outnumber the places still untouched. Where humans go, invasive species tend to follow, Genovesi says, and “there is literally no island in the world that has had no contact with humans in the last century”.

We’ve taxied invasive species around the globe for millennia. Some of the earliest mammal invasions occurred 8,000 to 9,000 years ago, when Neolithic humans introduced wild boars to Sicily and shrews to Cyprus, Sardinia and the Balearic Islands. In AD77, Pliny the Elder penned the oldest written evidence of invasive species’ impacts, writing in his Naturalis Historia that rabbits were causing famines on the Balearic Islands, which forced desperate residents to start throwing ferrets into the rabbit burrows as a means of controlling those insatiable pests.

Far from something confined to history, however, detrimental species introductions continue to happen frequently today, from egg-hungry Argentine black and white tegus taking up residence in Florida, to a sudden influx of exotic crazy ants in Texas. Invasive species have been implicated in more than half of recent extinctions and they ring up more than $120bn in annual damages in the US alone.

Some of these stowaways are inadvertent passengers – the rats, roaches and other pests that we ourselves cannot manage to contain. Others are intentionally introduced, whether for food, as pets or in an ill-devised attempt to control another species that we want to get rid of.

Despite their ubiquity, however, Genovesi figured that places free from invasive species must exist, even if he was not aware of them himself. So he submitted the question to the “Aliens-list,” a professional listserve whose 1,000-plus members make up the world’s invasive species management frontline. Putting their collective knowledge to use, they came up with a few examples of places that are most likely free of invasive species. 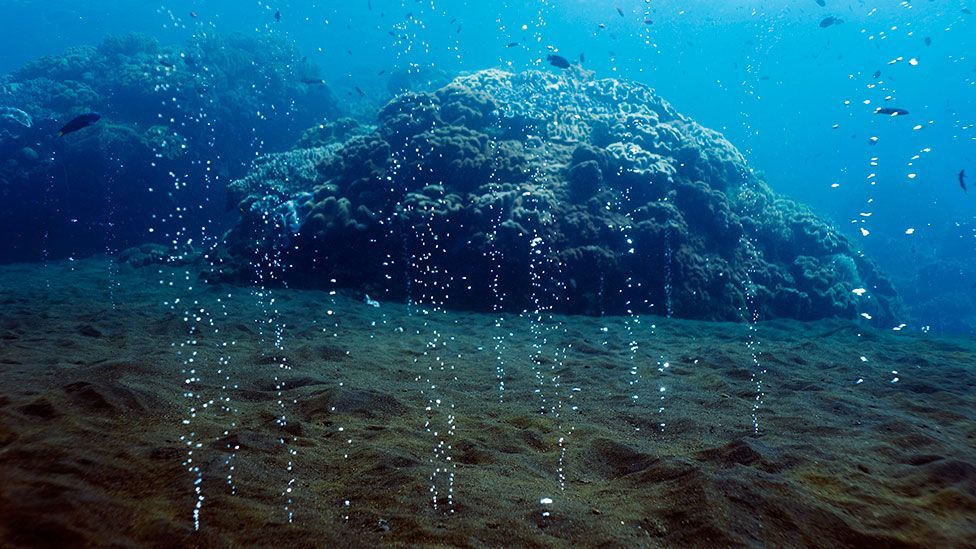 Deep sea vents - one of the few place without alien species? (SPL)

Not surprisingly, only the most remote and extreme ecosystems have managed to exclude invaders. Thermophilic bacteria – the kinds that flourish in environments subjected to excessive heat – likely live free from invaders. Such spots include the hot springs of Yellowstone and Iceland, the edges of deep sea geothermal vents and some volcanic soil. Extremely dry areas, such as the Arabian Desert, also have few if any non-native species. The open ocean’s pelagic zone – the layer of water located between the surface and the sea floor – is usually alien-free as well, as is the deep sea. Caves also tend to escape invasion, although the fungus that causes the deadly white-nose disease in bats is increasingly turning up in those habitats, especially in the US.

Historically, the polar areas largely escaped the presence of invasive species. But concerns are growing that the situation is already beginning to change thanks to an increasing number of tourists, scientists and adventurers visiting those regions, as well as the lessening extremity of those environments, because of climate change. Researchers in Svalbard, an archipelago located in the Arctic Circle, found more than 1,000 seeds from 53 species of alien plants stuck to the shoes of visitors arriving over a single summer, for example, and dozens of non-native species ranging from moths to flies have been spotted buzzing around research stations in Antarctica. So far, none of the invertebrates seem to have permanently established itself on the Antarctic continent, but scientists fear it’s only a matter of time. The nearby South Georgia Island, for example, has already succumbed to that fate: invasive beetles are chomping their way through native ones, and rats and introduced reindeer threaten seabird populations there. 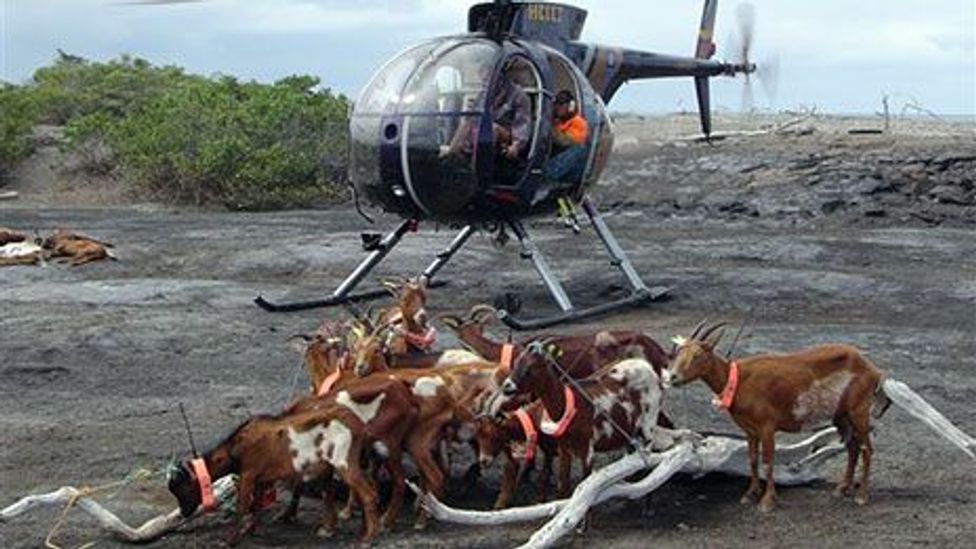 One notable exception to the where-there’s-humans-there’s-invasive-species rule are remote tracts of rainforest. Few if any alien species live deep within the Amazon or in Borneo, despite the presence of people living there. But that’s because those isolated tribes don’t come into contact with potential invaders themselves. Typically, even the remotest places – Gough Island in the South Atlantic, Palmyra Atoll in the Pacific – contain the living relics of humans’ time there. Rats alone have reached at least 90% of the world’s islands thanks to our movements.

Yet could any invaded ecosystems eventually rejoin this list of pristine places? If what’s been happening over the past few years in New Zealand offers any clues, then there’s some cause for optimism.

As a country largely free from endemic mammals, New Zealand – the last large islands in the world to be settled by humans – is particularly vulnerable to the effects of warm-blooded creatures. It started with the first Polynesian settlers, and later with Europeans. “New Zealand was a place of birds,” says Nick Holmes, director of science at Island Conservation, a non-profit organisation that specialises in invasive species eradication. “The only native mammals there were bats and marine mammals.”

Today, however, New Zealand’s fauna is about evenly divided between native and alien species. Of the country’s approximately 800 islands, less than 1% escaped the arrival of more than 30 alien mammals, including rats, weasels, mice, goats, pigs and brushtail possums. “In just a few hundred years, the environment has undergone a nearly complete transformation,” says Mick Clout, a conservation biologist at the University of Auckland, and former chair of the IUCN Invasive Species Specialist Group. 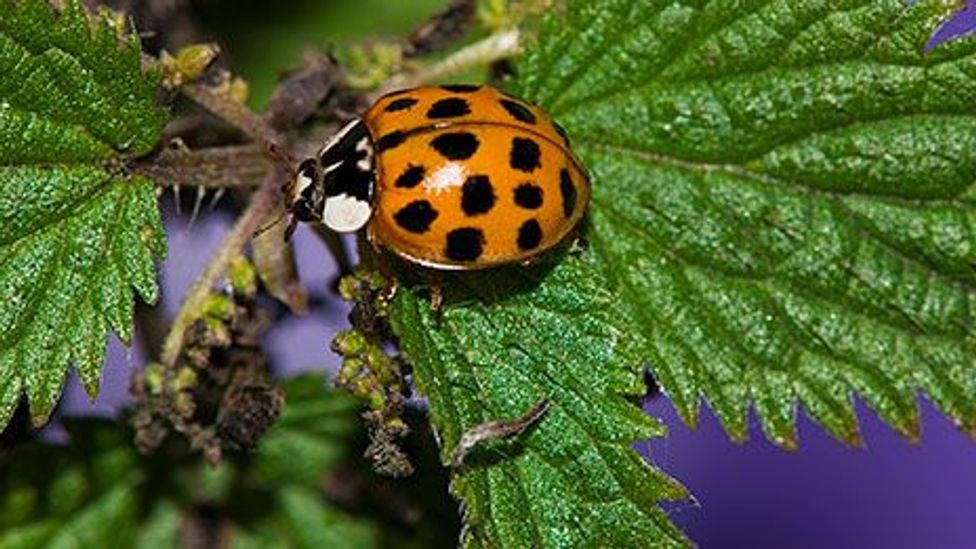 The voracious harlequin ladybird, causing problems in the UK (SPL)

Around 1960, the problems caused by the invaders could no longer be ignored. Species such as the kakapo parrot were quickly disappearing, and possums turned out to be vectors of bovine tuberculosis, causing considerable impacts to the country’s beef industry. At first, New Zealand experts thought that management, not eradication, was the only option available to them. But the late ornithologist Don Merton stumbled upon the discovery that rats could indeed be poisoned out of existence after he distributed Warfarin baits around Maria Island.

For the first time, New Zealanders realised that getting rid of rodent pests for good was a plausible reality. “Basically, no one else could really help because clearing these pests from islands had never been done before,” Clout says. “Conservationists here, as opposed to many other places in the world, became very aware that preserving native wildlife and forests unfortunately involved killing things rather than just protecting what we have.”

Efforts began crudely. Acute toxins delivered via ground-based operations did an acceptable job of getting rid of rodents, but the delivery was inefficient and the poisons led to an inhumane end for those creatures. Additionally, some animals received a sub-lethal dose and then learned to avoid the hazardous baits. But the country’s tactics have evolved over time, to the point that other nations began hiring New Zealand contractors to carry out foreign eradications. “We figured it out by trial and error,” says John Parkes, a retired scientist who freelances as an invasive species consultant. “The breakthrough for rodents came in the 1980s, when New Zealanders began using brodifacoum baits sown from the air.” 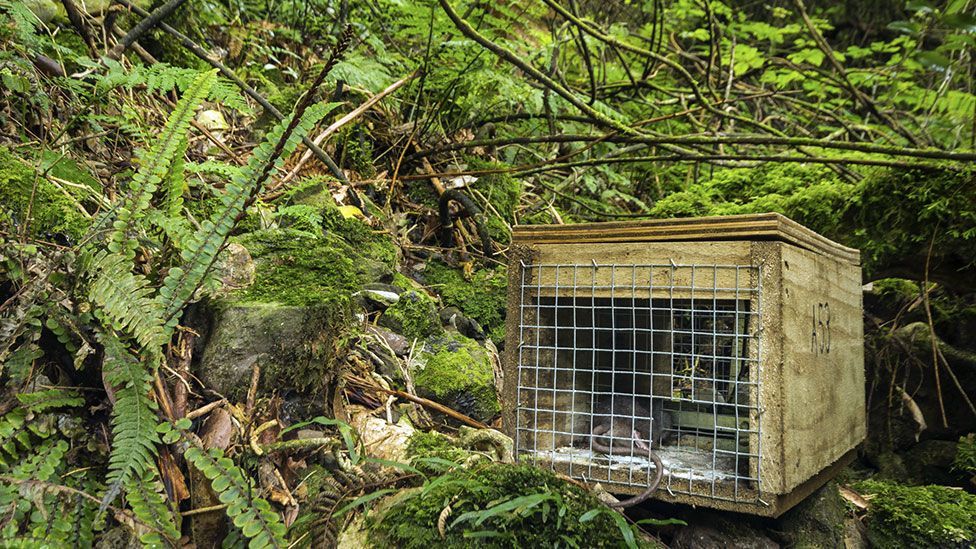 Today, anticoagulant toxins delivered by air are the weapons of choice against island rodents because they take days or even weeks to take effect. That way, all of the rodents receive a toxic dose before realizing that something is amiss. Baits often have up to a 100% success rate for rodents, but other animals such as possums, cats and rabbits usually require on-the-ground teams to eliminate stragglers. Larger animals such as goats and deer, on the other hand, are typically shot, sometimes out of a helicopter. Success rates hover at around 85%.

Thanks to these efforts, around 150 New Zealand islands are now free from invasive mammals. This September, the country celebrates its 50-year anniversary of rodent eradications. As New Zealand gradually works its way up to bigger islands, it even envisions becoming a predator-free country someday. “At the moment we don’t have the money, strategy or technology to do that, but we shall see,” says Parkes.

Invasive species eradication teams can now be found in numerous countries around the world (although many still do have some New Zealand involvement). The British recently undertook a massive reindeer, mice and rat eradication effort in South Georgia Island, while the Ecuadorians did the same for goats, pigs and donkeys on two of the islands that make up the Galapagos. More than 1,000 invasive species removals have been carried out to date on islands around the world, and the benefits they deliver to the local environment are usually readily apparent. 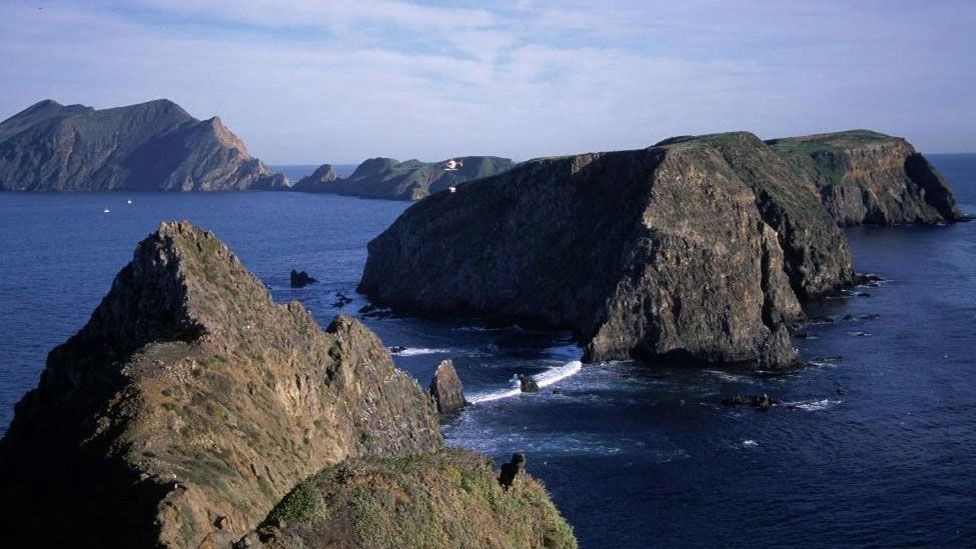 On California’s Anacapa Island, for example, invasive rats – probably stranded there by a 19th Century shipwreck – were eating their way through vulnerable Scripps’s Murrelet eggs and chicks. In 2002, wildlife managers called in Island Conservation, which has carried out removal operations on 52 islands over the past 20 years, to get rid of the rats. With the vermin soon gone, birds almost immediately began to rebound. The Scripps’s Murrelet population enjoyed a nearly three-fold increase in hatching success, and Anacapa saw its first confirmed endangered Ashy storm-petrel nest. “The Ashy storm-petrel is this little nocturnal seabird with this beautiful musty smell, but it’s very vulnerable to rats because it breeds on the ground,” Holmes says. “Now that the rats are gone, we’re starting to see the island return back to what it once might have been.”

To date, Australia’s Macquarie Island stands as the largest successful rodent eradication, with an area of about 13,000 hectares cleared of rats and mice, not to mention rabbits. But experts believe that there is an upper limit of the geographic size of an area that can be purged of all invasive species – even if they haven’t hit that limit yet. Additionally, these extreme undertakings are also very expensive.

So while eradication does often work, experts agree that the most effective means of controlling invasive species is preventing them from arriving in the first place. Some countries do a better job at this than others. The US contains a line on its customs form asking whether visitors have spent time on farms or are bringing any plant or animal materials with them, for example, while New Zealand takes biosecurity to an extreme. “When you arrive in the US, they ask you where you’ve been,” Holmes says. “In New Zealand, they want to see the soles of your boots.”

The more we travel though, the harder it gets to stem the flow. Wherever humans go – by foot, ship, train, plane, car, bus or bike – we tote other species along with us. So while there are uninvaded lands left – and some, like New Zealand, may soon even be reclaimed – it’s near-impossible to preserve every ecosystem. “I don’t think we can stop the problem or get rid of invasive species entirely,” Genovesi says. “But we can mitigate their impacts and slow down the pattern of invasions that at the moment is really quite alarming.”