Loading
Under the Radar
Camouflage: Can we ever create true invisibility?
Share using EmailShare on TwitterShare on FacebookShare on LinkedinShare on Whatsapp 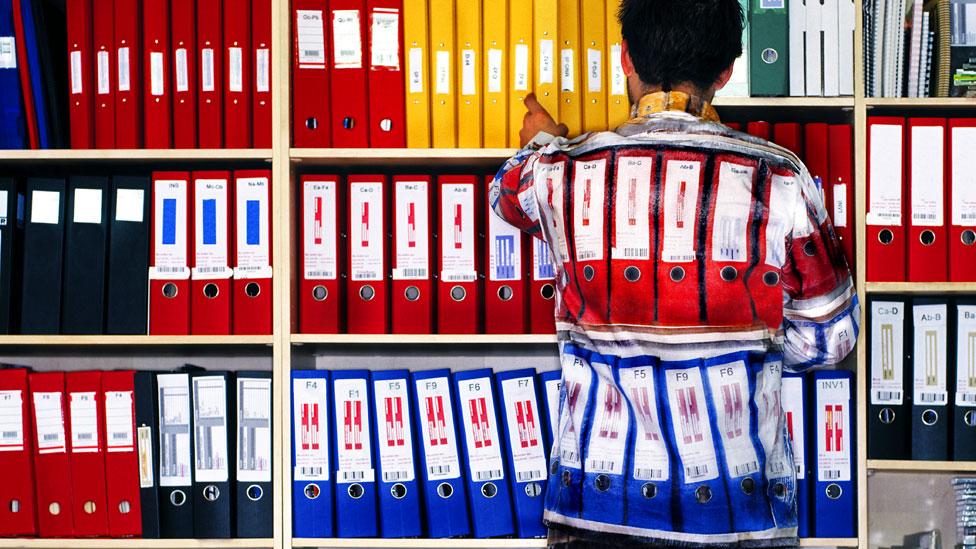 By Philip Ball 15th September 2014
Inspired by the octopus, we’re on the road to creating materials that render things almost invisible. Yet as Philip Ball points out, the history of camouflage and our limited understanding of how creatures hide in nature may make the task trickier than it seems.
I

If imitation is the sincerest form of flattery, we humans have been doing our best to compliment other animals for centuries. The Roman architect Vitruvius claimed that people invented houses by mimicking the nests of swallows. In modern times, we’ve come up with new designs for aircraft with morphing wings that steal a trick from birds, and we’ve made re-usable adhesives by copying the microstructure of gecko’s feet.

Now, we’ve seen how squid and octopuses can change their skin colour to blend into their surroundings, and we’ve copied that too.

A new “adaptive camouflage”, which can switch between light and dark to resemble its environment, was unveiled last month. Right away reporters began speculating about its potential importance for disguising military vehicles or personnel. But how much do we really understand about how and why animals use camouflage? And are military applications really going to be the optimal use of these adaptive materials?

The new adaptive camouflage has been invented by materials scientist John Rogers of the University of Illinois at Urbana-Champaign and his colleagues. To make the adaptive displays, the researchers began by imprinting a 16x16 grid of cells on a soft plastic. The cells, each about a millimetre across, contain a colour-changing dye embedded in a polymer. The dye is black at room temperature, but when warmed to around 47C (117F) its chemical structure changes and it becomes transparent. Cool it, and it becomes black again. 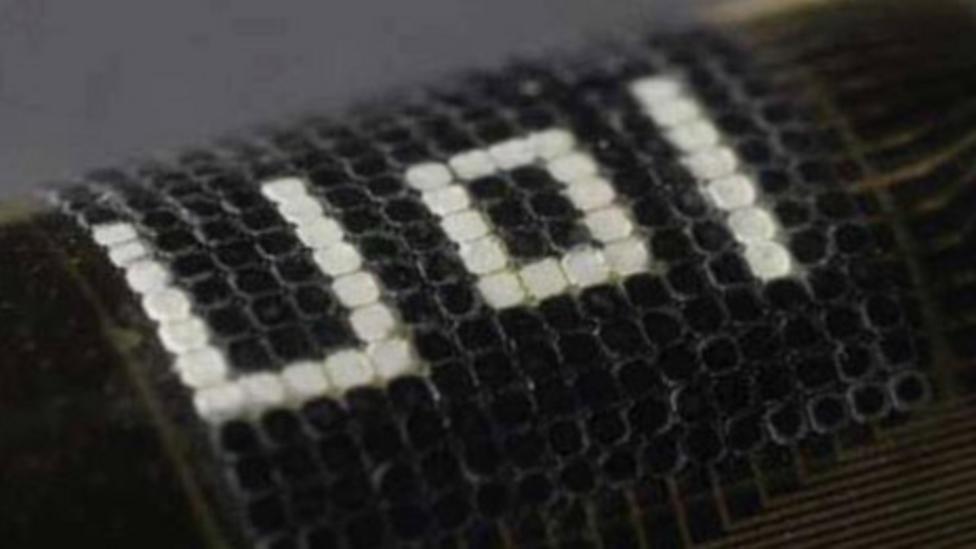 At the corners of each cell the researchers added tiny light sensors that record how much light falls on the cell, and this signal is used to control an electric current that helps warm up the dye. Shine a light on the material, and the black dye will turn transparent and expose a reflective silvery material beneath.

The result is similar, at a crude level, to the way that octopus skin works. The basic idea is that the creatures use light-sensitive molecules in the skin to register the light coming from the background against which they sit, and then use this information to alter the appearance of colour-changing cells. Octopus skin can in fact do more than match a background’s colour – it can even mimic its texture – but the new artificial version is an impressive start.

A start, however, towards what end? Rogers’ research was supported by the US Office of Naval Research, which suggests the military sees potential in the work. But in truth, the military’s long history with camouflage is chequered. 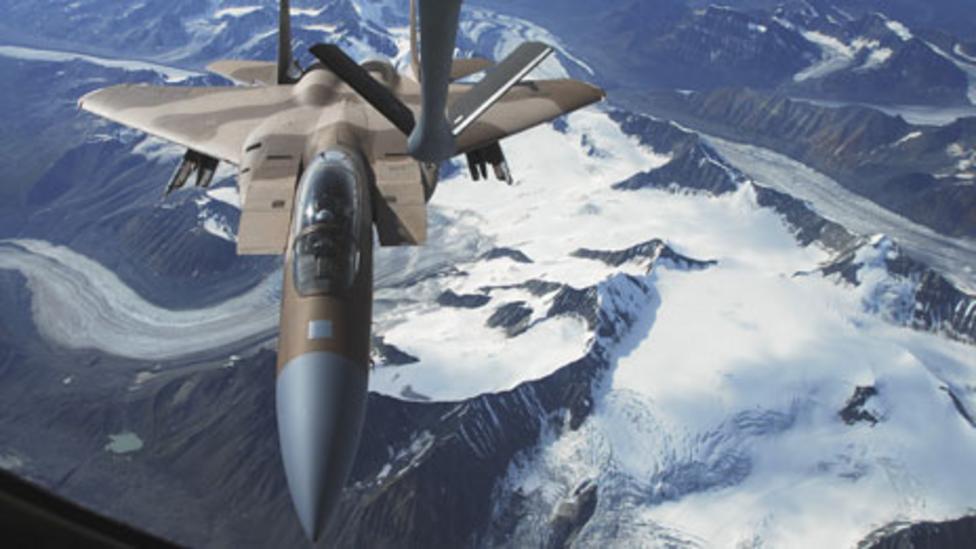 Military camouflage needs to match the environment, otherwise it exposes more than it hides (Thinkstock)

Ever since the early days of camouflage – the word was coined during World War One, possibly from the Parisian slang term camoufler, meaning “to hide” – it has been clear that the problem with any static camouflage pattern is that it only works well against the right background. One of the reasons why early camouflage specialists argued furiously about the best way to hide warships was that what might work under the steely grey skies of the North Atlantic might be useless in the azure Mediterranean. That might seem obvious, but for the regular troops the mere mention of camouflage seemed to suggest something akin to a magic “hiding” charm: camouflage designed for the muddy, wooded battlegrounds of northern Europe in World War Two was sometimes used without question in the desert campaigns too.

Another part of the problem was that in the early 20th Century scientists were only just beginning to understand how some natural camouflage works. You might think that an animal seeking to hide itself would try to blend with its surroundings, as for example the Dead Leaf Moth does. But some zoologists advising the military pointed out that many animal markings apparently used for camouflage don’t seek to make the creatures invisible. On the contrary, they are strikingly visible patterns – like the stark black and white stripes of a zebra. These schemes seem to work by confusion, or what became known as “dazzle” or “motion camouflage”: they break up the outlines of the animals, so that potential predators can’t work out what it is they are seeing. 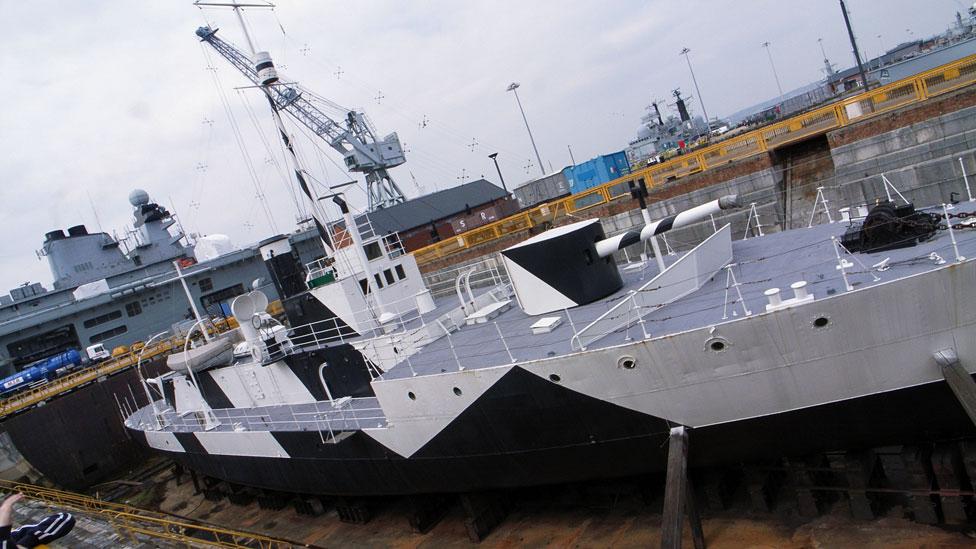 Some naval authorities in World War One took this message on board, and introduced warships painted with zebra-stripe dazzle patterns, but it was never clear how effective they were at confusing enemy gunners. What’s more, some zoologists now think that zebra stripes aren’t there to camouflage the animals at all, but might instead have evolved to deter biting insects – although the motion camouflage idea is not dead yet.

Maybe a system as flexible as Rogers’ colour-changing sheets can become the material the military has always wanted. If the researchers can master the art of copying colours instead of working in black and white – something they are now working on – they might be in reach of a single fabric that achieves a genuine kind of invisibility by exactly replicating the appearance of its surroundings in any environment. 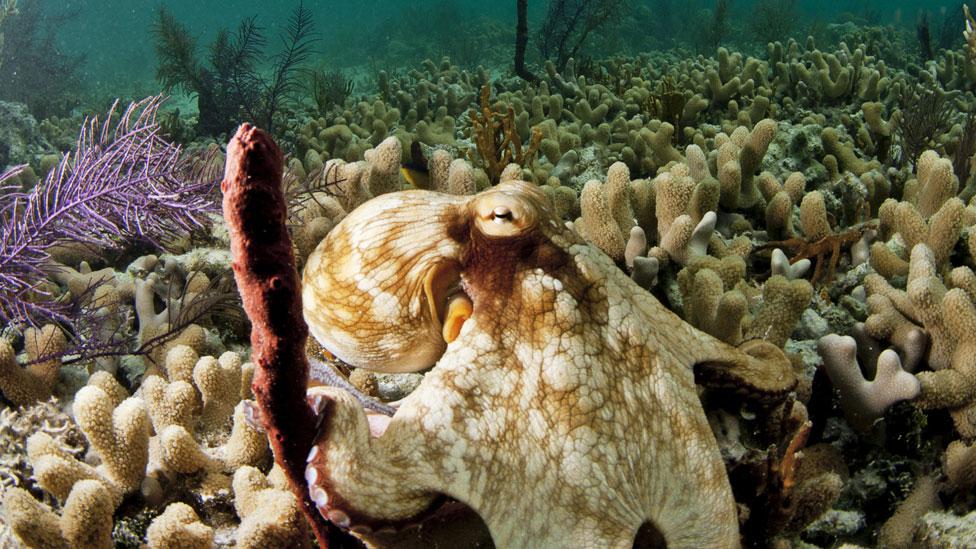 Octopus skin can transform to blend with its surroundings (Thinkstock)

But Rogers and his colleagues are not the only ones chasing this goal. Italian computer scientists Franco Zambonelli and Marco Mamei have outlined the requirements for a fabric coated with miniaturised LEDs and cameras that, by projecting the appropriate background image in all directions, could confer genuine invisibility. They say that current technologies are almost up to the task, and estimate that it could cost under 500,000 euros to build a prototype.

Others are thinking big about invisibility using the same LED projection principle. The American company GDS Architects has approval to build a 450m-tall skyscraper near Seoul in South Korea called Tower Infinity that would be covered with banks of LEDs and light sensors. The LEDs, working like giant TV screens, would in theory allow the tower to vanish into the sky behind by taking information from the light sensors on the opposite side of the building. The technology is different from Rogers’ but the outcome is the same: adaptive camouflage. 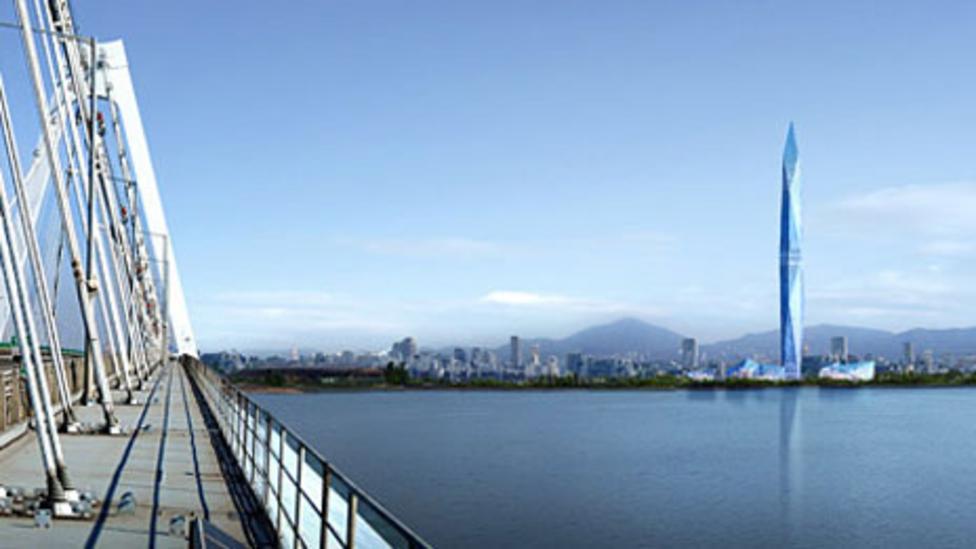 How Infinity Tower will look (GDS Architects/Flickr/CC BY 2.0)

A gimmick like this shows how Rogers’ adaptive materials might find uses beyond the battlefield. If architecture offers one option, the fashion industry provides another. Of course, fashion is never about blending in: maybe adaptive materials could be used instead as “anti-camouflage” to make sure that someone stands out from the crowd no matter what the situation.

In any event, Rogers’ ingenious system evidently enters a busy and subtle arena. There is certainly interest in adaptive camouflage technology, but it remains to be seen whether it can make the leap from the lab to the real world. Perhaps that’s because this technology, as with so many, is one for which the killer app hasn’t yet been invented.

In Depth
1My friend with a robot skeleton
Science/Fiction
2What is (and isn’t) sci-fi?
HyperDrive
3The real-life hoverbike
Mosaic@Future
4The amateur who surprised science
Around the BBC