Loading
Taste of Tomorrow | Food
Healthy eating: The mind games of supermarkets
Share using EmailShare on TwitterShare on FacebookShare on LinkedinShare on Whatsapp 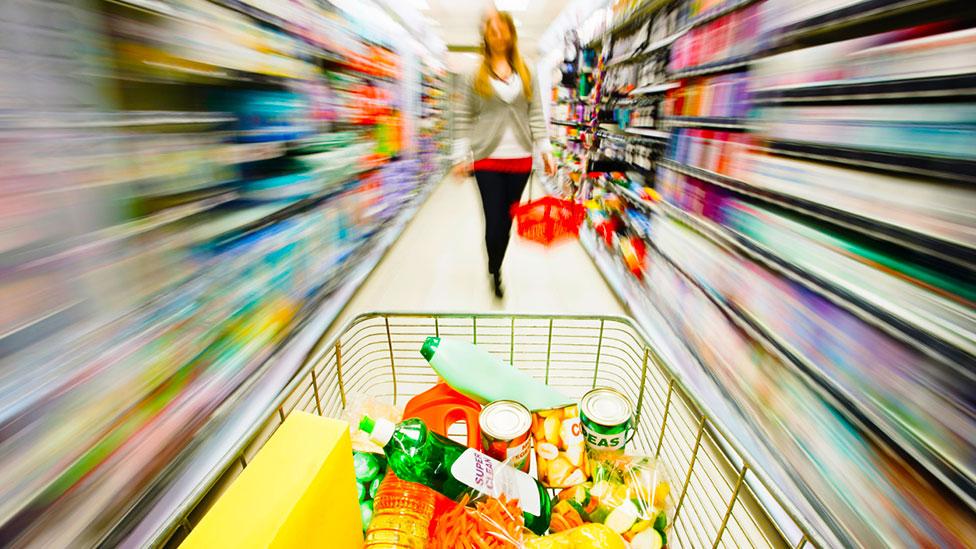 Every time you enter the supermarket, you're being manipulated. By design, all of the basics you're just dropping by to pick up lie on the far side of a sea of temptation: the eggs, milk, and bread are blocked by fruit snacks, those fancy new crisps, and a display of artisanal cheese. If that wasn’t enough, your kids are targets too: all the cereal at the eye level of a child sitting in a shopping cart is pasted with cartoon blandishments, the better to lure them in with.

But could we be manipulated for the better? The average food manufacturer has little reason to divert us from their high-fat, high-sugar, high-deliciousness products. Yet given that we are already being influenced, one can wonder whether stores might eventually see the benefit – perhaps administered through public health-related tax cuts – to making the produce section into a wonderland that has the kids screaming for kale.

Even within our current stores, it isn't difficult to nudge people in a better direction, at least in the short term. Esther Papies, a professor of social psychology at Utrecht University in the Netherlands, found that handing out recipe flyers at a store entrance that included words like “healthy” and “low-calorie” caused people who were overweight or dieting to subconsciously buy fewer snacks. They took a whopping 75% fewer snack items to the checkouts than those who received the control flier, which did not have the health-related terms on it. Seeing those words – being primed by them – activated people's existing goals and reminded them what they could do now to meet them, without the shoppers really taking notice, says Papies.

Other tricks have been proposed by Brian Wansink, a professor of consumer behaviour at Cornell who's well known for his research into the psychology of eating. Some of his latest work takes an earlier finding – that people increase their fruit and vegetable intake by 24% if they are told that half of their dinner plate should be reserved for these foods – and applies it to supermarket shopping. Wansink found that dividing a grocery cart in two, with half to be used only for fruits, vegetables, dairy, and meat, causes people to spend more than twice as much on fruits and vegetables than people without a partition – $3.65 versus $1.82 on fruits and $5.19 versus $2.17 on vegetables. The idea is that the partition implies the existence of a social norm that consumers try to meet. 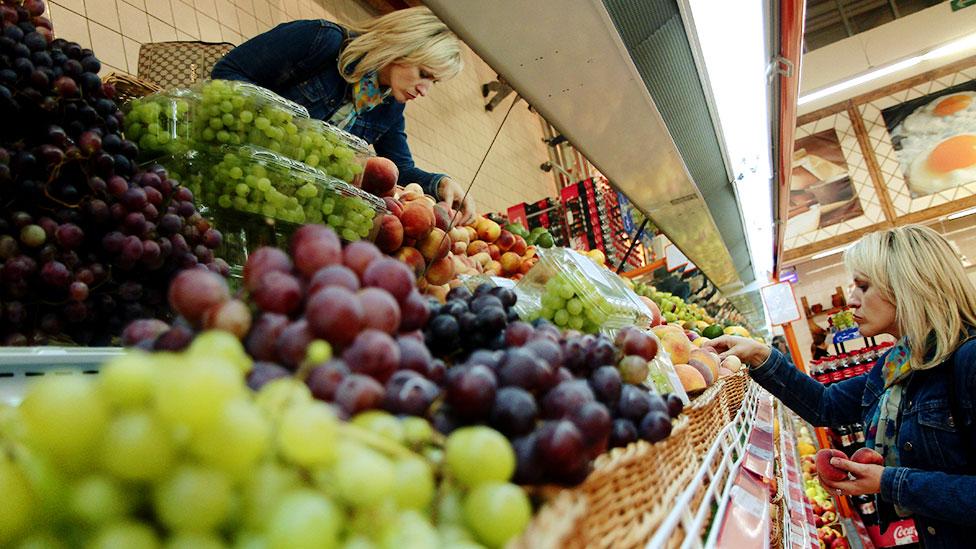 Anne Escaron, a public health researcher at the University of California, Los Angeles, has co-authored a review of studies into supermarket interventions for promoting healthy shopping that stretch back over 40 years. She says that, in general, the more angles covered by the interventions, the more successful they have been overall in shifting consumers' habits. For instance, while using signs on store shelves that promote healthy shopping might help, if this is combined with some subtle price manipulation, the intervention is more likely to be effective. “Any way that you can catch more than one impulse that someone may have in the grocery store, the more you're going to be able to influence consumer choices,” she says.

Interventions that shops could incorporate in the long term are a bit more of a puzzle, though. Knocking down the price of a healthy product far enough will make it fly off the shelves, says Karen Glanz, a professor of epidemiology at University of Pennsylvania. “But the downside is somebody's got to pay for [the price cuts],” she points out. She has also learned that we’re not all open to manipulation in the same way. For instance, she has found from interviews with shoppers in low-income areas that highlighting how healthy a product is can send the message that it will taste bad, rather than convincing them to buy it.

Milk on the left

But while emphasising healthiness may not work everywhere, other nudging techniques might. For a study published in 2014, Glanz and her collaborators re-shuffled the beverages sections of grocery stores so that low- or no-calorie drinks such as water took up more display space in the sweet spot at eye level, and the dairy sections so that skimmed milk, rather than whole milk, sat on the left side of the case, where consumers usually look first. They also marked them with coloured signs, though these had no health information on them. These interventions did not require priming or giving consumers a deal, but they boosted sales of skimmed milk and water all the same. Glanz recently secured funding from the US National Institutes of Health for a large, two-year study that directly addresses how stores could cause significant changes in shoppers' habits with such subtle changes. 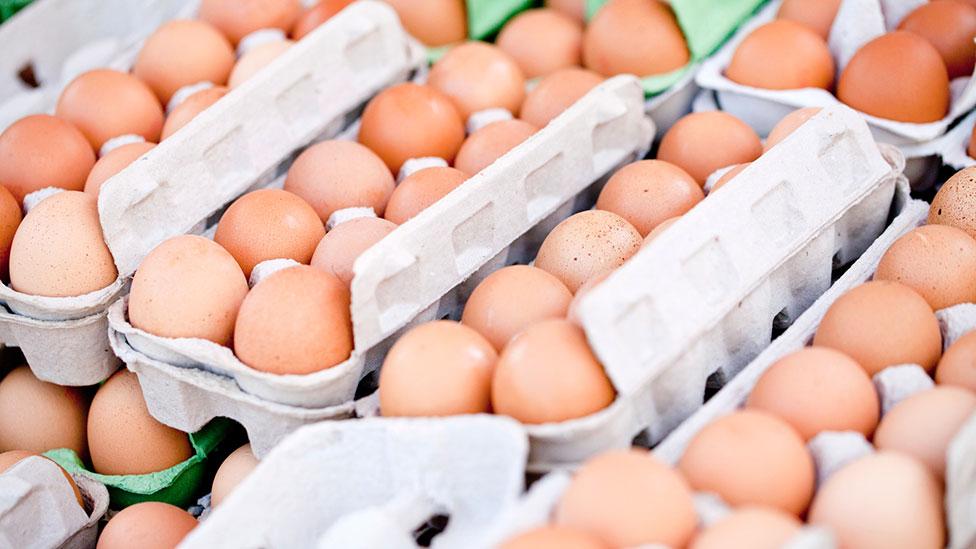 It could be that the most sustainable interventions, like the ones that currently route you past the snacks or put objects at the ends of aisles where they are emphasised for the purposes of selling more, aren't ones you necessarily notice. Produce sections are already placed just inside the front doors of stores, to give an impression of freshness and healthiness that then permeates the rest of your trip. High-end stores like Whole Foods Market, which has stores across North America and in London, have led a charge in primping up produce sections even further, including offering samples and emphasising information about food's origins.

These stores might not yet have found a design that makes kale irresistible to kids, but greater focus on produce and swapping around items so that healthier options take up more of the shelf real estate than they do now might have a larger effect that you'd imagine. How will the health-conscious grocery store of the future look? It might be surprisingly similar to today's, with most of the changes that alter shoppers’ behaviour going barely noticed by the customer.

It might feel strange to think that are so easily swayed without you realising. But embrace the fact that you are not all your conscious mind desires.

If you would like to comment on this, or anything else you have seen on Future, head over to our or Google+ page, or message us on Twitter.

In Depth
1The bug we’re programmed to fear
The Secret World Of...
2The secrets of fake flavours
Journey: Upgraded
3How to trick terrible travellers
Medical Myths
4The mystery of asparagus and pee
Around the BBC