Loading
In Depth | Computer
Can virtual reality make you a better person?
Share using EmailShare on TwitterShare on FacebookShare on LinkedinShare on Whatsapp 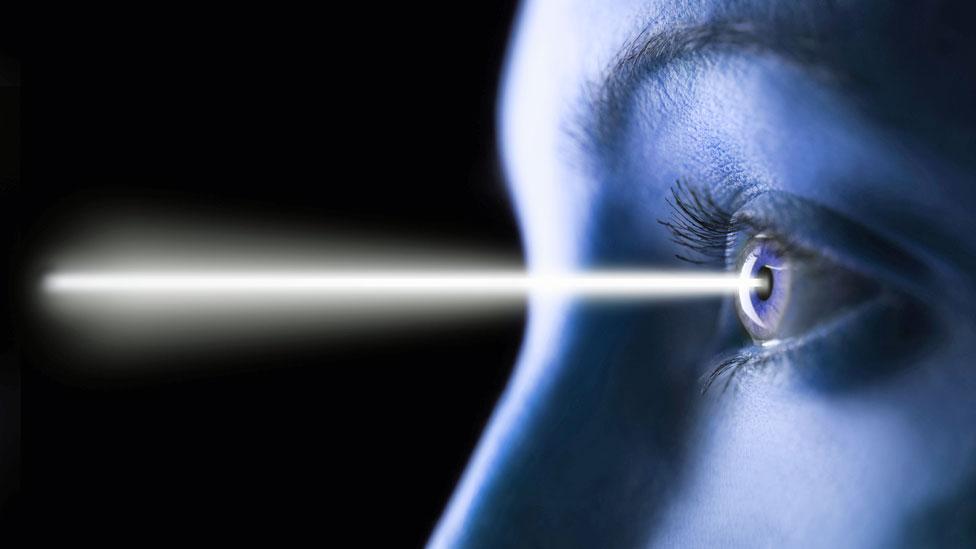 By Tiffanie Wen 1st October 2014
Can virtual reality make us more empathetic? Tiffanie Wen visited a special lab in California to find out for herself, and was surprised at what happened.

"This is already so real, I don’t know if I even want to do this anymore," I say out loud.

I’m standing in the middle of a carpeted, multi-sensory room, which is decked out with infrared cameras, surround sound and floor shakers, and I am wearing a virtual reality headset made by Virginia-based company NVIS that costs as much as a BMW.

And what I’m looking at is scaring the hell out of me.

I’m here at the Virtual Human Interaction Lab at Stanford University to see for myself just how powerful virtual reality technology has become, and I’m soon to find out that there’s some truth to the notion that virtual environments can change the way people behave in the physical world. In the day ahead, I’ll be both utterly terrified and behaving like a superhero – and the effects on my behaviour will linger for days afterwards.

The 3D image I see is a digital rendering of the room I’m standing in. I look to the right and see a digital version of the door I entered a few minutes ago for this demonstration. I look down and recognise the pattern of the carpet. There are, of course, two major differences: a narrow plank of wood is now lying on the ground.

Cody Karutz, the lab manager, presses a button on a remote. There is a huge clank and rumble beneath my feet as the carpeted floor suddenly recedes into the walls. I am now standing on a tiny platform several storeys in the air, looking down at a giant, rusted metal pit. My pulse skyrockets, my hands are sweating and I am paralysed with fear.

Apparently this is the part where I’m supposed to walk across the plank. 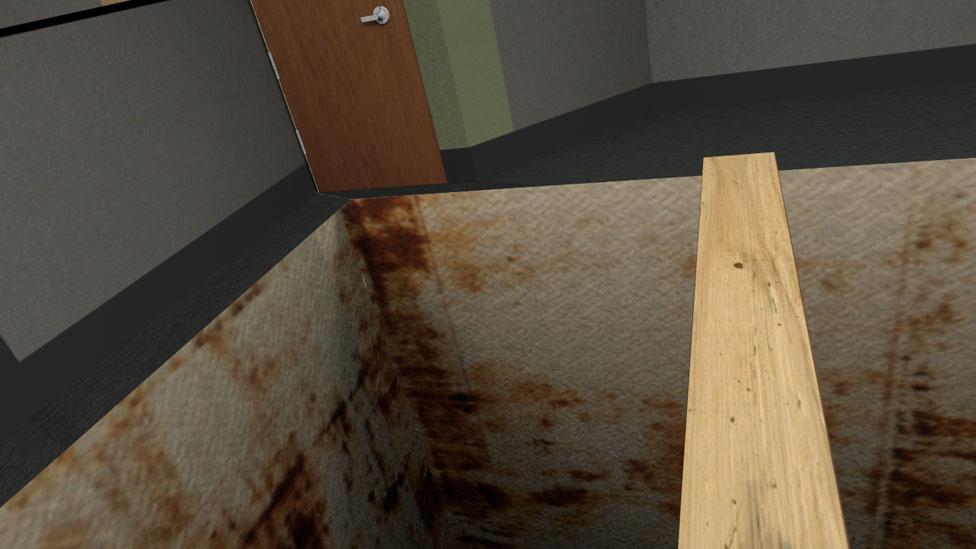 It turns out that ‘The Pit', as researchers refer to it, is a fairly typical virtual reality demonstration, designed to introduce first-timers to the realness of virtual reality, or what Karutz and others refer to as “presence”. And though I eventually made it across with arms outstretched for balance, about one in three people can’t when faced with this virtual scenario. The history of the pit includes anecdotes of people panicking and lunging for the edge, only to face-plant onto the floor.

Two elements combine to make virtual reality so convincing: tracking movement (in this case using infrared cameras like those found in Microsoft’s Kinect) and rendering (replacing your physical stimulus with virtual ones that match your perspective – in this case through sight, sound and movement). One way to improve presence is to reduce latency – the time between your movement and the visual adjustment for that movement. In the early days of VR, this delay might be a second – enough time to make people feel nauseous. Today systems like nVISOR, the device I was wearing, have latency down to 30 milliseconds, which is fast enough that I didn’t perceive any delay.

It’s certain that more people will get to experience VR technology in the near future, as Facebook’s $2 billion acquisition of Oculus VR earlier this year continues to create buzz, while tech and gaming giants like Samsung and Sony compete to get the first headset onto the consumer market. And anyone with access to a few materials and an android phone can already make Google’s cheap DIY Cardboard VR headset at home.

But Stanford and other research labs are proving that VR has implications beyond just entertainment. Recent studies have demonstrated that VR can have medical and psychological effects. It has been shown, for example, to effectively improve physical rehabilitation after a stroke or injury, reduce phantom limb pain, treat anxiety and specific phobias, and improve social cognition training for individuals with autism.

Jeremy Bailenson, an associate professor and the founding director of the Stanford lab I visited, is fascinated by VR’s potential to improve society by enhancing empathy and encouraging more considerate behaviours. “Anything is possible in VR. You can become 70 years old, a different race, or a different gender, and have to walk a mile in that person’s shoes and experience discrimination against that person,” Bailenson says. “I see my job as using VR to teach people how to like each other, take each other’s perspective, learn about other cultures and learn about the environment.” 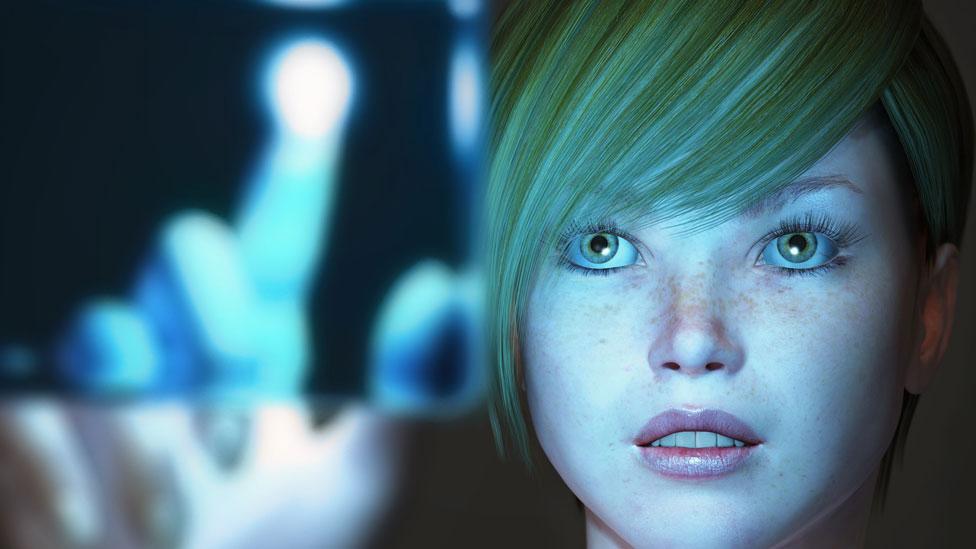 In another recent study, participants at Stanford either played a superhero-themed game, in which they flew around a virtual city and were tasked with finding a diabetic boy in need of medicine, or they toured the city in a virtual helicopter. Afterwards, when an assistant ‘accidentally’ knocked over a cup of pens while putting away the VR equipment, participants who spent time as a superhero showed more enthusiastic helping behaviour and picked up more pens than those who rode in the virtual helicopter.

Though I wasn’t part of the experiment, I was able to test out the superhero program during my visit. After recovering from the shock of The Pit, I strapped infrared sensors onto my wrists, and soared above a virtual city by pointing my arms in various directions. While the flying demo was thrilling, I wasn’t entirely sold on the prospect that it would induce more pro-social behaviours. 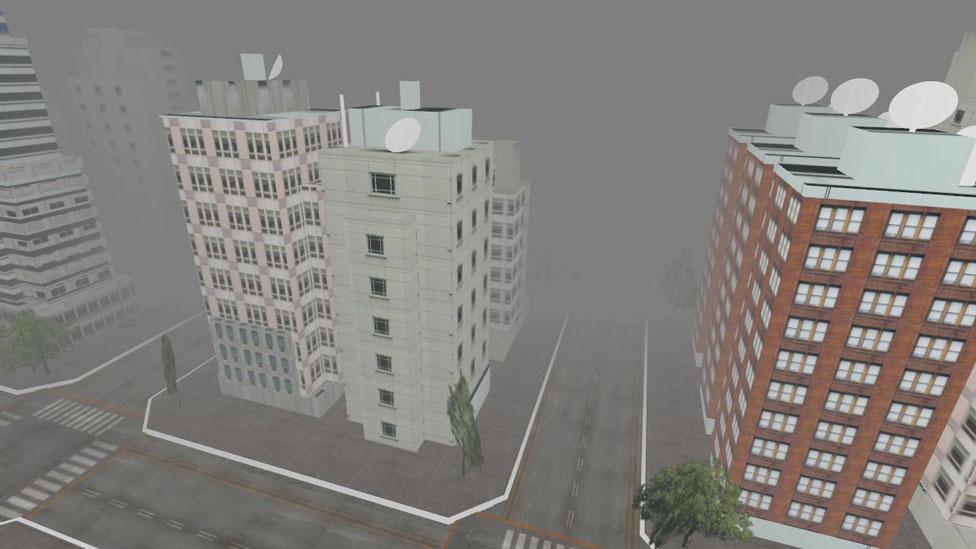 In one study, people who had flown around a city like this as a superhero were more considerate to researchers afterwards (Virtual Human Interaction Lab)

I was even less convinced by the third demonstration I tried, a documentary about ocean acidity from the perspective of the ocean floor. A voiceover lectured me on the effects of ocean acidification as I watched fish species die and colourful corals disappear.

Though the graphics were impressive, I struggled to see how the immersive documentary would change my attitude or behaviour toward the environment. Preliminary results of a study that featured this documentary have found that participants who watched the immersive version felt more empathy towards the environment than those who watched a traditional 2D documentary, but my mind kept drifting back to the excitement of flying like superwoman and I didn’t think about the ocean again.

That is, until the weekend.

During a gas-heated shower two days after my trip to Stanford, the underwater scene I had witnessed in the lab suddenly struck me. I had a vivid flashback of the coral dying, of the reefs turning slimy because of my environmentally unfriendly behaviour. Instead of enjoying the hot shower as long as I normally would have, I turned off the water.

Bailenson and his empathy machine had planted an image in my mind that, at least for a few days, I couldn’t ignore. 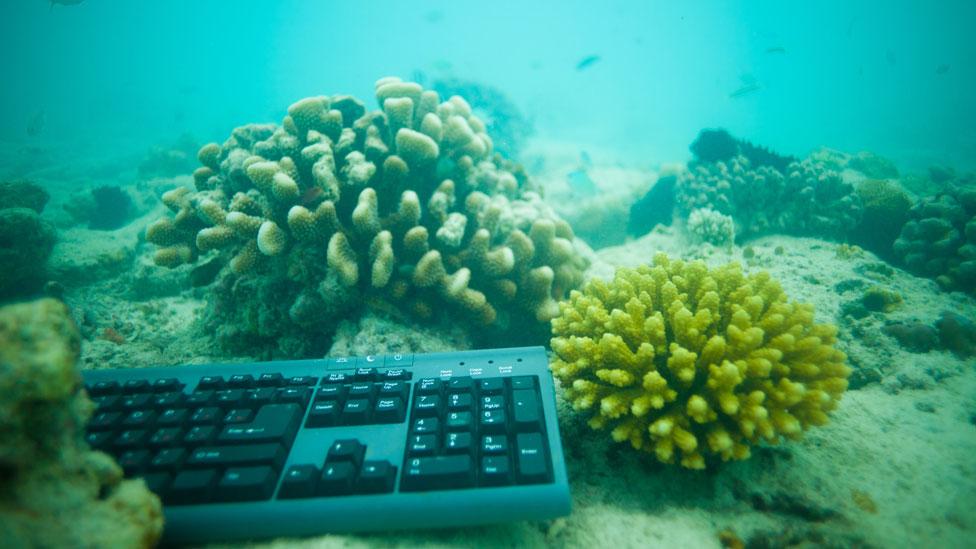 If we could all be transported to the bottom of the ocean, would it change how we feel about its conservation? (Thinkstock)

But if researchers are demonstrating that virtual reality can make us better people, what does that imply about violent immersive video games? Some researchers have claimed that playing violent video games reduces concern for victims of violent crime in real life and others have suggested that violent immersive games can lead to increased feelings of aggression in people who play them.

It’s unclear yet how much weight we should give such results, but Bailenson is certainly wary of the potential negative consequences of VR. “I do believe that when negative media becomes more immersive, it becomes more powerful,” he says. “Virtual reality is like uranium. You can heat homes and you can destroy nations. It’s up to us to choose applications that are good versus applications that are not.”

Given the fact that mere minutes in VR managed to change my behaviour outside of the lab, I am inclined to take heed of Bailenson’s promise about the persuasive power of his technology. Yet at the same time, I can’t wait to spend more time in virtual worlds. I just hope I don’t have to walk across any more deep pits.

Beyond Human
1What’s it like to be a cyborg?
Health
2Why blushing may be good for you
Science/Fiction
3Myth of the ‘real-life Robocop’
Tomorrow's Lives
4‘I swapped bodies with someone’
Around the BBC