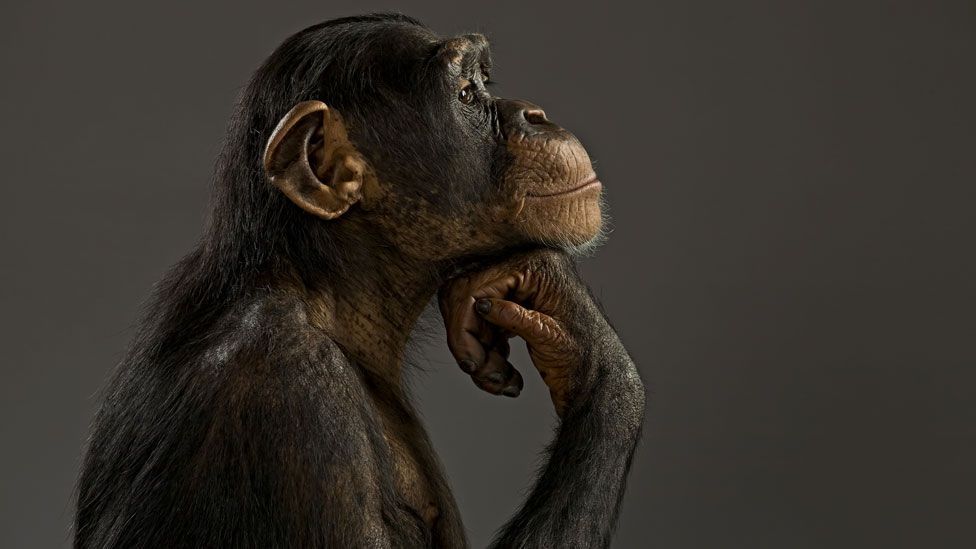 By Tim Maughan 1st October 2014
What if it were possible to engineer animals to be as intelligent as us? As Tim Maughan discovers, we may have already started.
H

Human beings have long believed that it is our unique level of intelligence that separates us from other animals. Our ability for higher learning, creative thought, and – perhaps most importantly – our sophisticated communication via speech and language, defines us as a superior species. However, as we expand our understanding of how the brain works, and use animal experiments to learn more about the genes involved in intelligence, will we reach a point where we can pull other species onto our intellectual plane?

The idea of enhancing animal intelligence may not be as far-fetched as it sounds. Consider a study published last month by Ann Graybiel and colleagues at the Massachusetts Institute of Technology about the relationship between intelligence and genes. The team genetically engineered mice to produce the human form of FOXP2 – a gene known to be linked to the human brain's capacity to learn and process speech – to see whether it would improve the rodents’ ability to learn. Sure enough, when the boosted mice were made to navigate a maze in order to get a reward of chocolate milk, they learned the route faster than the mice without the added human gene.

The results are exciting for anyone interested in understanding the genetic changes in our prehistory that helped us become the wise – or “sapient” – ape. But the nature of this study speaks to another question: whether through fundamental alterations and improvements to mouse brains we could create sentient animals with levels of intelligence to rival our own – a concept known as “uplifting”. 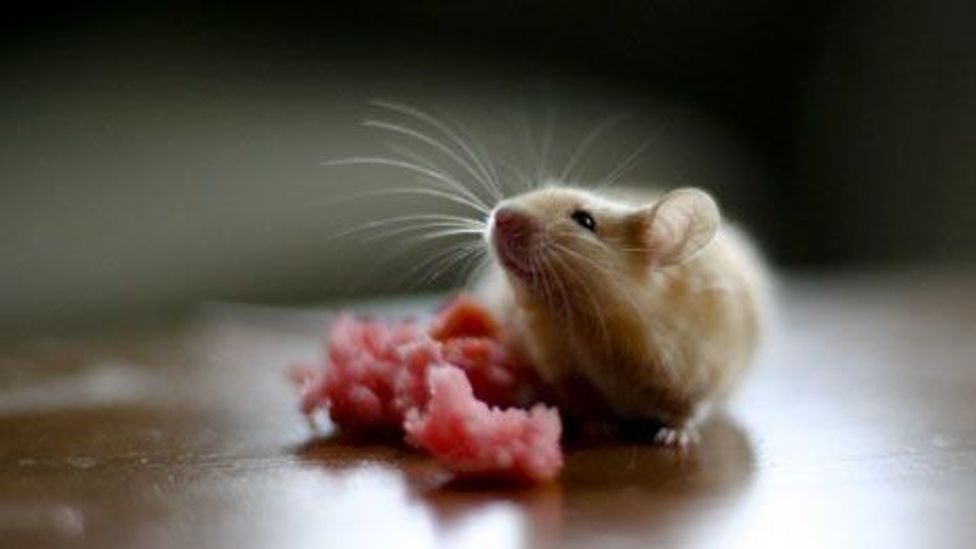 Mice engineered with a certain human gene showed they could learn quicker (Elena Gurzhiy/Flickr/CC BY 2.0)

In the past, uplifting has been explored mainly in science fiction. One of this summer's biggest movies was Dawn of the Planet of the Apes, which depicts a civilisation of intelligent primates descended from test subjects altered by scientists hoping to find a cure for Alzheimer's.

And yet the movie has parallels with real research now under way. In 2011, a research team led by Sam Deadwyler of Wake Forest University in Winston-Salem, North Carolina, used five rhesus monkeys to study the factors that lead people with diseases like Alzheimer’s to lose control of their thought processes. The researchers trained the monkeys in an intelligence task that involved learning and identifying images and symbols. They were then given doses of cocaine in order to dull their intelligence and made to repeat the test, with predictably less impressive results.

What happened in the next stage of the research was remarkable. The same monkeys were fitted with neural prosthetics – brain implants designed to monitor and correct the functions of the neurons disabled by the cocaine. These implants successfully restored normal brain function to the monkeys when they were drugged – but crucially, if they were activated before the monkeys had been drugged, they improved the primates’ performance beyond their original test results. The aim of the experiments was to see whether neural prosthetics could theoretically be used to restore decision-making in humans who have suffered trauma or diseases such as Alzheimer's – but as far as these specific tests were concerned at least, the brain prosthetics appeared to make the monkeys smarter. 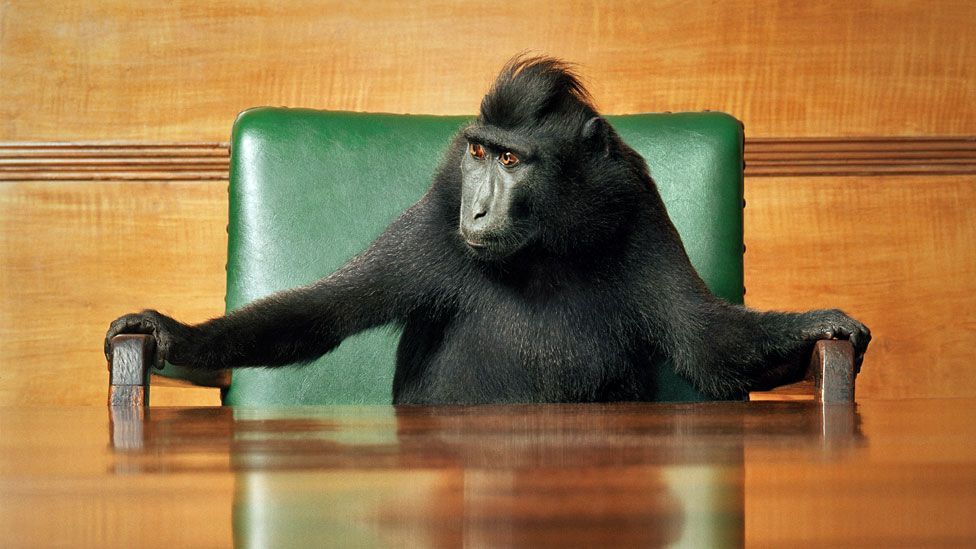 All this means we may have already entered the era of animal uplifting, says George Dvorsky of the Institute for Ethics and Emerging Technologies, a think tank that focuses on the implications of future technology. "But as for more substantive, impactful augmentations, that's still a way off,” he says. “The kind of uplift that appears in science fiction will require technologies far more advanced than anything we have today.” This doesn’t mean we won’t eventually develop these technologies, he adds, particularly as they will primarily help us use animals to learn about cognitive problems in humans, including neurodegenerative disorders such as Alzheimer's.

It’s an important point: even if the idea of uplifting may seem fantastical – and not the sort of goal we should be pursuing – the potential medical benefits in terms of combating human disease and injury suggest further progress down a path that leads to uplifting is inevitable. Certainly such manipulation of animals has advanced enough to become a serious matter to bio-ethicists: in 2011, the Academy of Medical Sciences in the UK reported on the ethics of research involving animals containing human material, and devoted an entire section to brain and cognitive manipulation.

The matter has also become a passionate debate for theorists. Some, like Dvorsky, suggest that the debate should be pushed even further, beyond considering just the medical and scientific advances. He believes in an “ethical imperative to uplift”, arguing that if the technology is developed it should be shared with animals in order to free them from the anguish of 'survival of the fittest' as much as it is to free humans: "As the stewards of this planet, it is our moral imperative to not just remove ourselves from the Darwinian paradigm, but all the creatures on Earth as well. Our journey to a post-biological, post-Darwinian state will be a mutual one." 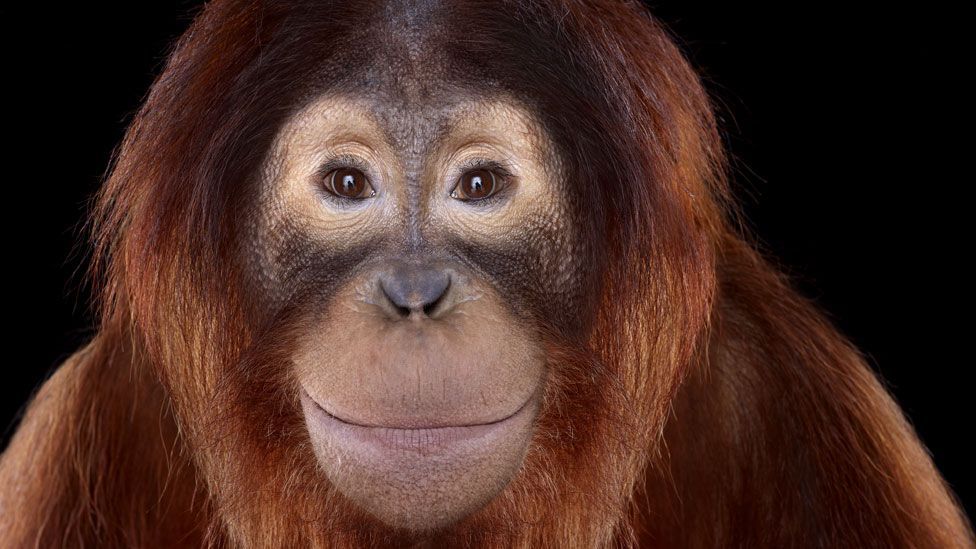 For David Brin, a science fiction author whose novels helped popularise the concept of uplifting, the reasons to pursue the idea are slightly more pragmatic. He hopes that newly intelligent species would help us share the responsibility of protecting the environment. "The oceans of planet Earth are a vast mystery, filled with both physical wealth and unique treasures to preserve,” he says. “We are trying to learn to be good planetary managers, but I doubt we could fill that role all by ourselves, anywhere near as well as if sapient dolphin partners (and critics) were by our side. The same holds for countless other opportunities for both profit and wisdom."

For others the whole idea is far more problematic. Paul Graham Raven, a researcher at the University of Sheffield, believes the pro-uplifting stance represents biological and scientific arrogance and a misguided belief in human superiority over nature, where human intelligence is viewed as the pinnacle of evolution.

This is perhaps the biggest moral dilemma of the whole uplifting debate: even if Dvorsky, Brin, and others believe granting intelligence to other species would be for their benefit, Raven questions whether we possess the moral authority to make that decision for them without their consent. "It assumes we know what's best for species other than ourselves. Given we show little evidence of knowing what's best for our own species, I'm inclined to mistrust that assumption, however well intended," he says.