Our picks of the week from around the web, including the next big mystery of the brain and the upcoming exodus from Earth.

Brain
Anatomy of attention
Alan Lightman | New Yorker | 1 October 2014
Brain scans tell us what the brain does – or least, where it reacts – when subjected to particular stimuli. The next big question: “How do neurons signal to one another and to a cognitive command centre that they have something important to say?” When we understand the nature of attention, we will be closer to answering the question of what it means to be conscious; or, perhaps, making the question redundant.

Society
Parenting is killing the American marriage
Astro Teller & Danielle Teller | Quartz | 30 September 2014
American parents venerate their children: “It has become totally unacceptable in our culture to say anything bad about our children, let alone admit that we don’t like them all of the time.” But in doing so, parents neglect one another: “Once our gods have left us, we try to pick up the pieces of our long-neglected marriages and find new purpose. Is it surprising that divorce rates are rising fastest for new empty nesters?”

Consumer tech
Your inner drone
Longreads | Nicholas Carr | 30 September 2014
We have passed a tipping-point in the automation of our lives. “As we grow more reliant on applications and algorithms, we become less capable of acting without their aid. That makes the software more indispensable still. Automation breeds automation”. We lose our skills. We surrender our agency. “When we launch an app, we ask to be guided. We place ourselves in the machine’s care”.

Metrology
The weight is almost over
Tom Whipple | Intelligent Life | 29 September 2014
The reference weight for the kilogram is a platinum block kept in Paris for the past 125 years. But for modern scientific purposes the block is no longer stable; it gains and sheds micrograms. A new standard is needed that defines the kilogram against a universal constant, as the metre is defined against the speed of light. When that happens, probably in 2018, nothing will ever be quite the same weight again.

AI
Innovation and artificial intelligence
Walter Isaacson | Wall Street Journal | 26 September 2014
Alan Turing thought computing would bring us machines that could “think in ways indistinguishable from humans”. He was a genius, he may yet be right, but our failures in developing artificial intelligence suggest an alternative outcome: “That the combined talents of humans and computers, working together as partners, will always be more creative than computers working alone”.

Drones
Flying donkeys for Africa
Jonathan Ledgard | Wired | 22 September 2014
Cargo drones could transform Africa, making good the general lack of roads. They would need to be cheap, simple, and quiet – like flying donkeys. It’d start by building a network to serve governments, hospitals and relief agencies, then open up later to anyone with cargo to ship. “Economists have estimated that $1 spent on roads in Africa returns $4 in productivity. How much better value would $1 spent on cargo drone routes be?”

Space travel
Exodus from Earth
Ross Andersen | Aeon | 30 September 2014
Elon Musk talks about SpaceX, space exploration, the future of humanity and the need to settle other planets. “If we can establish a Mars colony, we can almost certainly colonise the whole Solar System, because we’ll have created a strong economic forcing function for the improvement of space travel”. But reaching the stars will be another order of difficulty: “You need generational ships. You need antimatter drives”.

For more articles worth reading, visit The Browser. If you would like to comment on this, or anything else you have seen on Future, head over to our or Google+ page, or message us on Twitter. Why astronauts get ‘space stupid’ 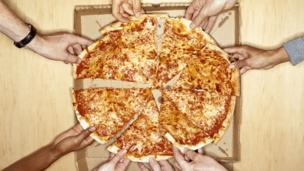 The secrets of perfect pizza 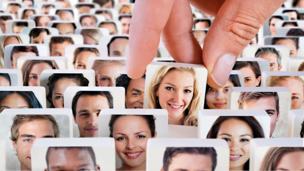 How con artists trick your mind 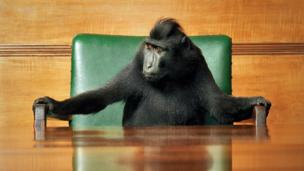 Why supersmart animals are coming
Around the BBC